What We Expect from the Righteous Generation...

What We Expect from the Righteous Generation...

The first and most important criteria of righteousness is perfect faith. The Qur'an determines the purpose of humanity's creation as belief in God, which is woven from the threads of the knowledge of God, love, enthusiasm, and spiritual fulfillment.

Only in the light of faith can people, by realizing their essential nature with all its dimensions and the existential aims of creation, penetrate the inner reality of existence. Lack of belief is a suffocating dungeon. In the view of unbelievers, existence began with chaos, developed in the frightening uncertainties of coincidences, and is speeding toward a terrible end. In this uncertain movement of existence, there is no breath of compassion to relieve them, no place of security to embrace them in our human desires, and not even a piece of ground on which they can step.

Believers who know their origin and destination, as well as their responsibilities, see everything clearly and so travel to their destination in utmost security. During their sojourn here, they carefully study existence and what lies behind it. They examine things and events over and over again, try to establish a connection with their surroundings, use the studies of others, and fill in the gaps of their knowledge and experience with untiring research and hope.

Believers have an inexhaustible source of power on which they can rely during their travel: Strength and power belong to God alone. This phrase is a power source, and those who obtain it feel no need for another. Believers who have equipped themselves with it direct their lives toward God in the hope of securing Divine approval. Their abiding optimism enables them to overcome every obstacle and challenge all kinds of worldly opposition.

The second quality is to overflow with love. People whose hearts are content with belief in and knowledge of God feel, in proportion to the extent of their belief and knowledge, a deep love for humanity and creation. They spend their lives in the colorful fluctuations of universal ecstasy, rapture, and spiritual pleasure.

There can be no permanent movement, especially that related to the Hereafter, without love. The Divine love we feel in order to gain God's approval is a boundless and mysterious source of power. Those who want to be worthy of it should make as much use of it as possible.

We need to look into the origin of existence from the perspective of the Qur'an and the Sunna. Our origin, place in the universe, the Divine purpose for our creation, and the way we should live and our final destination, as described in the Qur'an and the Sunna, are in such harmony with our thoughts, feelings, and aspirations that we cannot help but be filled with wonder and admiration.

For people of understanding, these two pure sources are a spring of love and enthusiasm, a means to ecstasy. Those who have recourse to them with pure intention and petitions of need are not refused, and those who take refuge in them gain immortality. Indeed, by combining the love and enthusiasm of those personages with modern methods and styles, we will penetrate into the ever-fresh essence of the Qur'an and arrive at a universal metaphysics.

To turn to sciences with a sensible synthesis of mind, logic and consciousness is the third quality. This turning, which also will provide a direction for the general inclination of humanity, which is lost among obscure hypotheses, will be a significant step in our liberation.

As pointed out by Bediuzzaman Said Nursi, 'in the future reason, logic, science, and eloquence will be more influential in human life.'1 He also pointed out that 'since truth-seeking scholars and the science of eloquence agree that each Qur'anic verse contains guidance and instruction, it follows that verses relating the Prophets' miracles, the most brilliant of all verses, should not be considered mere historical events. Rather, they comprise numerous indications of guidance. By relating these miracles, the Qur'an shows the ultimate goal of scientific and technological developments, and specifies their final aims, toward which it urges humanity.'2 In fact, we no longer have any other way of escaping from the cloudy atmosphere of illusions enveloping us, or any other way to reach truths and, more importantly, the most manifest Truth. To achieve this, we must become unique representatives of scientific knowledge combined with religious spirit.

Since we have been unable to assign a true direction to science, and thus confused revealed knowledge with scientific theories and sometimes scientific knowledge with philosophy, serious confusion has appeared in scientific thought and scientists have lost considerable esteem. One result is that the younger generations became alienated from their society. 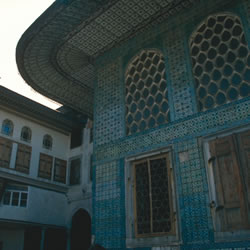 The fourth characteristic of this righteous generation is to review and re-evaluate the established views of humanity, life, and the universe. The following points should be considered in this respect: First, the universe is a book written by God for us to study over and over again. Humanity is a transparent index of all the worlds, a being that can discover the depths of existence. Life is the manifestation of the meanings filtered from that index and book, and reflected by Divine Expression throughout the universe. If humanity, life, and the universe are three aspects of a single truth, each having a genuine color of its own, then a partial approach to them shows our disrespect for humanity in particular, and for creation in general, as such an approach demolishes the harmonious composition of reality. Humanity must study, understand, and obey the Divine Revelation derived from Gods Attribute of Speech. Therefore, we must perceive all things and events to which God gives existence through His Knowledge, Will, and Power. Being the manifestation of the Divine Attribute of Speech, the glorious Quran is the spirit of existence and the sole means of happiness in this world and the Hereafter. The Book of the Universe is the embodiment of this spirit, and an account of the branches of science originating in it. Thus it is a very important dynamic of both worlds, direct in relation to this life and indirect with respect to the other. For this reason, people who understand both of these books and apply their principles in their lives will be rewarded, while those who do not will meet the consequences of their neglect. Second, our humanity lies in our feelings, thoughts, and character, which also determine our esteem in the sight of the Creator and the created. Sublime human attributes, depth of thought and feeling, and a sound character are valued by everybody. Those who adulterate their faith and conviction with irreligious thoughts and cause distrust to emerge in their characters will not receive Gods support and help nor preserve their esteem and dignity among people. We should not forget that God Almighty and people evaluate people according to their human character, and that those without human values cannot perform great feats even if they appear to be good believers. On the other hand, those distinguished with laudable virtues and a sound character cannot always fail despite their apparent weakness in conforming their lives to religious principles. Third, an Islamic goal can be achieved only through Islamic means and methods. Muslims must pursue Islamic goals and adopt Islamic methods to attain them.

As Gods approval cannot be obtained without sincerity and a pure intention, Islam cannot be served and Muslims cannot be directed toward their real targets through diabolic means and methods. The generation that will be responsible for bringing justice and happiness to the world should be able to think freely and respect freedom of thought. This is the fifth quality of the righteous generation.

Freedom is a significant dimension of human free will and a key to the mysteries of human identity. The Muslim world has been under internal and external pressure for centuries. The resulting restrictions placed on our feelings, thoughts, culture, and education have made it almost impossible for anyone to maintain his or her human faculties, let alone realize a renewal and development. In such a climate, one in which it is difficult to live as a common man or woman with human values, a person of true greatness cannot be raised. Only people with weak characters, inactive dispositions, palsied brains, and paralyzed feelings grow in such climates. If this is so, we should realize the need to be more tolerant and more altruistic when we move toward a better future. Today more than anything else, we need magnanimous hearts and open, profound minds that respect free thinking, are open to science and scientific research, and can perceive the harmony between the Quran and the Divine laws of the universe and life. This requires the existence of a community in which geniuses can flourish. In the past, a single genius could lead a nation toward high objectives. But today, when everything has taken on an incredibly elaborate form and specialization has gained prominence, counsel and collective consciousness have replaced geniuses. This is the sixth point, which should be given due consideration by the generation that aims to give a better shape to the world.

Finally, as the seventh quality this generation should be equipped with mathematical thought, as this implies comprehension of the enigmatic connection between creation and mathematical laws, and the discovery of the mysterious world of numbers. Without mathematics, the mutual relations between humanity and things cannot be perceived. Like a source of light, mathematics illuminates our way from the universe to life, and shows us the depths of the world of possibilities beyond human imagination, thus enabling us to attain our ideals. To obtain a full perception of existence, we should follow mathematical laws in all fields: from physics to mathematics, from matter to energy, from body to soul, and from law to spiritual training. This implies that we need to adopt both spiritual training and scientific research. The West has used so-called mystical movements to compensate for a true system of spiritual training. But Muslims have no need to search for a foreign system to quench their thirst for spiritual satisfaction. Everything a person needs to design his or her life on sound foundations is found in Islam, provided that one understands Islam in its pristine purity and original comprehensiveness. Lastly, to understand the concept of art that righteous people should have, we should have a much more developed intellectual capacity, refined feelings, and sensitivity.