It's me, Peter, your Muscular System!

It's me, Peter, your Muscular System! 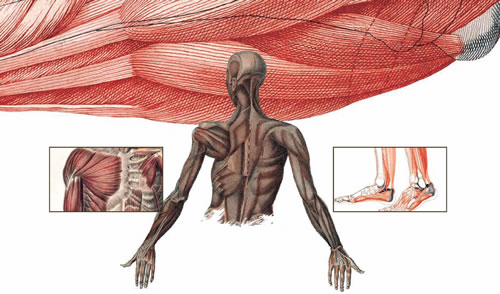 Dear Peter! I, your muscular system, would like to talk to you today; I allow you to walk and do all kinds of movements very easily. In the most recent essay of this department, the skeletal system, which works together with me, discussed how it protected your body and enabled you to stand straight and firm. Sure, this is true. However, as you know, huge rocks and trees can stand straight, too; but they do not have what you do-the ability to move. They are rigid and inflexible because they do not have a system that allows them to move.

You on the other hand, as the most splendid creation in the entire universe, have mobility. All animals have mobility at different levels, thanks to the muscular tissues, which work dynamically behind all the moving organs. However, you, human beings are like neither the animals nor the plants. You have not been created to live like a tree that is pegged down in earth or like an animal that unconsciously tries to meet only its biological needs. Our Designer, God, has made you and your descendants the most important of all creation. He has given you qualities that help you to discover the world, learn, invent and establish new civilizations. To realize such potential and to carry out such duties, you need to first have the freedom to make changes in your small immediate world, which can only be done through motion. In order to enable you with this ability to move, my Creator has put me at your service. I am a system that comprises hundreds of muscles and millions of packed cells.

My most important feature is the cells that move by burning sugar, like a motor consuming fuel in order to work. My cells can shorten and lengthen thanks to the intracellular fibrils (myofilaments) that contract and expand. As a result of each contraction, I pull the bone or the organ that I am attached to and cause it to move or change shape. With the exception of your heart, your bones and organs cannot move on their own. Their ability to move depends on the nature of the muscle they are attached to.

Indeed, I can be called both an organ and a form of tissue. I can use my contraction ability not only as muscle tissue, but also as an organ and a system which runs throughout your body. That is the reason why I appear in so many different types and shapes of muscle bundles. Let me give you an example to help you better understand what a muscle consists of: Let us imagine that a thin thread is like a basic muscular cell. Let us now bring together a great number of threads and make string out of them. Then, let us bring together those strings and make a clothes line. Next, let us bring together a great number of clothes lines and make a very thick rope. Now, imagine this thick rope as a muscle and an organ. Yet, this example is too basic compared to the sophisticated muscle.

Peter, do you think that coincidence plays a role in this complex and wonderful mechanism and the incredible structure which I have attempted to simplify with an example? Not even a simple thread can be produced without a thread-maker or a machine. Each of your muscles comprises billions of fibers, wrapped all around your bones and giving shape to your body. Can such a complex and delicately intricate structure exist on its own and be positioned in the best place it could possibly be?

My muscles consist of bundles that are made of thousands of muscle fibrils; the size and shape of each muscle depends on which bone it is attached to and what function it does. For example, the muscles that move the bones in your arms and legs are long and spindle-shaped; whereas the ones that are attached to your body can be circular, or triangular, or spread over a broad area. Whatever shape they have, the red skeletal muscles, which are attached to your bones, are very strong and they are voluntary muscles, which mean you can control their movement. When you walk, run, do something with your hands, lie down or stand up, you always use my red striated muscles. The strias (stripes) can only be seen under a microscope because of the histological structure of these skeletal muscles that make up a great part of your body.

My smooth muscles are involuntary muscles that work without your control. Their movements are slow and their contractions last longer, which is the reason why they do not tire easily. The smooth muscles lie in the walls of digestive system, blood vessels, and urinary tract, but I will not talk much about them since each system has referred to the smooth muscles within itself and in detail in previous talks. Because they are not attached to your skeleton to work, the smooth muscles do not play a role in your movements, such as walking around; they only work for the movements of your inner organs.

The third type of muscle belongs to your heart (cardiac muscle) and although the heart has a little striated muscle tissue, it, too works involuntarily. Therefore, you should be aware of the fact that it is the striated muscles which work for the movement of the skeleton and do the major job, and that it is this that we refer to when we say “muscle.”

A great number of bones have been created in order to support your body, and joints have been placed between those bones for them to take the proper shape according to every movement. However, none of those joints have the ability to move by itself. A door or a window, no matter how good it is, cannot be opened or closed without an outside force to pull or push it. In the same way, a joint needs a force to move it and that force is produced by your muscular system. There are around 340 muscles included in your muscular system. It has been estimated that all the muscles in your body perform 510 different functions! While some of those functions are bone movements in your joints, other muscles can perform movements without moving a bone at all. Muscles that are placed in your forehead, face, eye lids and abdomen are those kinds of muscles. They can help you look worried by wrinkling your forehead or grimacing when you are disgusted by something.

In order for you to make all the movements that your body needs, my muscle components have to be both very strong and flexible. The most important feature of my muscle components is that they can be trained and strengthened with a systematic workout. The main goal of all sportsmen who compete is to increase the strength and the endurance of their muscles. As a result of intense exercises with weight and speed, the number, the diameter and the length of my muscle fibers will increase. Thus, I can gain more power to be able to do more work and also gain the ability to contract faster.

However, in addition to all this training and exercise, genetic factors also play a role in my health. For this reason, not everybody who works out can become a good sportsman; but if the person has innate muscular and skeletal capacity, with good exercise this capacity can certainly be enhanced and developed. However, if a person does not have the proper muscular structure for a particular sport, it would be unfair to expect them to be a champion! Although my muscles always seem to be of the same type at first sight, I might show different behavior depending on the distribution of the special fibers inside them. Some of my fibers twitch fast and tire easily, some of them twitch slowly and tire later. Depending on the distribution of these different fibers, the movements and sport that every person can do differ from person to person. In this case, an athlete who can run only 100m and an athlete who can run 10,000m do not have the same development of muscles; they have different amounts and distributions of special muscle fibers.

In order to produce muscle contraction, an electrical signal is sent through a motor neuron to the synaptic gap, which is positioned between the muscle cell membrane and the nerve cell. As a result, a chemical reaction occurs, which, in a very short time, causes the actin and myosin proteins in the muscle fibril to slide past each other and thus shorten the fibril, contracting the muscular cells. During this reaction, the temperature also rises a little and the total heat generated by all the muscles determines your body temperature. For this reason, in cold weather, my muscles vibrate, increasing your body temperature and trying to maintain it. You may now understand why moving the parts of the body in cold weather helps people avoid from getting sick or freezing. As you can see, every act of my Creator is quite purposeful. He can create two or even more functions within one task: Through your muscles, He not only provides you with the ability to move freely, but heat is also produced and you are protected from getting cold.

When a muscle fiber contracts frequently as a result of successive electrical impulses from a nerve fiber, it becomes tired after a while and needs rest. In this case, other muscle fibers which have not contracted for a while will take over and continue the job. However, if the electrical impulses from the nerve come too frequently and my muscle fibers do not have an opportunity to rest, a condition of constant contraction, which is known as physiologic tetanus, occurs.

The tension receptors that are placed on my muscles help maintain the harmony and coordination of all your movements including walking and running, bouncing and sitting down. They do this by constantly signaling the nerve system and providing feedback about the condition of my muscles, and about the speed and the intensity of contraction. Thus, through these receptors which control and coordinate my muscle activities, the well-being of my system is ensured. It is this that prevents you from wobbling when you walk, or helps you to take a spoonful of soup to your mouth without spilling it.

Like any other tissue or system, I, too, have some special disorders. The most common disorders are: weakness, malformation, muscles that develop and move involuntarily and habitually, especially in your face (tic), infected muscles (myosite), muscle dystrophy, muscle rigidity (the Stiffman Syndrome), benign or malignant muscle tumors (leiomyom, rhabdomyoma, or Rhabdomyosarcoma). These disorders differ in their degree of severity and risk.

Dear Peter! You have now seen that each muscle helps your organs to move, holding your bones and giving shape and function to your body, making you a beautiful model and an inspiration for sculptors. You may have understood that this is a work of knowledge and might; there is no way that the myofibril in my one cell could form by itself as a result of a coincidence.

Irfan Yilmaz is a professor of biology at Dokuz Eylul University, Izmir, Turkey.