Our sun is a single star system, but using new technology, scientists are discovering double – and even triple! – star systems

How can this be possible? A planet traveling around two stars enters the gravitational field of each star during its motion, and its velocity and orbit constantly changes.

If stars can shade (eclipse) each other, it is possible for one planet to shade one or two stars. When this event takes place, the planet and stars orbit on the same plane. This intersection on the same orbital plane means that the planet and star have passed in front of each other; we can measure this due to a reduction in the amount of light emitted by the star. If the distance between the two stars is too long, these stars act as if they are isolated from each other. In that moment, the planet that is moving on one of the star’s orbits does not feel the effect of the other star. These are called S-type planets and dozens of them have been discovered in the last decade.

Interesting events take place when stars get close to each other. In such cases, the time required for stars to make a complete revolution around each other is described in days or weeks. The ability of a planet to move in “braided pathways”[1] that will allow a stable orbit around two stars that are so close to each other cannot be a coincidental event without fine adjustments.

In a system of a single star and planet, the transit of the planet occurs as if the light makes a periodic movement, such as when a light house rotates around itself. These passes allow us to detect stars. Double-star planet systems are another example of this. It is not easy to estimate the movement of an object consisting of three elements. In a single-star system, the star’s movements are stable; thus, it is easy to estimate the movement of a planet. Yet in a double-star system, the distance between the two stars is much shorter than their distances to the planet; for this reason, these stars revolve at a higher speed around each other than the planet revolves around them. This means that the planet’s rotation is difficult to predict.

As a result, the planetary movement of a double-star system will not be periodical; different than that of a single-star system, the time of transit passes will vary according to the relative motion of the planet to the star. If the planet and the star it revolves around are moving in the same direction, the transit pass time will be longer; but if the star is located at the other half portion of the orbit and traveling in the opposite direction, the transit passing time will be much shorter.

The Kepler spacecraft and telescope that NASA launched in March 2009 is designed for detecting planets that cause reductions in the light of stars when they are passing in front of them. Today, more than two thousand twin star systems that display eclipses have been discovered. Two planets that revolve around stars eclipsing each other every 7.5 days were discovered and called the Kepler-47 system. Along with these double star systems, a triple-star system has been discovered through the Kepler telescope; the properties of this system are extraordinary.

Among these, planet Kepler-47b of the inner region completes its voyage around its stars in less than 50 days. In addition, this planet, which is not visible directly, is predicted to be a very hot planet. Since a foggy layer inhibiting its visualization is found to have formed as the result of methane gas combusting in its hot atmosphere. Kepler-47b, which is three times bigger than the Earth’s radius, is the smallest planet among those that have been discovered in two-star systems.

The planet Kepler-47c of the outer region completes its one full tour around its twin stars in 303 days and it moves in a region that is described as the habitable zone in the Milky Way galaxy. There can be liquid water present on the surface of a planet in the habitable zone. However, just being in this zone does not totally mean that the place is suitable for life. Kepler-47c is predicted to be slightly bigger than Neptune and to have an atmosphere composed of thin and bright water-vapor cloud. 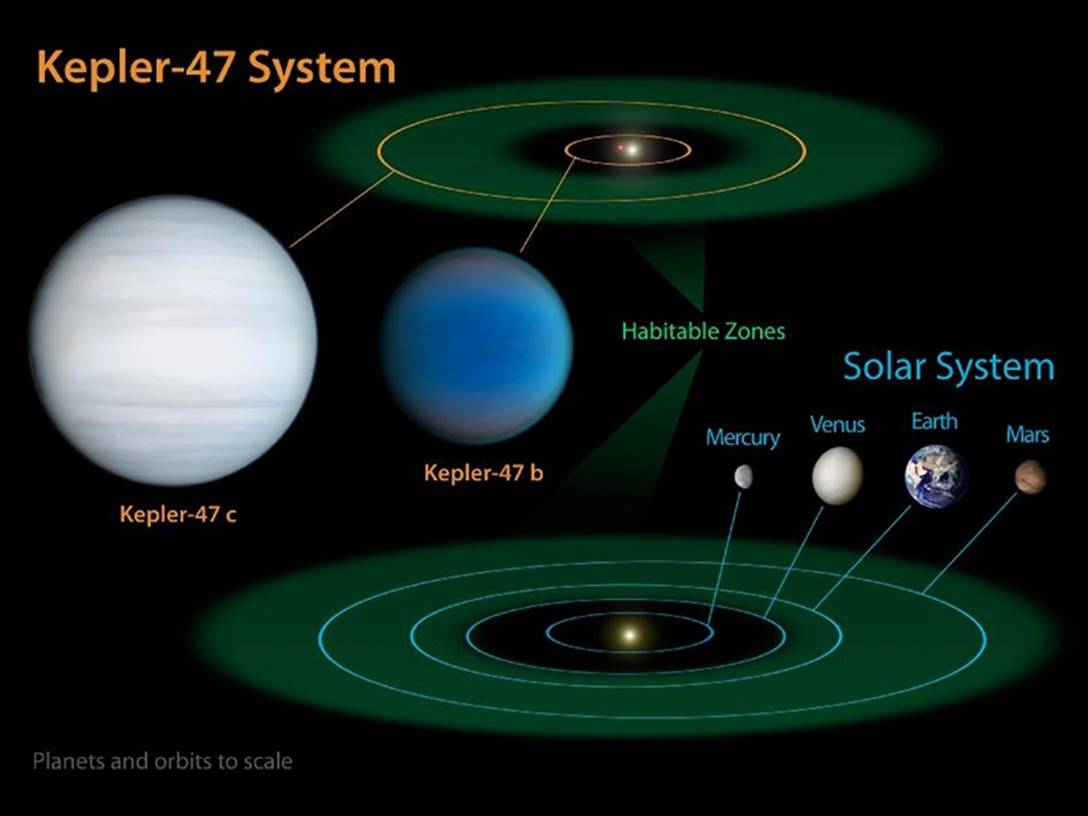 Kepler-47c exists in the habitable zone and liquid water is predicted to be present on its surface. 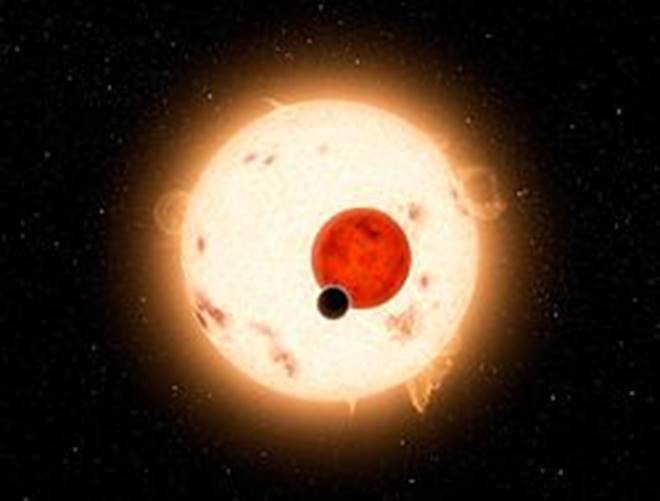 A representative image of the Kepler 16a/b based on acquired data.

[1] The Qur’anic verse “By the heaven full of braided pathways, surely you are in contradicting views”(Adh-Dhariyat, 51:7-8) sounds like pointing to this phenomenon.