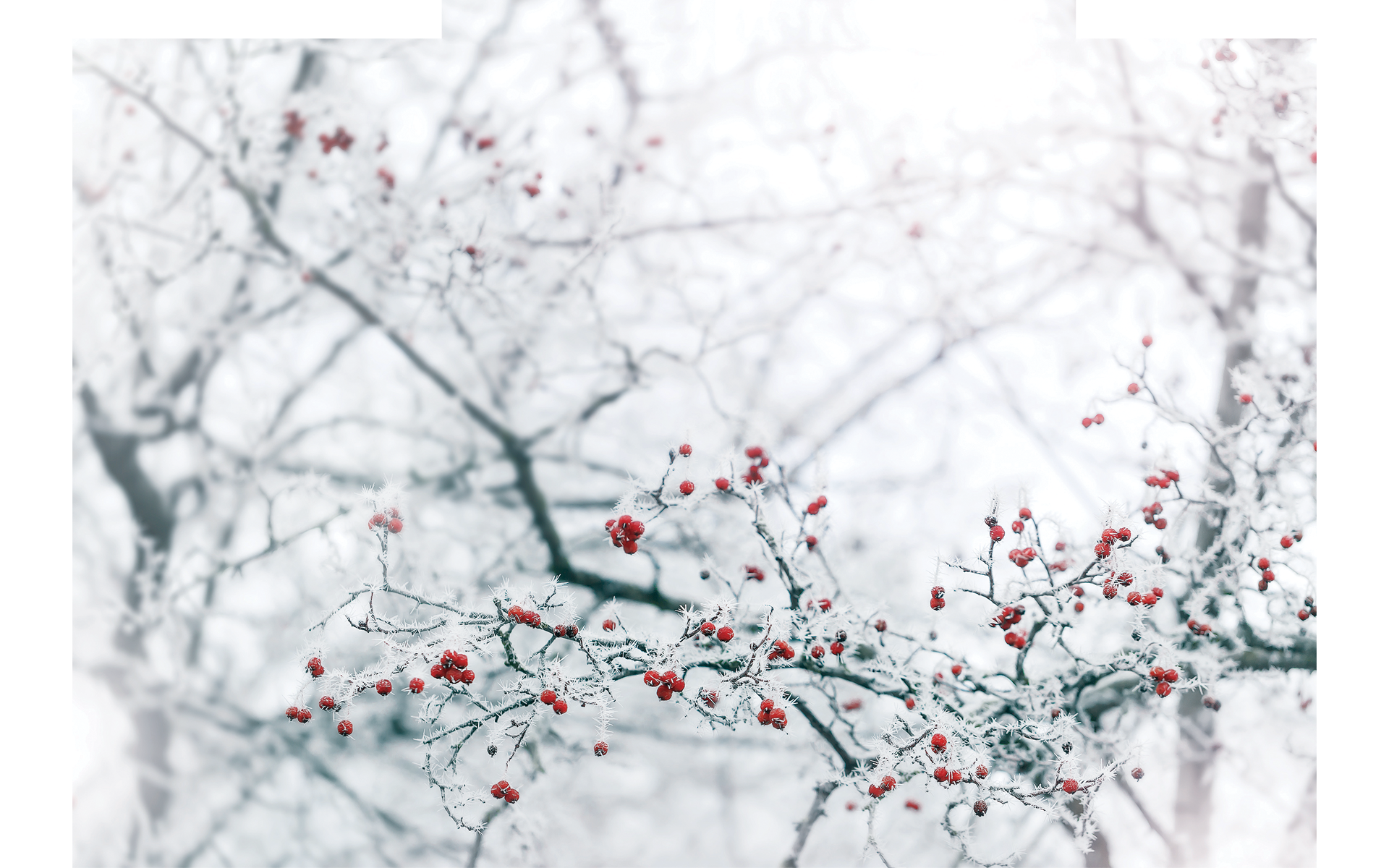 Safa, in the language of Islamic Sufism, signifies the state of a heart at peace because it has been purified of all kinds of things that contaminate it, such as sin, feelings of ven­geance, jealousy, and hatred, and suspicion of others. The verse (38:47), They were, in Our sight, among the perfectly purified, chosen ones, the truly good, which expresses the holiness and greatness of some Prophets, stresses purity in the greatest degree. The word mustafa, derived from safa, and which means pure essence, extract or the cream of something, is the special title used to express in particular the rank of our Prophet, due to his being the essence and cream of existence and the master of both worlds—this and the next. So, having a special distinction among all ranks and being a symbol of transcendence among the Proph­ets, it has always been a goal to which the Prophets and the puri­fied, saintly scholars have always aspired.

Purity originates from the purest and most blessed of sourc­es and reaches the pool of the human heart, from which it issues and flows into other hearts to enlighten them on new wavelengths according to the capacity and disposition of each and the requirements of time and conditions. It sheds light on the ways of the travelers to the Ultimate Truth so that they can follow them eas­ily. It purifies their hearts and equips them with sincerity, guid­ing them to the truth of Divinity, causing their spirits to move in ecstasy with the infinite pleasures of supplication and their hearts to move with love, zeal, and yearning for meeting with the All-Beloved. It is usually dealt with in three categories:

The first is purity of knowledge. It occurs when a traveler continues the journey under the guidance and in the light of the knowledge taught by the Messenger, upon him be peace and blessings. The Book and the Prophetic Sunna are followed strictly and with utmost care during the journey, the requirements of doing so being never neglected. With the good pleasure of God as the sole aim of the journey, the traveler faces all hardships and dif­ficulties, without ever losing the resolve to continue on the way.

In other words, purity of knowledge occurs when an initiate who is traveling under the guidance of the sun of Prophethood, puts heart, spirit, and reason under the command of this sun. Following him to the utmost possible in all thoughts, actions, and attitudes, the traveler is annihilated and revived in him, and appeals to his judgment to solve all the problems encountered. The traveler is honored with various favors to the extent of love and knowledge of the supreme goal—God—and zeal and yearn­ing to meet with Him in the footsteps of the pride of Messengers, upon him be peace and blessings. The author of the Gulshan-i Tawhid (“The Rose-Garden of Divine Oneness”)[1] talks about this rank as follows:

Go and pursue such knowledge that
it can open your heart and solve all your problems.

By contrast, any knowledge that does not inspire in people the true aim of life and, in order to realize that aim, does not equip their sight with the necessary light, their will with strength, their spirits with love and zeal, and their hearts with the desire to reach the realms beyond the heavens, is not promising, even though it may not be a delusion or mere illusion.

The second rank in purity is purity of state. It occurs when the heart constantly beats with the awe of God and love of the truth. It expresses its excitement and anxiety in supplications and entreaties to the Almighty, removing feelings of loneliness and gloom that come between it and the truth, becoming a hill where the breezes of peace blow. Setting itself solely on God alongside all the other faculties, such as the emotions, consciousness, and perception, the heart flings all else except the Almighty into the abyss of nothingness, like a stone, in order that nothing should veil God from it.

When travelers on the way to God attain the state of purity and refinement, their hearts overflow with the manifestations of the truth of Divinity, their spirits are flooded with the love of truth, and enraptured with the real beauty of existence which they observe through the windows that have been opened in them. In this state, they turn to the Realm of the Holy Presence with the most enchanting of supplications voiced with the full force of their sincere feelings, feelings that have begun to speak instead of themselves. They unburden themselves, feel that God is turning to them, and taste the deepest of pleasures. It even happens that in this state they mention and invoke the Divine Names consid­ering the Divine Being Himself called by these Names, and the Divine Attributes in consideration of the All-Merciful (ar-Rah­man)—the primary attributive Title of the Supreme Being Which, like the Name Allah, can be used for Him exclusively. In the rising waves of their feelings, they sense the pleasure that the angels have in worshipping the Almighty, witness the self-pos­session of other spiritual beings, are enchanted with the myster­ies of the higher, incorporeal realms of existence and the beings that inhabit them, and feel as if they transcended the limits of humanity. In the following couplet, the author of al-Minhaj points to this spiritual state, which one who does not experience it cannot grasp:

Sometimes a person is dumbfounded in this state,
without being able to utter a word,
And sometimes only one who experiences it can know what state this is.

Purity of meeting with God, which is the third rank in purity, occurs when the worshipping servants become as nothing or, to put it in other words, feel and know annihilation of their own being, attributes, and actions in the Being, Attributes and Acts of the Necessarily Existent Being, and live immersed in observation of the blazing manifestations of God’s Existence and Knowledge. In other words, the pleasure that the worshipping servant feels in God’s service is combined with and melts away in the duties of servanthood due to His being the Lord (One Who creates, sus­tains, brings up, and protects), and the mysteries of existence become unveiled and come into view on all sides. The manifes­tations of God’s Existence and Knowledge that pour in complete­ly pervade the conscience, and the shadow of the truth, which will become visible in the other world, begins to be seen with the eye of the heart. To paraphrase the state, God declares concern­ing His servants whom He has made near to Him: He hears through Me, and sees through Me, and holds through Me, and walks through Me.[2] So, such servants observe from their obser­vatories of heart and innermost faculties, such as the secret (sir), the private (khafi) and the more private (akhfa), the Realm of the Transcendental Manifestation of Divinity with some of its mys­teries, and the Realm of the Transcendental Manifestation of Divine Attributes and Names with some of its particularities, and the Realm of the Transcendental Manifestation of Divine Commands with some of its aspects, and the truths originating from the Divine Being. They know the substantial truth behind reali­ties that are evident to everybody, and acquires certainty in their knowledge, and their certainty rises to the degree of certainty that comes from direct experience (haqqu’l-yaqin) according to their capacity. Peculiarities vanish and particular natures melt away in the burning rays of His “Facial” Light, and only His Self-Subsis­tence is felt. In this rank, initiates, who have reached a state of pleasure that pervades the whole being, feel as if a drop has become an ocean, a particle the sun, and everything has turned into nothingness. They feel and know Him only, and begin and end with Him, and work by Him. They may go so far as to con­fuse His Being with His manifestations. Those who are not able to enlighten their feelings, consciousness, and faculties of per­ception with the light brought by God’s Messenger, may make mistakes or be confused in their comments. There are lots of beautiful words that those who have enjoyed this third rank of purity have uttered to express their state. What follows is only one of them:

You have seen the lights of the sun (that is,
you have burnt to ashes in the rays of the Divine “Facial” Light);
and now you no longer exist.
A drop is lost in the waves of the ocean, and you, being a drop,
have been lost in the ocean of mysteries.
You will no longer be able to find the drop.
Though it is not in the capacity of everyone to be lost,
those who are annihilated like me are not few.

If those who try to explain purity of meeting with God use words that suggest incarnation and union in order to convey their states and pleasures, they are apt to be confused in their interpretations. Therefore, they must immediately appeal to the light of Muhammad, upon him be peace and blessings, and correct their confusion. On the other hand, those who adopt an interpretation and attitude that arise from a spiritual state and pleasure simply as a thought system and philosophy, are clearly misguided and are regarded as being in rebellion against God until they enter the way of the Messenger and his Companions.

O God! Show us the truth as being true and enable us to fol­low it; show us falsehood as being false and enable us to refrain from it. O God! We ask You for Your forgiveness, and health, and approval. O God! Guide us to what You love and are pleased with. And bestow blessings and peace on our mas­ter Muhammad, the sun of guidance, and the means of happi­ness, and on his Family and Companions, all of them.