It’s Not About Where You Break 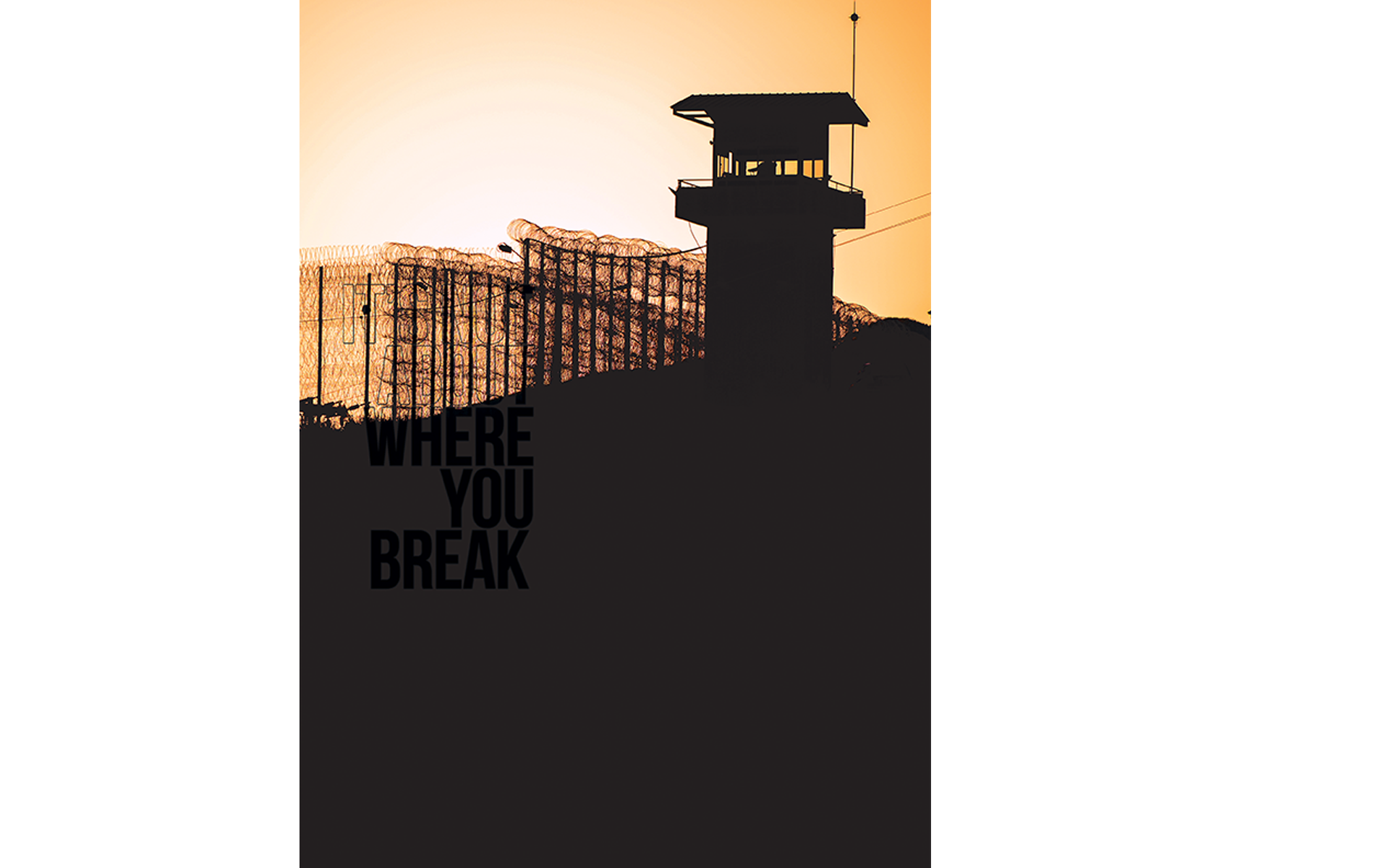 After watching my father battle a severe mental illness, threaten my family members, and assault a family friend, I called the police on him. It was 11 p.m., the night before Easter.

Though most of the members of my family had restraining orders against my father, they all went to bed afraid he might show up on their doorsteps and make good on the threats he had sent in text messages, voicemails, and emails.

After he gave away enough of his location that I knew where he was, I made the decision mechanically. I can get him arrested, I thought. I didn’t stop to think much about whether I should.

Five months prior, my father lived a healthy, normal life in Wyoming with his wife and eight-year-old son. He ran a very profitable business. My husband and I regularly visited for the holidays. We exchanged gifts and spent the day feasting, like any other family.

But my father, tired of being medicated and living peacefully, relapsed on heroin during a trip to Mexico – a trip I’m not sure he ever fully came back from. Landing in Newport, Oregon, he invited me to visit the aquarium with him since I lived only two hours away. I went.

When I arrived, he was barefoot outside on the porch in January, and there was blood all over the floor from a fistfight my father had started with an elderly travel companion. My father was delirious, singing along to a Prince song. He’d recorded his own “cover” on his cellphone.

He demanded I take him to the emergency room because he was in so much pain. Not knowing what had happened, I followed his instructions, driving breakneck speeds down the coastal highway to the nearest hospital. He had no insurance.

Turning to me, he whispered, “You could do it, couldn’t you? You could send me off in a way that doesn’t hurt? Please?”

I spent a week with my father. I spent a week translating for him, managing his business accounts, keeping track of his schedule of medications. I did my best to discourage him from drinking so the antibiotics would work, though he drank full fifths of liquor behind my back.

When he became violent with me while we were driving to John Day, Oregon, the city where I lived as a baby, I ran away. Because there were no rental cars nearby, I rented a U-haul and drove myself back to Portland before he saw me the next morning. If it weren’t true, it might have been funny.

As my husband held me there on the floor, I asked, “Do you think less of me now? Now that you know where I break?”

After a moment of thought, he replied, “No. Strength is not about where you break. It’s about how you handle yourself when you’re broken.”

Those words remade me. In light of them, I pulled myself off the floor and did what I could. I resumed my routines. That was all I could manage right then.

Shortly after I called the police on my father, who had continued to spiral out of control, I volunteered with a friend to build a production garden for low-income families. While there, I overheard some of the people in the organization talk about building gardens in correctional facilities. Intrigued, I applied to be a volunteer in that branch of Growing Gardens. If I couldn’t directly help my father, incarcerated in Fort Collins and later extradited to Wyoming, then I could at least help people like him.

On my first day of volunteer training, I walked up to the tall, barbed wire fence of the all-male prison and questioned my own judgement. I had signed my life and safety away and had numerous conversations about the risks I was undertaking. Still, I walked through those double-gated doors.

That first day, with the help of 10 inmates, we planted 108 tomato plants. When I came back the following week, we harvested three full buckets of fresh lettuce. One inmate in a wheelchair used a burlap sack to transport himself down the rows to plant carrots and chard.

I turned to the nearest inmate and said, “You know, I have not once been treated poorly here. I’ve never been disrespected.” And it was true. The worst comment I ever received in the prison had actually been from an officer. Still, I had received worse treatment walking down the street than I ever did inside the prison.

In the months that followed, despite everything, I still had compassion for my father. I didn’t blame him.

One of my friends asked, “I wonder when your capacity for forgiving him will run out.”

I told him, “If I had a brain tumor that changed how I acted, would you hate me? Would it be my fault?”

“Then I can’t blame my father. His mental illness is not his fault.”

The State of Wyoming sent my father to the state mental hospital for an evaluation, and in six months, he was out on bail. He called me on my birthday. Though it crossed my mind that I could stop volunteering at the correctional facility, I kept going. It had become therapeutic for me.

Now, I passionately believe that the prison system represents a crossroads in our society where issues of mental illness, poverty, addiction, desperation, and race intersect. The prison system might be the best way to tackle these complex issues. By examining the legal and criminal justice systems, we can analyze the ways our society criminalizes poverty. We can think critically about mental health and drug rehabilitation solutions.

When I came to the correctional facility for the fingerprinting necessary to receive my volunteer badge after six months of training, I met a volunteer from a different program. He was a black man who had been incarcerated in that very prison just a year prior. After seeing the inside of the system, he vowed to change it from the inside out once his sentence was up. In just a year, he had become a drug and alcohol rehabilitation counselor who met personally with inmates to create programs for them and get them into self-sustaining communities and halfway houses once they had served their time. Rather than wallow in self-pity or blame himself for whatever he had done, he picked himself up and handled himself while he was broken. And he did so in a way that helped people in the same position.

My mom says, “Picking yourself up is what makes the difference between a victim and a survivor.”

I still volunteer in the correctional facility and am working toward creating community garden programs in my neighborhood while I prepare for graduate school. My father is still facing trials for what he did, but I believe he is now on the road to recovery.

Sometimes, disaster hits. Maybe you lose your job or you fail a class or a family member commits a terrible crime. Maybe you lose your home or you have a chronic illness or you escape an abusive relationship. These are the times when we, as humans, break. But it’s okay. You pick yourself up. You go through the motions. You handle yourself while you’re broken.