Embryonic Stem Cells: What Do They Hold in Store? 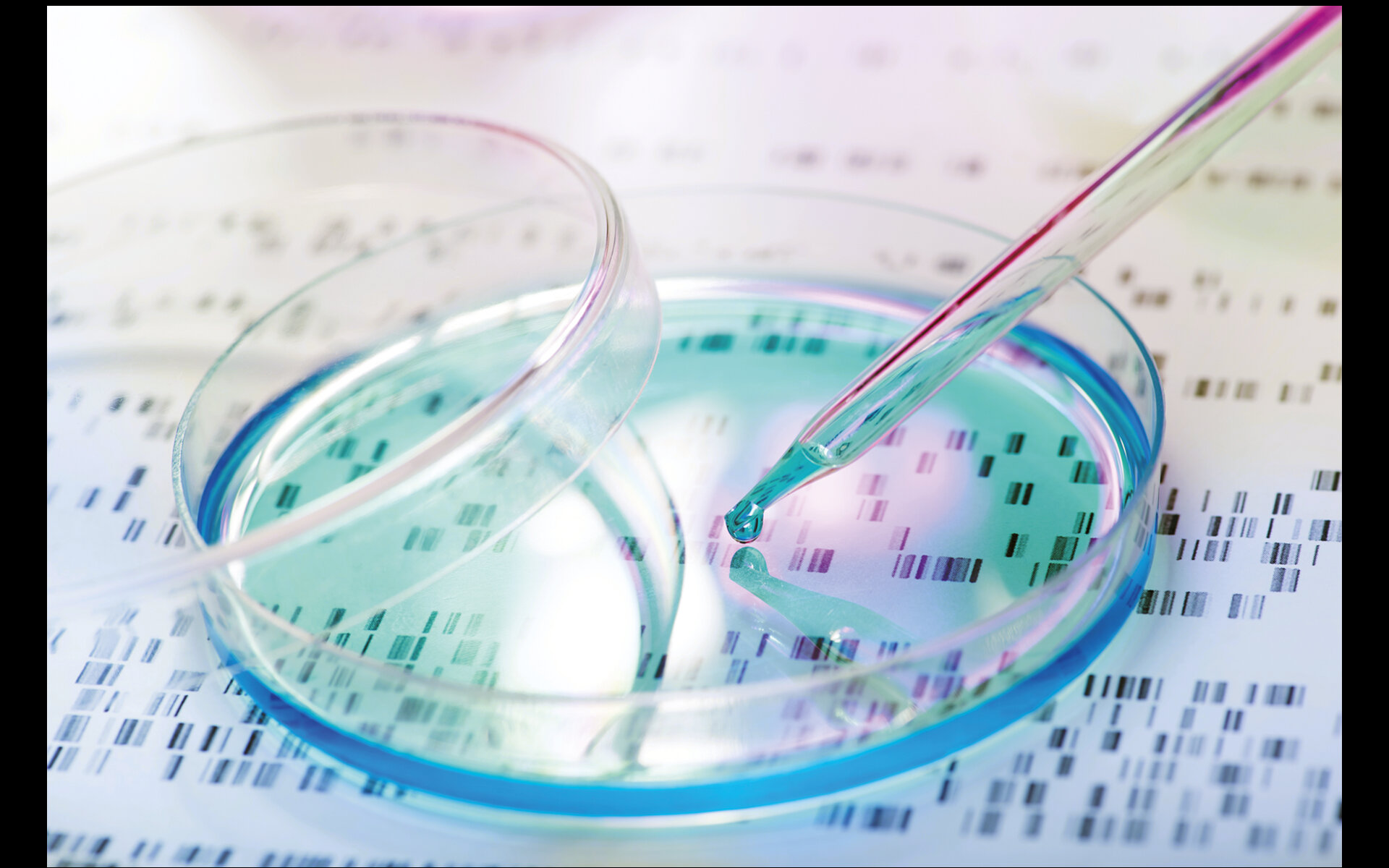 Embryonic stem cells are cells in the early stages of embryonic development when a fertilized egg cell is divided first into two cells and then into four, eight, and sixteen. Each grows into a brand new cell type and multiplies as per the codes present in its DNA program as tissues form and organization starts.

After twenty years of research and accompanying debates on the human embryo, we are finally on the threshold of both reshaping our present concepts in biology and moving on to clinical case studies. The first human embryonic stem cells were produced in 1998. Studies researching the question, “Can we treat diabetes by reprogramming the DNA in these cells at the beginning of life?” switched first to how human genes worked and which genes are responsible for the development of particular tissues and then to the embryonic stem cells for these areas and ultimately to replacing or reprogramming a “faulty or deficient” gene.

The most controversial topics in genetics and embryonic studies are related to bioethics. Many scientists are grappling with questions like whether is it ethically correct to intervene with the genetic programming of a fertilized human egg (zygote)? If so, what should be the limits? Are we trespassing a divine domain?

Embryonic stem cells have been an excellent source of information that we lacked throughout history about how living organisms started to develop. Like astronomers who trace their knowledge to the Big Bang in order to obtain fundamental information about the origin of the universe, biologists have been researching how the molecules in a single cell went through sequential and planned changes, how they transformed and acquired new functions that triggered the mind-blowing developments in diverse, miraculous living organisms. Scientists have found out how primordial embryonic cells transformed into more than 200 cell types that constitute various tissues and organs. The number of studies has skyrocketed about which molecule types can be used to regenerate the damaged tissue, say, after a traffic accident. Embryonic studies that focus on the regeneration or reparation of medulla cells (spinal cord) have been a source of hope for some patients with permanent paralysis because of a broken back injury or severed spine in a traffic accident or those who are still stranded in wheelchairs. Similarly, the preliminary findings of research into Parkinson’s and diabetes are extremely promising, and a new study reports of two blind people with macular degeneration (which causes blindness) who have been treated.

The increasing number of research studies into embryonic stem cells sparked off intense debate both in religious circles and among the science community that care passionately about the sanctity of humans. Allegedly, lab studies were conducted on human embryos without restrictions, which were grown until tissues and organs formed but were then killed. In 2001, the US president George W. Bush slashed federal funds, stating that stem cell research was not strictly ethical. Deriving embryonic cells was banned in many countries including Germany and Italy. In other countries, however, studies went full speed ahead. Indeed, reports flooded in about stem cells grown by researchers in Australia, Singapore, Israel, Canada and the USA into nerve cells, immune system cells, and heart cells.

Before long, a new idea emerged about transferring new cells into the egg cell – like nuclei of body cells used in cloning Dolly the sheep – to produce various tailor-made, fully DNA-compatible tissues and organs, as they had the same genome as the donor’s. It became a topic of everyday conversations that spare organs could be cultivated for the human body just like spare parts of cars or other machinery were produced to replace a faulty or damaged part. In fact, if it were not for claims such as “creating a new human” there would be no objections against producing a kidney, lung, or heart from the DNA of a patient and thus overcome the major problem of tissue rejection in transplantation of organs.

If faulty or defective genes could be removed and replaced by healthy genes in the DNA of stem cells, many incurable genetic diseases could easily be fixed and many prospective parents who avoid having a child because of a defective gene they carry would welcome the development enthusiastically.

We are on the threshold of reshaping our present concepts in biology and moving on to clinical case studies. Embryonic studies have been a source of hope for even patients with diseases like paralysis and blindness.

Just in time and in the right amount

Embryonic stem cells are cells in the early stages of embryonic development when a fertilized egg cell is divided first into two cells and then into four, eight, and sixteen. Each grows into a brand new cell type and multiplies as per the codes present in its DNA program as tissues form and organization starts. It is most mysterious and miraculous that the molecules that lead a stem cell to transform into a new type of cell are synthesized at exactly the right moment and in the precise amount.  Scientists are currently trying to figure out which molecule leads a cell to become a nerve, muscle, or bone cell when attached to it. They are likely to decode the molecules by monitoring the tissues that remain undeveloped because of missing genes resulting from DNA mutations observed in certain genetic diseases.

The new field that has developed in the last two decades called regenerative medicine is predicated on tapping into the potential of stem cells by repairing missing or faulty tissues, or completing a link in the chain necessary for the functioning of a dysfunctional metabolic process. In 2006, stem cell biologist Shinya Yamanaka of Kyoto University in Japan successfully transformed adult rat cells into an embryonic state. The following year, human body cells were transformed into embryonic stem cells. The ensuing research has led to the acknowledgement that it was theoretically possible to transform stem cells into any cell type, a promising cure for diseased embryos that have genetically missing parts.

The major problem, however, is keeping these delicate cells alive in a culture medium. In 2007, Yoshiki Sasai discovered a molecule called rock inhibitor that nourished the cell colonies he grew. The success rate in generating new cell colonies rose to 27%. Parmar from Swedish Lund University heralded “a new golden era” by producing new neurons from embryonic stem cells for the treatment of Parkinson’s.

As new techniques were developed for producing cells fast and reliably, these cells turned out to involve a very low risk of developing cancer. “We don’t yet know how this hidden power and balance that can be transformed into any cell type is controlled,” states Hiromitsu Nakauchi, a stem cell biologist at Tokyo University who researches making blood platelets out of stem cells derived from the embryo or somatic cells.

Experiments are underway that aim to treat disorders by activating stem cells stored in the body that have not yet differentiated through the help of proper stimulating molecules.

As the techniques for producing and feeding stem cells got easier, researchers aimed at growing and forming tissues and organs. A connective tissue or an outer covering like the skin that lacks a shape but takes the shape of the underlying muscles and bones can be produced even in a Petri dish and then transplanted to a burned or missing area of the skin. The present aim is the production of organs such as the kidney or the heart that has a particular shape and is made up of a number of different tissues. If the correct signal molecules responsible for cell division and differentiation can be identified and readily used where necessary and at the right amount, then organs including any type of tissue can be produced. Researchers like James Wells at Cincinnati Children’s Hospital in Ohio have tested the damage of drugs on intestines by using the partial intestines they developed from stem cells rather than administer them to normal humans, thereby hailing the imminent age of intestine transplants.

In 2004, the doctors who did tube baby experiments for a patient in Chicago known to have a genetic disorder started to produce a series of stem cells from generated embryos. They made models at the cellular level of the emergence of such genetic disorders as thalassemia, Huntington’s disease, Marfan syndrome, and muscle dystrophy. In 2007, they used embryonic stem cells to suppress molecular changes that trigger mental disorders caused by a genetic disorder called fragile X syndrome.

Research shows that multipotent (mesenchymal) cells stimulated at the outset of tissues are even more promising than embryonic cells with respect to diseases because it is easier to repair damaged or missing tissue by guiding them. However, it is essential in a genetic disorder that cells derived at the beginning of the embryonic stage should be used in order to replace faulty genes with healthy ones and address the disorder at its outset.

Experiments are underway that aim to treat disorders by activating stem cells stored in the body that have not yet differentiated through the help of proper stimulating molecules. In this way, as many as ten illnesses are likely to be treated, some of which include diabetes, macular degeneration in the eye, and neurodegenerative diseases such as Parkinson’s.

Douglas Melton from Harvard Stem Cell Institute in Cambridge has worked for fifteen years to transform embryonic stem cells into insulin-producing β-cells. He has produced pancreatic cells that sense glucose and produce insulin and he hopes to transplant them to end the dependence of patients of diabetes type-1 on insulin shots. The last obstacle remains to be the introduction of these cells to the system so that they are not destroyed by the patient’s immune system.

Clinically, it is believed that stimulated multipotent cells have a greater advantage than embryonic cells because the produced cells and tissues have the same DNA as the patient and thus do not cause any immune reaction when they are transplanted. The problem for many genetic disorders including type-1 diabetes is that the patient has the same mutation in his or her genes, and a method should be devised for cleaning and replacing these cells.

Another problem is the cost. It is reported that preparation of a series of multipotent cells will cost about one million dollars. However, the cost is expected to decrease and cells will be developed for the treatment of Parkinson’s disease, which is caused by a loss of neurotransmitter substance, which enable communication between nerves, and dopamine.

Treatment of macular degeneration is a popular target in this field. Patients gained the ability to read, though slowly, one year after the transplantation of part of stimulated multipotent cells to a damaged retina.

Such research studies normally cause some opposition. Playing with genes and embryos involve certain ethical and health risks. Yet, as reported in a Prophetic tradition, with all our God-given abilities like intelligence, curiosity, and willpower, humans can, and hopefully will, find cures for all diseases. Research into stem cells has the potential to provide many breakthroughs in these efforts to find healing for every human. Scientists and ethicists have to work together to determine our direction not to cause any unintended harm to any single soul while moving forward with this research.