How Do Animals Survive? 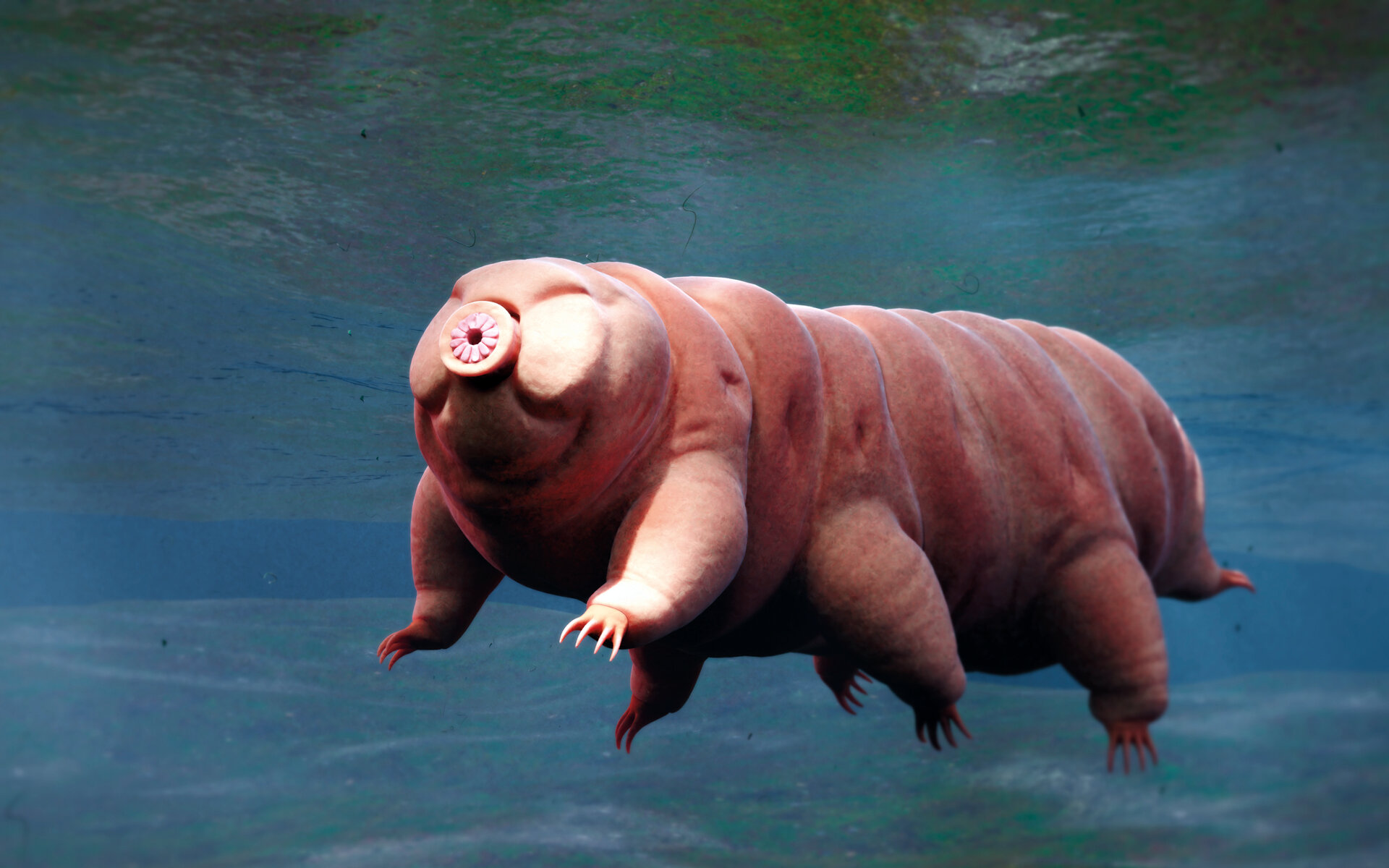 We live in a magnificent world inhabited by approximately 8,700,000 species. This number includes only general species, not subspecies. Scientists discover around 2,500 new species every year, and the number is soon estimated to reach 10 million.

All living organisms are blessed with unique bodies, systems, and organs, defense and protection mechanisms to survive and protect themselves, and special features to help them forage for food.

When people get ill due to environmental effects or malnutrition they usually consult a doctor. They try to find a cure by using the medicine prescribed by doctors. However, animals living in the wild don’t have this option. When animals living in nature or on the street get ill what can they do if nobody takes them to a vet? How do millions of species get well and find cures for their ailments?

You might think that animals who become sick in the wild must simply live with their symptoms, but this is not the case. In fact, we have given a clue at the introduction: each organism is equipped with features to lead a self-sustaining life. Either their bodily functions perfectly enable them to live in their habitat or their unique metabolisms protect them from harmful external factors. Animals also can use some plants whose health benefits have only recently been discovered by humans.

In recent decades, there has been a growing interest for herbal products such as walnut leaf, cherry stalk tangerine rind, grenadine red, and celery root to find cure for diseases.

Animals perform amazing tasks with mind-blowing adroitness as if each were an expert chemist. Wondrous mechanisms are activated when a need arises to protect animals from harm.

Some plants with healing properties:

Animals have been consuming and finding cures in these plants since the dawn of time. They are also equipped with many surviving capabilities under extremely severe conditions. Here are a few examples:

With a height of up to five meters, the giraffe is the tallest land animal. Scientists who investigated the scent emitted by the giraffe found 11 separate chemical substances in its fur. The chemicals turned out to have antibiotic properties, having an increased efficiency when combined. Only after a series of experiments can these incredibly complex chemicals be extracted in the laboratory. The giraffe has been using these chemicals to prevent fungi and bacteria, repel ticks, and stop the growth of germs. Where did these tall creatures study chemistry to know how to produce antibiotics such as indole?

The bezoar ibex is a type of mountain goat native to Turkey, Iran, Turkmenistan and Pakistan. It has a motley coat of black, brown, grey, reddish-gold, and white. Both the male and female have horns and a goatee. The name means “cure” in Persian, and the locals must have noticed its habit of eating spurge whenever bitten by a snake. Scientists have identified the substance called euphorbone in the spurge plant. Amazingly, an analysis of this substance reveals that certain chemical reactions triggered by euphorbone neutralize the effects of venom. The poisoned creature looks for splurge from among the vegetation, self-medicates, and treats itself free of charge. It sure is no wonder when one realizes that the goat, the snake, and the plant are all created by the same hand.

The master of diving

Divers who ascend too quickly to the surface run the high risk of experiencing the bends, an intense pain that is likely to kill because of the gasses coming out of the bloodstream. But how do billions of creatures that lack oxygen tubes lead their entire lives in the sea without experiencing the bends?

Dolphins and whales, for example, descend to depths humans can’t reach on their own and then rise like it is no big deal. Human lungs cannot endure the pressure under such depths, but the bronchi and air sacs in the lungs of dolphins, however, are placed inside a protective cover of special cartilage. To avoid suffering the bends, dolphins release all the air in their lungs before diving deep. But how then do they breathe? The answer is hidden in their muscles, or rather in the myoglobin protein that is available in much higher amounts than in humans. These proteins have the ability to hold in high amounts of oxygen molecules. The much needed oxygen is provided from this source, enabling dolphins and whales to dive as deep as possible.

Poison for one, food for another

The macaw is an inhabitant of American tropical regions with an average wing span of 80 cm. It is known to be a tough creature that lives as long as 60 years. The macaw feeds on plants that produce a chemical called strychnine (C21H22N2O2), a powerful poison intended to ward off enemies. How can a substance that kills some living things nourish others? Immediately after eating the nutritious but poisonous seeds, the macaw flies to the rocky cliffs in a certain area. When they get there, they gnaw at and swallow some clay-based rock pieces. The fact that the bird ingests clay without any apparent reason is quite an interesting behavior. The reason was revealed only after research into the origins of the behavior. It turns out that the rocks that have clay in them include a substance called kaolinite (Al2O3.2SiO2.2H2O) that can absorb the poison in the seeds. The macaw can digest the normally poisonous seeds thanks to this absorption and live on with its life safely. There is no way the macaw can know about the substances present in the clay, so how does it know to eat the clay that can eliminate toxins?

The arctic beetle survives against the inhospitable cold of the arctic thanks to a type of alcohol produced in its body that works as antifreeze. The glycerol (C3H8O3), also called glycerin, produced by the insect prevents the blood and other fluid molecules from freezing and thus ice crystals from killing the cells and destroying cellular bonds. Furthermore, the shorter the days and the colder the weather, the more resistant the bodily mechanisms of the arctic beetle become. As the temperature drops, the volume of water in their body is reduced and antifreeze substances such as glycerol and sorbitol are produced in greater amounts. Research on this amazing creature has revealed that it can survive in temperatures as low as -87 degrees Celsius due to glycerol. It is beyond reason to expect an insect to know how to produce an organic compound with the complex formula of C3H8O3 and thus protect itself from extreme cold.

Scientists analyzed a surviving scorpion after an atomic bomb test, yet they couldn’t find a satisfying answer to how this animal survived the radiation shower that exterminated all other living organisms. Note that scorpions which came into existence millions of years ago are basically living fossils. Thanks to the protective system they are blessed with, in the past they have survived more powerful solar explosions and harmful radiation from outer space and the sun, and handed down these features to future generations.

The creature that never feels cold

The tardigrade, or water bear, is one of the most resistant organisms in nature.

The size of a pinhead, these microorganisms have pin-shaped hoses in their mouth.  These microorganisms have a brain, a pair of eyes, and a digestion system, but they do not have a heart or lungs.  600 different subspecies of the animal have been discovered so far. They feed mostly on moss and lichens and can survive in any environment including space.

They have been observed to survive a temperature of 120 0C and a pressure of 1000 atm. In dry environments they contract, causing the water in their tissues to evaporate. During this process, the oxygen consumption of the tardigrade virtually stops. The wind carries the dried tardigrades to other places and when they find a suitable environment (wet moss or humid places) they can come back to life again.

According to Ingemar Jönsson from Kristianstadt University in Sweden who participated in studies on this organism, it is a mystery how these animals survive even when they are subjected to conditions in outer space.

Animals perform amazing tasks with mind-blowing adroitness as if each were an expert chemist. Wondrous mechanisms are activated when a need arises to protect animals from harm. It is wondrous to see how animals can carry out these complex chemical procedures as if they have been instructed at birth.