Circling in the Universe 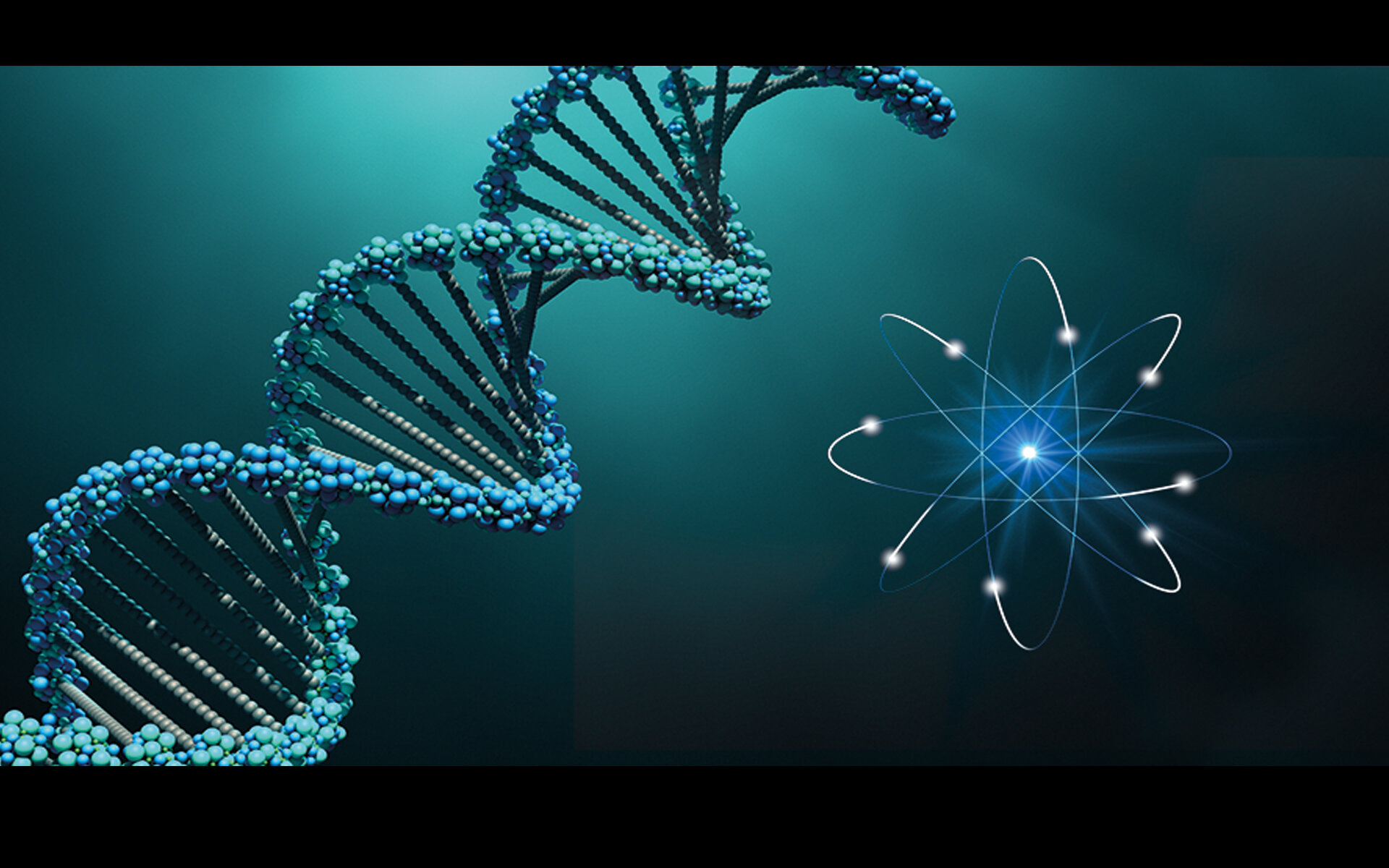 "It is He who created the night and the day, and the sun and the moon; all (the celestial bodies) swim along, each in its orbit with its own motion.”  (Quran 21:33)

Almost everyone – depending on his or her age, experience, and education level – is aware of certain facts about nature. We know that the Sun rises in the east and sets in the west; water boils at 100 centigrade; humans have five basic senses; birds can find their way back after migrating thousands of miles; and many more. Likewise, laws of thermodynamics, laws of motion, universal law of gravitation, and laws of planetary motion are among the many tools scientists use to explain how nature and the universe work. In the same context, whether or not we are conscious of it, there is this ubiquitous fact of “revolving, rotating, and circling” in the universe in relation to science, religion, and culture. From the Milky Way, sun, planets, and moons to human eyes, circling is everywhere in the universe. Also, it’s imprinted everywhere in the natural world. Giving examples from scientific, spiritual, and social life, this article aims to inquire the “revolving, rotating, and circling” phenomenon to see if it has any implications for humanity.

Earth is one of the eight planets in our solar system, all of which orbit the sun, a giant burning star. We know from astronomy that the sun can fit more than one million Earths inside it. Throughout human history, stargazers have realized that all these planets move in a systematic way. The planets orbit due to the immense gravitational pull generated by the sun. Even though the rate may change, each planet rotates around the sun and on its own axis, an imaginary line running through the center of every planet. Also, there are more than one hundred terrestrial, gas, and dwarf moons that revolve around the planets. Every planet, except Mercury and Venus has at least one moon. For example, the Earth has only one Moon (Luna) which orbits around Earth every 29 days; on the other hand, Jupiter has at least 67 moons such as Ganymede, Callisto, and Europa in orbit around it. In addition, our solar system is swarming with different types of bodies (e.g. comets, meteors, asteroids, and space dust) that rotate around the sun along with Earth. Furthermore, it is believed that the Sun is one of about 200 billion stars (maybe more) just in our galaxy, the Milky Way. Galaxies move and gravitationally pull each other, and they do so while rotating around a center. That is, nothing is truly at rest. (1)

In the 1920s, scientists of quantum mechanics discovered that an atom acts like a small solar system. While planets circle elliptically around the sun, electrons rotate around the atom’s nucleus in diffuse, cloud-like waves; these are known as orbitals since they tell us only the probability of detecting the electron at various places within the atom (Choe 2004). These orbitals can blend together to constitute a clump-like “wave packet” that includes the electrons and does rotate around the nucleus. It looks like this quantum phenomenon seems to support rotation in the universe. (2)

The circulation of blood

Doubtless, the heart is one of the most vital and fascinating organs in the human body. It incessantly pumps fresh blood with necessary nutrients throughout the body so that we can survive. Even though it is as big as your fist, it works like a powerhouse by expanding and contracting 100,000 times each day, pumping approximately five quarts of blood per minute, around 2,000 gallons every day. While the heart beats, it pumps blood through blood vessels in the circulatory system to every area of the human body, which takes about 20 seconds to circulate all over the vascular system. It is reported that the blood travels approximately 12,000 miles per day – nearly half the distance of the Equator (24,902 miles). Blood circulation is vital and fundamental to human life: it not only transfers fresh oxygen and nutrients to organs, but also carries away waste such as carbon dioxide from the organs, which is necessary to maintain a healthy life. (3, 4)

Similar to the cycle of four seasons (spring, summer, fall, and winter) in a year, the human life cycle has five or six different stages (Birth, infancy, childhood, adolescence, and adulthood). Human life begins as a single tiny cell, not bigger than a mustard seed, in a mother’s womb. After nine months, circa 40 weeks of pregnancy, the mother gives birth to a newborn. During the first year of infancy, the baby is entirely dependent on the parents’ care, but babies develop very quickly to independency. Childhood includes a period from age 4 to 13, when children learn to eat with utensils, dress and undress without assistance, make friends, play with other kids, and other things. Adolescence is the when a child develops into an adult, when teenagers undergo a rapid transformation of their bodies known as puberty. After the age 20, the human body reaches peak fitness and fertility by stopping development and growth. As we age in adulthood, it takes our body a longer time to repair itself and we become less efficient in many skills. (5)

It looks like that this one important pillar of Islam reminds us of the spinning motion in the universe, atoms, the circulatory system, and the life cycle. According to Islamic scholars, millions of pilgrims circulating the Holy Ka’ba in Mecca represents the deep reverence in Oneness of Almighty God. It is believed that these seven compulsory circumambulations of the Ka’ba (the most sacred site in Islam) include individual and social meanings like solidarity and maintaining unity. One explanation as to why Muslims circle the Holy Ka’ba seven times, is the Qur’anic verse that describes the sky above as of seven layers:

“The seven heavens and the earth and whatever is in them exalt Him. And there is not a thing except that it exalts [God] by His praise, but you do not understand their [way of] exalting. Indeed, He is ever Forbearing and Forgiving” (Al-Isra17:44).

It is known in Islam that the spiritual part of the human being includes seven different souls known as nafs. Therefore, every circumambulation of the Holy Ka’ba is meant to move from one spiritual level to the next in order to reach and complete the final expectation to turn our self (nafs) from meat and bone into a more delicate, sensitive, and loving form of soul, one even superior to the Angels. This act of circling the House of God, the Holy Ka’ba, shows how man is sincerely, spiritually, and lovingly attached to the divine.

The planets circle the sun, electrons circle the nucleus in an atom, blood circles the human body, pilgrims circumambulate Holy Ka’ba, and seasons and life cycles circle. There are many more examples of circling in the universe. Even though we cannot see all of them with the naked eye, the entire cosmos, ranging from invisible particles to the moons, planets, stars, and galaxies, are in rotation. Remember that all these rotations happen in accordance with the laws that govern the nature. There is no free choice in any of it.

People are members of this infinite universe, and, unlike planets, electrons, flowers, and cells, they can reason and decide, since we are blessed with free will. As Muslims circumambulate the House of God, this pulling motion between the Ka’ba and pilgrims escalates divine love by changing spiritual dimensions in a way similar to moths flying and circling a light source. Without doubt, a visit to the House of God is an obligatory and praised pillar of Islam, but I believe that the Merciful God wants us also to circle many other divine values and social qualities to deserve His love, mercy, and grace. As long as we circumambulate these highly valued vital qualities such as prayer, selflessness, charity, affection, forgiveness, respect, love, truth, compassion, modesty, patience, and all other good qualities, they will pull us closer both to each other and to Almighty God. Ignoring circling these divine and social qualities would be as if Earth left its orbit.