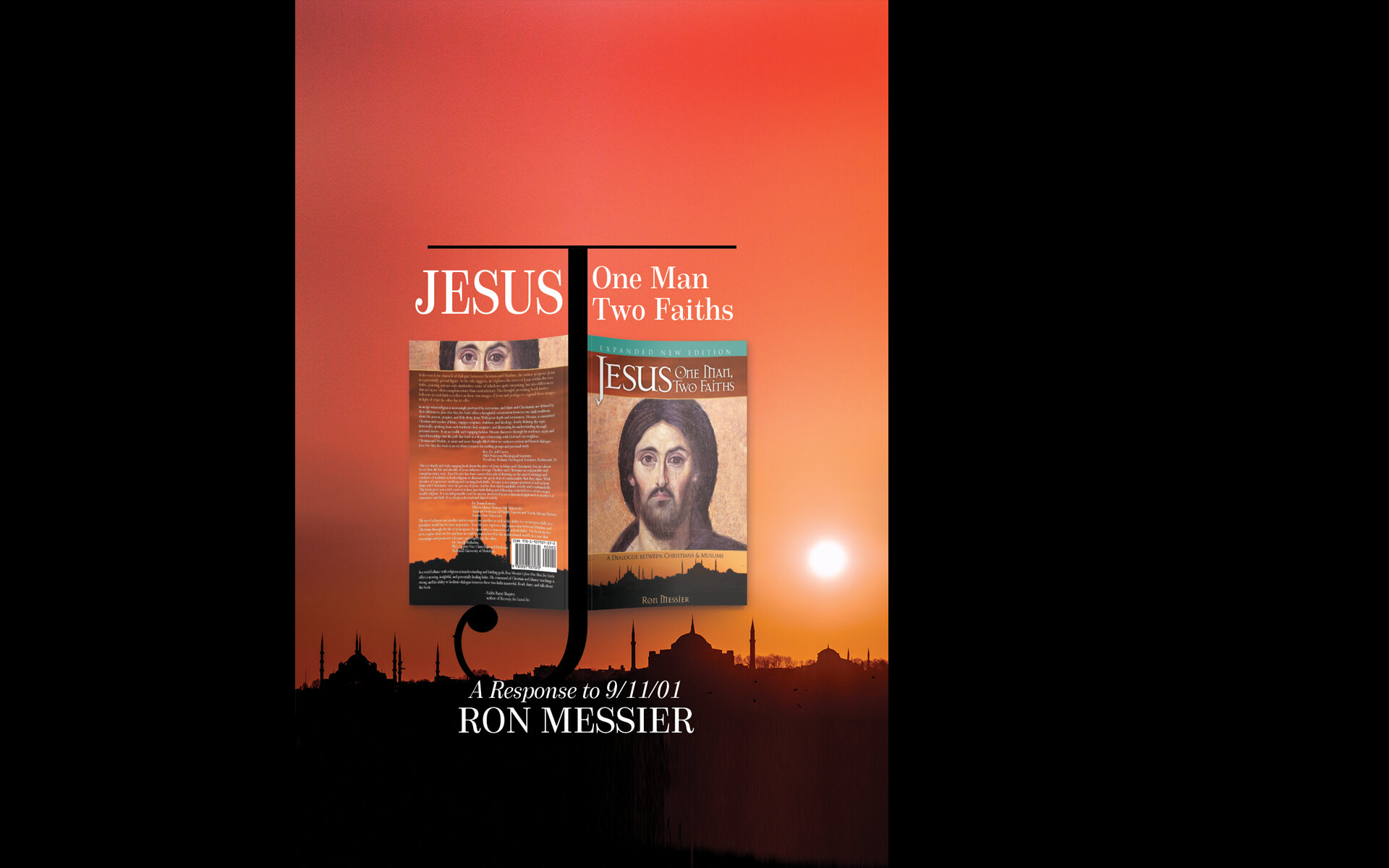 The September 11th terrorist attack was traumatic for many people. At that point in my life, I had been studying Islam for thirty-six years: first as a student, then as a professor of Islamic history and archaeology at the university level. My professional colleagues and I felt that we had been quite successful at communicating the richness and beauty of Islamic faith and culture. Once it became clear that Muslim extremists perpetrated the horrendous acts, it occurred to us that whatever success we had achieved in presenting Islam in a positive light would soon begin to unravel.

In one respect, at least for a while, the opposite happened. People rushed to bookstores to buy books on Islam. Television networks broadcast documentaries about Islam, and various educational, civic, and religious groups sought “experts” to explain this religion of which they knew little more than the name.[1] But that didn’t last. Under the guise of “justice,” some cried out for revenge.

For me, it seemed clear that what was needed were channels of communication, dialogue between Muslims and non-Muslims. Being a committed Christian and knowing that Jesus is extremely important to Muslims, I thought, wouldn’t it be wonderful if the focus for that dialogue were Jesus? A few encounters that I had in the weeks and months that followed convinced me that such a focus was indeed possible.

The first was with a young woman from Pakistan. She was one of the students in my “Introduction to Islam” class. One of the questions on the final exam was to discuss Jesus’s role in Islam. She prefaced her entire exam by identifying herself as a “highly religious Muslim in nearly every regard... (who) uphold(s) the Quranic verses and hadith strictly.” In her answer to the Jesus question, she wrote:

“I find His (Jesus’) contribution to Muslim beliefs to be underestimated [emphasis mine]… He was one of the most respected and beloved messengers of God and He is the One who will descend on the Day of Resurrection to lead the Muslims in the world against evil.... I find it incredible that it is Jesus, not Muhammad, whom the Muslims will follow during the last days of the world. This reinforces my views of Islam as such an adaptive faith.”

After the course, to my amazement, she came to my office and thanked me for reminding Muslims how important Jesus is to them.

The second encounter is a bit more complicated. It was with the son of one of my colleagues. At the time of our conversation, he was enrolled in a PhD program in Islamic studies at Harvard University; he is also a United Church of Christ minister. This is what he said: “My study of Islam has helped me understand the mystery of the Trinity.”

I was startled. How could that be? I thought to myself.

He went on to explain: “The Muslim mystic Ibn al-`Arabi writes that God wants to be known and thus manifests Himself in a variety of ways. The first manifestation can be called God or Allah in Arabic, the name which includes all other names. Ibn al-`Arabi then parses the ninety-nine names of God in interesting ways. Many of the names form pairs. One can speak of God the giver of life, but also of God the bringer of death; God the all-just, and God the all-merciful; God the perfect master, and God the perfect servant.”[2]

“So, how does this relate to the Christian concept of Trinity?” I asked.

One of my Moroccan friends asked which Arabic name for God translated as perfect servant. I answered “Al-Wali,” which can be translated as friend, not an ordinary friend, but rather a very special friend, a patron or helper. It was difficult for my friend to think of God as lowering himself to the status of a servant. But this is exactly the point. Jesus, by becoming the perfect servant, elevates servanthood to something noble.

Service (hizmet in Turkish), in this sense, is the cornerstone of the Hizmet Movement inspired by the Turkish cleric Fethullah Gülen, who now resides in the Golden Generation Retreat Center near Saylorsburg, Pennsylvania.

My final encounter occurred when I met with the director of the Journalists and Writers Foundation in Istanbul.[3] The director talked about hizmet and the importance of cross-cultural dialogue. Our group was there on an interfaith dialogue mission. I mentioned to him that he was really preaching to the choir. I asked, “How do you promote this philosophy among people less inclined toward universal dialogue?”

He answered without batting an eyelash, “Through example and with humility, just like when Jesus washed his disciples’ feet.”

The book moves more or less chronologically through the life of Jesus beginning with the birth narratives in both Christian and Muslim traditions. The story of Jesus’ birth is remarkably similar in both traditions. There are differences, of course, but, for the most part, those differences complement rather than contradict each other.

This is where the story separates in the two traditions. In Christianity, the perfect servant is sacrificed, crucified to atone for the sins of humanity. Most Muslims, on the other hand, believe that Jesus was not crucified. Someone else was crucified in his stead. This is potentially one of the most serious conflicts in interpretation between Christianity and Islam. But a closer look is warranted. The chapter “The Suffering Servant” provides a wide range of interpretations in both Christianity and Islam.

I had a long talk about the crucifixion with Brother Nahidian, imam of the mosque in Manassas, Virginia. In the end, he said to me, “We can debate the issue of whether or not Jesus was crucified all day long. But that would perhaps miss the more important point, Jesus’ ultimate triumph over death and God raising him up to heaven.”

It is the narrative about the resurrection and the second coming where the stories come together again.  It was my student from Pakistan who put me on to new insights. Let me repeat what she wrote: “He [Jesus] is the One who will descend on the Day of Resurrection to lead the Muslims in the world against evil.”

Jesus’s return in the Gospel of Matthew 24:27-31, on the one hand, sounds as if it could be metaphorical. But it also sounds like there will be some kind of real, physical event. And it will be universal, “from the East…visible to the West” and involving “all the nations of the earth.” It will follow a period of turmoil or, as the scripture says, “after the distress of those days.” Jesus will be triumphant; he will “send his angels with a loud trumpet call.” And he will somehow play the role of judge: “he will gather his elect from the four winds.”

Some Muslims minimize Jesus’s role in this event. His role is to announce when the event will take place. But some Muslims, like my student from Pakistan, see Jesus’s role as much greater. Quran 4:159, at the very least, confirms Jesus’s presence on the day of judgment (yaum al-qiyama), as he serves as witness for or against those whom God judges. The hadiths of al-Bukhari and Sahih Muslim give Jesus another role. He will come as the just ruler; he will break the cross and abolish the jizyah, the tax theoretically paid by non-Muslims.

Jesus will break the cross. At first sight, this sounds particularly and specifically anti-Christian. Does it confirm the Muslim denial that Jesus was crucified? Does it nullify the importance that the cross holds for Christians as a symbol of Christ’s sacrifice? Or, can Christians, as well as Muslims, find meaning in Jesus breaking the cross? In this latter case, could the breaking of the cross mean something like Jesus’s ultimate triumph over the evil in the world that sought to kill him, his ultimate triumph over death itself, or the ultimate triumph over death of all righteous people who, in both the Christian and Muslim traditions, will in the end be resurrected from the dead?

Always in the background is the issue of the Trinity, the Christian mystery of three persons in one God. When Christians think about God the Father and Jesus as his only begotten Son, what exactly does “Father” mean in this context? When Muslims say that God does not beget nor is begotten, what does the word “beget” mean to them? What role does the Holy Spirit – or “the Spirit of God,” as the Quran phrases it – play in both traditions? Potentially, these questions are the most divisive between Christianity and Islam. Picking up certain pieces of the puzzle that are laid out in the preceding chapters in the book, the chapter “I Believe in One God” offers answers.

How Christians and Muslims relate to God is the subject of the final chapter. How personal is the relationship? How do they pray? Could they conceivably pray together? I was asked by a university student in Morocco, if I thought that the interfaith dialogue that I described in the book could succeed [his word]. This is what I said to him: “If honest dialogue between Christians and Muslims even begins to address these issues, then it is successful. And that has already happened in my research for the book. If Christians and Muslims actually prayed together, then it would be a smashing success.” And that has happened too.

Messier [author of Jesus, One Man, Two Faiths] meticulously investigates the points of intersection between the Christian and Islamic traditions. He chooses Jesus, a prominent figure in both faiths, to demonstrate that profound spiritual affinities outweigh scriptural variations between the two… Although the author certainly acknowledges disagreement between the two religions’ teachings, he continually uncovers points of harmony. In fact, he contends that even the differences are ultimately more complementary than contradictory… Although a scholarly work, the book clearly desires to replace endless debate with fruitful conversation: “Praying together would carry with it a willingness to dialogue, to dialogue with self, to dialogue with the other, and possibly to dialogue with the Spirit of God.” Messier’s writing will be impressively accessible to the layperson and tries to illuminate a theologically defensible path to détente between two rival faiths.[5]

[1] For examples of a surge in interest in Islam, see: Liam O’Brien, “The French are buying a lot of books about Islam these days.” https://www.mhpbooks.com/the-french-are-buying-a-lot-of-books-about-islam-these-days/; Sara E. Quay, Amy M. Damico, September 11 in Popular Culture: A Guide, ABC-CLIO, Sep 14, 2010 - Social Science - 319 pages; Clemence Brunet, Embracing Islam in the Age of Terror: Post 9/11 Representations of Islam and Muslims in the United States and Personal Stories of American Converts, A Thesis Presented to the Graduate and Research Committee of Lehigh University in Candidacy for the Degree of Master of Arts, 2013.

[3] To visit the Website of the Journalists and Writers Foundation, see http://jwf.org/

[5] For the full review, see https://www.kirkusreviews.com/search/?sf=r&q=Jesus+One+Man+Two+Faiths