The Great Wave: The Aftermath 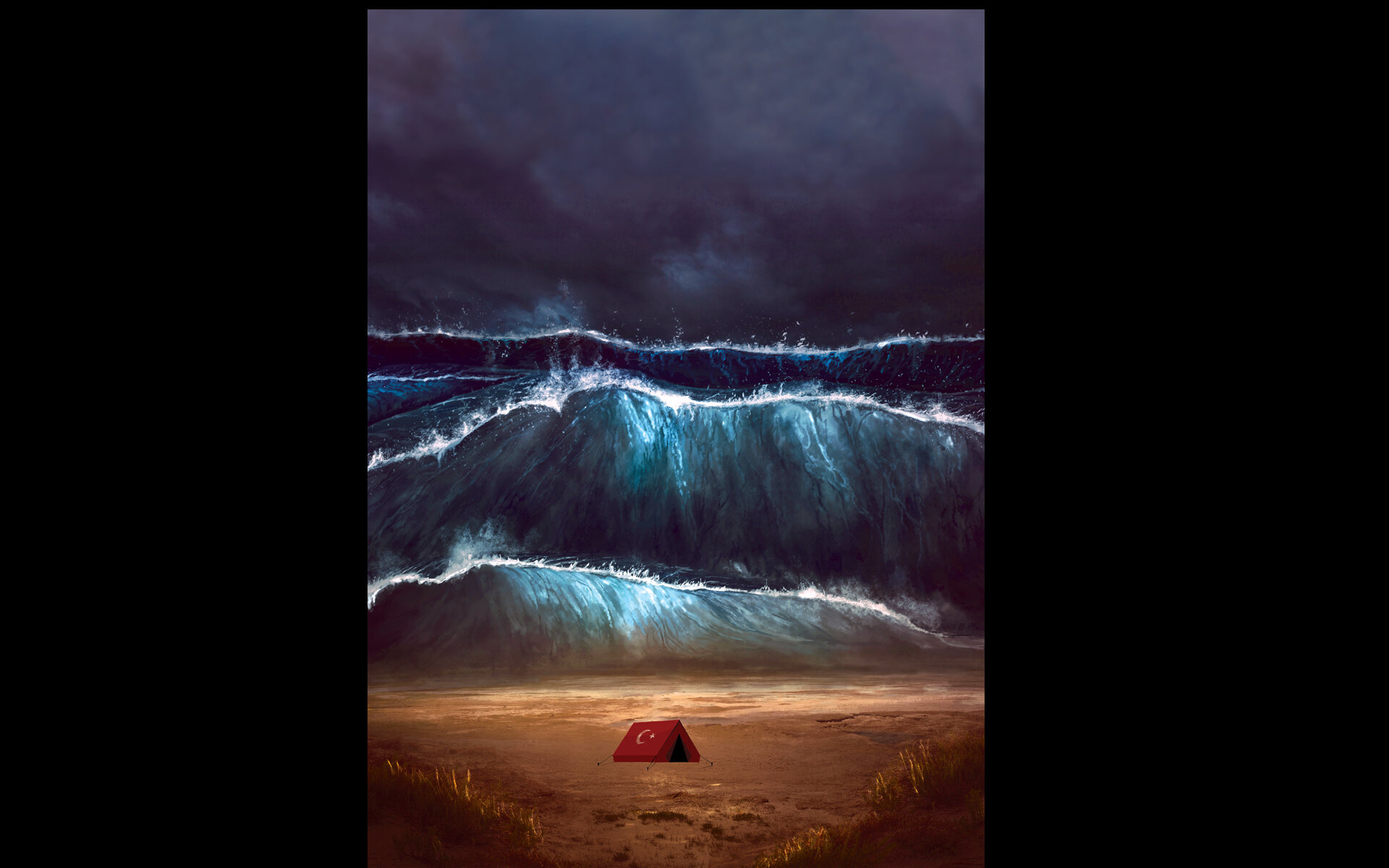 “It’s my fault, all my fault; I should’ve tried harder,” he said. A quintessential characteristic of his - always pinning the blame on no one other than himself.

They were closing us down; there was no more hope.

He had returned hopeful after the bidding: his paperwork had been in order, and he’d been at it for weeks, day and night. In fact, he hadn’t slept much since the great wave had hit them on the 16th of July. I recall seeing his worried sleepless face on the morning of the 17th; he hadn’t slept a wink. He’d been up all night making “namaz” (prayers) for his country. He’d been confused by the events. The slowly emerging, dizzying “facts” confounded him.

The wave had been the talk of the staffroom in the days to follow. Some said that their country had just been making good progress and now everything, who knows maybe 10 or 15 years of building, had been lost, all in a single night. Teachers, first by the hundreds and then by the thousands, had been sacked, and their licenses revoked. I was shown a picture of a teacher with an angelic appearance who had been put to death because he had allegedly been involved in terrorism. The morale dropped with each passing day and the friendly smiles and warm greetings turned into frowns and drooping shoulders. I woke up each morning with a sense of angst and prayed for peace, justice, and truth to prevail in my colleagues’ country. The realization started setting in that they wouldn’t be able to return home that year. Their children would not be able to see their grandparents the next holiday. And with the school being shut down, they had no idea where to go. They told me that it’s become too dangerous to contact their families; people are being detained by the thousands. Some told me that their parents believed the news and not their own accounts of what had happened; a certain blindness had descended upon their countryfolk.

My colleagues are deeply patriotic. There were Turkish flags and laminated Turkish words labeling things and framed pictures of the Hagia Sophia and Istanbul on the walls of the school.

Talk about the failed coup eventually ceased in the staffroom and my colleagues refused to be dispirited further by it. Weeks went by and everyone kicked into survival mode. CV’s were being updated, job applications were being sent out in a frenzy, reference letters were being written, and my friends had nowhere to go. They were stranded or worse, they’d become alleged “terrorists.” My friends: terrorists? Ludicrous!

I’ve known them for over five years and the only allegation I could make against them is that they work too hard! Most work seven days a week. Our staffroom was open 24 hours and I’d often see them working in there as late as 11 at night. They had once compelled me to redo a video promo I’d made about the school just to insert a clip of the Prime Minister at the time, Erdoğan, and his wife who had attended a Turkish Olympiad (Türkçe Olimpiyatları) where Ghanaians had performed a traditional Turkish dance. Both Erdoğan and his wife were deeply touched. I’m not sure if I had gotten my facts straight… so he, Erdoğan, was blaming my colleagues of plotting against him? The reasoning behind this had confounded myself and my colleagues alike.

They’ve travelled land and sea to make other nations pro-Turkish and pro-Turkey. Never had I picked up on an ounce of resentment against Turkey from my devoted colleagues.

And when my colleague had exerted his final efforts and realized that the fight to keep the school open had been lost, he sighed and said: “It’s my fault, all my fault; I should’ve tried harder.” My heart broke upon hearing these words uttered by a man who teaches his students on weekends and until eleven o’clock at night to help prepare them for their exam the next day. My heart was shattered when I heard those words from the man who had learned to push on with his teaching responsibilities despite an onslaught of dengue fever, his shirt completely soaked and his eyes deeply sunken.  “You should rest Abi," I said to him. "I will rest in the hereafter," he stoically replied.

My heart was crushed when he still blamed himself when powers beyond his control had worked against him, the man who had once removed the tie from his neck and wrapped it up neatly and made it a gift to me following my comment about its beauty. How can my heart go on if the man – who took me to his unfurnished house, save for a mattress on the floor, to give me his own mattress when mine was infested with bed bugs – is labelled a “terrorist”? Tell me, how should I respond? What should I do to convince people that none of this is his fault, that he’s a man of peace, a teacher by trade and nothing more, that he’s nothing less than a saint? Tell me, what should I do?