Are We Ready to Swim with Crocodiles in the River and Dance with Lions in the Jungle? 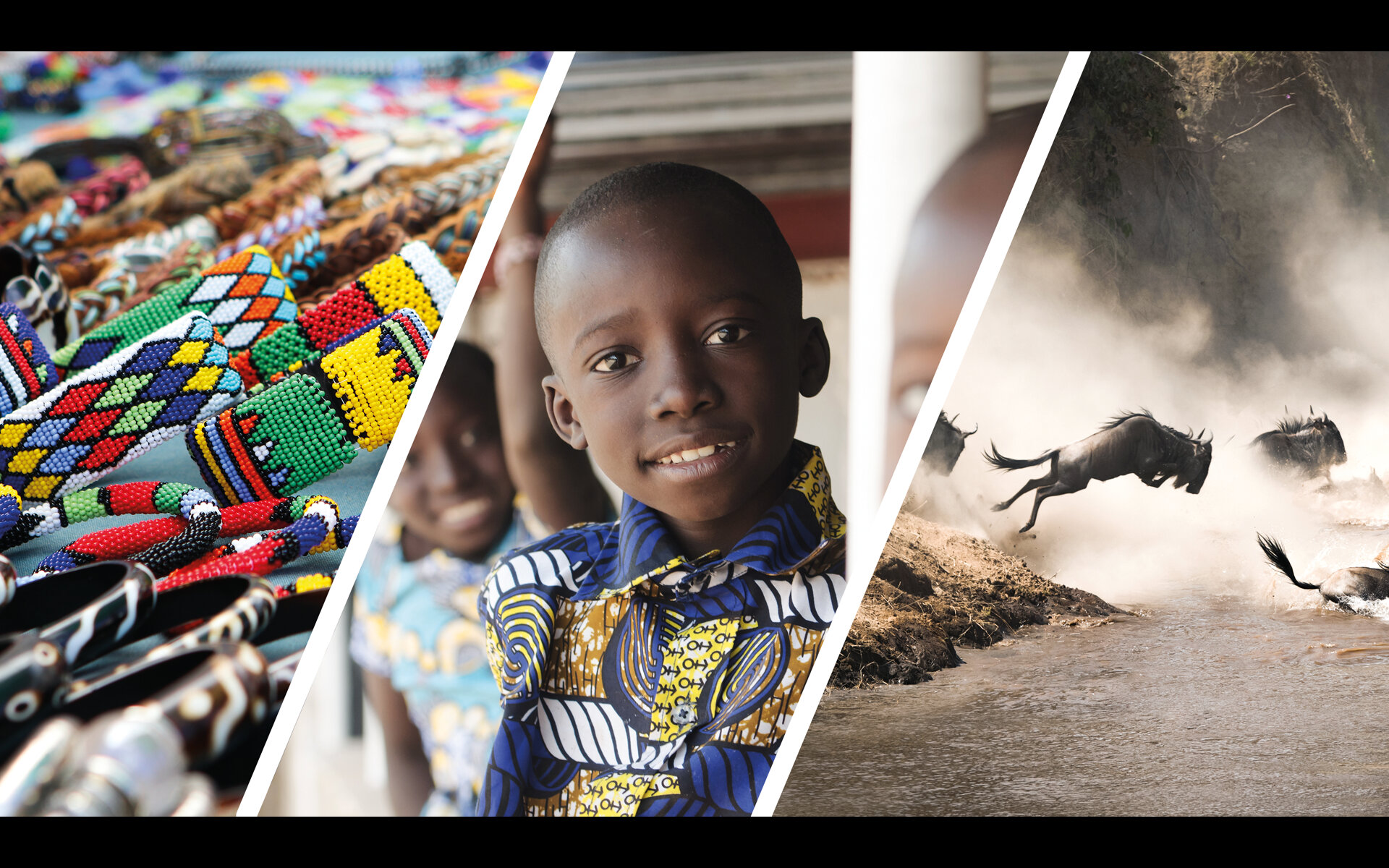 American civil rights leader, Martin Luther King Jr. echoed the sentiments of this African Proverb when he said: “We have flown the air like birds and swum the sea like fishes, but have yet to learn the simple act of walking the earth like brothers.” Dr King appealed to all citizens of planet earth to embrace one another, regardless of background or political affiliation, in the spirit of brotherhood.

There are many moral systems based on different beliefs and cultures; these effect how we make decisions and live our daily lives. These systems are concerned with what is good for individuals and society. Ubuntu is one these moral systems adopted by Africans. It gives an understanding of ourselves as human beings in relation with the rest of the world. Ubuntu – as a way of life and a means of achieving peace and harmony – is contribution to the global community from African civilization. As it was said by Kenneth Kaunda, first president of Zambia, “Let the West have its technology and Asia its Mysticism! Africa’s gift to world culture must be in the realm of Human Relationships”[1].

The word Ubuntu originates from an African dialect. It is pronounced as uu-Boon-too, which means “humanity.” According to Ubuntu, there is a common acquaintance among us all, and it is through this relationship that we discover our human qualities. We are made human through our interactions with our fellow human beings. Zulus and  Xhosas in South Africa express this idea in their language as "Umuntu Ngumuntu Ngabantu," which means that a person is a person through other persons. We assert our own humanity when we acknowledge that of others.[2]

Ubuntu has become a well-known moral concept, typical of African, particularly South African, culture. It is described as an expression of human dignity, as a way of life, a universal truth, the foundation of the idea of an open society, and Humanism. In short, it means: humanity or humanness. It originates from the belief that one is a human being through others – “I am because you are” [3].

Ubuntu is an evolving phenomenon and has been contextualized according to the fluctuating conditions of the modern age. That is one of the reasons the concept of ubuntu has not been yet fully articulated; neither is the phenomenon fully demarcated. Ubuntu interests many people, such as social scientists, historians, philosophers, developers of software, politicians, and members of the global community. It means different things to different people around the world, and different things in different circumstances, too. It encompasses world views, economic systems, political orders, and cultures. The influence of ubuntu can be easily observed in the operational and philosophical foundations of  different social movements, political parties, and professionals from a large number of fields. Ubuntu's profound interpersonal character is the source of many distinctive virtues: patience, hospitality, loyalty, respect, sociability, health, endurance, and sympathy. These virtues have a positive impact on many fields and systems. Current Ubuntu debates focus on its social and collective dimensions and responsibilities and emphasize reciprocation as an essential value of the Ubuntu worldview.

”Ubuntu is very difficult to render into a Western language. It speaks to the very essence of being human. When we want to give high praise to someone we say. ‘Yu, u nobuntu’; ‘Hey, he or she has ubuntu.’ This means they are generous, hospitable, friendly, caring, and compassionate. They share what they have. It also means my humanity is caught up, is inextricably bound up, in yours. We say, ‘a person is a person through other people.’ It is not ‘I think therefore I am.’ It says rather: ‘I am human because I belong; I participate, and I share.’ A person with ubuntu is open and available to others, affirming of others, does not feel threatened that others are able and good; for he or she has the proper self- assurance that comes from knowing that he or she belongs to a greater whole and is diminished when others are humiliated or diminished, when others are tortured or oppressed, or treated as if they were less than who they are.” [4]

Practicing Ubuntu unlocks the power of an African culture where people express their compassion, dignity, humanity, and mutuality to build and sustain social cohesion, peace, and justice [5]. These are the lessons true leaders adopt and practice. The similarities between true leaders – who we might call superheroes – makes me think  that superheroes might be Africans. As Desmond Tutu says, “They have Ubuntu” (Poovan, Du Toit & Engelbrecht, 2006:23-25).

In an African context, respect and love among community members play an important role, and the African view of personhood rejects the notion that a person can be identified in terms of his/her physical and psychological characteristics. None of us comes into the world fully formed. We would not know how to think, walk, speak, or behave as human beings unless we learned it from other human beings [6]. Ubuntu expresses the interconnectedness, common humanity, and the responsibility of individuals to each other. In this way, Ubuntu reveals its participation in the promotion of wisdom not only for human beings but also for the whole of creation.

“I have always known that deep down in every human heart, there is mercy and generosity. No one is born hating another person because of the color of his skin, or his background, or his religion. People must learn to hate, and if they can learn to hate, they can be taught to love, for love comes more naturally to the human heart than the opposite. Even at the grimmest times in prison, when my comrades and I were pushed to our limits, I would see a glimmer of humanity in one of the guards, perhaps just for a second, but it was enough to reassure me and keep me going. Man’s goodness is a flame that can be hidden but never extinguished.” [7]

This perspective is deeply rooted in the Ubuntu view of life. It shows how capable people can cultivate a culture of peace beyond vengeance and hate, because they still find human goodness, despite all grievances.

In essence Ubuntu, is a call to service. It is one of the most practical ways to serve humanity in this current globalized and individualized world. It is a practical, collective, and conscious action to alleviate human suffering without any kind of discrimination. Ubuntu helps to make life meaningful not only for the person who adopts and practices it,  but also for others. In short we can conclude that Ubuntu is the art of being a human being.

Brave men and women across the globe have been inspired by Ubuntu – and some are real Africans who inherited Ubuntu. Many are role models for a society that acts towards individuals as equals and respects their freedom and dignity. They demonstrate good examples of what it means to be responsible for one another and for ourselves. This manifests in real life heroes such as Mahatma Ghandi, Mother Teresa, Martin Luther King, Nelson Mandela, or Fethullah Gülen. They are all diligent servants of humanity who work for a better future for everyone, whose lives are living examples and tributes of the values they personify, and who work for peace and harmony and help those of us who are most vulnerable in a world that is becoming more inhumane and antagonistic.

In our gloomiest times, we need heroes and heroines to give us courage, so we can remember our intrinsic potential. We need great leaders whose moral wisdom can be a litany of hope and inspiration. From time immemorial, heroes emerged from very difficult circumstances, like roses that grew from concrete. They reminds us of our best qualities like courage, strength, hope, empathy, honesty, compassion, and humility.  People are inspired and encouraged by great leadership.

We all have the potential of  being heroes in our communities and societies as long as we try our best to touch the hearts and lives of our fellow human beings regardless of their race, culture, religion, gender, and ethnicity. Sustainable peace and harmony in our own hearts and in the world will depend of one question: are we ready to swim with crocodiles in the river and dance with lions in the jungle to make a difference in the world?