Moringa: A Source of Healing 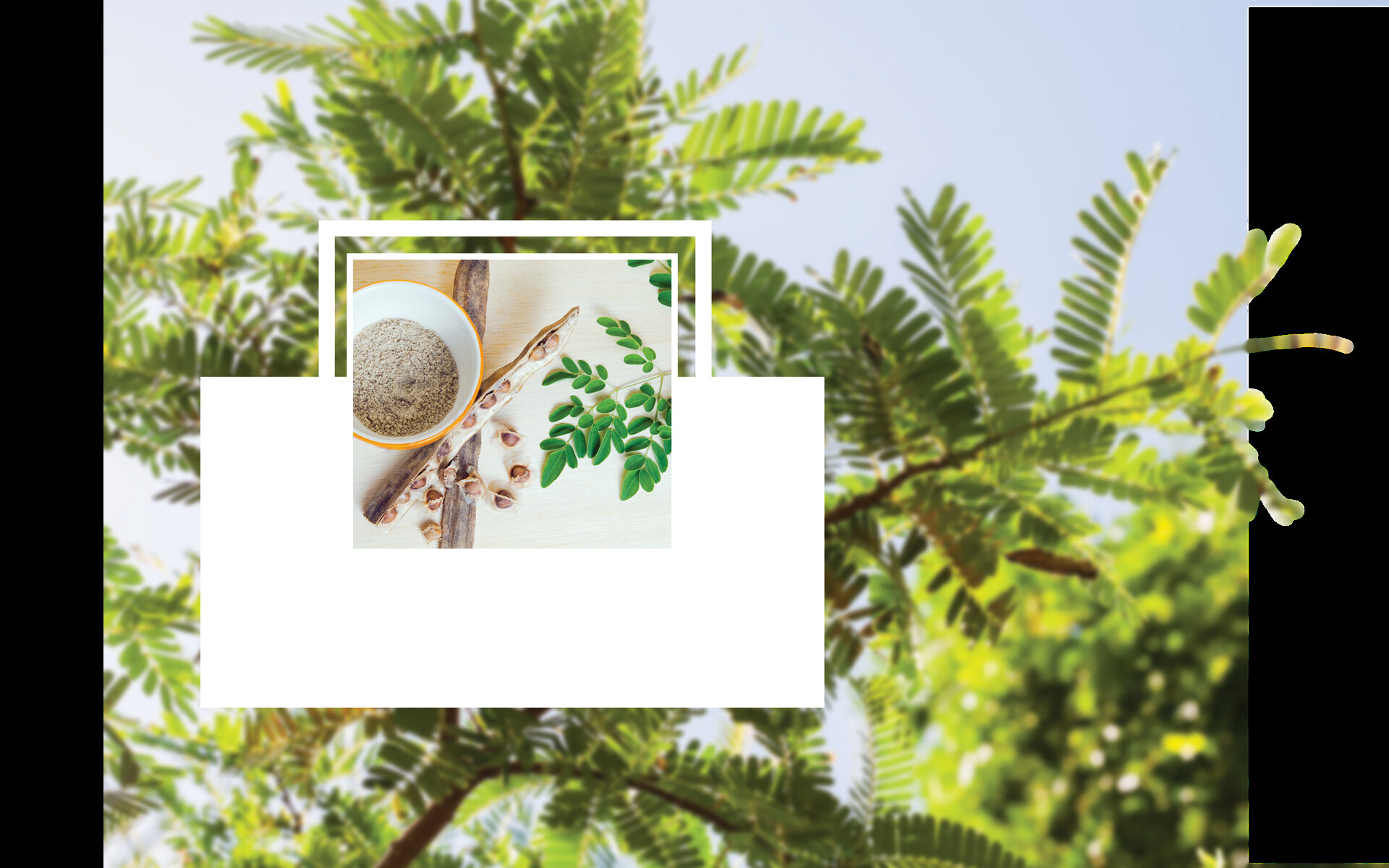 Being a native Indian tree, the Moringa also grows in tropical countries, such as Nigeria. Although its leaves have long been eaten or brewed for health benefits, its effectiveness has not yet been recognized in other parts of the world. Often called the “miracle plant,” there has been a significant amount of research done on the therapeutic properties of the moringa, and this research will hopefully spread knowledge of its healing qualities.

The literature mentions its antioxidant, anticancer, anti-inflammatory, antidiabetic, and antimicrobial properties. Its leaves contain high-quality protein, and the seeds have lipid (fat) in abundance [1]. That is why moringa has a great deal of calcium, potassium, sodium, and iron [2]. It is claimed that moringa has twelve times more vitamin C than oranges, ten times more vitamin A than carrots, seventeen times more calcium than milk, nine times more protein than yogurt, and twenty-five times more iron than spinach.

Moringa is used to treat more than 300 illnesses, especially in Africa. The ancient Egyptians used it as skin cream. Since then, more and more of its cosmetic benefits have been discovered, and it has found a unique place among health-care products today [3]. Moringa is used to accelerate hair growth; treat illnesses such as excessive hair oil, dandruff, and inflammation of the scalp; treat skin wrinkles, blackheads, and pimples in the skin; and to manage eczema and psoriasis. To determine the plant’s ultimate effectiveness, more research and lab work are needed.

After oil extraction, moringa’s seeds and leftovers are used as an organic fertilizer which increases farming efficiency [4]. The seeds, leaves, oil, sap, shells, roots, and flowers are also used for cooking and treatment. The leaves of the plant can be brewed as tea and can be eaten raw as a vegetable.

More than 400 studies carried out over many years have looked into moringa’s effects on illnesses [5]. The significant findings can be summarized as follows: it has been shown to strongly reduce [6] cholesterol and blood fat as well as the atherosclerotic plaques; this effect can even be achieved with the oral consumption of the plant. When peeled, the moringa fruit’s shell reveals a soft white seed, like a chickpea-sized cotton. The seed can be consumed by swallowing it. The moringa’s roots and branches can be grounded and used as powder.

The studies have also revealed that moringa’s usage can help with improving numerous conditions, including but not limited to liver infections such as hepatitis [7], lowering the glucose levels in blood in patients with Diabetes Type-2 [8], various gastrointestinal problems, increasing milk production in nursing mothers, regulating kidney functions, Parkinson’s disease [9], and atopic dermatitis [10].

Some of the studies carried out examine how safe moringa is. People have a general inclination towards consuming natural plants without paying attention to how much they intake. Unfortunately, there are many life threatening and poisonous plants – and other plants that can be dangerous when taken in large quantities. Trying to identify the safety range of moringa, a study that lasted for 14 days examined the effects of it on mice that had depression and used anti-depressants. Researchers found out that moringa does not cause toxicity, provided that the dose does not exceed 2 grams per 2.2 pounds of weight [11]. It would be wise to utilize this plant after the testing process has been completed on humans, and a guide is prepared to show the types of illnesses and the corresponding doses.

Illness is a fact of life. Thankfully, the universe has been created with plants like moringa, which can be used to ease our pains and illnesses. We owe it to ourselves, and to other humans, to study all facets of the universe, including the moringa plant.