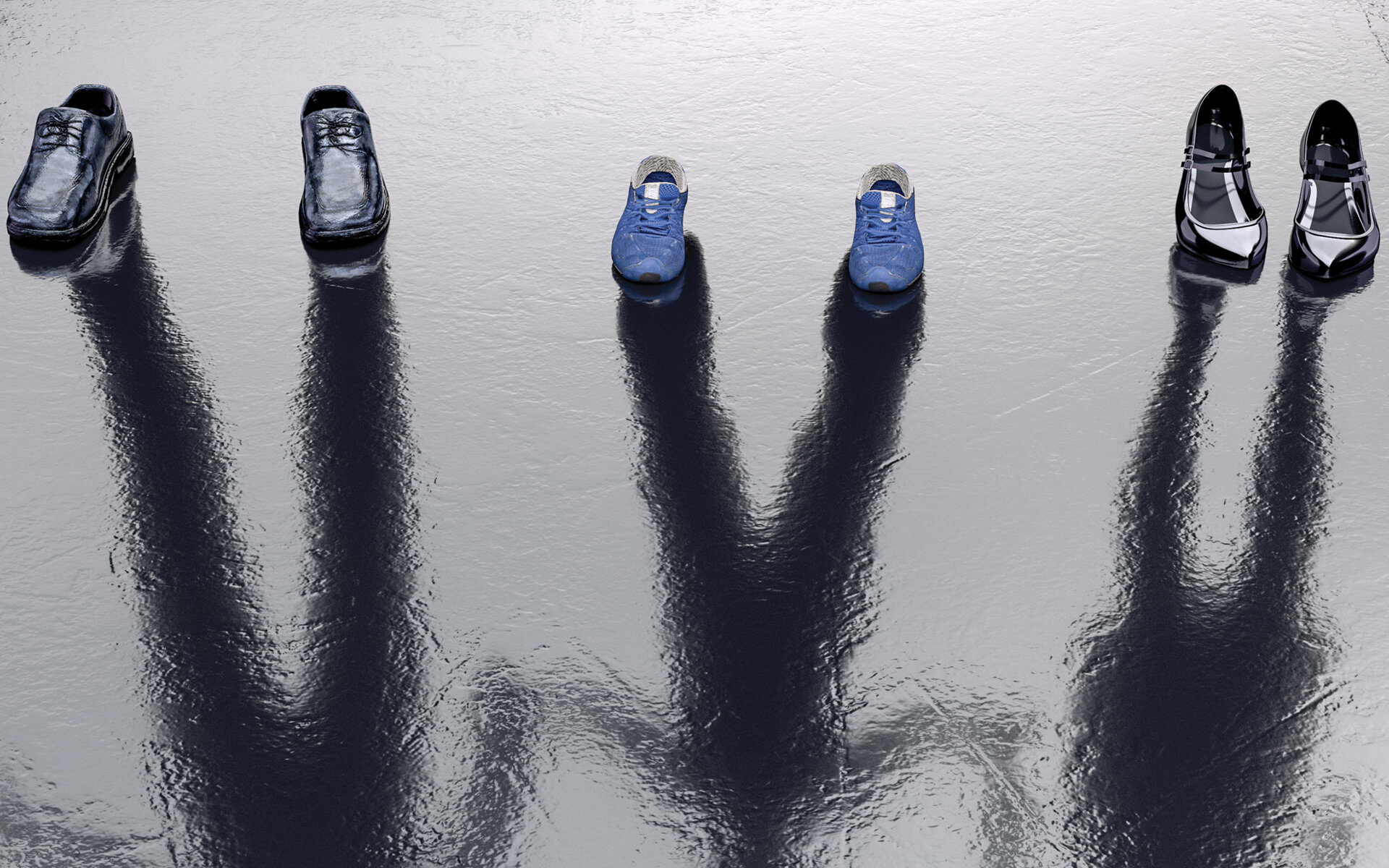 Nooriye is a 39-year-old Iraqi female. She had a pretty normal life until a group of terrorists knocked on her door. Her two sons were killed in front of her. She was abused and tortured for days, as was her husband. Rebels eventually took her husband and left. Some neighbors helped her to bury her sons and provided her with shelter and food. She was about to kill herself when, miraculously, her husband came back 57 days later. He never told her what he went through during those 57 days. They were both in extreme pain but able to hold onto each other.

They immigrated to the U.S. a year later. Her husband found a job and is still working. They are safe now, but it has not been enough to heal them. Both still have nightmares and flashbacks. She spends all her time in her home. She stares at walls, feels numb and very fearful, and cries every day. Her speech is sparse, and she never smiles. She goes out with husband once a day but grabs his hand and won’t let him go when they are out. When faced with stress, she often passes out.

Her husband “has to be strong because she is the only thing he has,” although he also has extreme pain. He hides his tears from his wife, is unable to sleep at night, feels guilty, and misses his sons. He is afraid to make any Iraqi friends and stays away from mosques.

Obviously, providing a safe place, food, and a job is not enough to heal these people’s pain. Invisible wounds and problems are much harder to treat than visible ones.

In this article we will try to elucidate some elements of what Nooriye and thousands of other families have been exposed to all around the world.

When a group of people, regardless of size, experience psychological effects after a trauma that was suffered collectively, this is called a mass trauma. Sometimes an entire society witnesses the same trauma, and this may cause a collective sentiment, often resulting in a shift in that society's culture and mass actions.1,2

Wars, political violence, natural disasters, exile, torture, and terrorism are examples of mass trauma. The Holocaust, the Atomic bombing of Hiroshima and Nagasaki, slavery in the United States, and the 9/11 attacks are well-known collective traumas.

Collective traumas have been shown to play a key role in group identity formation. Having the same problems, suffering from the same pain, and being under the same pressures bring individuals together. This togetherness eventually helps to build a community, a group, and sometimes a nation. Almost every nation has traumatic events in their history. Even the concept of “nation” is extensively affected by these events.

Nevertheless, despite its role in building group identity, mass trauma is still individually painful. In fact, the effects of mass trauma can be very deep and transferred through the generations. In 1966, clinicians observed that large numbers of children of Holocaust survivors were seeking treatment in psychiatric clinics in Canada. Moreover, when compared to the general population, the grandchildren of Holocaust survivors were three times more likely to seek clinical psychiatric help.3

According to the National Center for Posttraumatic Stress Disorder, the most common stress reactions in the wake of disaster may include the following:

Several factors present in the acute-phase recovery environment of a disaster have been found to aggravate stress reactions and therefore increase survivors' risk of developing negative outcomes. These include:

Protective factors that may mitigate negative effects include:

In most cases, the symptoms of trauma eventually disappear, but unfortunately, some of the survivors of the mass trauma will eventually develop Post-Traumatic Stress Disorder (PTSD). PTSD is a mental disorder resulting from exposure to an extreme traumatic stressor.

PTSD is described in the Diagnostic and Statistical Manual of Mental Disorders (Fifth Edition) (DSM 5) which is published by the American Psychiatric Association, as:

Criterion B (at least one required): The traumatic event is persistently re-experienced, in the following way(s):

Criterion C (at least one required): Avoidance of trauma-related stimuli after the trauma, in the following way(s):

Criterion D (at least two required): Negative thoughts or feelings that began or worsened after the trauma, in the following way(s):

Criterion E (two required): Trauma-related arousal and reactivity that began or worsened after the trauma, in the following way(s):

Criterion H (required): Symptoms are not due to medication, substance use, or other illness.8

Treatment for mass trauma should be delivered at two different levels: the community level and the individual level.

Dr. Frantz Omar Fanon gives the recipe for mass trauma treatment at the community level: “Mass trauma can be alleviated through cohesive and collective efforts such as recognition, remembrance, solidarity, communal therapy and massive cooperation.”

The statement above can be a topic for a separate article. Here, we would like to express the importance of the remembrance days. People comes together on remembrance days and remind the victims that they are not alone and not forgotten. This can be therapeutic for the victims and alleviate their pain.

PTSD treatment includes pharmacotherapy (medical treatment) and psychotherapy. Some of the medications which have been helpful combatting depression are selective serotonin reuptake inhibitors (SSRIs), such as Fluoxetine (Prozac), Sertraline (Zoloft), Paroxetine (Paxil), and serotonin-norepinephrine reuptake inhibitors (SNRIs) such as Venlafaxine (Effexor) and Duloxetine (Cymbalta).

There are several therapy types that have been shown to be effective at treating PTSD. Trauma-focused psychotherapies are the most highly recommended psychotherapies for PTSD. In these therapy types the treatment focuses on the memory of the traumatic event or its meaning. These treatments use different techniques to help a victim process their traumatic experience. Some involve visualizing, talking, or thinking about the traumatic memory. Others focus on changing unhelpful beliefs about the trauma. Prolonged exposure therapy, Cognitive Processing Therapy, Eye-Movement Desensitization and Reprocessing, Brief Eclectic Psychotherapy, and Narrative Exposure Therapy are the some of the therapies that have been found to be helpful for PTSD patients.

Additionally, spirituality might help treat PTSD, too. A study of Bosnia-Herzegovina war veterans suggested that veterans who prayed had significantly higher levels of incorporation, self-protection, and reactive formation and significantly lower levels of regression, compensation, transferring, lack of control, and aggressiveness than their peers who did not pray. 9

In brief, providing shelter, food, and a safe environment are mandatory for trauma patients, but they aren’t nearly enough. Psychological traumas are very hard to treat, and treatment may take years. It has been shown that soldiers who have somebody to share their war experience/trauma with, have a lower risk for PTSD when compared with the ones who can’t talk to anybody. Victims need professional help along with community support. Trauma can be alleviated through cohesive and collective efforts and cooperation. Praying for the trauma victims, as politicians suggested for recent hurricane victims, definitely has some social impact. It has also been shown that medication/prayers decrease PTSD symptoms 10; however, showing support and empathy, listening to victims, and acts of remembrance are the other key elements of community support.