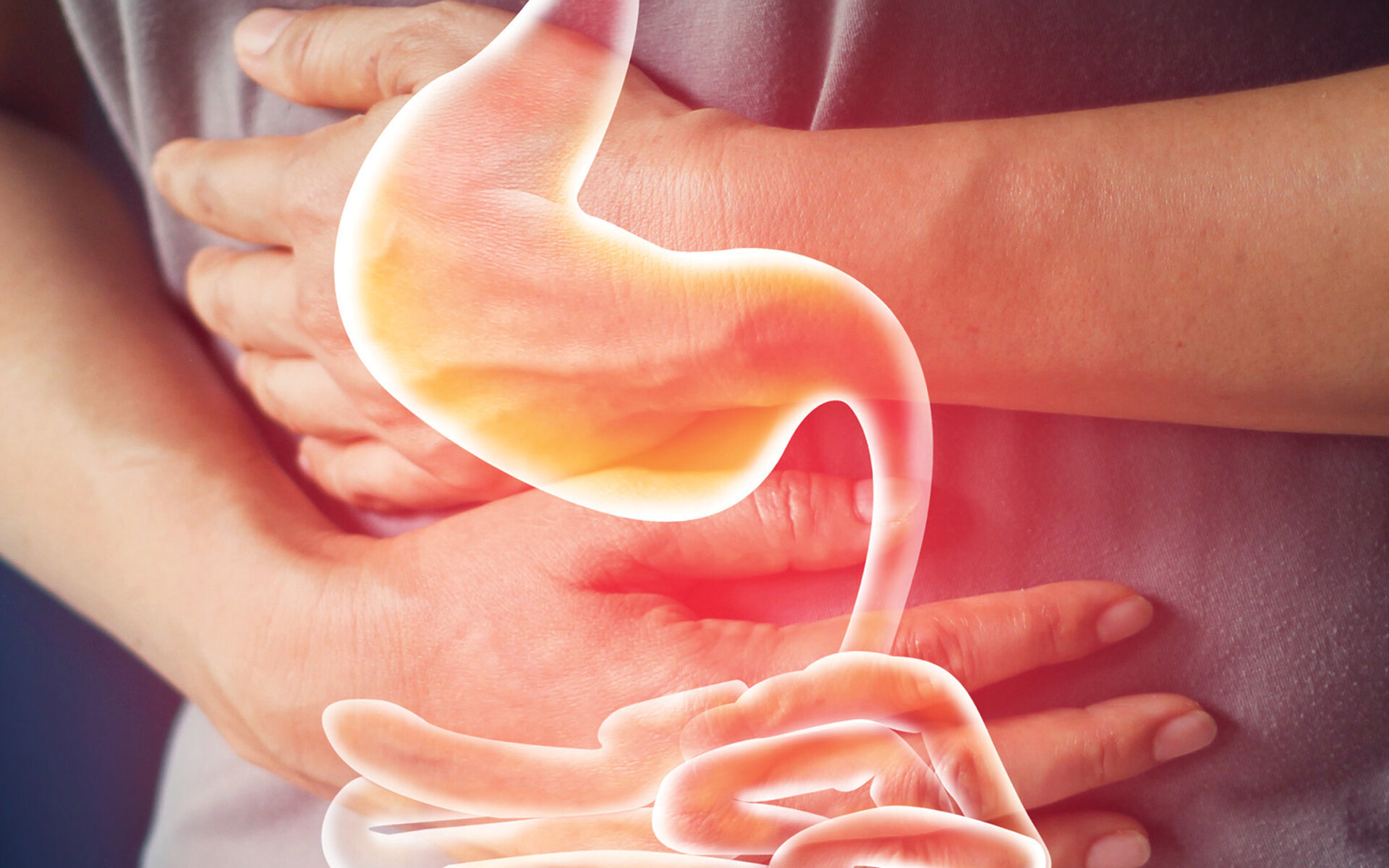 Gastro-esophageal reflux disease (GERD) is among the most common chronic diseases in the Western world, affecting up to 30% of the general population in Europe and the US. It is a condition which develops when the acidic contents of the stomach flow backwards into the esophagus and cause what’s known as heartburn. While most patients respond well to the standard therapy of proton pump inhibitors which block acid-secreting cells in the stomach, we are still trying to understand the molecular reasons why 30-40% of reflux patients do not respond adequately to acid-suppressant therapy. Not only does GERD have a significant negative impact on health-related quality of life, but the over-subscription of ineffective drugs causes a significant economic burden on healthcare.

Heartburn is the most noticeable and troublesome symptom of GERD. From what we currently understand about the pathophysiology of the disease, we know that the reflux of acid evokes different types of pain, but the basic mechanisms and pathways by which this pain is generated is incompletely understood. The junction between the esophagus and stomach is structurally and functionally designed in a way to ensure that any acid secreted in the gastrointestinal tract flows towards the stomach, and not up onto the lining of the esophagus. This function is served by the muscle structure sitting at this junction, called the lower esophageal sphincter (LES), which ensures that the ingested food following a meal does not reflux. However, there are several factors which can make the LES’s job more difficult. One of the most obvious factors includes the excessive consumption of food, particularly during the later hours of the day. There is convincing evidence that 90% of reflux episodes occur post-prandially, due to minor elevations of intragastric pressure which causes the LES to relax and therefore allow the reflux of acid. In more advanced cases of reflux disease, acid pockets form at the gastroesophageal junction where unbuffered acid collects into a reservoir. When the LES fails in this setting, there is reflux of a higher volume of acid.

Focusing on the microscopic structure of the esophagus and stomach, we can see a minute yet essential difference between the linings of these two gastrointestinal organs. The esophagus has a stratified squamous epithelial lining, which acts as a tight protective barrier against food but is readily damaged when exposed to a chemical environment. On the other hand, the stomach is lined by tall columnar epithelium, which is designed to withstand very low pH and high levels of proteolytic activity. Our gastrointestinal tract (and the human body in its entirety) is perfectly designed to carry out the specific role of transporting food from the oral cavity from the esophagus to the stomach, where it is digested for our nourishment. It is oftentimes our greediness and overindulgence which disrupt the perfect order of our anatomy at a molecular level, resulting in the macroscopic changes we see at endoscopy and the symptomatic discomfort we feel from the painful circumstances of reflux.

The stomach is our center of nourishment. Given that every food particle has the purpose of nourishing the cells of our body, why do we so commonly make the mistake of eating excessively, nocturnally, and quickly? Fatty foods influence the relaxation of the lower esophageal sphincter, along with alcohol, coffee, and acidic drinks. Large meals and rapid food intake distend the stomach, increase intragastric pressure and facilitating the reflux of acid from the stomach. Given these, it is plain to see that, in most cases, simple lifestyle changes can prevent the development of such chronic and discomforting diseases. The following verse in the Holy Qur’an offers a short but very effective prescription: “Eat and drink, but do not be wasteful” (7:31).

The philosopher and physician Ibn Sina (Avicenna) summarized the science of medicine as follows: “Eat little when you eat, and after eating do not eat again for a certain period of time; health lies in digestion. There is nothing heavier for the body to tolerate than putting food after food in the stomach.” Frugality in eating is also echoed in the teachings of Prophet Muhammad, peace be upon him, who famously said “There is no vessel which the son of Adam can fill more evil than his stomach, for it is sufficient for him to take a few mouthfuls in order to straighten his back; but if he must, then fill one-third with food, one-third with drink, and one-third with air” (Tirmidhi).

The lifestyle factors that are strongly associated with GERD are obesity and smoking. In the 30-40% of GERD patients who do not respond to acid-suppressant therapy, simple lifestyle changes such as cutting out acidic drinks and eating more slowly, and not after 7 pm have been effective alternative treatments. While our understanding of molecular pain mechanisms of the esophagus need further improvement, the simple act of making minor changes in our eating habits can ensure that the anatomy and function of our gastrointestinal tract remains optimal.