(continuing from the previous issue)

Zayn al-Abidin (659-713), the son of Prophet Muhammad’s grandson Husayn, was a deeply spiritual person who voiced his woeful sighs, hoping to gain God’s forgiveness and mercy. The following is some of his pearl-like prayers:

“O God, I am not the first person that has spent his life in rebellion and then turned to you with a sincere feeling of remorse. I have touched the doorknob of Your door of Mercy, and thus expected Your mercy, compassion, and grace; so many others bowed their heads before that door and none of them returned empty-handed.”

“O my most exalted Lord! I have come to Your sublime presence without any provisions; You are such a magnanimous Bestower; please respond to my prayers and implorations, and do not let me down in my hopes and expectations!”

These sighs and pleas resonate with those made by the people within the “blessed circle,” the group of Companions and family members of the Prophet Muhammad (pbuh) that knew him personally and were able to directly experience his radiance and spirituality. Thus, they offer these compositions of prayer from their heart to those whose hearts gave in to heedlessness and are astray from the course that they are supposed to take. Their goal with these heart-piercing prayers is to try and make the souls of those stranded on the path – like myself – feel what they felt. With lyrics from “the blessed circle,” and the tune from this angelic soul of Zayn al-Abidin who burned with a love of God, they express their opening up to God in the mode of adhan – call to prayer – and attempt to come to grips with their soul through prayers such as:

How can sleeping heedlessly be becoming for the humble servant,
while the All-Beneficent calls out with compassion at nights
(Ibrahim Haqqi)

Such prayers resonate with the heartstrings of those who understand and – if they are not in complete spiritual death – rise and come running with the hopes of getting closer to the Almighty. May God enable us, too, to be awakened with those sincere invocations and come to our senses!

Zayn al-Abidin does not suffice only with opening up to God, and thus wishes to turn to Him in every way that he can spiritually. To be of guidance to those coming from behind in how to face oneself for sincere repentance, he places his head down at the door of Divine beneficence and mercy, and this time offers a different prayer:

“My God! My wrongdoings and sins – as if he were someone who ever committed sin (FG) – enshroud my soul with despicableness. I have become separate from You and I am clad in misery. Sins have utterly darkened my heart – what a profound self-supervision it is! (FG). I am at Your door, my head bowing on the doorstep of compassion; O the solely worshiped and besought one! Please do accept this beseeching and repentance of mine! Once more, I have turned to Your most exalted court. With my head humbly bowed down, I obediently stand in Your Supreme presence and wait for a decree of my forgiveness. If you expel this servant of Yours from Your door, whom can I turn to; whom can I seek refuge with?! O Almighty Lord who forgives even the greatest sin and dresses up injured hearts in disorientation. I wish from You to forgive my shameful wrongs and regard them as null, and to screen all of my sins. In the realms beyond, do not deprive me either, of Your graces to those whom You love and of that refreshing climate of Your favors, bounty, and beneficence!”

By presenting one more different picture of imploration with these words, he attempts to drink from the fountains of forgiveness, repentance, and sincere penitence. In direct proportion with their vast horizons of spiritual knowledge, they grieve so deeply that it would be easy to mistake them for sinners. Even though we may not be aware, such sighs are in fact prayers of glorification and actually belong to the horizons of those closest to God; they are a call to prayer to warn the ignorant ones. No matter what a person of that level of spirituality says, I think that that monumental personage actually did not even socialize with evil temptations even in his dream. On the other hand, he still kept praying and asking for forgiveness, which was an outcome of his exceptionally close position before God; this is a lesson and serves as spiritual counsel for us. 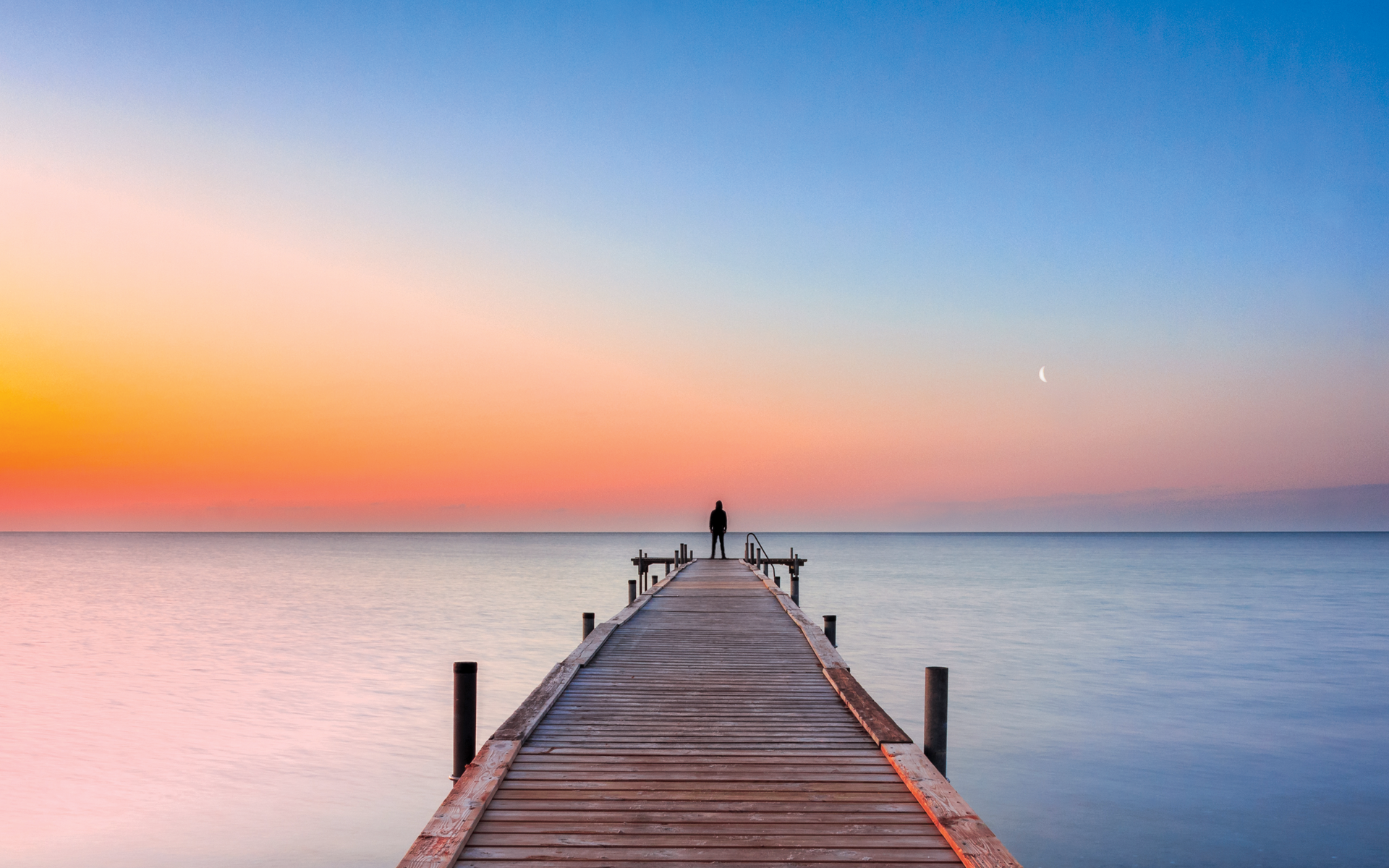 “I am at Your doorstep,” says he constantly and keeps petitioning to God with his head humbly bowed down:

“O my exalted God! Do not ever let me be separated from You and fall into sin. Do not allow me to drift into rebellion, which is like an all-consuming sea. Save this servant of Yours from drifting to things to incur Your displeasure! Here I complain to You about my distressing carnal soul which makes me run after never ending worldly ambitions; my carnal soul that keeps whining against troubles and misfortunes, which credits itself for every good thing and is always inclined to futility. Inflicted with heedlessness and oblivion, my carnal soul makes me ever prone to sins, and tempts me to delay my repentance to You until ‘tomorrow’ with each passing day.”

I do not know what this pure and innocent soul, who already rests on the horizons of contentment with God, means by his “carnal soul”? He goes even further seeking refuge against Satan and whirlpools of fancies:

“O God! I complain to You about this dead heart of mine, captivated by various evil whisperings and hardened with rust, and which forgot the meaning of being in fear and awe of God…

Can those among us who has been in oblivion of tears and shudders of the heart now for centuries, those who have reduced faith to outward rituals, those who are described in the Qur’an as “donkeys loaded with books” (Jumu’ah 62:5), those who are not aware of what they are carrying, can they make sense of these prayers?

He still does not suffice with this and turns to the horizons of awe and reverence of God, and to the essential elements of human perfection and virtue in the shade of the truth “the beginning of wisdom is awe of God.” He groans, as if voicing the following lines of the poet Mehmed Akif, and once more he humbly bends before the Truth:

What gives loftiness to character is neither wisdom nor the conscience,
It is a fear of God that evokes the feeling of virtue in us
If fear of the Almighty in hearts were to disappear,

Wisdom or the conscience would not have any influence anymore
Life would fall to an animal level; no, even lower than animals! (M. Akif)

This is the thinking of Zayn al-Abidin and with such thoughts he inspires others to become true humans. He expresses these feelings through prayers of fear and reverence before God. Beyond the peaks of consciousness of being seen by Him, he groans like a reed flute as if they are brought before God and have a vigilant attitude. Here are a few bunches of fear and awe from him in different patterns and hues of hope:

“O my exalted God, the eternal sovereign of mercy and compassion! Are You to throw this loyal servant of Yours who turned to You into the fire of being without You? Are You to deprive me of Your forgiveness and not pardon this helpless one whose misdeeds can only be purified by Your immense seas of mercy? No, a hundred thousand times no, of course! You never let down in disappointment those who turned to Your divine court.”

As if he remained breathless here, he groans like a heart resonating with the strike of a plectrum of awe:

“If only I could know that You included my name in the book of fortunate ones and honored me with Your closeness! If I only knew this, so that my eyes and heart too would light up with joy. O God! Do not shut Your gates of Mercy against those who know You and believe in You even only to some extent! As I hope and believe, please do not let down the hearts You have revived by letting them feel Your exalted existence into the misery of being without You—You never did so—and thus do not let us down into the fires of separation and Hell! My God! Save me, Your servant from Your displeasure and due sufferings!”

One can feel his deep concerns in the following words:

“Save me from the torment of Hell on that toughest day when good and evil will be distinguished, when people will be at their wits’ end, when souls engaged in good acts will be enraptured with the rejoice of closeness to God, when unfortunate ones who misspent their lives will shake with the grief of remoteness, and when nobody will be subjected to the slightest degree of injustice.”

With the feelings of an utterly sinful one Zayn al-Abidin sets about most heartfelt implorations. With the awareness that “two fears and two assurances” do not coexist, he passes from one petitioning to another. He constantly implores God with his open hands at the door of His Mercy and teaches those who are believers on the outside, but not in the inside, and those who are deprived of awe and reverence of God.

Read the previous article: Facing Oneself