Corona and a Call of Revival: An Interfaith Perspective 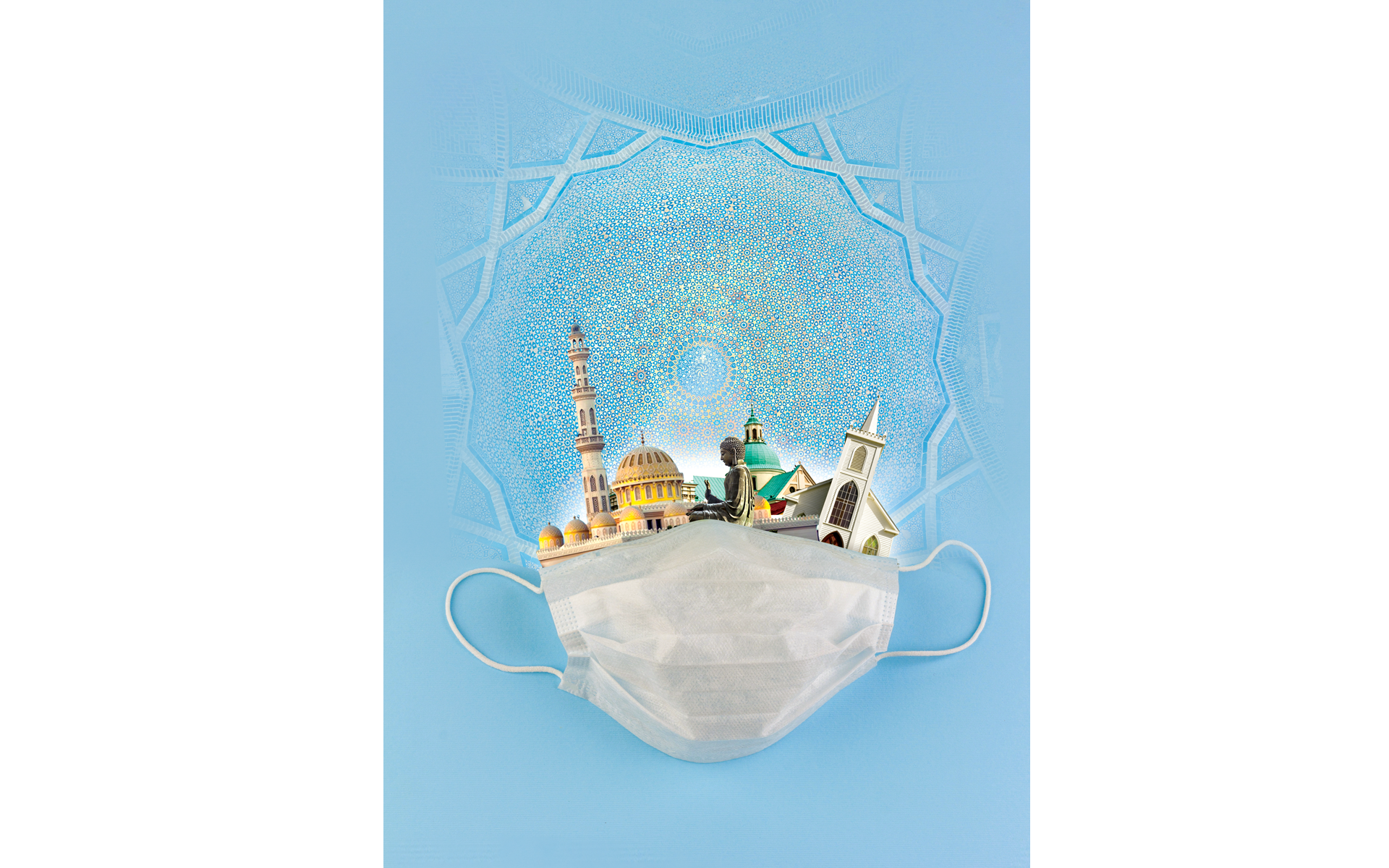 About 3500 years ago in Egypt, Moses began to preach the religion that calls for submission to God, which he inherited from his forefather Abraham. According to the belief in that era, the ruler was considered a son of God, even a god on earth.

The Pharaoh said (to his chiefs): “Let me kill Moses, and let him call upon his Lord! I fear lest he alter your religion (replacing it with his), or lest he provoke disorder in the land” (Mu’min 40:26). What is meant by “religion” as mentioned in the verse refers to the civilization, i.e. the overall social order, of that society. The pharaoh was rather concerned about his own reign, like many other tyrants, but he professed as if he was concerned about his people and that he wanted to get rid of Moses for their good.

The following verse expresses this fact: “They said: ‘These two men are surely sorcerers intent on driving you out of your land with their sorcery, and doing away with your exemplary way of life’” (Taha 20:63).

Then the Pharaoh increased his torment to the believers and closed up their temple. In that case, God commanded Moses and his brother to take their houses as places of worship (a center of learning) (10:87). The essential judgment on worship was to be observed in the temple, but the command to pray at home was a special judgment to be implemented during this period of torment.

We are currently facing another crisis, though entirely different from the persecution that Moses and his followers endured, that is requiring us to temporarily close our houses of worship and instead pray at home. In these days of Coronavirus, all faith communities, including Muslims, Jews, and Christians, abide by this special judgment. For Muslims even the congregational Friday Prayer, which all males without valid excuse must strictly attend, is suspended. Everybody prays at home instead for the same reason of protection from harm. Whether they observe prayers or not, most people are at an obligatory retreat.

From a believer’s perspective, these days are offering us some serious food for thought. Is Coronavirus on a mission sent by God to warn people who exceed in wrongdoing? Are we being told to come to our senses, to make up our minds, step back from wrong, act in accordance with our purpose of creation, not neglect our families for the sake of greedy pursuits, and live in a way to be eligible for eternal happiness?

Two thousand years ago, Jesus Christ, peace be upon him, taught his people about belief in God. He was able to preach for only a very short amount of time, only to be accepted by a limited number of people around him all of whom suffered and were exterminated under the cruel Roman Empire. Yet, his message was not silenced; by the third century after he was gone, a great majority of people ruled by Roman Empire accepted his invitation. Muslims believe Jesus Christ was ascended to the heavens to be sent back to complete his mission as a renovator of faith in God in the Latter Times in the way of Prophet Muhammad, peace be upon him, who, according to some Muslim scholars, is the “advocate” (Paraclete – or Parakletos, the Praised One) mentioned in John 14:16. It is believed that Jesus Christ will lead his followers – now dispersed in many denominations more so than any other tradition has [1] – and will unite them back in worship. Coronavirus has struck at a time that is most special to the Christian community, and thus giving them an opportunity to reflect on faith. It was the time of Lent, a six-week period which ended on April 11. Observing Christians have sought closeness to God by observing different forms of worship such as fasting, praying, and supporting the needy while hoping to be more receptive to the call of revival by COVID-19. Taking this opportunity, it is my hope that Christians, who are adorned with these lofty qualities, had a happy Easter holiday, which was on April 12 this year. I also celebrate the Passover holiday of the Jewish community, which was on April 8.

As a matter of fact, even the timing of this global retreat is worthy of attention; similar to Christian Lent and Easter, Muslims are in the midst of the holy three months of Rajab, Shaban, and Ramadan, while the Jewish community have been celebrating Passover within these days of retreat. Surely the followers of other traditions such as Buddhism and Hinduism will evaluate this period in meaningful retrospect. The indigenous people of Canada pray as follows:

“O our exalted Creator! We wish you to be with us. We wish you to help our diseased ones and our friends who are far away. When we lose hope, please remind us to be thankful for the blessings of water which gives life and the earth which bears us. O God, please help us know that all people are our relatives!”

Muslims have not undergone as huge a diversification as has been the case in Christianity in terms of the essentials of faith. However, many Muslim nations have failed to duly understand the true message of the religion, could not interpret its commandments, nor could they practice it properly. As those in power did not govern them well for a very long time, many countries of the Muslim world have lagged behind with regards to civilization, ethics, culture, and public administration. In a way, they have alienated themselves to the essence of their own values. Interestingly, social studies indices that conduct research on which countries perform better on establishing institutions that reflect Islamic values and principles, there is not a single Muslim country among the first thirty [2]. There are countries like Ireland, Finland, Sweden, Denmark, New Zealand, and Canada among the first ten. The brilliant face of Islam entered a period of eclipse in the Muslim world, and then the eclipse got to be constant. Accordingly, Corona is virtually making the following call to Muslims: “You did not thoroughly understand and practice religion God revealed to you by means of His Messenger. Come back home, you need a revival. Make up your mind to make wise use of this opportunity. Evaluate the oncoming opportunity of Ramadan well in your home. Try to make up for things you neglected for years. Make self-criticism, come to grips with yourself! Become repentant and ask forgiveness!”

May this holy Ramadan, the month of the Holy Qur’an, be a means of God’s good pleasure and happiness for all Muslims.

With Coronavirus, and for that matter with all such tribulations, perhaps God Almighty makes us realize that He has not ceased to care for the humanity He created: “Shall We take away this Reminder from you (and leave you to your own devices), because you are a people wasteful (of your God-given faculties and committing excesses)?” (Zukhruf 43:5). Thus, He gives an opportunity to people before the Day of Judgment to repent and experience a “revival” now, so that we can be absolved “there.”