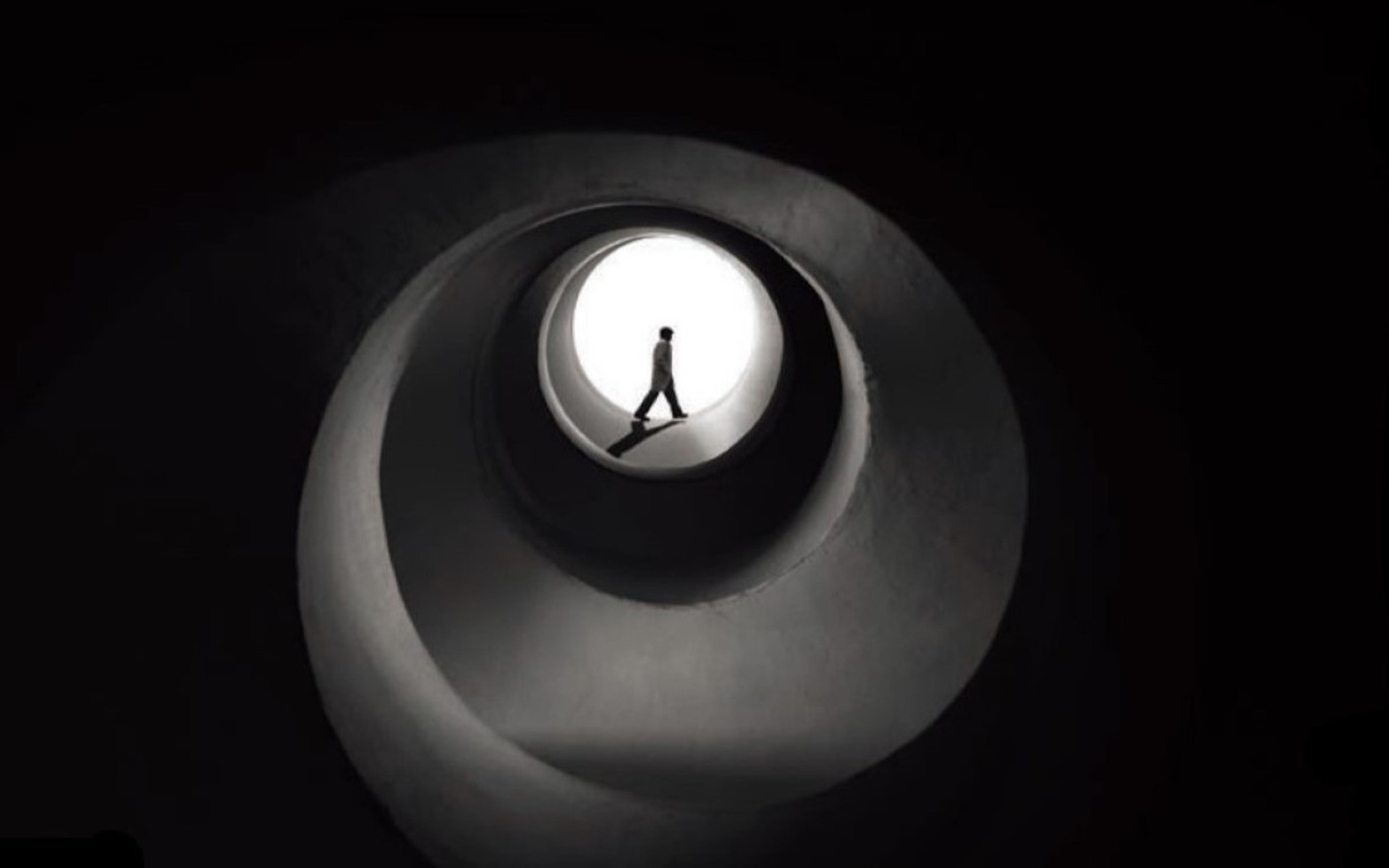 Self-concealment means that the perfected servants of God who attribute to God whatever good or virtues that they may have, try to be known as ordinary people by constantly keeping secret the special blessings and extraordinary attainments with which the Eternally All-Generous favors them, as well as the blessed times when they come. But such an attitude is by no means false pretense or deception. It is usually felt during the tides between seeing everything annihilated in God and distinguishing the Existence of the Truly Existent One and the relative existence of others. Those who are seeking self-concealment are in constant pursuit of sincerity and frequently question themselves to ensure that they are really preserving their devotion and loyalty to God. They do their best to keep God’s special favors to them that come in different forms as sacred secrets between themselves and their Bestower, out of respect for Him, and they consider whatever comes from Him as a secret gift. Whatever good or blessing has been attributed to them, they always draw attention back to the Almighty and, if there is not anything to make them absolutely obliged to display their blessings, they will always try to find ways to conceal them, as in the allusions of Prophet Abraham, who said, I am sick (37:89) when he was invited to the religious festival of his people, and, Rather, (some doer) must have done it—that is their biggest (21:63), when he was asked whether he had smashed the idols [1]. They shy away from becoming a person who is sought after in the same way as others shy away from snakes and other vermin.

Perfected persons of self-concealment are extremely careful not to display any inward riches and spiritual profundity. Even if they should sometimes feel they are really profound in spirituality, they try to persuade themselves of their essential insignificance. However, in trying to impress on others that they do not have any extraordinary virtues, they avoid causing Islam to be criticized for being a religion that brings dishonor and ignominy to its followers. Without saying or doing anything to suggest that they have been specially favored by God, they are always deeply devoted and loyal to Him. They regard attributing to themselves whatever good or spiritual attainment that others may discern in them as usurpation. Even if at times they are in the center of the Divine favors, they always act with good manners and modesty, saying to themselves: “You are neither the source nor the owner of these favors. These gifts which sometimes appear to you and then disappear can in no wise belong to you. As you can clearly see that it is not you who has brought them about, nor is it you who takes them away, you must see that you cannot own them. Your position with respect to them is that you are essentially a dark mirror; therefore you must attribute these gifts to the Eternally All-Generous and draw attention to Him.” When Divine gifts and favors do not come in abundance, they think: “You must conceal the Divine secrets and His treatment of you. You must be able to do so in order that His transactions with you may continue, and so that these gifts, which are beyond your capacity, may not lead you to gradually perish because you think that you own them.” Such people are quite ordinary among people; they are extremely careful to keep their inner world pure and they are very sincere in their exclusive devotion to God and attributing to Him whatever virtue they have.

Heroes of self-concealment follow a secure way to verification and always pursue God’s approval and good pleasure. They never think of others’ approval or appreciation and they expect nothing from others. They try to make their feelings and devotion deeper and to rise higher and higher without stopping; they are in a state of continuous self-supervision. They always control themselves so that they can be with God even while mixing with other people. They try to direct others to the way of the light, which is the way of knowledge and love of God and a source of spiritual pleasures, although those pleasures should not be sought. They show the way to Paradise to those who linger at the crossroads between Paradise and Hell, and they try to inculcate lofty ideals in the hearts of those who are living aimlessly. They can establish good relations with all, be they from any segment of society, without any difficulty or ceremony.

Heroes of self-concealment are always in self-negation and self-denial and try to attract the attention to the Almighty in everything they do. But some scholars, like Harawi [2] and Ibn Qayyim [3], went to extremes in evaluating this virtue; the former asserted that it is the Almighty, not the servant, Who conceals His servant from others, while the latter denied this state altogether. For this reason, I would like to remind the reader once more that self-concealment denotes that travelers to the Ultimate Truth, who have attained spiritual purity by carefully performing their obligatory religious duties, have become deeper in their attachment to supererogatory acts of worship in order to be favored with God’s company and have become polished mirrors reflecting His manifestations of Majesty and Grace. The All- Generous becomes the eyes and ears of His servants who have reached this point; they see and hear with Him, and He never leaves them to suffer loneliness and helplessness without anyone to claim them. By means of the criteria which He inspires in them so that they view life, things and events appropriately, He causes them to reach the best results in both this world and the Hereafter. He causes them to see things that others cannot see and to hear things that others cannot hear, and he employs them to carry out His will in the human realm and to convey to people the things which He is pleased with and the things He wills others to do.

The Qur’anic statements, When you threw, it was not you who threw, but God threw (8:17), and Those who swear allegiance to you (O Muhammad), swear allegiance only to God. God’s Hand (of aid) is over their hands (48:10), refer to this point, in that those who have reached this rank are absolutely convinced of Divine Unity, but sometimes they see everything annihilated in God and sometimes they are able to distinguish the absolute (Divine) Existence and the relative existence (of other beings) from each other. Although the rank indicated by the verses belongs primarily to the Prophets, who are the purest of all and incomparably superior in self-concealment, as in all other virtues, other heroes of self-concealment have a share in it. However, the self-concealment experienced by travelers on the way to God is concerned with the Divine Attributes, not the Divine Being, and the unchangeable rules of the Shari‘a determine its limits and nature. The throwing and hitting, seeing and speaking, and exalting by participating in allegiance, which are mentioned in the verses just cited, signify that the Ultimate Truth manifests His Attributes of Majesty and Perfection, not His Divine Being, on the chosen, matchless being, upon him be peace and blessings.

This consideration is expressed in the following words of Jalalu’d-Din Rumi, although they also suggest to some extent annihilation in God and subsistence by Him:

Noah said: O people leading rebellion to God, I am not myself;
I am dead with respect to my soul, but alive to the Beloved.
I died and was annihilated with respect to some senses of Adam, the father of humanity,
And the Ultimate Truth has become (a means of) hearing, seeing and perceiving for me.

From the very beginning, the people of truth have stressed that existence arises from self-annihilation and that the assertion of self-existence ends in annihilation. The best and most appropriate approach in this respect is that travelers to the Ultimate Truth annihilate themselves with respect to their carnal souls and ego and that they find a new life in spirit and heart.

Our Lord, do not let our hearts swerve after You have guided us, and bestow upon us mercy from Your Presence. Surely You, only You, are the (Munificent) Bestower. And bestow blessings and peace on our master Muhammad and on his Family and Companions to the fullness of the earth and heavens.