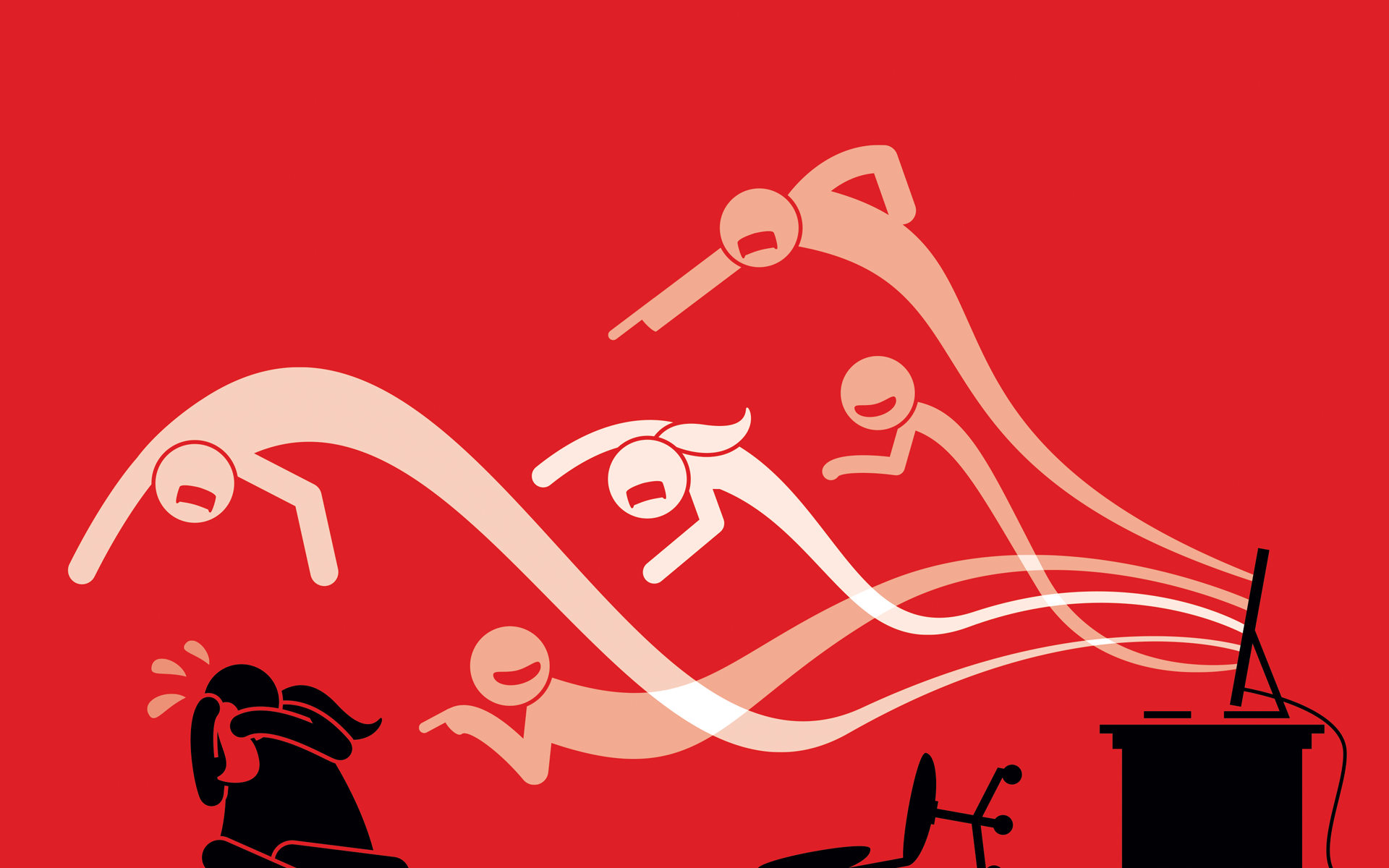 Schools are places of learning and development, but they are not free from conflicts. Acts of violence, bullying, and other incidents of conflicts occur at school campuses on a daily basis among students, which then also require teachers, administrations, and parents to get involved. Schools have been closed down due to government-imposed lockdowns because of the spread of the Coronavirus thus temporarily halting traditional bullying. However, cyberbullying still remains as a problem and it has been one of the growing issues among the latest generation of students [1]. An ease of access of smartphones and computers, along with an inadequate amount of widespread education on best Internet safety and social networking portal practices, has caused cyberbullying to also grow among young adults and adults.

Instances of cyberbullying often require principals to get directly involved in order to successfully resolve conflicts. Decisions made by school administrators can affect students’ futures, both psychologically and physically, therefore they should refrain from making poor or biased judgments that can mislead school personnel and students. Even though technology has become a big part of learning and teaching at schools, not all school boards have specific and clear set policies about Internet safety and acceptable online behaviors for students and teachers [2]. After having increased reports and media awareness about bullying and cyberbullying, districts and school boards started to change the nature of school policy on bullying [3].

Cyberbullying is becoming more rampant than traditional bullying since it is far easier to engage [4]. Bullies may also be motivated to act even crueler online than in person since there is much less risk of physical confrontation. Students who cannot physically bully can easily become a cyberbully by using online platforms in order to hurt other’s feelings and damage their reputations [5].

Cyberbullying is a planned type of attack that can be done by individuals or a group of people in a manner similar to that of traditional bullying [6]. Cyberbullying is a type of bullying that usually involves sending hurtful text messages, spreading rumors through social media sites, creating web pages and fake profiles to make fun of people, taking private pictures in bedroom, bathroom, and posting them online. These hurtful and degrading messages can rapidly spread online among friend groups and grades, and can influence how other people perceive a fellow student [7].

Amanda Todd was a teenager in Canada’s British Columbia. She started using social media portals and video chat rooms when she was in 7th grade to meet new people. One of the people she met online successfully convinced her to expose parts of her body on camera. This person then used these photos to blackmail Amanda and began circulating the photos on social media sites. Amanda had to change her school often because of this issue and each time she moved to schools the person who posted her images would go undercover to become her friend. She eventually posted a video online titled “My Story: Struggling, Bullying, Suicide, and Self-harm,” where she used flash cards to talk about her experiences of being blackmailed and bullied. She hanged herself on October 10, 2012 a month after she posted the video.

Less than a week after Amanda’s death, lawmakers announced that they would start a movement seeking to lay the groundwork for a national bullying prevention strategy. Cyberbullying now is an offense under Canada’s Criminal Code. Sharing intimate images of a person without the consent of that person is a crime. Conviction can result in very serious legal consequences including up to 5 years of jail time. All devices used in the offence can be seized, and the perpetrator can be ordered to reimburse the victim for any costs that may accrue from removing the intimate images from the Internet or elsewhere.

School boards and administrators have to create safe and collaborative learning environments while developing strategies to prevent harmful behaviors and violence among students. Policy requirements are very general and do not provide specific guidance to school administrators. Most policies developed by school boards focus on general information, student code of conduct, and reactive consequences such as expulsion or suspension. Not enough effort has been put out in order to develop policies that work to prevent cyberbullying from happening in the first place. Developing comprehensive prevention and intervention strategies for cyberbullying is a key factor for effective school policies. To date, there are not enough holistic efforts provided to educate students and parents about Internet safety and Digital Citizenship expectations.

Parents should be aware of what is going on the social networking platforms. There exists a large gap of knowledge, comprehension, and understanding in between the current generation and their parents regarding the Internet and its many different social networks. Most parents have no idea how and for what purposes their kids use their cell phones and electronic devices and have even less of an idea to check their children’s device usage. Parents should pay attention to their kid’s online activities and check the websites or applications that they use on their phones or computers [8]. It is recommended that parents also attend at least one training session about Internet Safety and Social Media Portal Usage, either onsite or online, provided by the school district. To be able to do it, schools need to train the parents by providing presentations, videos, or inviting speakers throughout the year and encourage parents to attend school-wide assemblies or take short online courses on a yearly basis. After completing the course or attending the presentation, schools must present the Certification of Completion to each participant. Notices should follow throughout the year to provide continuous support to parents. Maintaining attendance records will help school administrators to follow up and identify the prevalence of cyberbullying issues among the children of those parents that did attend and compare that data with the data of students whose parents did not attend. To encourage other parents, comments and reflections of participated parents should be posted on school website, bulletin boards, and parent letters.

The most effective prevention and intervention program involves educating our students through a set curriculum on Internet safety and digital citizenship [9]. A digital citizen is someone that is literate and up-to-date on proper Internet usage and best practices. Many students believe that it is almost impossible to prevent cyberbullying due to how easy it is to perpetuate it, however students need more knowledge of available strategies and resources. Digital Citizenship programs should be implemented in all schools within each district and should be covered from kindergarten to senior years as a mandatory semester or yearlong course. Educating our students from an early age will help prevent, or at least diminish, cyberbullying problems as they move on to upper grades. As a part of the program, districts should organize annual competitions about anti-cyberbullying, discussions, and informative panels to students through ongoing assemblies. Districts should establish a good partnership with local law enforcement departments and agencies to set educational programs with them, including special guest speakers about anti-cyberbullying issues.

On the other side, schools should send educational flyers about these programs to student’s homes. Computer teachers and IT departments should communicate the expectations and proper usages of technology with students and teachers. To be able to have a district-wide effort, all teachers should include same digital citizenship expectations in their syllabus, which needs to be signed by parents. Since there has to be a holistic effort to implement this program successfully, communities and media outlets should be included in these programs. School districts should contact local and national media to have a story about the program and its efficiency [10].

All of these aforementioned efforts will help prevent cyberbullying at a certain point. Government should use their influence, similar to ways that Canada has, to discourage cyberbullying and other malicious behavior online. Social media companies should develop policies and procedures that protect or remove private information from social networks in cases of cyberbullying or content that has been posted without consent [11].

There should be an international consensus among countries to protect online human rights, which will require social networking companies to create universal standards for all age groups of users, since cyberbullying is a global issue. Governmental agencies should collaborate with social networking companies to prepare educational flyers and posters regarding how users can modify their privacy policies, along with cyberbullying prevention techniques, and send them to homes and schools to be posted on bulletin boards and lobbies, along with a list of the most famous applications used among students.