The Weight of Our Assumptions About Others - 1 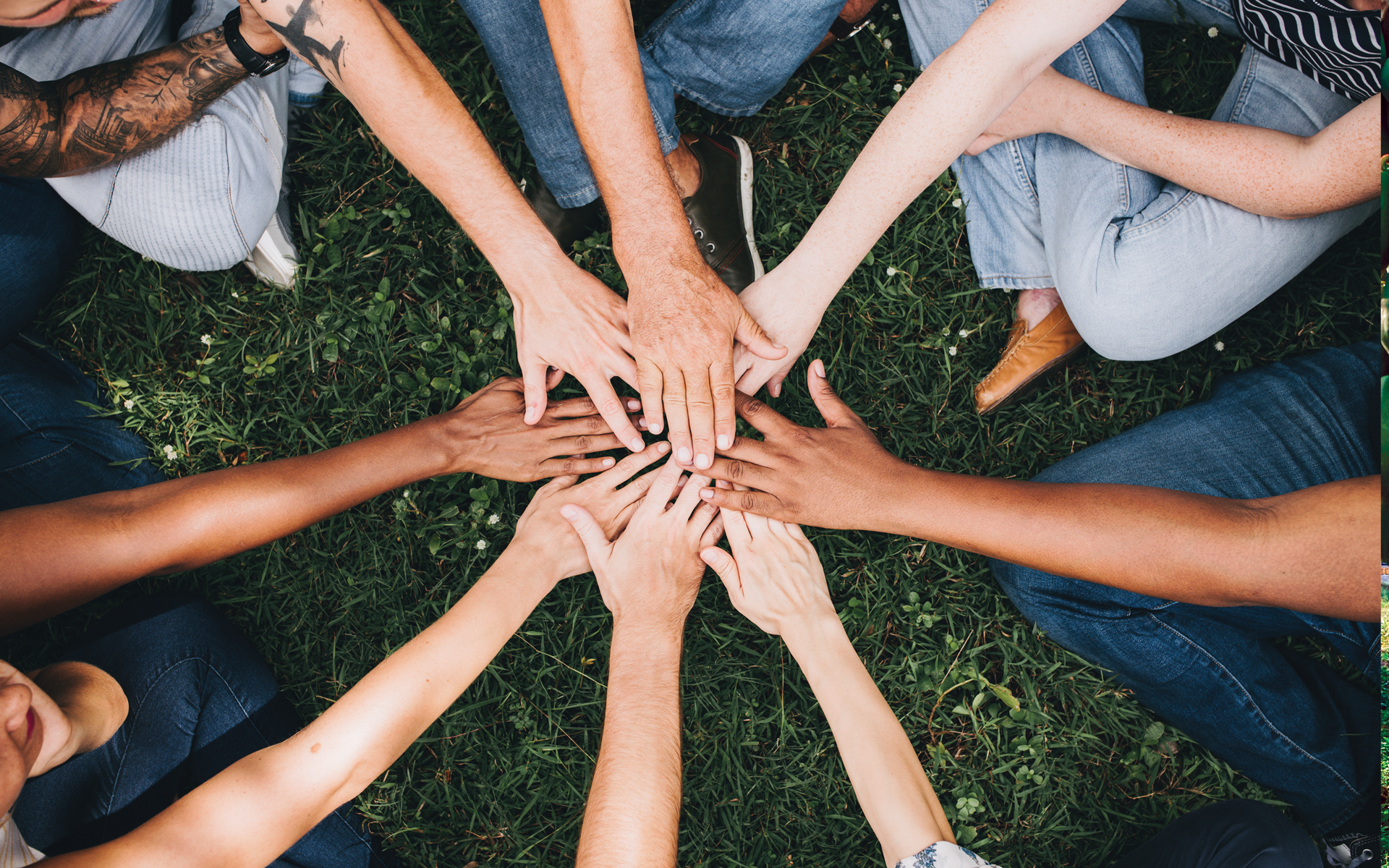 Question: While sayings of Prophet Muhammad, peace be upon him, counsel against condemning believers to shame, despising them, and disclosing their faults, they also enjoin not remaining silent and unresponsive before oppression and evil. How is a believer supposed to achieve this balance?

Answer: In such a saying mentioned in the work of Tirmidhi, the Messenger of God states, “Whoever shames his brother for a sin will not die until he commits it also” (Tirmidhi, Sifatu’l Qiyamah, 53). Thus, he forbade shaming others and rebuking them and he pointed out what kind of a consequence awaits those who commit such a sin.

It is stated that a person who shames a fellow believer for an offense he did or did not commit will not die without committing it. Sometimes, this might yield a consequence as—God forbid—a problem related to the person’s spouse, daughter, son, or another next of kin. Namely, God Almighty may sometimes let that person receive the punishment of that wrong in person or sometimes by means of a family member. While people can mostly find a way out of the problems they are personally faced with, the problems their nearest relatives are faced with can overcome them.

Perhaps such recoil can serve as a blessing in disguise for that believer as hardship sometimes does. For example, it could bring about atonement for the person’s sin. Such distress and disgrace the person experienced in this world can serve as a means of deliverance from their relevant punishment in the next world. Namely, by forbearing a lighter form of punishment, the person can be saved from the heavier one. And sometimes, the sin committed in this world is so grave that worldly afflictions do not suffice for cleansing it. For example, considering a man who violated the rights of so many people, who threatened the safety of their lives and properties, who treated their decency like a plaything, and who is involved in the evils of unbelief, associating partners with God, and hypocrisy, the due punishment for all of these heavy wrongs he committed will only be given on the Day of Judgment.

We cannot surely know the Divine wisdom underlying behind what happens; God makes some suffer in this world and some in the next. If we do not wish to suffer such a disgrace neither in this world nor the next, believers being the first, we need to keep our tongue under control about others, and even revise our thoughts about them.

Here is evidence from the Prophet’s tradition: “Whoever can guarantee about what is between their two jaw-bones and what is between their two legs (i.e. if they protect the decency of their tongue and private parts), I guarantee Paradise for them” (Sahih al-Bukhari, Riqaq, 23). The tongue is very significant in this respect. It is easy to restrain it from the beginning. However, it becomes difficult to repair the destruction that it can cause when not controlled properly. To give a basic example, when a person shames another person on account of a wrong or sin, he needs to go and ask forgiveness from that person for having violated his rights.

We should be very careful even while giving an account of a situation.  While opening a matter to discussion, we should speak so cautiously that nobody should be harmed or hurt by our words. Otherwise, if we start talking with remarks like “such-and-such person did so, that’s why such things happened to us...” and continue our discussion always with accusations and negative assumptions, we hurt many people, violate their rights unknowingly, and pass to the next world with a very heavy burden of sins.

Remember that the noble Prophet stated that a person who puts a fellow believer to shame on account of a sin he committed will be doomed to commit the same sin. Can you imagine the situation of those who revile others for misdeeds and sins they did not commit? Undoubtedly, defaming innocent people with lies and libel, and making them appear guilty by means of conspiracies and set-ups, are far graver sins in the sight of God. And if the people concerned are a wide group of people, rather than a single person, if the mud and marring target to besmirch an extensive movement and to make them lose esteem, then it is not so easy for those who commit these sins to be saved. Unless each member of the group concerned forgives the violation of their rights and gives the person their blessing about it, it is not possible for those who make these remarks to be cleansed of their sins. Therefore, it is unthinkable for real believers to engage in these plots that are typical of unbelief and hypocrisy.

As a believer shows serious concern about protecting their own esteem and honor, they have to show the same seriousness while others are concerned. They should not harm anybody, either via their hands or tongues. By purifying their minds from polluted thoughts, they should make having positive assumptions and views about people a part of their character. Technically, the Arabic word for a believer “mu’min” refers to a trustworthy person who does not harm anybody. A believer in the real sense of the word inspires such trust to those around them that nobody feels worried about being harmed by that person. Other people neither feel any relevant panic that stems from a real or apprehended reason, nor do they fear any betrayal when they turn their back against that person. They even know that even if they do some evil that the believer will not respond to them with the same evil because believers have certain limitations they will never transgress and essential principles that they will never violate.

In the sayings we stated above, the Messenger of God banned shaming believers because of certain misdeeds and sins that they had committed. We must also point out that believers have no such responsibility in Islam to go out of their way in order to learn about the vices of others. On the contrary, the Qur’an definitely forbids this with the verse, “Do not spy on (one another)…” (Hujurat 49:12).

People who continually busy themselves with the faults and flaws of others will suffer a “pollution” of their character and a “deformation” of their nature after some time. Once their nature has gone corrupt, they will not be obsessed only with sinful people, but they will also begin to defame innocent people too. On the other hand, if a person adopts as a character trait the virtue of not denigrating even people corrupted with sins they will constantly keep glowing and will brighten up their surroundings even in situations while some mar the reputations of others.

Imam Hadimi makes the following remark in his work “Bariqa”: “Even if you see a believer in a very sinful condition, do not rush to make a judgment about him. Wipe your eyes and ask yourself whether you see correctly. … If you concluded that what you saw was real, then say, ‘O God! Save him from this ugly condition and save me from committing such a sin!’ and go away.”

Although Imam Hadimi wishes to remind us of an important truth with these words, in my opinion the best attitude for a person who comes across such a sin is to say, “Maybe I saw mistakenly,” turn away instantly, move away from there, and not mention what he saw to anyone. God did not assign us as prosecutors for spying into other’s sins.

It should not be forgotten that one of the Divine names is Sattar, which means “One who covers faults and sins.” It thus befalls a believer to adopt this virtue. The Messenger of God, Prophet Muhammad (pbuh), taught us that if a person covers the faults of a believer, God covers the faults of that person in this world and the next (see Sahih Muslim, Dhikr 38). Many things that will put us to shame might come up on the Day of Judgment. If we do not adopt this Divine conduct in this world, we might be put to shame in the next one. Namely, the shame with which we troubled others will come home to roost and trouble us in the next world. We should give up seeking, and exposing, the shameful sides of people. And when we do learn about them, let us not reveal them to others.

Not scorning and not hurting anyone else

In another saying, the Messenger of God taught us that, “It is enough of an evil (to bring perdition) for a person to hold his believing brother in contempt (and making their honor and esteem into a plaything). Namely, such an evil will make the person a loser in the next world” (Sahih Muslim, Birr 32). With the approach of Hazrati Ali, nobody should be scorned even if they subscribe to a different faith, belief system, or way of life. Some people may have certain negative attributes that we do not approve of such as unbelief, hypocrisy, and misguidance. In such a case, it is not becoming for a believer to target those people and attack them. On the contrary, what we need to do is endeavor to save those people from these evil attributes that we do not like because the Pride of Humanity (Prophet Muhammad (pbuh)) did not insult anybody throughout his life and did not hold anybody in contempt.

In the same way, a believer cannot revile somebody that has fallen or stumbled in a callous fashion. They cannot put the person in question to shame by speaking about their wrongdoings to others. Particularly, revealing their mistakes and sins over time in an exaggerated fashion is definitely not the attitude of a believer. What falls to a believer is respecting and protecting the reputation and honor of all other people as if they were their own. Additionally, the duty that falls to believers in the face of the misdeeds and sins of others includes trying to learn a lesson from their situation, helping them if they are able to, and imploring to God so that He does not let themselves fall into the same situation.

It does not befall a believer to shame or hurt a person even if they do it to them. This is not an excuse for us to act immorally. Even if they scorn us, we cannot scorn them back. Even if they shame us, we cannot shame them in return. And even if they hurt us, we cannot hurt them, for in our understanding hurting people is a stumble. Others’ hurting you is a stumble on their part. If you respond in the same way, you will have committed a stumble on your part. If you think that cursing, hurting, and rude attitude and behaviors are shameful, you should not repeat the same shameful behavior. In addition, you should not forget that showing patience in the face of other’s unjust blows, their laying shame on you, and besmirching you will act as atonement for your sins.

Do not hold anyone in contempt
Do not hurt anyone, don’t break a heart
Don't side with your carnal side
Let us see what God will let come out
Whatever He lets come out is good

Pearls of wisdom offers the poet:
"Do not be hurt,
should someone hurt you.
For, lesser in perfection
is the one who is hurt
than the one who hurts.”