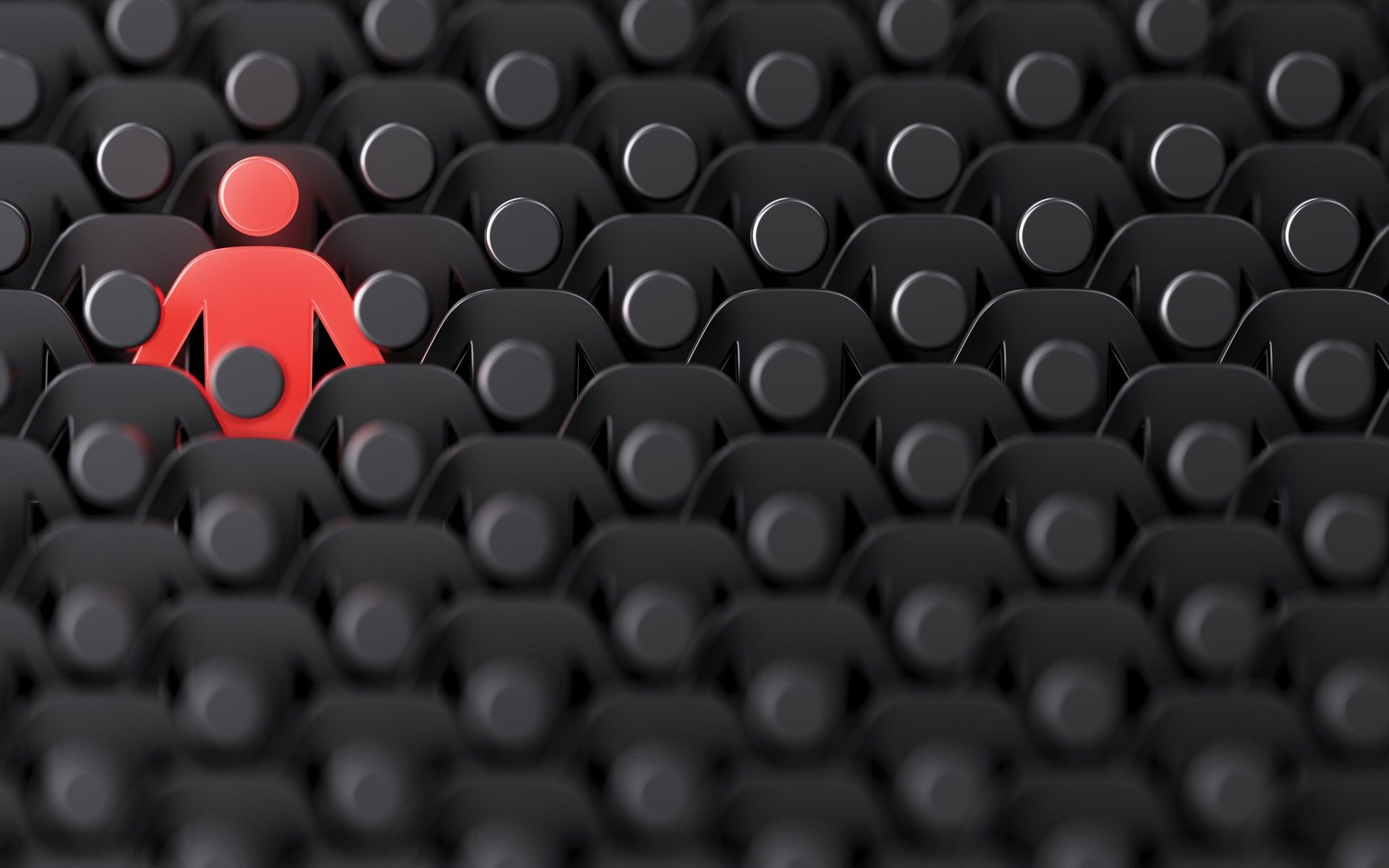 Tafrid (individuality) means seclusion from society or going into retreat to devote all one’s time to worshipping God. More particularly, it denotes that even when initiates have attained states or stations that others cannot, they never see themselves as such, because of their conviction that whatever attainment they have is, in fact, a gift from the Ultimate Truth, submitting themselves wholly to Him, and always being in His company. The verse (24:25), Surely God is He Who is the manifest Truth, contains an implicit indication of this rank.

Although resembling each other in coloring, individuality and isolation express different ranks and states of pleasure. Isolation is the state of cutting off relations with everything else save the All-Beloved and of always being with Him, while individuality is being favored with total self-negation with the needle of conscience pointing to Him exclusively. Isolation is marked by the zeal and pleasure of devoted servanthood to God, while individuality is the consciousness of being a servant bound to worship Him. The depth of this consciousness is in proportion to one’s capacity and varies in degrees with respect to the things initiates feel during their spiritual journey.

Those in the initial stages of the way to individuality—which is called individuality on the way to the Ultimate Truth— are constantly in quest of Him, trying to feel Him and making strenuous efforts to find and see Him. While doing this, they never consider what being in constant quest of Him denotes nor what kinds of things are used as means to reach this goal. Even if they make use of these means in a natural way, they are concentrated on the goal with the whole of mind and heart, and are always thinking of it. They use all their abilities of thinking and contemplation on the way to making contact with Him, and endeavor to reach Him, thus spending their whole life in the climate of this sweet dream.

Travelers dedicated to reaching the goal to such degree always feel the gifts or radiations of individuality coming from their turning to God, from their love of Him, and from their visions during the journey. They also feel the pleasure of seeking only Him Who is the One and concentrating all their love on Him alone. Being freed from wasting their faculties of loving, feeling, and seeking, they sip the sweet water of unity in multiplicity. They feel a great zeal and thirst when they are journeying through the step of advancing toward Him as their sole goal, find themselves in waves of annihilation while they are burning with His love, and are in privacy with Him freed from all others than Him when they reach the peak of the vision of Him.

When halfway on the road to individuality—summarized as individuality in the company of the Ultimate Truth—they feel that they are being favored with abundant gifts from the All-Holy One. However, they should not feel vain on account of these gifts; rather, they should be ever conscious that it is not themselves who are the origin of such gifts, but they have come purely from the All-Holy One. With this consciousness, they remain full of thanks and praises for Him. Those reaching this rank of being perfected or of becoming universal human beings and the most polished mirrors to the All-Holy, Ultimate Truth, cannot help but express that this is purely His favor. The following couplet of Hassan ibn Thabit, a famous poet during the Prophet’s time, is an excellent example of this:

I have not praised Muhammad with my words;
rather, I have praised my words with Muhammad. [1]

He means that his words are praiseworthy because they are about Prophet Muhammad, upon him be peace and blessings. Such a favor should be proclaimed in attribution to God as declared in the verse (93:11), As for the grace of your Lord, proclaim it. Some sayings of the Prophet, such as, “I am the lord of the children of Adam, and the first to be resurrected on Judgment Day, and I am the one who will first intercede (with God on behalf of human beings) and whose intercession will be accepted; but there is no pride,” [2] and comparable utterances of some of his Companions about themselves belong to this category. They do not express self-pride, but rather proclaim God’s favors and are overflowing with the feelings of thanking and praising Him. Such a favor can be regarded as a threshold to the perfect knowledge of God that is for the heroes of knowledge, love of God, and spiritual pleasures. The (third) rank of individuality beyond this threshold marks a different depth of their knowledge of God and suggests an unimaginable attainment.

This third rank, which is called individuality on the way from the Ultimate Truth, and which is supported by God’s unique and most comprehensive appreciations of those who have attained it, is the rank where travelers are favored with the constant company of God due to their perfect expansion, knowledge of God, and feeling of awe and reverence beyond all measure. The heroes of this rank feel in their inner worlds that the whole universe has been annihilated in God, they feel His constant company even when among people, and convey to the creation what they have received from the Creator, opening the door for people in order that they may be enabled to meet with the Ultimate Truth. The main characteristics of such people are that, because of their modesty, they are like other human beings in appearance, they always pursue God’s good pleasure and approval in all their acts and dealings, they live in this world by concentrating on the next one, they always feel the exhilarating company of God, they convey to others what they hear, see and feel, they take an interest in everything other than Him only because of Him, and they see every other thing as a shadow of the light of His Existence.

Those who are in the first rank of individuality are dedicated to reaching the goal of their journey. Those who have attained the second rank voice, as a proclamation of the Divine favor, the fact that they have been favored with the rays of His “Facial” Light and the lights of His Existence that they feel in the hills of their hearts. They constantly thank and praise God. As for others who have attained the peak of this journey, which is in fact beyond all ranks, and who share the indescribable depth of those of the second rank, we can approach them only with respect to their missions and their consciousness of these missions. They receive messages from the Ultimate Truth and convey these to people, calling them to meet with God, trying to remove the obstacles between people and God. They put up with living only for the life of others, and if they cannot do anything for the life of others, they experience life as an unbearable suffering. These are perfect guides and conveyors of the Divine messages. Their first or greatest rank is composed of the Messengers and the Prophets, and their true successors constitute the second rank.

The initial-rank travelers to individuality are the heroes of belief and knowledge of God who are in constant pursuit and who hasten to sincerity and purity of intention. Those of the second rank are the loyal ones filled with a knowledge and love of God, who have fully displayed their faithfulness and sincerity. As for the others, whom we try to know by their tasks and missions, they are the guides and conveyors of God’s messages, those who try to make the Ultimate Truth known to people and to rouse the spirits to meet with Him. Since the heroes of this final rank also have the attributes that are shared by those of the first two ranks, they can also be called the leaders of the heroes of knowledge of God. As for the first and foremost among them, he is our master Muhammad u Ahmad u Mahmud u Mustafa, who is the master of creation and the unique one of all time and space, upon him be the best and most perfect of blessings and peace. There are many other great persons near to his sacred sphere, especially including the other great Messengers, upon them be peace. Each of them has been honored with special favors according to his rank. However, it is Prophet Muhammad, the leader of the holiest of humankind, who was constantly being honored with such favors. Others have been ready to sacrifice their lives for the sake of one moment of his relation or togetherness with the Light of Lights. All the beauties and lights with which the others have been honored are mere reflections of the Divine manifestations that he received.

All the miracles that the other great Messengers worked by God's leave,
were caused by the light that reached them from the light of Muhammad.
What we all know concerning him is that he is mortal human being;
but he is the best and greatest of all that God has created.
If the miracles he worked had been in proportion to his greatness,
the rotted bones would be revived when one prays, mentioning his holy name.

O God, bestow Your blessings and peace on him whom You sent as a mercy for all the worlds, and on his brothers among the Prophets and Messengers, and on the angels near-stationed to You, and on Your righteous servants among the inhabitants of the heavens and earth, may God be pleased with all of them. 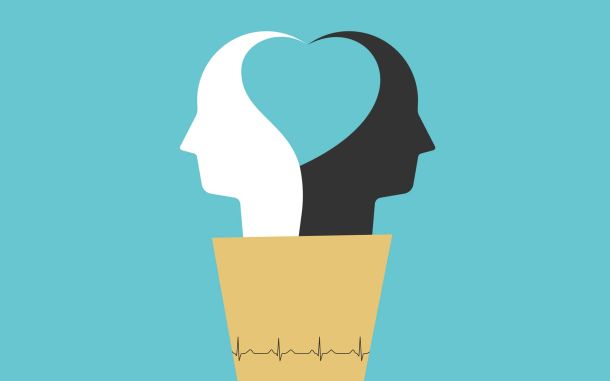 American history is lined with clear examples of overt racism from slavery to the implementation of the Jim Crow Laws, and many other examples that have taken years of struggling to dismantle. However far we seem to have come current events such a... 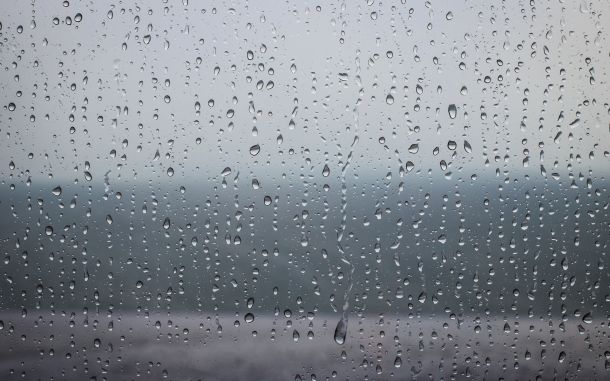 Water is an essential component of life as we know it. When studied carefully, one is baffled to find out how water is circulated from the oceans and land to the sky, so that the Earth is made a habitable place for us. Thanks to the incredible wat...