and the Sun
One early spring day, I was playing out in the yard when I saw her. She looked exactly the same except for her belly which was big and round.
01 September 2021 | Hannah Vuozzo | Issue 143 (Sep - Oct 2021)
This article has been viewed 1392 times 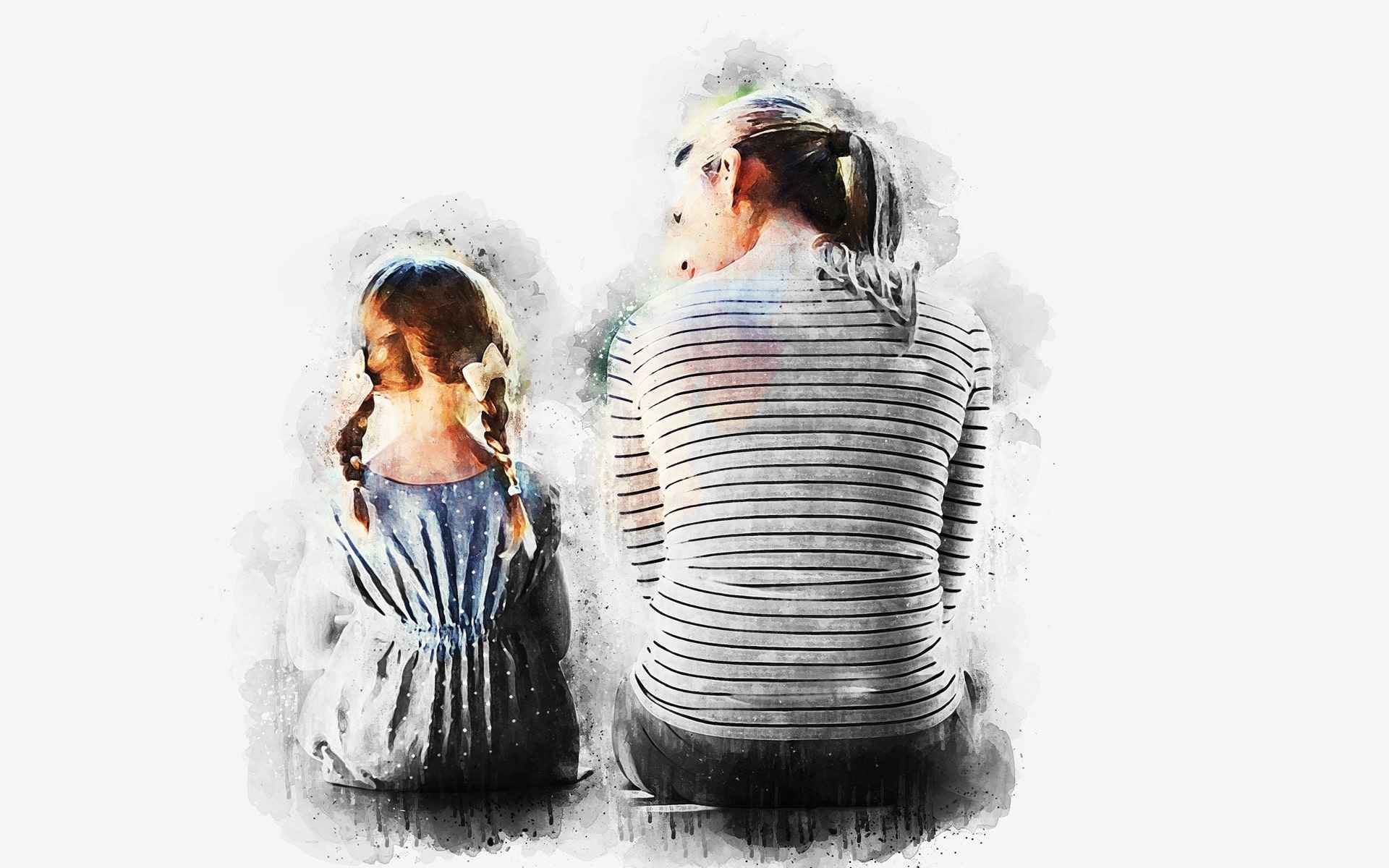 It’s a land of tundra and toil; sacrifice and secrecy; fallacy and fight. They say Russia is a cold place in more ways than one. It’s no wonder given its tumultuous history. Maybe the cold is a means of survival because, sometimes, being numb is the only way to go on. No one remains unscathed by the sharpness of this world, but some can persevere when they can’t feel their own pain. Maybe that’s why I’ve come to love the cold. In its embrace, there lies peace, an escape from the pain of being ripped away from all I knew.

Many long to numb their pain, to withdraw into blankness, to surrender to an abyss of nothingness. Papa wandered into a welcome oblivion every time he opened a bottle. I swore against alcohol the moment he hit Mama for the first time.

I was born into the mess that was post-Soviet Russia. My name was Anastasia Snezhanova. The name Anastasia means “resurrection.” My surname means “snow.” I like to think of myself as resurrected from the snow.

For the first few years of my life, I found comfort around me. I had Mama, who sought to give me the love Papa couldn’t. But her love alone wasn’t enough to raise me. Our family fell into hardship again and again which forced Mama to bring me to an orphanage.

The first time we went was in winter—February, I think. Behind the snow-covered trees, the yellow building shone brightly, as if to welcome me out of the cold. We were greeted by a woman named Sasha who gave us a tour of the orphanage. Eventually, she led us to an office. I was left to sit in the corridor. I stared curiously at finger paintings on the walls while the adults spoke about the terms of my stay.

“Are the artists of these paintings going to be my friends?” I thought.

Eventually, Mama and Sasha emerged, nodding to each other politely. My fate was sealed. Mama took my hand, bent down in front of me, and said, “I promise I’ll be back for you soon.”

She squeezed me tightly, stood up, and turned away.

I ran to her, clinging to her thigh. She reached down and cradled my head for a moment before peeling me off her. With clenched fists, I screamed. It echoed through the hall. Neither Mama nor Sasha even blinked. I screamed again and, still, I felt voiceless.

Mama looked at Sasha and sighed. Sasha smiled softly and stepped towards me. I backed away against the wall. My breathing grew heavy. I began to shake. The tears welled up in my eyes until no dam in the world could hold them back.

I sobbed in silence, then, wailed loudly, crying out “no” again and again.

“Asya,” Mama said with a quiet sadness in her voice.

“Mama,” I said. I knew she didn’t want to do this. Four-year-old me couldn’t understand why she was doing it anyways.

“Asya, please,” she pleaded. “We talked about this. I’ll be back soon, moya snezhinka.”

“Moya snezhinka,” she called me. “My snowflake.”

In a low voice, she uttered the words, “I promise.”

I wiped my tears away and reached for her once more. She hugged me again and kissed my forehead.

“I love you,” she whispered.

Then, she nodded to Sasha and said good-bye. Without another word, she walked down the stairs. I followed behind her and stopped at the bottom. She continued down the corridor to the entrance of the building. Still sobbing uncontrollably, I watched her open the door, step out, and disappear from view.

The days went by. I made friends. I stayed busy.

At the orphanage, my friends and I were given quite a lot of freedom and we took even more. We thought of ourselves as wild and wily rebels even though our escapades were innocent enough. On many nights, we snuck down to the kitchen and ate spoonfuls of honey. It felt right to share childhood. I hadn’t had a brother or sister at home. The orphanage blurred the line between friends and family.

One early spring day, I was playing out in the yard when I saw her. She looked exactly the same except for her belly which was big and round.

I ran out of the fenced-in yard and fell into her arms.

“Oh, my goodness! You’re all grown up, moya snezhinka!”

“You’re going to have a little sister, Asya. Papa and I want you home with us.”

I stayed home all summer. Papa didn’t drink as much. He was often agitated but he had work that kept him busy. When he wasn’t home, Mama was at her happiest. She glowed with each day that passed. She told me about all the things we would do together—my little sister, Mama, and I.

A week before my fifth birthday, Mama said, “Asya, for your birthday, you can choose your new sister’s name.”

I thought of a graceful figure skater named Yelena. At the orphanage, my friends and I used to crowd around the TV to admire her.

Two weeks after my birthday, Mama and Papa went to the hospital. I was left with an old lady in our building. The next evening, they returned. Papa said nothing when he picked me up. With a vacant look, he brought me upstairs to our apartment.

I couldn’t wait to meet Yelena. I burst through the door, tripping over the threshold in my excitement. I fell down hard and began to cry. Papa lifted me up and patted me on the head. It was a rare display of affection. Soon, I stopped crying and looked around eagerly.

Inside, it was dark. I could barely see Mama sitting on our old sofa in the corner. She said nothing. She didn’t even look at me. I ran to her.

“Mama! Where is Yelena? Where is my sister?”

I ran into the bedroom. No one was there.

“She’s not here, Anastasia,” Papa said without a trace of emotion.

“Where is she? When is she coming here?”

He never answered. He walked to a cabinet from which he retrieved a large bottle. He removed the cap, took a swig, and went into the bedroom, slamming the door.

Mama remained silent. I went to her. I climbed onto the sofa and towards her lap. She pushed me to the floor. I tried again. This time, she stood up and went into the bathroom, locking the door behind her.

I sat on the floor next to the door. I heard her crying. I cried too.

For hours, I sat alone in the living room until I fell asleep.

The next day, I woke up in my little bed. I slept in the living room, under the window. Mama and Papa were nowhere to be seen. Their bedroom door was closed.

I waited all morning. At last, the front door opened and Papa stumbled in, carrying a large bottle in each hand and another under his right arm. He brought home and emptied three bottles each day for the next month. He didn’t hit Mama anymore. Instead, he fell on the floor and went to sleep before he had the chance to hurt her.

Once a week, he brought something sweet for me. This was new. Before then, Mama had repeatedly said we didn’t have the money for such things. Somehow, Papa found a way. Maybe he felt bad for his behavior.

The sweets did little to lift my spirits. I found myself missing my friends. At home, I felt more alone than ever. Mama still said nothing. She spent most of the day in her room. Many times, I heard her crying.

The next winter came and Papa was without work. He stopped bringing sweets. Instead of three bottles, he brought only one. It wasn’t enough to make him sleep. He started to hit Mama. They sent me to the old lady downstairs more often.

Over the next two years, I was brought to the orphanage five times. The last time was in September, 1999.

As she had done every other time before, Mama said, “I’ll be back soon.”

She never came back.

As the days grew colder, so did I. My tears stopped flowing. They remained frozen. Perhaps I even wanted time itself to freeze as it was forcing me farther from Mama with each passing day. Somehow, I knew she wasn’t coming back.

A week before Christmas, Sasha, the woman from the orphanage, brought me to her office where there were three strangers. One of them—a pretty lady—began to speak. I didn’t recognize her words. There was a man holding her hand who had bronze skin with dark hair and eyes.

Beaming, Sasha said, “These are your new parents, Asya!”

“It’s far away from here. You’ll have to fly in an airplane to get there!”

I’m sure my face looked puzzled.

The pretty lady bent down, looked directly into my eyes, and spoke.

“We know it sounds a bit scary, Asya,” Tatyana echoed her in Russian. “But we want to give you the very best life. We want you to be happy. And we will do everything we can to make that happen.”

Looking back into the pretty lady’s eyes, I felt an instinct—a need—to trust her. I made up my mind to give in and I’ve never regretted that decision. Not when I nervously boarded an airplane for the first time in my life. Not when I watched my homeland shrink below as we flew high into the sky. Not when I stepped off the airplane and heard every language except my own.

The day I arrived was a white Christmas Eve. I knew only three words in English: “hello” and “thank you.”

My new parents led me into a house and upstairs where I met many people who hugged me and smiled.

A few minutes later, the pretty lady grabbed my hand and said, “We have a surprise.”

“‘Syurpriz’?” I repeated. She nodded happily.

At that moment, everyone turned to look at the stairs. I heard voices coming closer. A little girl with sun-kissed hair appeared.

When she saw the pretty lady, the little girl cried, “Mommy!”

She took one step forward before tripping and falling on the floor. At once, she began crying and the man with the bronze skin ran to sweep her up in his arms. He put her down in front of me.

Seeing her up close, my heart nearly stopped. Then, she smiled and I cried.

The sun shone and the snowflake thawed. 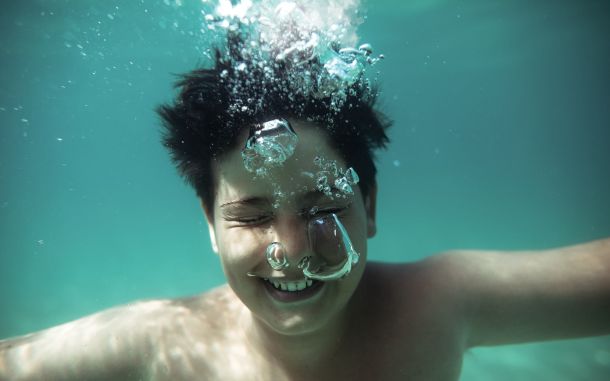 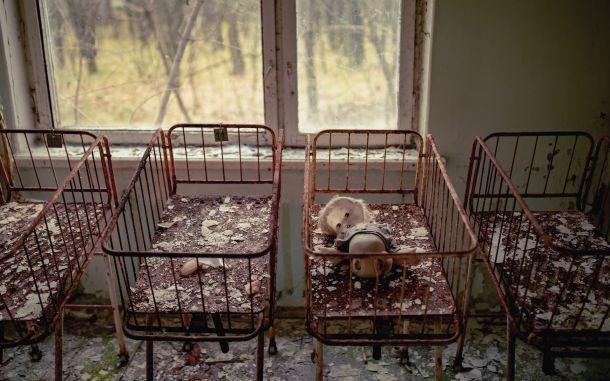 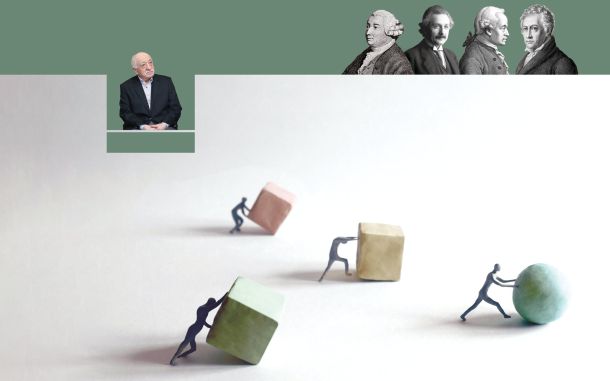 Philosophy is described as the rational, abstract, and methodical consideration of reality as a whole or of fundamental dimensions of human existence and experience. The term philosopher, from ancient Greek, is a person who practices philosophy, e... 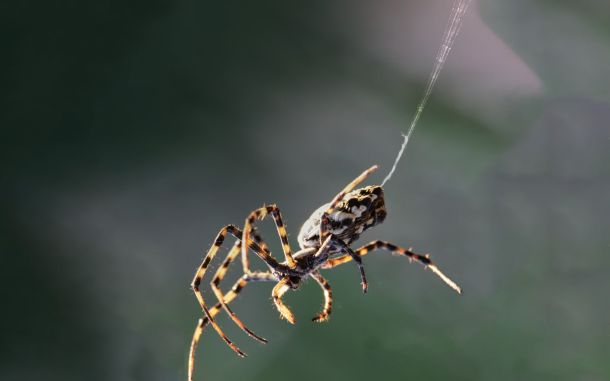