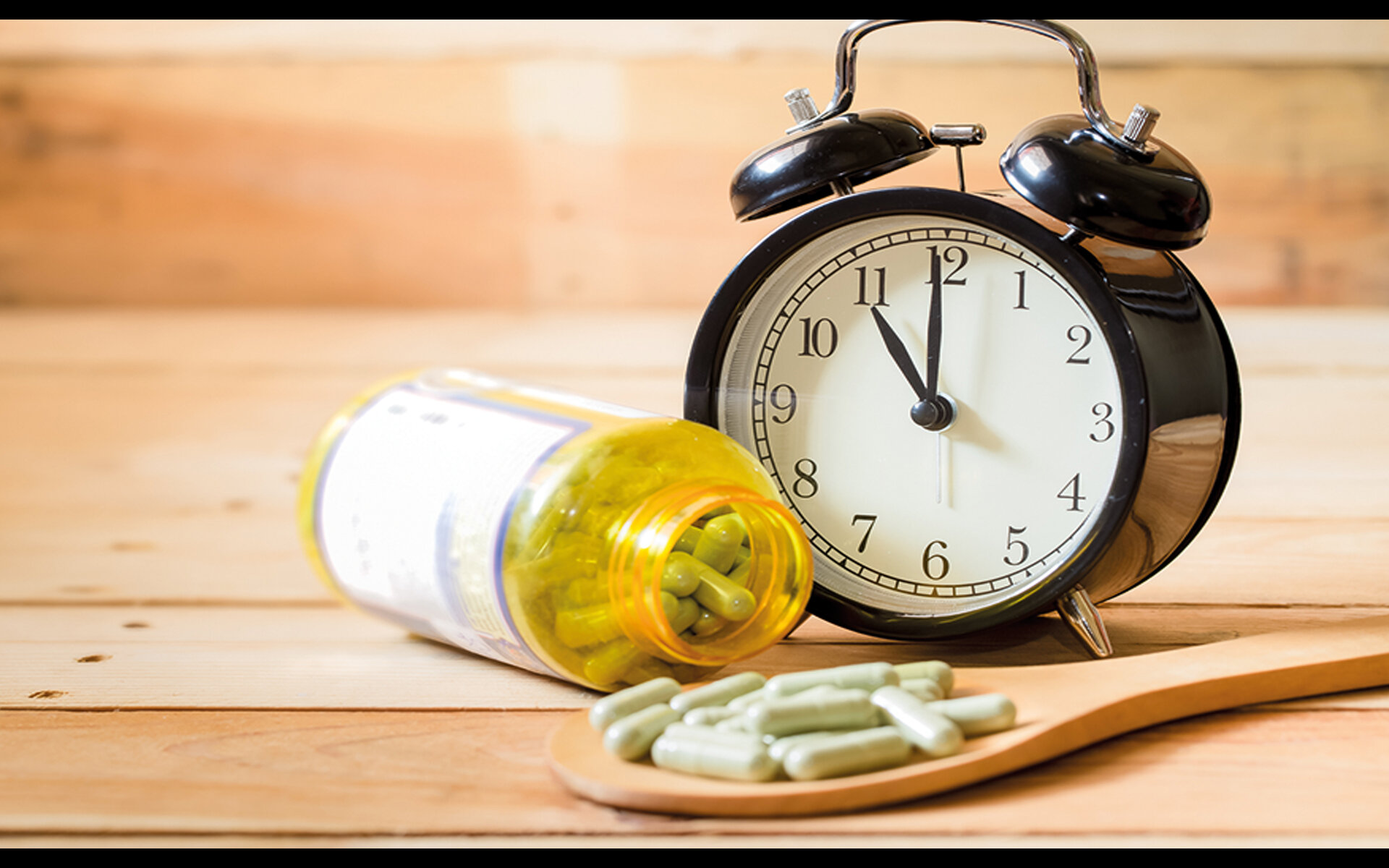 We are all aware of the fact that there is certain rhythm and order in the movement of the sun and the earth, as well as other planets along their pre-assigned orbits. This order has ongoing without a glitch for possibly billions of years. The day and the night become longer and shorter on a schedule, and this is how we can develop calendars by calculating seasons, months, and days.

The movements of celestial bodies impact in multiple ways the biosphere in which we live. Trees shed leaves or bloom, some animals hibernate, and others enter reproduction season.

Time advances not linearly but in cycles. The internal systems by which the metabolisms of living things are organized are made to work according to numerous biological clocks that depend on the cyclical nature of time. These biological clocks are sometimes based on the length of a day and sometimes on long cyclical patterns that may span years. Periods of sunspots followed by explosions on the surface of the sun, for example, cause the reproduction cycles of populations of lynx and hare to peak every 11 years. This cycle is also tied to an increase in the production of wheat and certain species of fish breeding in abundance. The internal clock of the human metabolism is likewise organized during the day.

Scientists have long since noticed and started to research the different reactions of the human body to different time intervals throughout the day. It was realized that pains eased during certain times of day and intensified during others. There are also rising and falling cycles for hormones and the nervous system. These coincided with periods of hunger, meals, and sleep.

It has been found that certain changes occur in the physical and mental makeup of humans during the year, seasons, month and day. Researchers agree that every human has a unique physical and mental clock, but there are generally broad similarities. The scientific field researching these is called chronobiology. Researchers in chronobiology have demonstrated that certain changes occur, according to time periods, in the endocrine and autonomic nervous system as well as the body’s water and salt balance.

Other studies have focused on biological changes with respect to space.  The regulation of the body’s biological rhythm is found to be influenced by the movements and positions of the earth on its own axis, the moon around the earth, and the earth around the sun. As the atmospheric environment changes, so do living things.

Towards the end of the 1960s, scientists found that a synthetic corticosteroid drug called methylprednisolone was more reliable for treatment of arthritis and asthma when taken in the morning rather than at other times. “These rhythms might affect responses to cancer treatment,” says Eric Holland, a neurosurgeon at Fred Hutchinson Cancer Research Center, adding that there are optimal times for administrating radiation in mice.

A forty-three-year-old patient with 27 tumors in her liver whose drug treatment for colon cancer did not work volunteered for a trial and recovered from cancer after rescheduling the administration of her drugs. Oncologist Francis Lévi was so amazed by this effect on the patient that he became a supporter of chronotherapy, or time-cycled treatment. To Lévi, who works at Warwick Medical School in the United Kingdom, timing can prove even more important than dose. In the trial, the patient was first wired up to a device like a clock so that metabolic rhythms could be better monitored. The patient had extremely regular sleep-wake cycles, which Dr. Lévi believed was likely to have contributed to the success of the treatment. This novel understanding did not spread before because researchers could not explain molecular foundations of daily rhythms, or circadian cycles, until 10 years ago, and clinical data was inconsistent.

Lévi and his team randomly divided 186 chemotherapy patients into two groups. They administered medicine to one group in accordance with the participants’ biological clocks and to the other group according to the standard procedure. More than 50% of the former responded well, whereas the rate remained at only 29% for the latter. Another study found that 298 patients who had heart operations in the morning were twice as likely to have unsuccessful operations and develop complications as compared to 298 patients who had operations in the afternoon. To prevent the effects of the surgeon’s selection of patients, the same surgeons operated both in the morning and in the afternoon.

The 2017 Nobel Prize for the field of physiology was awarded to three American biologists, Jeffrey C. Hall, Michael Rosbash, and Michael W. Young, for their study into biological rhythms. Their research presents remarkable insights into the reasons why the biological rhythms of plants, animals and humans are created in coordination with the movements of the earth. The researchers used the fruit fly, an exemplary organism, and found the genes that controlled its daily biological rhythm. Discovering that these genes initiate the secretion of a protein that accumulated overnight and dwindled during the day, the researchers revealed that these proteins caused a mechanism made to work in a certain rhythm when the time was right. It was like a watch had been set inside the fruit flies’ cell.

It is estimated that approximately 80% of our genes follow night and day rhythms (and also possibly seasonal rhythms). Indeed, it has been identified that fits of asthma and epileptic seizures develop according to certain daily rhythms. The products expressed by the genes that are active in most tissues peak early in the day and in the afternoon and reach lows after dinner and before bedtime. All these activities are carried out by the “molecular biological watches” written in our genes. If we can better understand our internal clocks, researchers believe they could discover breakthroughs in the treatment of up to 150 diseases, including cancer.

Many tissues in the body have their own time schedules arranged by regular cycles in which numerous innate “clock genes” envelop the body like a net. The timing of all these clocks can have a powerful impact on metabolic activity, the increase in the number of immune cells, and many other things. “The best advice I can offer is don’t mess with your body clock,” says Professor Derk-Jan Dijk, director of the Surrey Sleep Research Center in the city of Guildford, England. [1]

The biological clock is an extraordinary system. A group of neurons in the hypothalamus in the brain, called the suprachiasmatic nucleus, are assigned as the central clock for all these activities in the body. The signals from this region play a role in initiating and finalizing the activities of the genes, which channel drugs to their molecular targets and help produce enzymes that destroy drugs. “Clock” genes are found virtually in every organ and tissue, and they are particularly important during cancer treatments, because interventions performed during such critical processes as the cycle of cellular division and growth and repair of DNA damage become significant for killing cancerous cells.

Cisplatin, an effective drug used for almost 50% of solid tissue cancers, kills malignant cells by binding to their certain parts, yet because the drug is toxic to the kidneys, lungs, and nervous system, efforts have been made to develop less toxic versions. Just as a cell develops cancer due to DNA damage, so is the destruction of the cancerous cell started by damaging the cell’s DNA. For this reason, some drug trials focus on blocking the DNA repair of the cancerous cell.

Observations made on the appearance and repair of DNA damage showed, as expected, that DNA damage was repaired more easily during certain periods of the day, leading to the hope that cancer can be treated through DNA repair if drugs are administered in tandem with this cycle. If optimal periods could be established for numerous normal cells to repair their DNA damage, administration of drugs can both optimize the useful effects of drugs and minimize toxicity of drugs with toxic properties.

The human organism and cells are not static, but dynamic. The behavior of our cells changes dramatically before and after a meal. Similarly, the movement and frequency of numerous materials circulated in our body when we are sleeping are different from when we are awake. Therefore, if the amount of a material doubles after lunch followed by a cup of coffee and if the material negates a drug taken by a patient, then that drug can be administered when this material is at its lowest in the body. For example, if the material is at a minimum at two in the morning, the drug can be given at that time, ensuring that the effect is maximized.

The studies into “man, the unknown” are bound to lead to many more discoveries about both treatments of diseases and the knowledge, power, and wisdom waiting to be found in the creation.