Powering Down the Brain 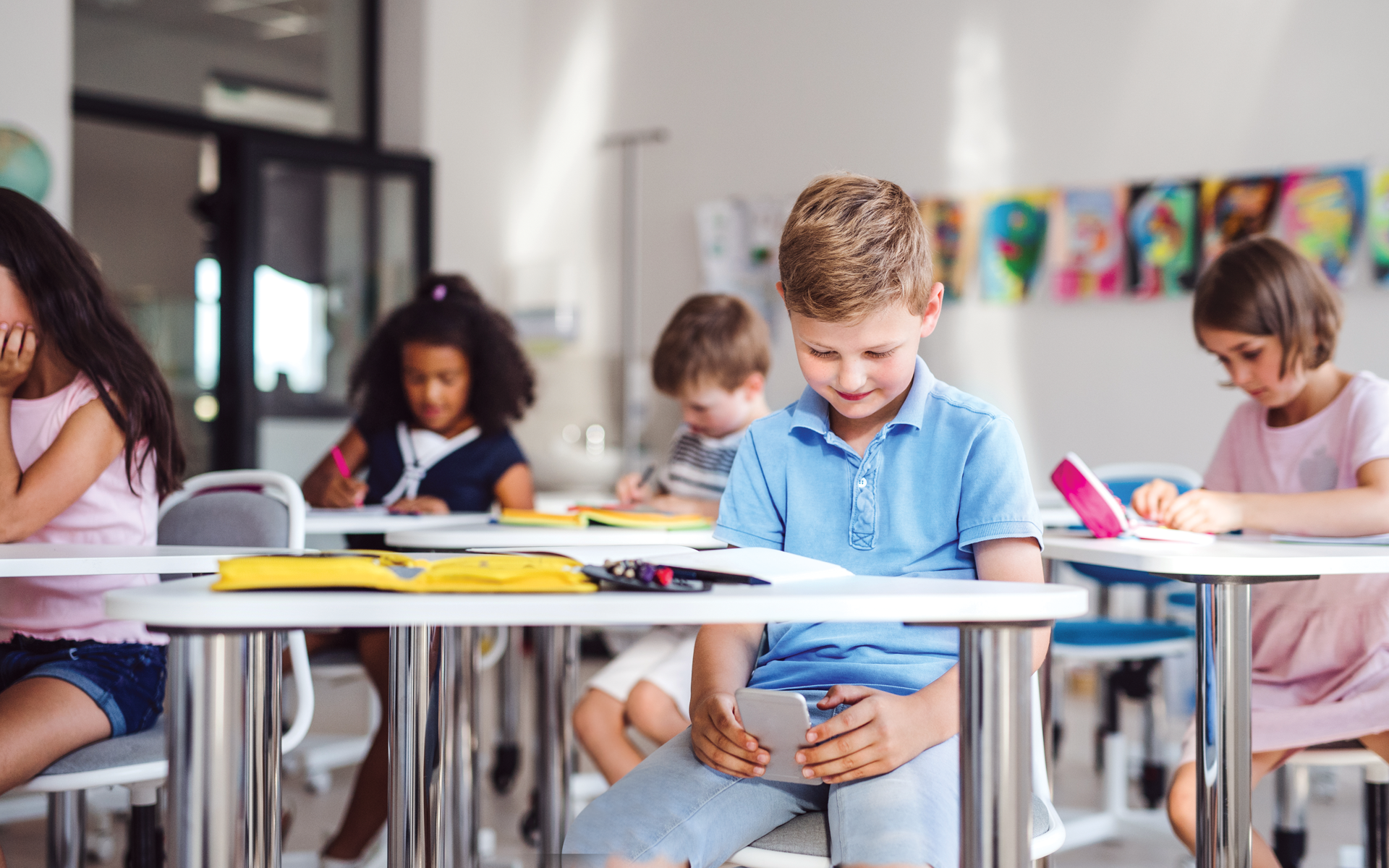 The scene of a quiet child tapping away at a phone or tablet with glee is an image that, by now, most people are familiar with. It may seem cute at first, however a sinister reality lurks beneath this scenario. Overwhelming research now shows that excessive cell phone usage in infants and adolescents can slow down, or even permanently alter, various parts of their extremely sensitive and still growing brains. Social skills, cognitive abilities, and emotional awareness can all be affected. This technology is often incredibly addicting because of its constant bombardment of lights, colors, and rewarding sounds that can thus inhibit a child’s ability to focus, learn how to properly socialize with other humans, and develop an interest in other activities. We as a society should be more aware of the effects that our phones have on our children so that we do not end up altering the biology of an entire generation. It should be our utmost goal as a society that we stay technologically literate so that we make our technology supplement our lives and work for us as opposed to being dependent on it to survive.

How much time is too much time?

Smart phones have positive benefits for children when used in small amounts, however there are dangerous consequences if their usage is excessive and left unchecked. For the sake of clarity, “excessive phone usage” will refer to the American Academy of Pediatric’s (AAP) 2018 suggested screen time limits.

“Avoid digital media for toddlers younger than 18 to 24 months other than video chatting. For children 18 to 24 months, watch digital media with them because they learn from watching and talking with you. Limit screen use for preschool children, ages 2 to 5, to just 1 hour a day of high-quality programming” [1].

Scientists have identified the first three years of a child’s life to be their “critical years,” a time when their brains are undergoing the most development and are the most sensitive to new information. It is imperative that children constantly interact with their parents via face to face communication, problem solving, and play in order to begin experiencing life while establishing the literal building blocks that will enable them to perceive and interact with the world around them for the rest of their lives. Children’s minds are akin to soft clay that can be easily molded, and both positive and negative experiences can have lasting effects on them. Excessive screen time can cause permanent damage to the brain and can inhibit “the ability to focus, to concentrate, to lend attention, to sense other people’s attitudes and communicate with them, (and) to build a large vocabulary….”

The short term, immediate gratification responses that phones constantly give usually train our brains to become addicted to always expecting quick responses from tasks that we engage in. This can make completing longer tasks that require more focus such as reading, paying attention in class, doing homework, or holding a conversation more difficult and can have lasting ramifications on a child’s performance in school and in social settings [2].

As most teens and adults learn the hard way, the best way to grow socially is by directly engaging in the social behaviors that we often dread the most. Making new friends, talking to the opposite gender, and public speaking all become easier the more a person partakes in the activity despite how nerve-wracking they may initially be. This is especially true for children, who are socially clean slates that learn how to socialize by interacting with other children, their parents, and through play. Cell phone usage promotes a sedentary lifestyle, and a child can rarely grow socially by being sedentary. Playing with other kids teaches cooperation, empathy, and compassion. These are very human traits that cell phones cannot teach a child. Failing to develop strong social skills can lead to social anxiety, which has a host of its own problems, since a child may be ill-prepared to deal with social scenarios such as these ones.

The AAP recommends interacting with your child by asking them questions and encouraging a response while they use phones instead of just leaving them to their own devices. This way, they are interacting with their parents, as is necessary for their growth, and having the phone supplement their learning in the way that it is supposed to.

Prolonged usage can easily lead to addiction and dependence

Our brains have a built-in reward system that awards us when we achieve something of value. The chemical most commonly associated with this system, and most well-known by society, is dopamine. Normally, our brains receive dopamine in reasonable and completely safe doses as we go about our day whenever we feel we should be rewarded for something. This can include finishing an assignment, sending a difficult email to an even more difficult colleague, or when eating sweets. It makes us feel good and relaxed but can be addicting in large amounts. Cell phones can cause an overproduction of dopamine that has been compared, though to a lesser extent, to the excessive amount of dopamine produced as a result of abusing hard drugs, such as cocaine. Have you ever caught yourself reaching for your phone, without even thinking about it, as soon you hear a text message notification go off? That’s dopamine at work. It’s the rush that we get when something satisfactory happens, and it is all too easy to trigger with phones. Dopamine can easily become addictive, and the brain can become dependent on receiving a certain amount of dopamine every once in a while if it receives too much too quickly. This may be one reason why we may sometimes glance at our phones even if we know there is nothing new to look at.

In children whose brains are still developing, this dependence on dopamine can be catastrophic towards their growth. Their brains are much more susceptible to dopamine addictions than teens or adults are, though this is not to imply that older populations are safe. This is why a child may seem impossibly glued to a phone and will throw a tantrum once they are told to put it down. A proven method to help rid addictions, including cell phone addictions, is to replace the addictive behavior with a similar, healthier, but equally satisfying behavior. Phones can be replaced with Legos, or other interactive toys, in order to teach a child that there are ways to have fun besides phones. Going cold on an addiction rarely works as it does not sate the brain’s hunger for dopamine.

It is entirely possible for us to regain control

Fortunately, there are plenty of solutions that families can utilize in order to make sure that phones do not dominate their lives. Professional organizations such as the AAP and Mayo Clinic stress the importance of unstructured playtime for the minds of young children. In general, psychologists have realized that unstructured play is actually vital for the growth of children’s brains since it encourages creativity, imagination, and problem solving. Their brains are encountering problems, and thus creating solutions that lead to growth and understanding, while they play. Cell phones, on the other hand, tend to do the work for them instead and do not allow the brain to learn. This is especially true for videos that tell children everything that they need to know and do not give them time to problem-solve on their own.

The AAP encourages parents to establish a Family Media Plan that clearly outlines when and where family members can use their technology. Parents may consider forbidding technology at certain places, such as the dinner table, or doing activities, such as weekly board game nights, without technology either in order to remove the barriers that technology so often puts between us. A strong family is one where all family members have firm trust, understanding, and respect in between one another. Less face-to-face interaction, and an obsession with screens from both parents and children, can very much damage these bonds. You can make a Digital Media Plan for your family at www.HealthyChildren.org/MediaUsePlan.

Technology is awesome when used properly and in reasonable amounts!

Virtually every person can name at least one technological medium that brings them joy and can bring them closer to the people that they care about. For some, this may be gathering around the couch and watching a movie or TV show. Others may prefer interactive video games that can bring the family together and can promote bonding in ways similar to board games. The internet also possesses an infinite treasure trove of resources that can greatly enhance education and our general quality of life. This technology mainly becomes problematic once we fail to monitor it properly and allow it to spiral out of control. But in moderation and under control, these innovations are a series of mind-blowing inventions that dazzle the mind and can very much aid our personal and family goals. 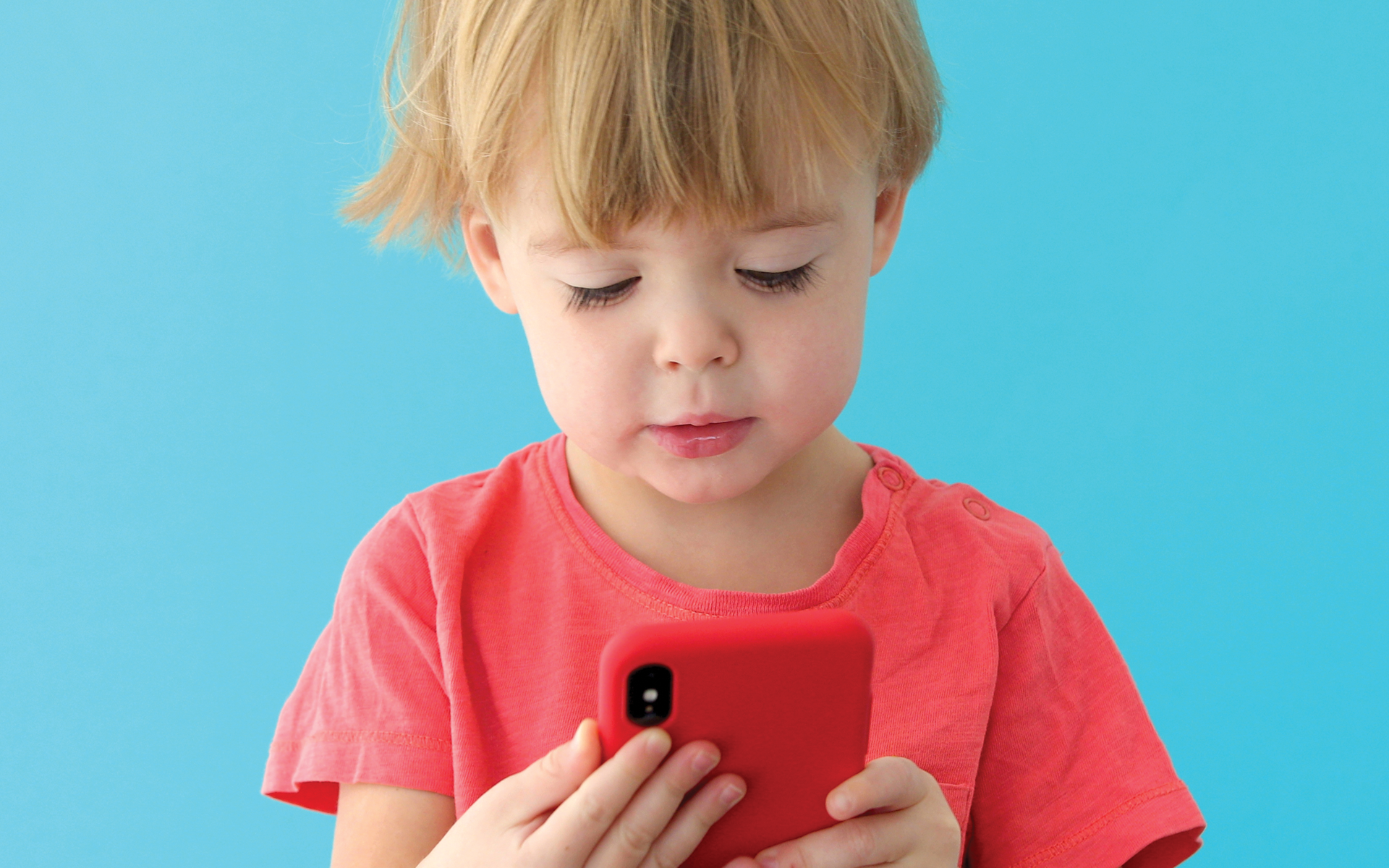 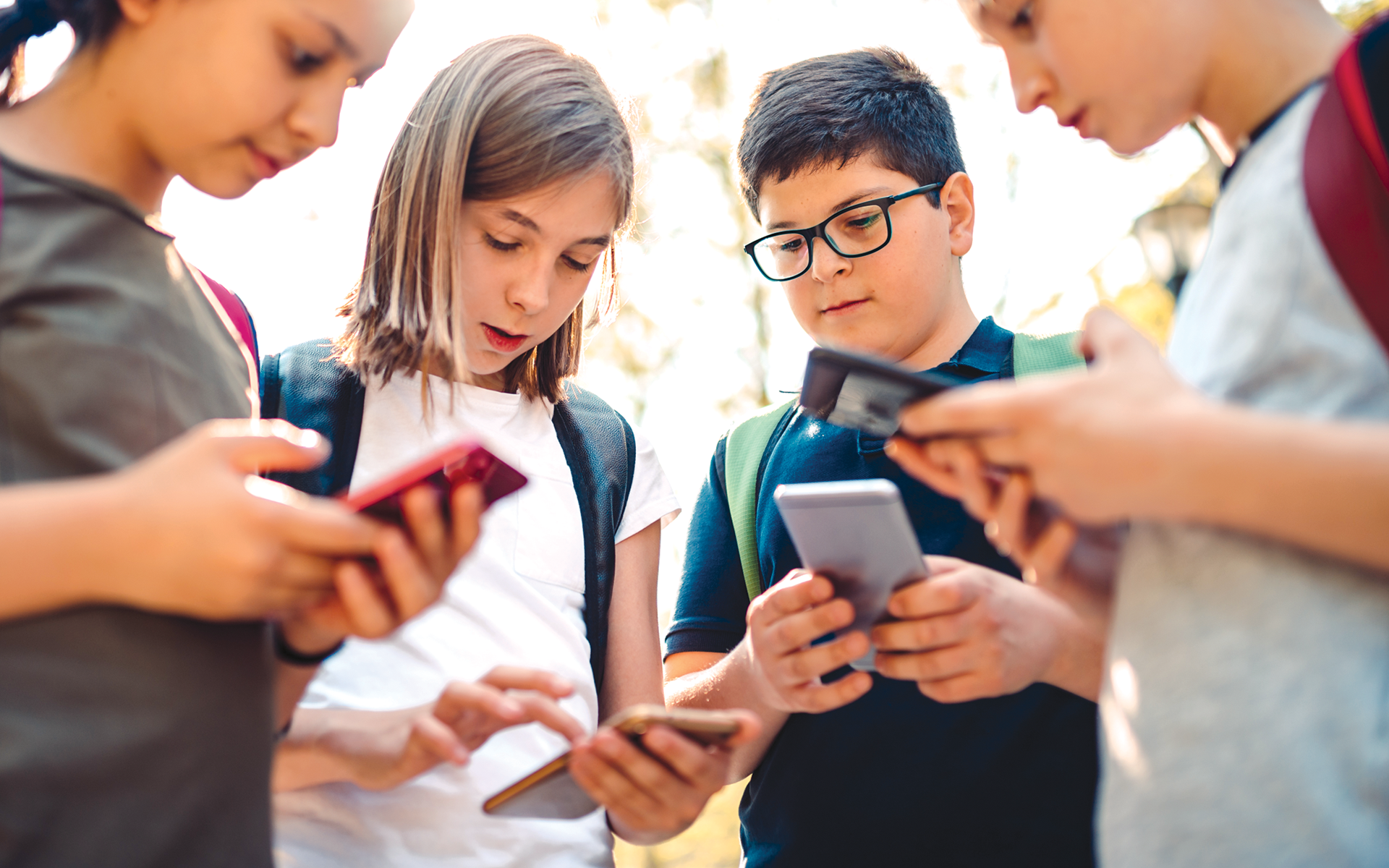 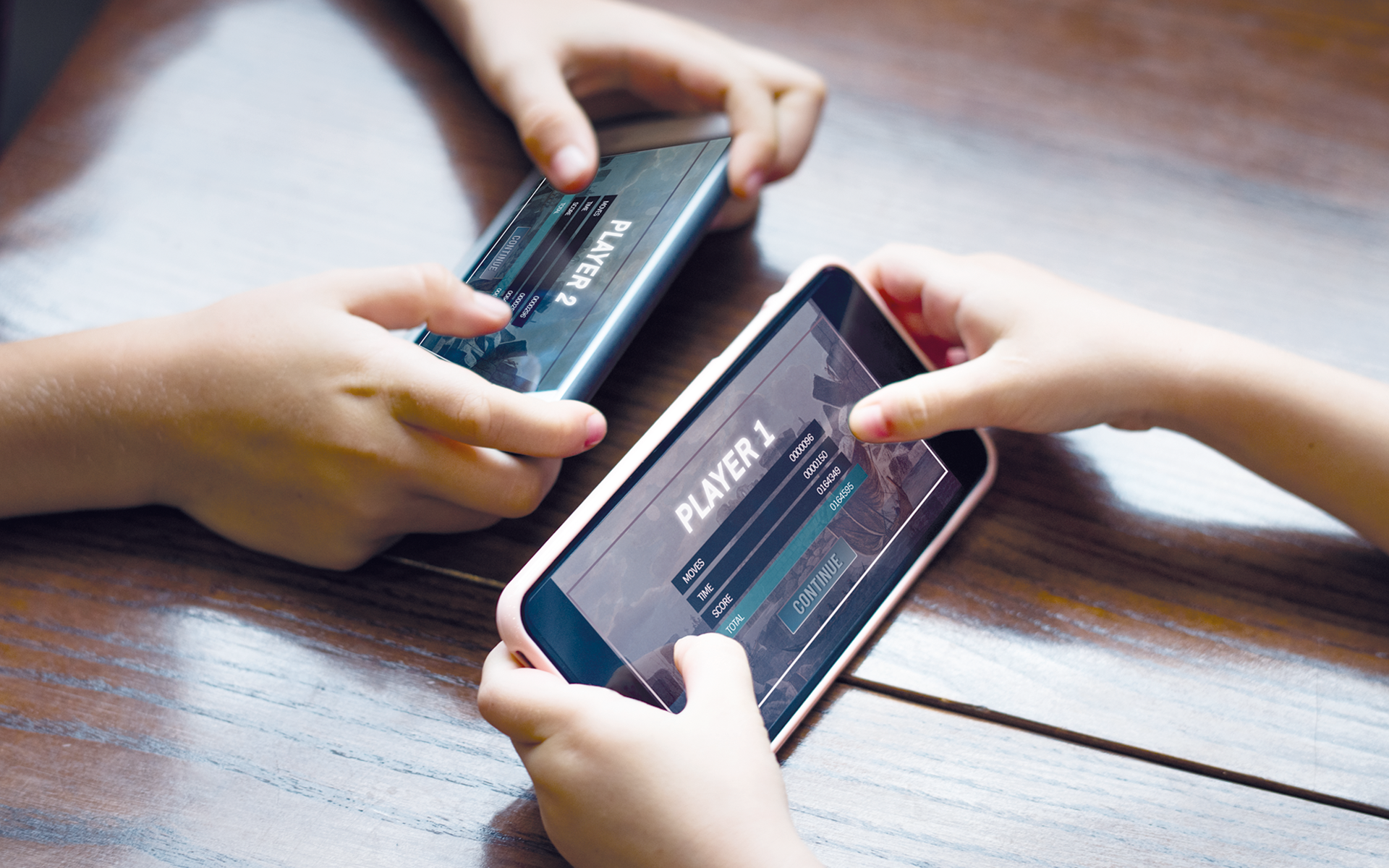 In recent years, parents have realized how destructive cell phones can be to their families and have decided to do something about it. “Wait Until 8th” is a grassroots movement that encourages parents across the country to take a pledge that they will not give their children a smart device until they are at least 8 years old. It was started by Brooke Shannon and a few other parents in Austin, Texas, and works to empower parents and communities about the dangers of cell phones for kids. You can learn more about the pledge at www.waituntil8th.org.

There is also a wealth of resources for parents that are concerned about their children’s online safety. The National Cyber Security Alliance, Project Safe Childhood, and National Center for Missing and Exploited Children all help spread awareness about internet safety and the consequences of careless internet surfing. It should be a goal of every parent to stay technologically literate and up to date about which websites their children are visiting and the apps that they use.

Make technology work for you, as opposed to working for it

Our world is changing faster than we can adapt to it, and smart phones are no exception. New technology always presents new challenges, especially when it can take so long to thoroughly research the effects that this technology can have on our minds and bodies. It is important to always stay technologically literate so that we may provide the best quality of life that we can for our families. Technology, above all else, is a double-edged sword.