People have interpreted dreams since the creation of humanity. Prophets and Messengers always accepted and acted upon them, for a Prophet's dreams are frequently revelations from God.

These claims cover only one type of dream. However, there is more than one type of dream. For example, a true dream originates from the inner talk of soul. Dreams caused by the four above-mentioned fluids are not true, are confused, and are no more than illusions. Hence they resemble disorderly collections of plants of different sizes, colors, and conditions that are bundled together.

True dreams descend from the spiritual mind. If, however, what is seen is inspired by images and views left in one's imagination and memory by the imaginative faculty while one is awake, then they are called confused dreams.

Dream interpretation requires a person with subtle and deep knowledge who can see and understand the relations between images in the soul and unseen events. This knowledge allows inferences to be made based on the person's surrounding events. The main beneficiary of such knowledge is the dreamer, for he or she either receives glad tidings of the future or warnings about things to avoid or abandon.

Dreams are not mere manifestations of feelings and thoughts in our subconscious, as claimed by some psychologists. Scholars divide untrue dreams into six categories:

• Dreams requiring total ablution that, being of a sexual nature, need no interpretation.

• Nightmares shown by Satan to scare believers. These are harmless.

• Dreams caused by distress, trouble, and other personal circumstances.

True dreams are very valuable and essential, since they serve as a contact with the Unseen, they open a window to the Unseen directly by using the spiritual faculties present in one's essence, and by avoiding the external stimuli coming from the senses connected to the physical world. Through this window a person looks at the prospective events and encounters some of fate-related scriptures or spectacles of the Tablet (al-Lawh al-Mahfuz). He or she sees the hidden reality of some events. At the same time, the imagination of the dreamer intervenes and puts these realities into the mundane images. Some of these dreams happen as in their interpretations. It is known from authentic narrative records that before his prophethood, the Prophet's (p.b.u.h.) dreams came true exactly as they were seen. (Bukhari, vol. 1, book 1, no. 3).(1)

True dreams result from a superior development of premonition, which exists in everyone and even in many animals. Most important of all, true dreams show that even minute events are known, recorded, and foreordained by God. For this reason, there is no happenstance, and events do not happen by chance or without a plan (Bayram, 41).

There are four types of true dreams:

• True dreams coming from God and are so clear that no interpretation is necessary. Anyone can have such a dream, and several will be presented below.

• Dreams conveying glad tidings from God about something that the person will perform. Some-times these dreams are sent to warn His servants away from evil or to expose their faults that need to be corrected so that they can follow the true path.

• Dreams representing reality through symbols and that come from the spiritual world.

• Dreams in which the agencies of the dream's witness, the dreamer's soul, and the place seen in the dream are important.

Nonbelievers, as seen in the case of the King of Egypt during the time of Prophet Joseph,(2) and even children can have true dreams.

For example, when he was seven years old, Prophet Joseph told his father that: "Father, I saw (in a dream) eleven stars, the sun, and the moon prostrating before me." His father replied: "My son, don't tell this vision to your brothers, lest they plot against you. Verily, Satan is the open enemy of humanity. God will choose you and teach you how to interpret dreams (and other things). He will perfect His favor on you and on the offspring of Jacob, as He perfected it on your fathers, Abraham and Isaac, aforetime. Your Lord is All-Knowing, All-Wise" (12:4-6). Everything came true later in Egypt.

A person's similar or even identical dreams at different times might result in very different interpretations. Therefore, factors such as the time, sort, season, and even the day of a dream must be considered by the interpreter. An example is given below. Someone once told Abu Bakr that he dreamed someone had given him 70 tree leaves. Abu Bakr replied that the person would receive 70 sticks. Within a week, the person was 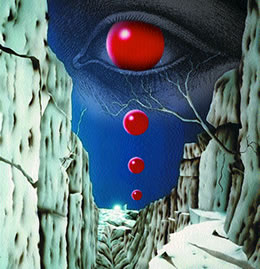 beaten 70 times with a stick. A year later he had the same dream. This time, Abu Bakr told him he would earn 70,000 gold coins. When asked why the same dream had such radically different meanings, Abu Bakr replied: "When you had the dream last year, the trees were dropping their leaves, and branches were becoming like sticks. Hence, I interpreted so. But this year your dream was in spring (the trees were coming into leaves), and so I interpreted this year as I did." Before long, the man earned 70,000 gold coins (Bayram, 44). The best time for interpreting a dream is between true dawn and sunrise, for at this time both the dreamer and the interpreter have clear minds free from fatigue and earthly affairs, and the dreamer can remember more of the dream's details.

Signs of a true dream

The first sign of a true dream is that you wake up instantly after it. Those who receive good news do not sleep, just as those who receive good tidings and signs from God do not sleep; rather, they get up as soon as the dream has finished. A second sign is the continuation of the images seen. In other words, all of the dream's details remain in the person's mind. A person can have a true dream concerning family members, relatives, siblings, friends, and others.

• One day, King Philip the Lame of Macedonia dreamed a fire started in his house and spread all over the world. When he returned home, he saw that his wife had given birth to Alexander ("the Great"). He understood that his son would tyrannize everybody, terrorize the world, turn everything upside down, and destroy everything. He wanted to kill the child, but his wife prevented it.

• Osman I, founder of Ottoman State, visited Sheikh Edibaali to ask about an issue. He was treated well in the guestroom. That night before going to bed, he noticed that the Qur'an was in a case hung on the wall. Out of respect, he did not stretch himself out on the bed, but read a couple pages of the Qur'an and then kept it on his heart, while sitting on his knees, all night. Falling asleep around dawn due to extreme fatigue, he dreamed of a plane tree emerging from his chest and growing so large that its branches and leaves covered a vast area in three continents. When he related the dream to Edibaali the next morning, the scholar told him: "O Osman, you will establish a state that will spread over three continents, here at Sogut." And so he did: The Ottoman State expanded to Europe, Asia, and Africa, and ruled a potentially chaotic region in peace for centuries. In addition, the plane tree came to be the symbol of Ottoman State.

• On April 14, 1865, a sweating President Abraham Lincoln, the sixteenth president of the United States, jumped out of his bed because of a dream. He changed his clothes, read for a while, and then laid back down to sleep. Feeling that his dream was waiting for him on the bed, it took a few hours to go back to sleep. In the morning, he told his dream to his wife, relatives, and even the Congress. In his dream, the White House servants were running around a coffin draped in American flag and told him that the president was inside it. His relatives interpreted it positively, saying that he would have a long life. That night, he went to see a play at a nearby theatre with his wife, still thinking about his dream. During an exciting scene of the play, the balcony door opened, and John Wilkes Boothe fatally shot President Lincoln. His dream had come true in less than 24 hours. History records many other such dreams.