The Cinema is Inundated by Horror

The Cinema is Inundated by Horror

It is the year 1931… The horror film Frankenstein, directed by James Whale, is being released in American theaters to rather large audiences. Edward van Sloan, who plays Dr. Waldman, comes out to tell the audience that the movie they are about to see is rather horrifying, and that now is their last chance to leave. He was neither joking nor promoting the movie, as the people well understood after they saw the movie.

Even though today's viewers consider Frankenstein too pedestrian, viewers in 1931 found it so frightening and disgusting that Whale was criticized quite harshly. Earlier fantastic horror films that served as early examples of this genre, such as Frankenstein, Dracula, and Dr. Jekyll and Mr. Hyde, were adaptations of literature and did not have much cinematographic merit.

In the 1930s, with the appearance of sound pictures, the movie industry could no longer remain indifferent to horror movies-especially the big success of Dracula, directed by Todd Browning and starring Bela Lugosi.

Up until World War II, many horror movies were released one after the other. As the war intensified, the genre's theme shifted to psychological distress, and gradually toward European themes.

In England, near the end of 1950s, traditional horror films continued to be produced: Dracula, Revenge of Frankenstein, The Mummy, and The Two Faces of Dr. Jekyll. However, the genre's content changed somewhat. As color movies emerged, such movies as Paranoiac, Nightmare, Evil of Frankenstein, and Hysteria contained more violence, blood, massacres, and impalings, rather than fantastic themes. As viewer interest increased, the genre was accepted by the world's leading cinema industries, including those in Asia, and horror films were shown around the world. In Italy, movies like the very successful The Mask of Satan acquired cult status.

The American movie industry of the 1970s, the heart and soul of the global movie industry, gave considerable room to this genre, especially in the case of small-budget productions. However, the fantastic heroes of classical horror movies were replaced almost completely by exaggerated and "real" horror. Movie screens turned into pools of blood and depicted shoving needles into people's eyes, cannibalism, dismembering bodies with chainsaws, and devil possession. Many movies had to be toned down before their release, among them Tobe Hooper's The Exorcist (1973); David Cronenberg's They Came From Within, The Parasite Murders, and Shivers (1975); John Carpenter's Halloween (1978); and Sam Raimi's The Evil Dead (1983).

Additionally, movies like Ridley Scott's Alien (1979) and Wes Craven's A Nightmare on Elm Street (1984) blended science fiction and horror or comedy and horror. More importantly, they were big hits with moviegoers.

In contemporary horror movies, which produce sequels proportional to the interest stirred, we observe harsh criticism of society and the system, as well as a blending of comedy and horror or an accentuation of metaphysics. In recent years, movies produced by Wes Craven and John Carpenter, whose names are now forever linked with this genre, were warmly welcomed by moviegoers.

In recent years, the horror genre has suffered several traumas. The main problems are its diminishing credibility and marketability concerns. Giovanni Scagnamillo, the famous Italian director, says: "We can assure horror movies a type of popular cinema. Despite this, many famous directors show interest in this genre. Undoubtedly, there are really bad horror productions of this type. We can even say that most of them are substandard, second class.

"However, there also are many unpromising movies in other genres. In my opinion, we should talk about the cinematographic value of the movies. As a pro of the horror genre, I am in favor of fantastic horror. It can cover more topics and different dimensions. You can do anything as long as you use your imagination. Other horror types have to confirm to specific restrictions. In horror movies, credibility is rather hard to find, because Hollywood is producing movies for a relatively young audience, regardless of budget. Grown-ups do not go to movies very often. Hence to attract young people, producers accentuate effects and go for the shock effect." (Asik, 2)

A movie released on July 30, 1999, has overcome these problems via the newest form of media: the Internet. It also signals a new era in horror movie genre.

Two young men and a women go into the forests of Maryland to shoot a documentary. They end up filming The Blair Witch Legend, which has somehow survived until today. They interview area residents, talk to historians, and produce a documentary film by synthesizing the gathered data. Mysteriously, nothing is heard of them for a year. Then the following year, deep in the forest in which they were lost, their footage is found. In the scenes shot with one color and one black-and-white camera, their research and horrifying nights spent in the forest are recorded. This is a very brief summary of the movie. If you think you have a fine topic, a fascinating novel, and enough material to produce an impressive horror movie, all you have to do is create a proper fiction. This is what Daniel Myrick and Eduardo Sanchez, two university pals, did. Their movie, The Blair Witch Project, has already made $150 million in box office sales just in the United States. Another astounding aspect is that it cost only about $30,000 to make. After El Mariachi, which carried Robert Rodriguez to Hollywood in 1993 and cost only $7,000, The Blair Witch Project is another exemplar of a low-budget film becoming a box office success.

The planning stage of The Blair Witch Project is as interesting as its theme. In 1992, two University of Central Florida (Orlando) students decide to shoot a documentary movie in a television-series style. They call their production a documentary, although most of it is made up. First, they devise The Blair Witch Legend and backdate it to 1785. The plot features a woman who, accused of witchcraft and sorcery, is left in the middle of a forest to die. To support their story, they fabricate historians, police, and townspeople, as well as some footage of the witch's house, which was allegedly found later in the forest. When they relate their idea to a professor in the Theatrical Arts department, they are told it is "the 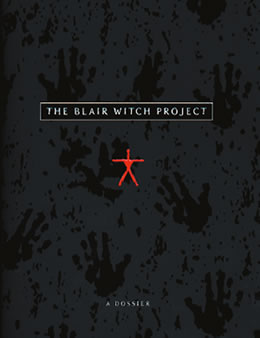 most ridiculous and nonsensical project I've ever heard of," and are shown the door. Ignoring this comment, in 1994 they send three young people to a desolate forest in Maryland with Hi-8 cameras. As the scenario necessitates, while they are going around the woods and shooting, more activity is brought to the movie by means of special messages received every morning in boxes. During the nights, the directors scare the actors by making strange noises. In six tiring days, they shoot 20 hours of raw film. Daniel Myrick and Eduardo Sanchez start working to make the material usable. They release the first version of the movie, which is 2.5 hours long, at the end of 1997.

The film is now complete, yet there still is a problem: skyrocketing distribution and advertising costs. Besides, a box-office failure is not totally unlikely. To solve this problem, they come up with a brilliant idea: spreading the legend over the Internet. In 1998 the producers, who build a related Web-site, do something different from similar sites: They spread the legend to the masses instead of advertising the movie. After a television spot broadcast by the Independent Movie Channel, a fan circle begins to emerge. The number of interested people continues to increase, until it numbers in the millions. The famous Web-site, to which mostly young people are attracted, spreads among the public, who await the movie's release with great curiosity.

At the 1999 Sundance Film Festival, the movie receives harsh, mocking, sarcastic, and derisive criticism, especially from movie critics. After the festival, producers decide to budget $15 million for marketing and distribution. At this introductory stage, they put brochures about the movie inside books, make special programs for television channels, and arrange campaigns at school campuses. These efforts bear fruit, and the film enjoys great success in theaters. The Blair Witch Project, which was mocked at Sundance Film Festival and regarded as a nonsensical movie, is now accepted as a herald of a new era in the horror genre. Perhaps the reason for its success can best be explained by what Scognamillo talks about: its realism and documentary style, which gave it a great deal of credibility.