But just acknowledging this shared responsibility is not enough. Frequently, the real problem is group inaction, for harm can be prevented if enough people form a group to prevent it. Collective responsibility often can be ascribed to those people who have the ability to form such groups but do not do so. To the extent that this is the case, they are collectively responsible for their collective inaction.

Members of the dominant Western culture may consider it overly severe to assert that all of us are collectively responsible for our failure to do something about the world's many problems. While not saying that people who do not form groups are guilty due to their inaction, I do feel that our inaction should provoke a sense of shame within us.

Goodin describes his approach as 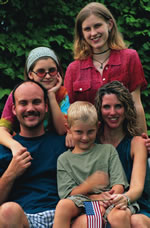 putting consequences to the fore, meaning that consequences quickly take up the whole stage, not just its front and center. He preserves a central link between responsibility and causality, and claims to make better sense of our present practices of responsibility. Larry May sets out to expand significantly our sense of responsibility within groups. The keystone of moral responsibility here is that for who one chooses to be. Attitudes and habits, states of mind and character, roles and affiliations, and the professional, institutional, and social climates shaping our interests, perceptions, and values are reviewed even as we continue to shape them.

A welcome but difficult result is that we are responsible for failures of awareness and insensitivity, as well as unexamined habits, traits, allegiances, and identifications that predispose us to moral failure. Another result is that people should see themselves as responsible for certain harmful events occurring within their communities, even if they are not direct participants or cannot prevent them. We are”and should feel”accountable for tolerating our own morally flawed character, contributing to a morally irresponsible attitudinal climate, or failing to reckon adequately with our institutional roles. These enriched bases of responsibility are not intended as new bases for subjecting people to punishment. I suggest that shame and taint, not just guilt, are appropriate individual reactions to expanded responsibility.

My concern is the collectivities, attitudinal climates, and expectation of groups that shape what people think is up to them and what they become used to ignoring. This has implications for all people who function within institutions where the most significant outcomes are the work of many minds and hands. A group's responsibility is a fundamental moral issue. Therefore, groups are responsible for events and should be held responsible for them.

People share responsibility for harm done by groups, including those that result from omission. More harm occurs collectively than individually, and yet people take less responsibility for it for two reasons: Groups break problems into pieces, responsibility gets diffused, and groups allow individuals to assume that someone else will”or at least could”act. An expanded notion of moral negligence, the idea that since individuals within groups and the group's structure and policies influence one another, and since group membership structures its members' values and tends to desensitize them, individual members should be aware of this and responsible for reducing the risk of harm perpetrated by their group. Since there is a duty to act, the failure to do so may constitute negligence. This makes group members responsible for group values and, derivatively, for whatever harm the group does.

Shared responsibility is particularly appropriate for the value transformations that occur within groups. Since people affect one another's conduct more, and attitudes are more closely shared, people should feel a heightened sense of responsibility to offset any risks associated with misconduct, including negligent omission or inaction. Of course, there is always the problem of defining the scope of negligence. This problem can be handled by using a reasonable person standard to ascertain what our roles would commit us to. We are not negatively responsible for all of the world's failures, but only what a reasonable group of fellow citizens would expect of someone in our circumstances. Recognizing negative responsibility, including responsibility for omis-sions that allow an unreasonable risk of group harm, helps people lead lives that are more integrated with their moral values, because that involves both acts and omissions. To be in harmony with ourselves, we need to integrate principles with behavior that promotes moral integrity.

Shared responsibility, by focusing the issues of responsibility in a different light, provides us with the beginning of an account of how people, as moral agents, are connected to and function within groups and institutions. This analysis also provides a picture of the nature of informal groups and social relations. Most human relations influence the daily life, attitudes, assumptions, aspirations, and acts of individuals everywhere, such as in voluntary associations. We should remember the team's perception of the Challenger space shuttle disaster: It is time to take your engineer's cap off and put on your manager's cap.1 An aggregate approach or something like it is necessary here, making shared and vicarious responsibility particularly appropriate.