The Quest for a Habitable Planet

The Quest for a Habitable Planet

A planet outside the solar system was first discovered in 1995. As of 2013, the number of planets outside our solar system has reached more than 850. Within the last two years alone, more planets were discovered than in all the other years combined.

A planet that revolves around another star outside our solar system is called an Exoplanet or Extra solar planet. Ongoing studies involving this field are carried out via simultaneous ground and space based missions and observations. Scientists are searching a small portion of the Milky Way galaxy, approximately 3000 light years away, by using ground and space telescopes, along with various other astronomic methods (1). Despite all this technology, the observation area is too big when compared to the size of the object of interest.

It has been calculated that the Milky Way, a disc shaped galaxy, consists of 200 billion stars spread over a diameter of nearly 100,000 light years and a thickness of 1000 light years. When we consider the amount of stars in a single galaxy, and the fact that there are between a hundred billion and one trillion galaxies in the universe, the number of possible exoplanets is likely much larger than those we currently know of. 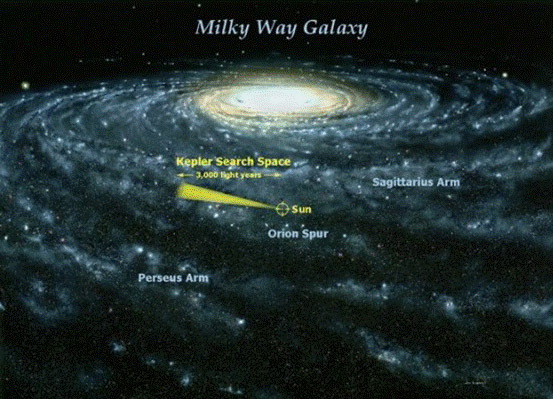 The presences of free-floating planets which have lost their parent stars because of different formation processes or other factors have also been discovered.

One of the common features of the exoplanets currently discovered is their short distance to the star they revolve around, which is usually less than half the distance between the Earth and the Sun. The known exoplanets are also defined by their faster revolutions in much shorter periods. Therefore, larger planets that are closer to their stars can be observed easily. When these planets are passing in front of their stars, a decrease in the brightness of the star is detected via spectrometers (Figure 1). 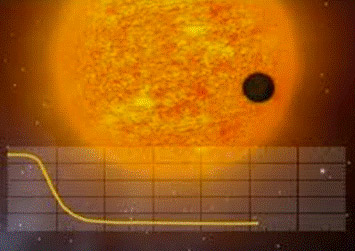 Figure 1. Passing of a planet in front of a star and a spectrum of this event.

Radial velocity, one of the methods used to discover exoplanets, relies on the observations of a star's kinetic fluctuations. The proximity and size of a revolving planet leads to slight changes in location and velocity of a host star. As a result of this, the star gets closer to earth and then becomes more distant, which is observed as the Doppler shift of spectral line color waves. 75 % of all known planets have been discovered using this method (Figure 2). 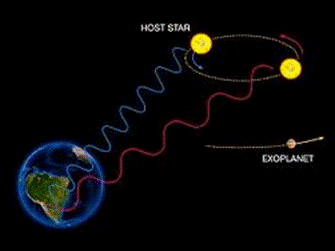 In an official NASA report in December 2011, the discovery of an Earth-like planet was announced for the first time. This planet, named Kepler 22b, is 600 light years away and remains the most similar one to Earth among the known heavenly bodies. The distance of Kepler 22b to its star shows a high possibility for the presence of a habitable zone.

So what does this mean?

Earth is such a special home for us humans that everything here has been assigned to serve us with delicate calculations. Factors such as the Earth's mass, gravity, distance to the Sun, rotational and revolution velocity, chemistry, thickness of the atmosphere, magnetic shield, hydrosphere/land ratio, ecological balances, and average temperature are all perfect for biological life.

Earth revolves in such a region and position that a majority of the planetary water is in a liquid state and is not ice or vapor.Thedistance of the habitable zone to our Sun is between 135,000,000 - 225,000,000 km. Earth revolves at a 150,000,000 km distance to the Sun. The value of a habitable zone for each planet depends on the diameter, mass, heat and radiation strength of the host star. In other words, aside from the similarity of an exoplanet to Earth, a classification of its host star with in terms of size and age is also important.

Kepler 22b owns the title as the first planet to match the criteria above with its following features: 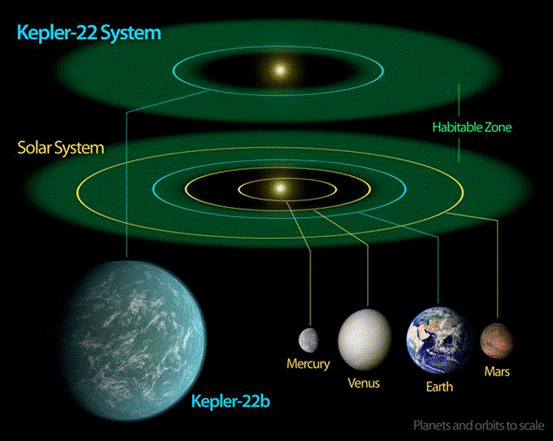 Figure 3. Comparison of the solar systems of Kepler 22b and Earth.

Aside from these similarities, it is noteworthy to report the problems that scientists encountered regarding Kepler 22b:

The hardest part is that Kepler 22bremains 600 light years away from us. This means it would take us 11 billions years to get there with today's fastest spacecrafts. Who knows when we will be able to decrease this time with the advent of superior technology.

What do religious scholar say about life in outer space?

Among His manifest signs is the creation of the heavens and the earth, and that He has dispersed in both of them living creatures. And He has full power to gather them together when He wills. (Ash-Shura 42:29)

While interpreting the Qur'anic verse above, Fethullah Gülen notes the following:

"Since the earliest times, this verse has been taken as a proof for the view that there are living creatures, whether resembling human beings or not, in the places other than the earth. This view may be true. The second part of the verse, 'He has full power to gather them together when He wills,' has been understood that these creatures and human beings will possibly come together either in this world or in that of the other creatures. … there may be earth-like globes in the heaven where creatures resembling earthly ones live." (Gülen 2012, 272-273)

"Perhaps people will not be able to reach those places individually or as a whole generation, but this can be achieved by mankind as a species. In other words, when the Divine Will manifests itself in that direction, humans here can encounter those other life forms." (Gülen 2007, 232)

This commentary reflects what Bediuzzaman Said Nursi had said decades ago:

"The earth, although much smaller than other heavenly bodies, is so densely inhabited by living creatures that even its grossest and most rotten parts are full of living things, such as micro-organisms. This shows that those infinite firmaments, with their numerous stars and constellations, are inhabited by conscious, living beings ..." (Nursi 2010, 530-531) 29th Word, First Aim, First Fundamental)

Nebiyev is a professor of physics in Azerbaijan.