The Artistry in the Oral Cavity

The Artistry in the Oral Cavity

The first event that takes place inside the mother’s womb is the union of sperm and egg to form into a single cell which later takes the shape of an embryo by rapid division and development. This embryological development occurs in three stages.

In the first of these stages (2-5 weeks), the fertilized egg (zygote) proliferates by dividing and planting itself to the womb wall (implantation). During the advance of the zygote towards the womb, some biochemical signals are sent in order to make the mother sense this situation. Via these signals, the mother’s body is prepared to supply the necessary nutrients to this cellular mass. When these biochemical signals reach the ovaries, various hormones are secreted and the ovulation that occurs during monthly periods is ceased.

During the second stage (5-6 weeks), major activities are started inside the cellular mass, which is now in the form of an embryo. The developmental process of organ and system generation from cells begins.

And during the third stage (from the 8th week until birth), the embryo has become a fetus, and its facial and bodily structures have begun to be immaculately shaped (Figure-1).

How do organs develop?

Tissues and organs of the embryo, which morphologically starts to look like a human, develop from three layers, which are called the ectoderm, mesoderm, and endoderm. While the baby continues to come to life inside the mother’s womb, the cranial and facial regions, along with oral cavity, start to form via the development of cells in the area called the neural crest. This development is the result of perfectly corresponding functions in between the epithelium and outer mesenchyme, which results in the facial skeleton and formation of teeth.

Jaw and facial development occur during the 4-12 weeks in the womb. By the end of the 10th week, the face can be seen with an ultrasonographic examination.

The nose forms at this point. Mid and lateral nose projections develop. A forehead projection called the “frontonasal protrusion” forms in between the two sided mid nose projections. These projections initially develop towards the lower direction because of the volume of the tongue. Later, after the palate has begun to form, and with the growth of the lower jaw and the downward extension of the tongue, like an open-close bridge, the lower and upper jaw join at the midline by rising upward. This union takes place from front to back, like closing a zipper, stage by stage.

This way, the oral cavity and the surrounding structures (tongue, teeth, etc.) that will enable speech and taste are knit, loop by loop, inside the mother’s womb. (Figure 1-2)

Due to the complexity of this process, if there happens to be any failure in the merging, some anomalies can form, such as split lips or palates. These splits are anomalies present at birth. Such lip or palate splits may arise during this phase of the pregnancy because of various negative factors: they can stem from inter-family marriages, diseases that the mother experiences during the first three months of the pregnancy (especially measles or toxoplasmosis), exposure to radiation, alcohol consumption during pregnancy, or various drugs the mother uses. These anomalies need to be corrected by plastic surgeons, upper respiratory tract specialists, and orthodontists.

Despite these anomalies, most of the time, babies are born with their oral cavities in perfect working order – which is extraordinary given the complexity of the process. 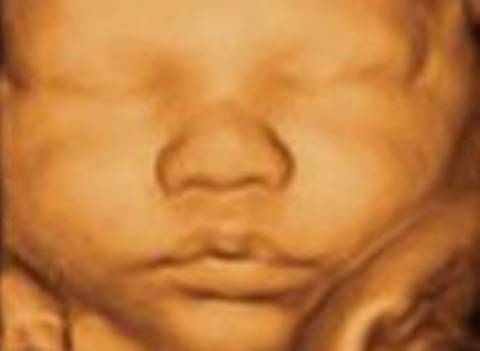 Figure-1: Ultrasonographic image of the facial region of a fetus in the mothers womb. 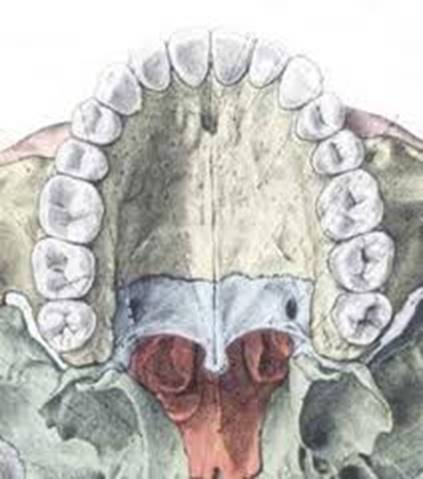