If we study the way metals are structured and processed, lessons can be drawn about how human’s function, too. One just has to look closely enough.

Humans and metallic materials are both worth investigating for their comparable features. Both are open to improvement. Both take time to develop and reach a privileged status.

Let’s begin our examination with iron. It begins as dirt in the soul, indistinguishable to the untrained eye. When iron ore is isolated from surrounding dirt, its purity is enriched. Without performing this procedure, the iron cannot be molded in a furnace. Is this not also the case for humans? Can they be molded into their ideal form if they are not shaped in the best educational environment? Can they become their best version if they are not isolated from fruitless deeds?

The physically enriched iron ore is now ready to be placed in the furnace, where it will become metal. It will gradually be heated in the furnace. It will go through certain changes with the addition of air, high carbon coal, and cinder producers; thus, it will turn into a metallic raw iron. Finally, when the process reaches its hottest point, around 1800 degrees Celsius, the iron will be a liquefied metal. Of course, it’s still not ready for use; it requires additional processes to be made ready. For raw iron to be used as a material, it must be made into cast iron or steel. For this to happen, its core must be purified of any imperfections. Then, certain materials are added, heat is applied, and the iron can be used.

Are not humans the same? People with great potential can only be noticed by certain people. Just like iron ore, the liberation of humans from setbacks that stain the soul, degrade skills, and prevent them from attaining their true character resembles going through a hot furnace. To control one’s carnal soul is a struggle worth of a hot fire. Whoever can endure this struggle will come out refined, ready to be made into a substance like raw iron. A similar arduous journey awaits those who are eligible to attain the loftiest horizons. Such people must also be freed from certain weights, using their willpower and effort to obtain the ultimate character. And then they, too, can be used as objects of strength and good in the world.

If raw iron is to be transformed into steel, it needs to be cleaned of native carbon, sulfur, phosphorous, and other damaging materials below certain concentrations. Then certain alloys, like chromium, molybdenum, nickel, wolfram, and vanadium, must be added in certain ratios. After this, the material is heating to the redness temperature. Following an appropriate cooling, the internal structure thus obtained will determine the material’s resistance. For example, if steel is added, alloys like Cr, Ni, W, Mo aside from naturally occurring Fe, C, S, P, Si, Mn, etc in its structure, the grain size decreases and endurance increases; this means the iron gains resistance against rusting, high temperature, and electricity, enhancing its magnetic and hydrophilic capacity, and optimizing the thermal expansion value.

What do we owe the malleability of metallic substances?

Various methods, like rolling and extrusion, are employed to turn a metal or an alloy into a wire, sheet, gear, or more complex piece. If there were not any differences in the atomic sequences – that is, the internal compositions – of metallic substances, it would be very difficult, or maybe even impossible, to shape these materials via rolling, extrusion, or compression (plastic deformation). If these materials had permanent internal compositions, they would be resistant against external forces, preventing them from being shaped in various ways.

Are not humans the same way? The fallibility of mankind to mistakes and shortcomings is one of the major reasons we can reach a level of existence above angels or inferior to animals. The difference comes from the internal make-up of our willpower. However, the necessary internal variations that allow a material to be shaped can also be used for deception and abuse in humans, who cannot control these gifts or deficiencies with their willpowers.

Do metallic materials get tired?

Metallic substances have various endurance levels against external impacts. This depends on their structure and how they are prepared. Even steel, which is known for resisting extreme conditions, experiences fatigue after a certain amount of time. For any material asked to bear a load, certain forces will wear on it. Over time, even if no impact leads to direct damage, the fatigue will eventually lead to permanent damage.

The fatigue endurance of a material is very important for systems working under dynamic loads. Most damage comes from fatigue fractures. In this process, primarily microscopic discontinuities occur via tiny imperfections left from manufacturing within the internal structure or surface, and these become macroscopic discontinuities by growing, step by step. Once these reach a sufficient size, a fatigue fracture occurs and the material can no longer perform its job.

Are not humans like that? We occasionally observe a strong and dynamic person saying, “I am very exhausted,” before lying in bed. A standing person can carry a specific load for a long time without moving. However, people get tired much sooner when carrying the same load while climbing or running. In addition, each person has a different level of strength. This is also true for a person’s spiritual life. If the initial small mistakes that are neglected, ignored, and underestimated are not stopped and treated, they turn into unwanted emotions and actions that can change the person in a way that causes them to fail their true purpose. Just like a tired person regaining lost fitness and strength following rest and nourishment, spiritual exhaustion and suffering can be eliminated with the guidance of true advisors.

Age hardening happens as certain metallic substances harden over time, or through heat-induced atomic dispersal. Some materials, like aluminum alloys, can be hardened with a second-phase heating procedure. This enhances their hardness and endurance for a while, but eventually, age will catch up with them.

Similar situations also apply for humans. The physical performance expected from a young person is not asked from an old man; however, social and psychological hardships and problems that are not easily confronted and tolerated spiritually by young people can be handled more peacefully, patiently, and with more tolerance by an experienced and insightful senior.

In conclusion, if we closely examine any object in the universe, they can be viewed as a microcosm of the struggles that humans endure. Through study and research, we can better understand mankind and society – as long as we look closely enough. 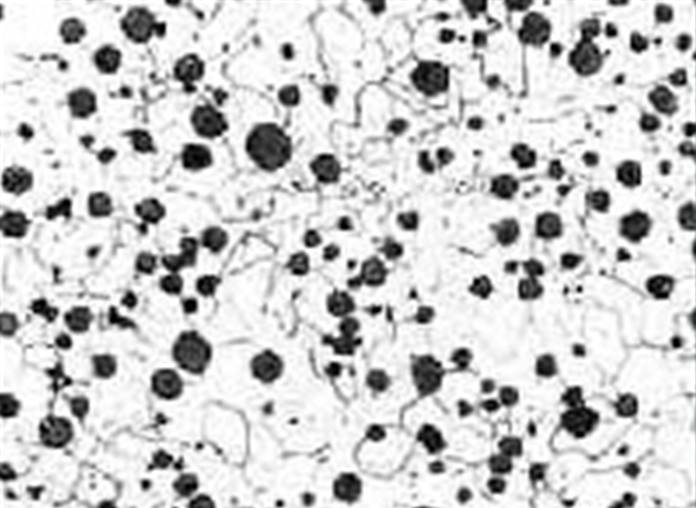 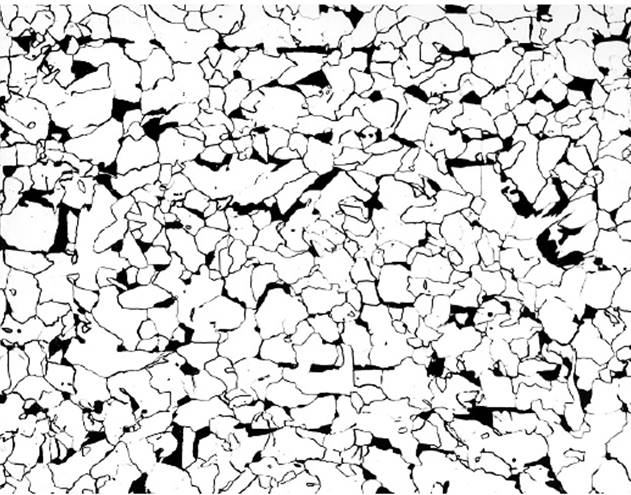 Internal structure of the low density alloy before water application 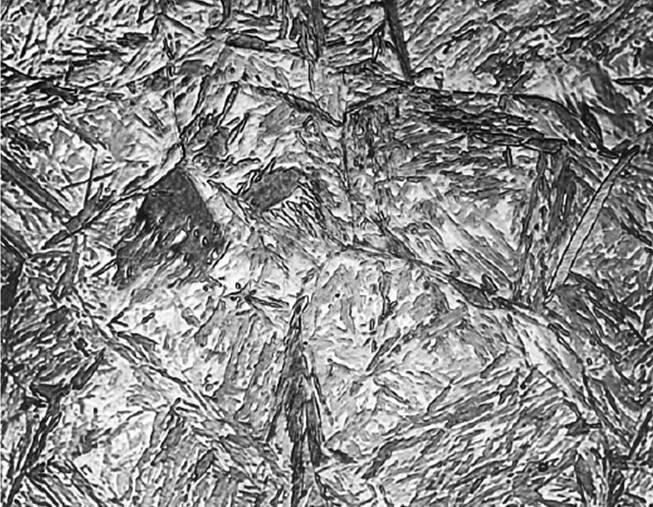 Internal structure of the low density alloy after water application