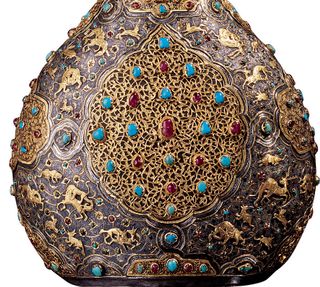 In this issue, we are celebrating Black History Month with Laila Muhammad. The grandchild of Elijah Muhammad, the founder of the Nation of Islam, and the daughter of Warith Deen Mohamed, she is recognized more by association with her family, but she has continued her family’s incredible legacy of community work. In our interview with her, you will not only read about her family, but you will also encounter a social activist with common sense and compassionate vision. Anyone who is involved in any type of community work will benefit from her words. “We have to move forward,” Muhammad says, adding “collectively” at the end, with emphasis. This message is more relevant than ever at a time when our society is growing more polarized on multiple axes of race, religion, and gender.

Laila Muhammad’s message resonates with a book Justin Pahl reviews in this issue: Peace and Dialogue in a Plural Society, by Fr. Thomas Michel. Fr. Michel is a Catholic priest and a professor at Georgetown University who has been involved in interfaith dialogue with Muslims for many decades. He’s traveled and lived with Muslims in many countries including Indonesia, the Philippines, Turkey, the United States, and Europe. His research in this book focuses on the Hizmet Movement and how the movement’s educational and dialogue efforts around the world are contributing to peace in the plural society of the twenty-first century.

A complementary piece to the above themes is “The Age of Self-Awareness” by Caroline Halford. Halford writes, “The world became connected very quickly and with that came not only conflict, secrecy, and fear, but also progress, growth, and knowledge, or at least, attempts at these things.” This global plural society has stepped into an age of self-awareness in the twenty-first century, Halford argues. Whether our self-awareness will diminish into self-obsession or will allow us to be great, continuing the legacy of those who came before us, is up to us.

This issue’s lead article “Chaos and Flourishing Hopes” redefines our relationship with the past, the present, and the future. While some of us delve into the glorious days of our past, others, especially younger people, submit themselves to fanciful thoughts of the future, Fethullah Gülen writes. Yet according to Gülen, the best path is to implement “what is required in every stage of life,” after which we will perceive the past-future-present as “the three angles of a single unit, and we will be able to experience each period of time with its own depth. The golden ages of human history have always been experienced when the concept of time has been perceived as such.”

As he defines a perspective as a concept of time, Gülen also establishes a prescriptive approach to misfortunes and ordeals: “Going through such ordeals is how we can overcome the weariness caused by monotonousness. This is how we can always sense the pleasures and enjoyment to the same extent in the positive sense. This is in fact the transformation of difficulties and afflictions into spiritual prosperity.”