Alliance of Virtue for the Common Good 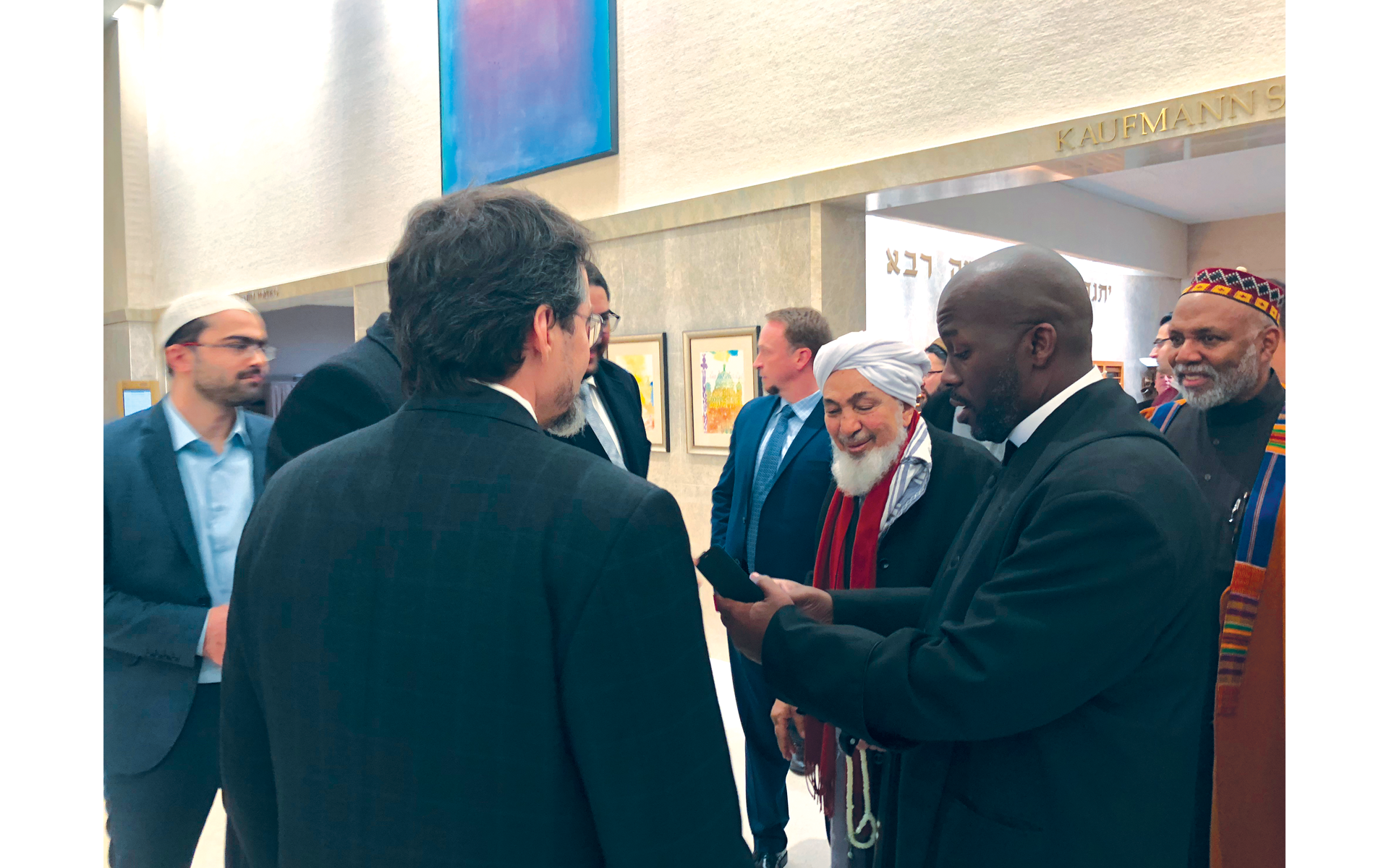 Between February 5 and February 7, I had an opportunity to join approximately 400 other faith leaders at a conference in Washington, D.C. entitled "Alliance of Virtue for the Common Good." The organization "Promoting Peace in Muslim Societies," whose president is His Excellency Shaykh Abdallah bin Bayyah, sponsored the conference. In January 2016, Shaykh bin Bayyah issued "The Marrakesh Declaration," a document signed by more than 250 Muslim leaders and scholars, as a way of supporting efforts towards building peace and coexistence with minority populations living in Muslim-majority lands. At that initial document signing, a handful of leaders from other faiths were present.

The recent conference in Washington brought more of us for two days of speakers, breakout sessions, shared meals, and further dialogue. A partner in the process was the Religious Action Center of Reform Judaism, whose Director Emeritus, Rabbi David Saperstein, a former United States Ambassador for Religious Freedom, tried to ensure that there would be a large contingent of Reform rabbis present for the occasion. Given our synagogue's involvement in the past few years regarding multi-faith dialogue with members of the Muslim community, and our award winning in "Muslim-Jewish Dialogue for Teens" shared with Peace Islands Institute in 2015, we received a humbling invitation to attend and participate.

At the conclusion of the conference, the "Washington Declaration" was affirmed and signed, representing an effort by the Abrahamic faiths to work together amidst our differences to engage in activities that collectively bring healing to the world. Each of the speakers acknowledged that religion can and should be used as a force for good, not evil. It was very rewarding and heartening to meet people from Israel, the United Kingdom, Mauritania, Italy, Finland, Algeria, Nigeria, the United Arab Emirates, Qatar, elsewhere internationally and throughout the United States, who are engaged in various multi-faith initiatives including dialogue, retreats (for example, between evangelical pastors and imams), aid organizations, academic work, social justice projects, and national organizations who are responding to acts of religious extremism (throughout the Islamic world, too).

A few of the speakers offered some poignant words. Speaking in Arabic through a translator, Shaykh bin Bayyah taught, "Religious leaders are obligated to search their sacred texts to find stronger sources for tolerance. We need to develop and promote a narrative and vision of Islam that calls for peace and tolerance. The distorted perspective of extremists goes beyond the pale of our tradition. Literal interpretation does not employ figurative understandings and results in alternative perspectives. There are irrefutable proofs that our religions are not causes of hate and violence."

Timo Soini, Finnish Minister of Foreign Affairs explained, "How we practice our religion holds a mirror in front of us." He reminded his audience, "Freedom of religion belongs to everyone, to people of all faiths. Freedom of religion also entails the freedom to not believe or share in a particular faith. Finally, freedom cannot exist without responsibility. There is no freedom to be intolerant of the faith of the other. On the contrary, we have an obligation to be vigilant in preventing any kind of discrimination on religious grounds. If religion is part of the problem, then it also must be part of the solution."

Admittedly, this was my first time in the presence of numerous Christian evangelical clergy. Pastor Bob Roberts, who has partnered regularly with Shaykh bin Bayyah, instructed us that to discover common ground, can yield common actions, and ultimately result in a common good. Pastor Roberts has been involved in efforts to build bridges with the Islamic community focusing on clergy becoming acquainted with one another. After a relationship is forged between pastor and imam, the circle expands to include the clergy member's family (if they have one) and their congregation. In due course, knowing one another leads to opportunities to stand up for another. Going on dialogue retreats together and participating in projects in underdeveloped neighborhoods deepens the process. "We all bleed the same," he said. "If we quit the hatred, we might learn to love each other." As Pastor John Jenkins, Pastor Roberts' colleague, offered, "The imam has the same thing in his heart that I do, but the media won't tell you that story. We need to get the media to tell the other story."

While the event predominantly featured Muslims, Christians, and Jews, as well as a few people of other faiths, I am hoping that those who identify as secular, atheist, or do not identify as religious, will eventually be welcomed at this table, too. Thinking that religion has cornered the market on "virtue," "being a good person" or can speak to everyone's "common good" is simply not true and this notion of "virtue" needs to also include voices from those who do not identify with a religion or with a faith practice.

Still, it was interesting to be involved, to be a fly on the wall – and even more enlightening to gather awareness of others who are deeply involved in the work of trying to improve our world, day by day. The most critical piece to emerge from the Alliance Conference is making sure that what was discussed in Washington becomes actionable in our own communities.

How remarkable and how disappointing is it that in 2018 we are still preaching lessons and holding conferences on how to talk to one another, how to be in relationship with one another, and how to see the Divine in other human beings and in other communities beyond our own.

If the Washington Declaration is a piece of paper that is ultimately just filed somewhere, then this was nothing but a talkfest. If the experience continues to translate into action, there's a lot of healing that can be done.

Time to get to work.