Collecting Water from Droplets of Fog 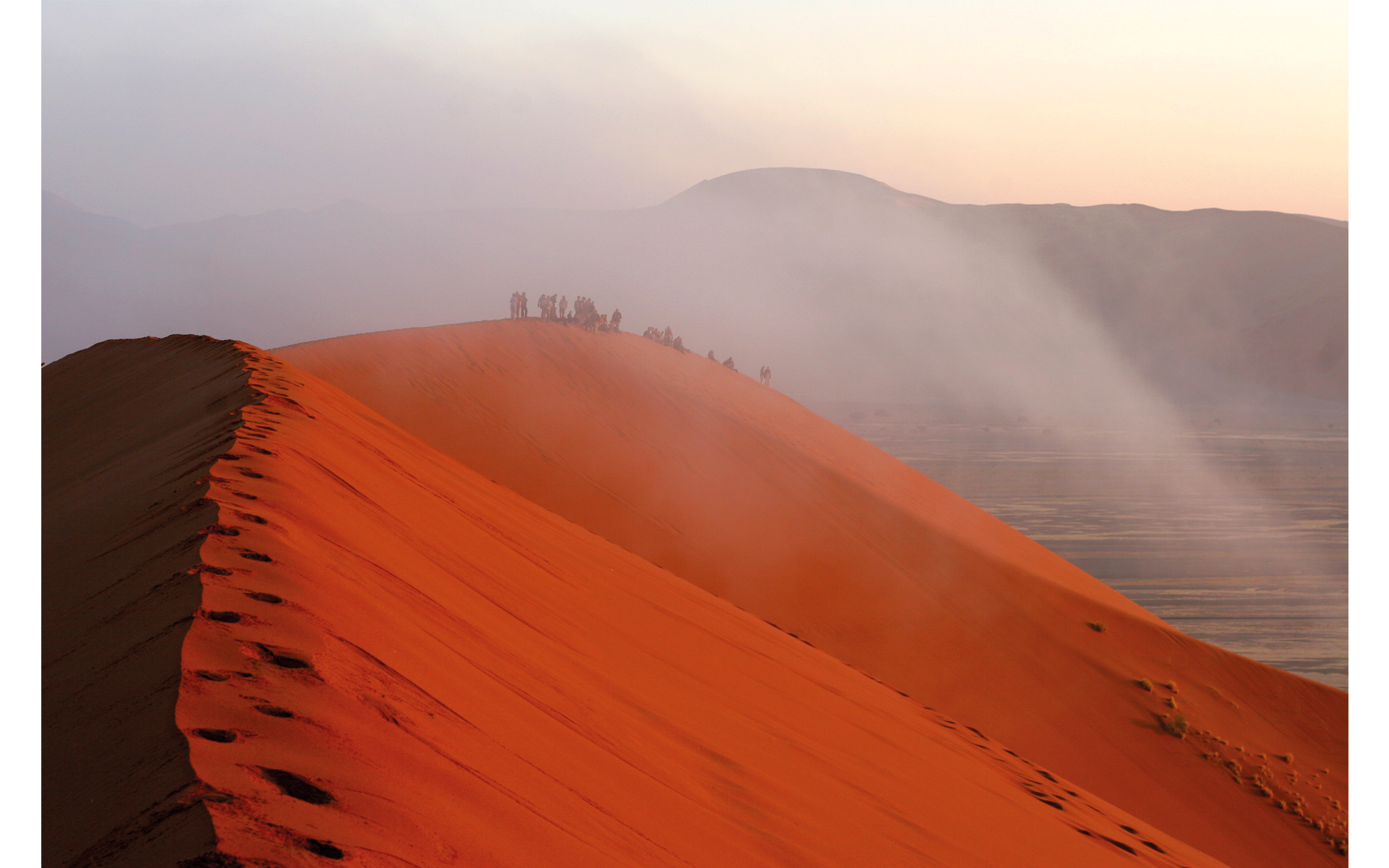 Creatures who survive and thrive in the desert have many fascinating characteristics. Just like the cactus, which has a water storage system made up of fluffy hair, the beetles which call the desert home are provided with mechanisms that enable them to extract the water they need from fog.

The creatures inhabiting the extremely arid Namib Desert survive by exploiting fog droplets that move in from the Atlantic Ocean. Believed to be one of the oldest deserts of the world, the Namib has an annual rainfall less than 1 cm, but its air is almost at saturation point, which results in fog formation. Studies into insects in the Namib desert that can and cannot collect water from fog revealed the vital importance of water collecting mechanisms. Subsequent research studies have led to the development of water collecting systems that might eliminate droughts.

Stenocara gracilipes is one of the beetle species that can utilize fog. The microscopic bumps along the surface of its back and wings have diameters of 100-500 microns and are spaced 500-1,500 microns from each other. These bumps are smooth like glass and hydrophilic (water-attracting), while the hollows around the bumps are covered with a waxy substance like Teflon that is hydrophobic (water-repelling). During fog, the beetle stands upside down at an angle of 45 degrees against the wind. Water molecules that hit the back and the wings are channeled towards the bumps, where water is collected. The micro-scale droplets gather, growing to a diameter of 5mm. The accumulation of water continues until the electrostatic gravity is overpowered with wind. When the droplet is heavy enough, it rolls down the bump into the beetle’s mouth.

For solutions to solve droughts, scientists have found an unexpected inspiration in the unlikeliest of place – the desert.

Existing only in the Namib Desert, this beetle and the microscopic structures on its back and the surface of its wings have provided inspiration for technological designs made from hydrophilic and hydrophobic materials. The development of units capable of collecting water from air owes especially to the strategic use of construction materials without having to spend extra energy. Zoologist Andrew Parker, from Oxford University, has stated that tent coverings and roof materials developed from the water collecting design of this beetle can make it possible to get water for drinking and irrigation, even in deserts or areas of drought.

A nanotechnology company has used the same structure to model such products as water bottles, tents, and roofing systems that can collect water in deserts and drought conditions. Depending of the environmental conditions, these products can collect between half a liter and three liters an hour. The system is planned to be used for preventing moisture in homes, producing water during military operations, and growing plants in special greenhouses. Scientists striving to meet the demand for water at the lowest cost in regions where water shortages are prevalent believe that much higher targets can be reached if success is achieved in this field.

Şehmus Özden, a researcher studying nanotechnology at Rice University, has also developed a technological device that can collect water in arid regions. Modeling their device on the Stenocara beetle, Özden and his team designed a mechanism of carbon nanotubes that are as tiny as a millionth of a hair. They used hydrophilic material at one end of the bunch of tubes and hydrophobic material at the other. When the tubes are left outside with the hydrophilic side up and hydrophobic side down, they harvest and store water inside without requiring any external energy. The tubes can also be squeezed like a sponge to take the water out, and the mechanism can be used multiple times.

All these technological developments shed light on the fact that every creature has been brought into existence for many purposes and with precise measurements. It behooves us to look into every creature, including the tiniest beetles, to meditate upon them, and see what wisdoms have been hidden in every corner of the universe.