Entering into the Risk of Real Dialogue 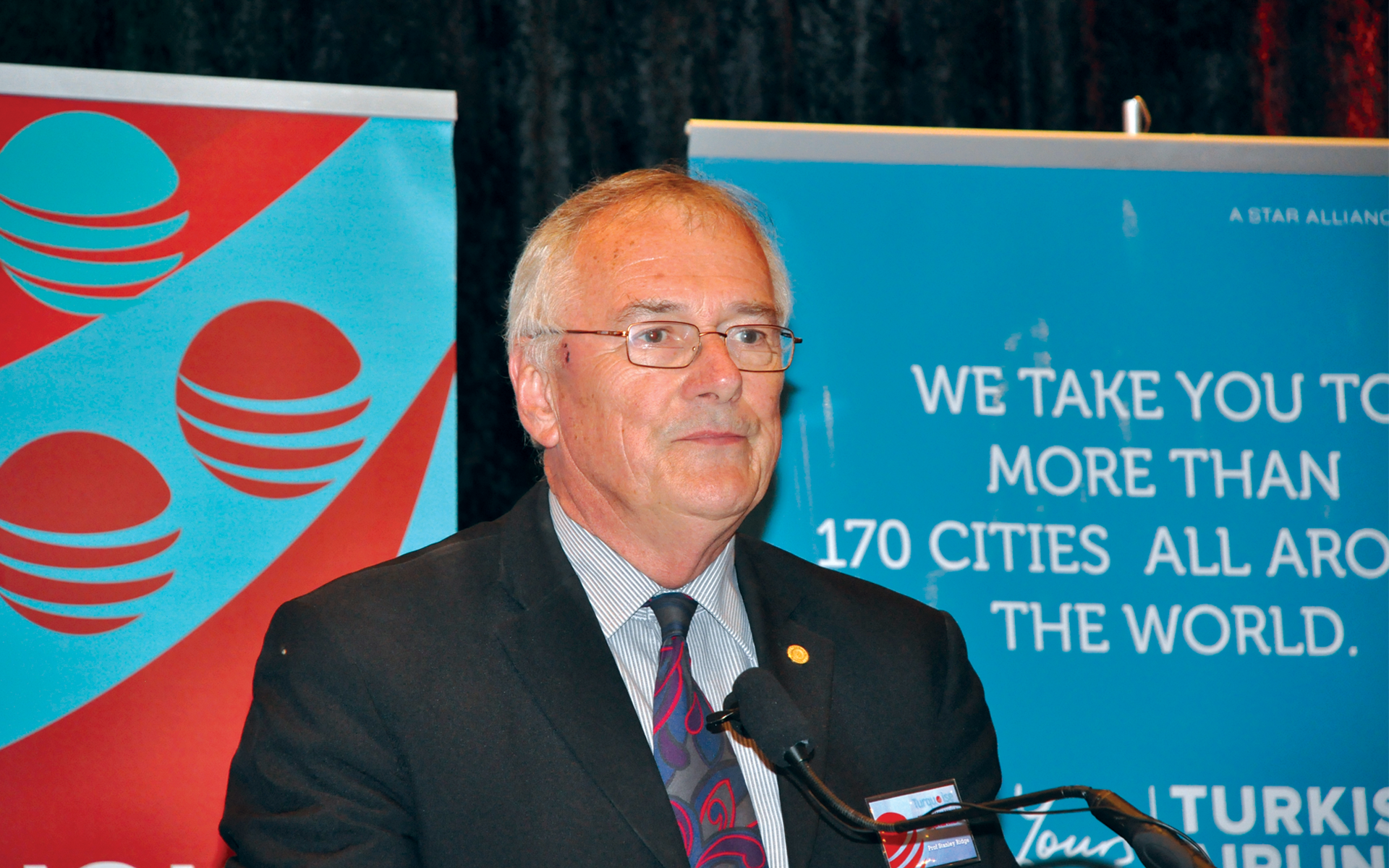 In memory of Stanley Ridge

Prof. Stanley Ridge, the former Vice Rector of the University of the Western Cape in South Africa, was a former writer for The Fountain. He was not only an accomplished academic, but also a sincere advocate for dialogue who saw the challenges of our time and sought solutions through friendship and conversation. He recently abandoned this world for eternity. The following was his most recent talk on dialogue for the Turquoise Harmony Institute in Cape Town back in September 2017, where he courageously endorsed the Hizmet Movement and denounced the persecution they are enduring under the current Turkish government. We join with the Turquoise Harmony Institute to offer our condolences to his loved ones, the Ridge family, and to the rest of us who advocate for dialogue around the world.
The Fountain

Grace, mercy, and peace be with you all.

Perhaps I should say up front that I am a practicing Christian, a Presbyterian, and currently a senior elder in the United Church congregation of which I am a member. What am I doing here, then? I have come to tell you about some of the most faithful, humble, and loving people I have encountered anywhere. The God of grace, mercy, and peace has touched their hearts in unmistakable ways. What follows is not a deep discussion of dialogue, but a testimony to it in action.

I first encountered members of the Turquoise Harmony Institute 10 years ago. They were planning a dialogue trip to Turkey, and, through my friend and colleague, Yasien Mohamed, I was invited to come to the exploratory gathering. Much as I trust Yasien, I couldn’t help asking questions. Who was this Fethullah Gülen? Why would a group like this be so generous? Was the “dialogue” real or a guise for indoctrination? I did some homework and was astonished that I had missed a group the scale and significance of the movement. Its roots are in deep faith. In her book, The Gülen Movement, sociologist Helen Rose Ebaugh has since summed up its points of departure:

“… based on his interpretations of particular verses of the Quran, [Gülen] teaches that the Muslim community has a duty of service (Turkish: hizmet) to the ‘common good’ of the community and the nation and to Muslims and non-Muslims all over the world; and that the Muslim community is obliged to conduct dialogue with not just the ‘People of the Book’ (Jews and Christians), and people of other religions, but also with agnostics and atheists.”

My curiosity piqued, I went to the gathering and was delighted by the people I encountered there. To my relief, it was a deep meeting of minds around notions of love, service, and dialogue. We were on the same page.

My wife and I joined the party going to Turkey. I could happily talk about the beauty and fascination of that remarkable country, but this is not a travelogue, and the times are now less happy there. My focus is rather going to be on what we have learned and been challenged by in the work of the Hizmet movement, not only on that trip, when we had some extended exposure to it, but in South Africa and the USA.

The importance of this discussion is partly in helping set the record straight. For the last few years, the Hizmet movement has been banned and its members mercilessly persecuted in Turkey. This came after the Erdogan government’s corruption was revealed. The movement has bizarrely been accused of terrorism. Its many thousands of dedicated members have been arrested and tortured and even killed. All their assets have been confiscated. And the superb schools and universities and hospitals, which were making such a difference to modern Turkey, have been taken over by the state and closed down. Hizmet has also been subject to the kind of false news and disinformation campaign that is all too familiar in the world today. The modern world faces a crisis – the cynical use of social media to spread millions of false messages generated by computer and to shape ordinary people’s opinions. When this goes along with ruthless autocracy and corruption, we all have reason to be very concerned.

There is risk in dialogue, but for any real bridges to be built between cultures, people of faith must take that risk.

The Hizmet movement is not above criticism and has never claimed to be, but genuine criticisms are minor. I am trained to be a skeptical reader, but in ten years of fairly frequent contact with the movement I have seen no sign at any stage of the kinds of things Hizmet is accused of. If it has terrorist or state-undermining intentions, it has surely chosen the least efficient ways of giving effect to them.

Let me close with a brief theological reflection which I think is true to core Christian and Islamic belief. Without awe for the living God, we move off the path of life and end up trapped in the tangle of our own limitations, often arrogantly sure of ourselves and unable to engage with others. We become dogmatic, self-centered, dismissive and unapproachable, treating those who don’t agree with us as lacking in passion for truth or as flabbily committed to prevailing world values. From there we cling to the false certainties of fundamentalists, substituting limited and limiting ideas for the limitless glory of God, and fostering a fellowship of self-proclaimed “righteousness,” which is used to justify contemptuous dismissal of “others,” sometimes making them the subject of rage, hatred, and violence.  Fundamentalists have never been in short supply. Some define themselves in religious terms. Some are openly secular. Some are political under the guise of religion. And some draw genuinely religious people into their gambit. Of course, none of us is immune to the enticements of fundamentalist rhetoric, but “forewarned is forearmed.” Fundamentalists of any form lead to profound traumas in religious, social, and public life.  They turn faith into ideology.

The alternative is a spirituality based on awe for the living God. This spirituality enables us to enter into dialogue, talking to others with respect, whatever their sincere beliefs, and listening for what we can learn from them. In our wonder at God’s greatness, we recognize how little we know and how all our intellectual certainties are in need of ongoing qualification. As we study the scriptures, the Holy Quran and the Holy Bible, we are confronted again and again with new, life-giving perspectives and the recognition of how much we still have to learn in our relationship with the loving and gracious Lord of all. It is in response to His love that we are able to go beyond friendship and passion and show the most profound care for others. It is in response to His grace that we are able to be gracious to others. And it is in response to His mercy that we are able to care and serve, entering into the risk of real dialogue and the joy of mutual support.

As-salaam aleikum, peace be with you, or in the voice missing so far from the People of the Book, Shalom aleichem.

We, as Turquoise Harmony Institute, are deeply saddened by the passing of one of our advisory board members, Professor Stanley Ridge, who died on the morning of 30 January 2018 at the age of 76, after a long battle with cancer. He was a man of great compassion and love, implausible persuasive eloquence and wide generosity. His efforts in making interfaith dialogue meaningful and sustainable through his actions and his eloquent articulation will never be forgotten.

He was a sincere Christian who believed that religion embraces all beliefs and races in brotherhood, and exalts love, respect, tolerance, forgiveness, mercy, human rights, peace, brotherhood, and freedom.

We are all poorer for his loss, but richer for having known him. He will be dearly missed.