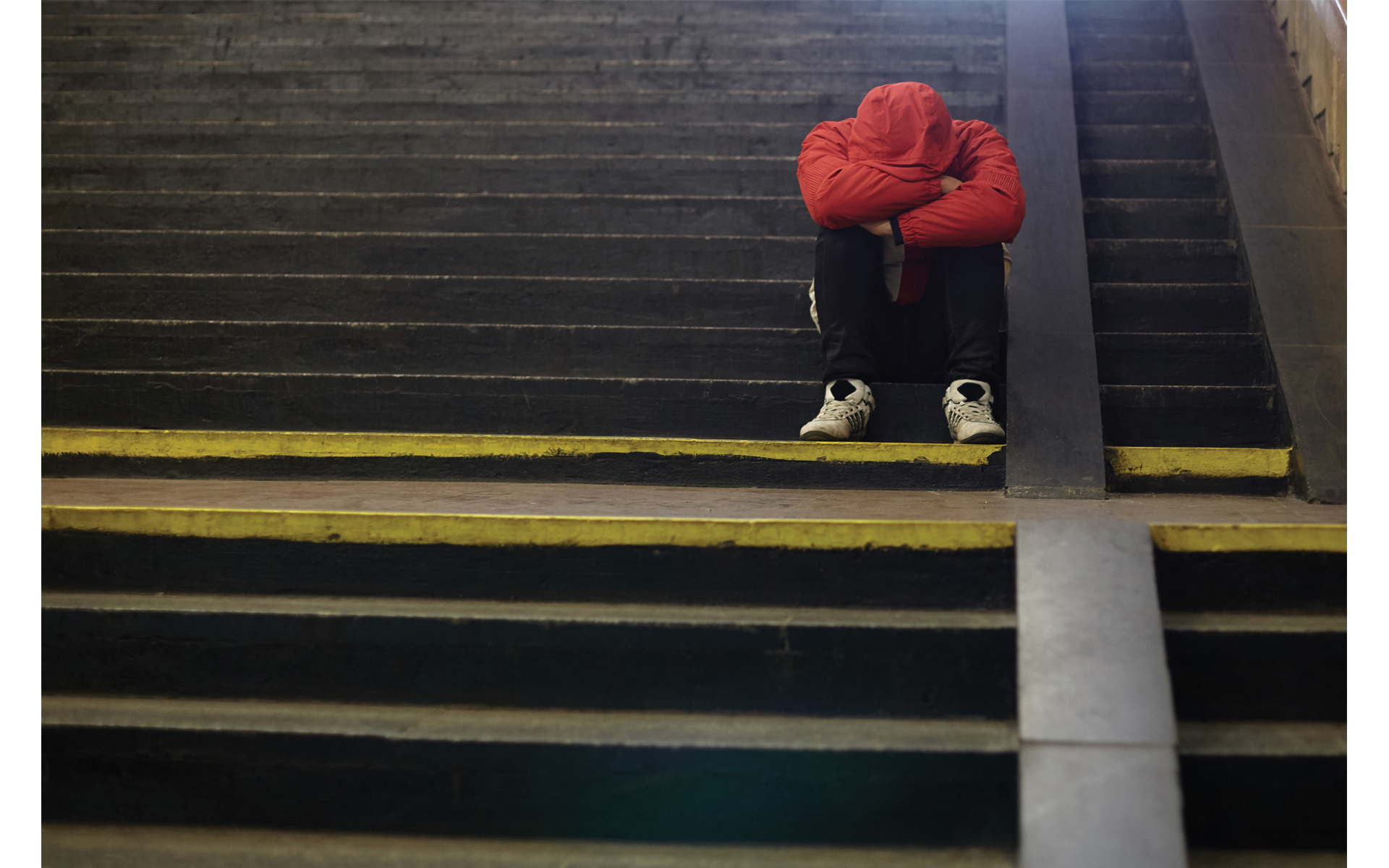 Answer: If believers do not want to contaminate their lives in this world or the next with exclamations of repentance, they should get to know God first, walk on His path, endeavor to reach Him, and try to make efficient use of all the means He bestowed on His path. In order to achieve this, such believers must always lead an insightful life, never give up self-awareness, always try to correctly discern the meaning of events, and always be aware of their responsibilities and what their positions necessitate.

In different verses, the Qur’an relates the woes of the unfortunate ones who are completely lost in the Afterlife. For example, one verse states that they will voice their regret: “Oh, would that I were mere dust (instead of being a responsible being with consciousness and free will)!” Those who oppressed others and committed all sorts of atrocities in this world will wish to become stones and dust than suffer that punishment.

Another verse relates the woes of those who failed to keep on the straight path and were misguided by following others: “On that Day, the wrongdoer will bite his hands, saying (with remorse), “Oh, would that I had taken a way in the company of the Messenger.” “Oh, woe is me! Would that I had not taken so-and-so for a friend!” (al-Furqan 25:27–28).” A person who wishes to avoid wailing in the next world must live consciously now, determine well whose guidance to follow, and not give up the path of the Prophets whom God sent in order to save people from misguidance.

Actually, God never left people without any guide. Through the blessed Prophets and the saintly personages, who served as a mirror for the Divine, God Almighty has always shed light on our path. However, if people disregard these leaders of deliverance, do not follow their footsteps, and become rudderless, they lose their way and stumble into the pitfall of misguidance. The pitfall in this world transforms into a pitfall of Hell in the next. In the end, that person wails in the pitfalls of Hell with woes of: “If only…”[1]

Those who had sound considerations here, who adopted constructive action as their main principle, and who always acted righteously, will be given their records from the right and will cheer from the glad tidings they receive (al-Haqqa 69:19–20). As for those who are given their record from the left, they will see that all of their repulsive sins are written there. Since they looked at the sinful, listened to the sinful, walked toward and committed the sinful, and recognized no Divine laws, they will see the record of what they committed; they will regret their sins very much and wail: “If only…” Even before entering Hell they will bend double with the shame of the sins they committed.

In this regard, as human beings were created as a monument by God Almighty, according to the best pattern of creation, and as angels were commanded to prostrate before them, it is essential that they do not immerse themselves in such disgrace for the sake of this passing worldly life or for worldly ambitions and temporary titles, and thus not pollute the blessing of “humanity.” If one fails to retain this Divinely bestowed, dignified position, there is the risk falling lower than the lowliest beings: They are like cattle (following only their instincts)—rather, even more astray (from the right way and in need of being led)…” (al-A’raf 7:179).

However high a rank the human is given, so will be the depth of the pitfalls they will face in the case of falling. As Bediüzzaman stated: “One who destroys this sincerity falls from the pinnacle of friendship. They may possibly fall to the bottom of a very deep pit.”[2] Likewise, “Difficulty is directly proportional to reward.” That is to say, however much a person is honored with God Almighty’s blessings, the greater is the risk. In the case of ingratitude for the showers of blessings God Almighty pours down, a person might stumble into a deep pit.

Some people commit blasphemy against their own position and the blessing of humanity. Despite being created with the potential for being a loyal friend of God Almighty, they become a follower of Satan. They cannot become conscious of their duty and commit unbecoming deeds that will betray the endowments they are blessed with… Such people will say: “I wish I was condemned to annihilation so that I would not see and hear these!” and even before the real punishment begins, they will feel deep pangs of conscience about what is written in their record.

A person who does not wish to suffer such regret in the Afterlife must be very righteous in this world, take the noble Prophet, peace and blessings be upon him, and his Rightly Guided Caliphs as their guides, and try to lead a life like they did. Even when they were state leaders, they did not indulge in comfortable beds, they didn’t wish for luxurious mansions, and they didn’t stoop to gain worldly wealth. When the master of the Prophets demised, his armor was held in pawn by a Jewish broker in return for an amount of debt he had taken in order to support his blessed family.[3] Similarly, the Rightly Guided Caliphs who followed his footsteps did not leave anything behind as they passed to the eternal realm beyond. They literally showed us the state in which one should leave this world. Since those who live like them will not commit anything they will regret, they will not say “If only” beyond.

Human life is not something to be gambled

In order not to wail “If only,” we should lead such a life that not we but others should be sorry for our departure from this world; as a poet expressed it: “Remember the days you were born? You were in tears, while others would gladden. Lead such a life that your death will be your bliss while others will mourn.” A baby cries after coming to this world but the family rejoices for having a new child. A person must lead such a life that death should be a means of joy for passing to a realm of inner relief and for soaring to the horizons of one’s spirit. If there will be mourning, it should be others who mourn; if there are tears to be shed, it should be others who shed tears for us. Those who rejoiced at the birth must cry this time. Those who lead such a life never say, “If only.” As for those who see this life, which is a capital bestowed on us by God, as something like dice for gambling with and thus waste it, have always wailed their regrets in this world and the next.

In particular, those devoted souls who have dedicated their hearts to serving faith and the Qur’an must completely omit “If only,” which shouldn’t be part of their present day, tomorrow, or Afterlife. They must utilize their worldly life as capital so wisely that when they depart from this world, they should rejoice with the blessings they will enjoy in the Afterlife, and the rest of the world should cry for their absence. Even after decades and centuries, they must always be paid tribute to by later generations. The Qur’an shows us these horizons: “And all those who come after them (and follow in their footsteps) pray: “O Our Lord! Forgive us and our brothers (and sisters) in Religion who have preceded us in faith, and let not our hearts entertain any ill-feeling against any of the believers…” (al-Hashr 59:10).

In this respect, a person must not commit deeds that will be the cause of disgrace and utter shame in the next world; one must always lead an upright life, and pass to the beyond in that way. Particularly, those entrusted with handing the great heritage on their shoulders to future generations should not seek the world but God; they should not let their clothes be stained with the dirt of worldliness and should say, “My God! Please do not condemn me to be without You!” They must always live and die with this consideration. As it is also stated by the noble Prophet, a person dies in accordance with how he lives, is resurrected in accordance with how he dies, and goes to his destination in the next world in accordance with how he was resurrected.

Do Not Forget, Death Comes All of a Sudden!

Bediüzzaman said, “Alas! We have been deceived. We thought that this worldly life is constant, and thus lost it thoroughly. Indeed, this passing life is but a sleep that passed like a dream. This life, having no foundation, flies like the wind.”[4] With these words, he drew attention to the transient aspect of this world. He also said: “I am mortal, so I do not want the mortal. I am impotent, so I do not desire the impotent. I surrendered my spirit to the All-Merciful, so I desire none else. I want only one who will remain my friend forever. I am but an insignificant particle, but I desire an everlasting sun. I am nothing in essence, but I wish for the whole of creation.”[5] Thus he pointed out that a person must seek truly great targets and that the worldly things one ambitiously seeks are not really worthy of consideration at all. May God not separate us from the path of such blessed ones, for their path is actually that of the Pride of Humanity, peace and blessings be upon him.

Let us conclude this subject by relating a short poem attributed to Ali ibn Abi Talib:

O poor one who busies himself with worldly pursuits! Always deceived with the hopes of a long life!
Is it not high time you gave up this irresponsible way of yours?
Look, the journey to the beyond is close at hand!
Don’t forget, death comes one day, all of a sudden!
The grave awaits you, the box of your deeds.
Then from the troubles of this world, seek refuge in patience!
Know that your death will not happen unless the appointed hour comes![6]