The Life Spans of Plants 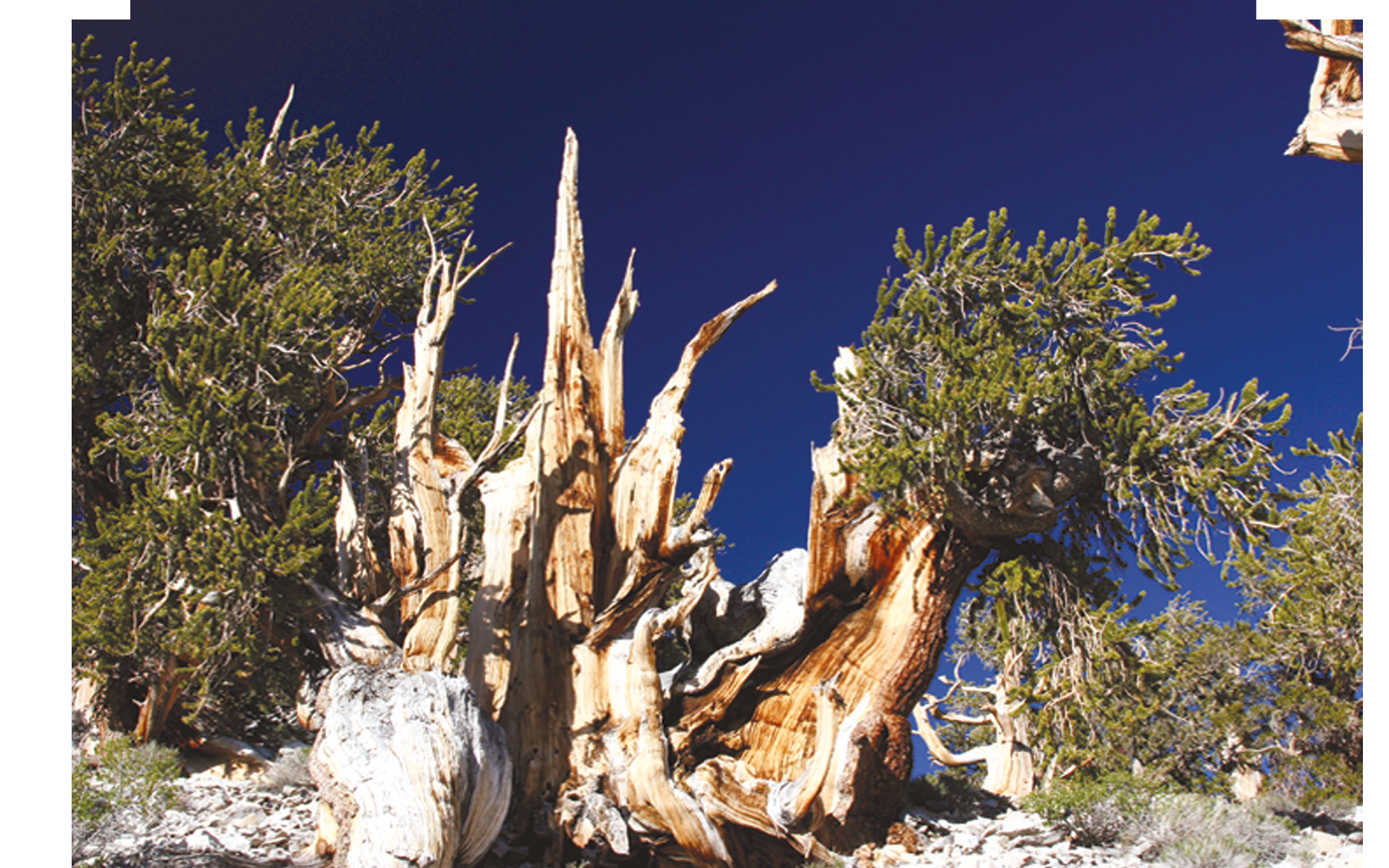 Why do plants live such long lives? And could the cure to many illnesses be found in their secrets?

One of the underlying reasons behind research into the life spans of living things is that researchers hope to find out how to extend human life. It is widely accepted that the fundamental biochemical and metabolic workings of aging are encoded in the human genome, some lines of which we are familiar with. For example, we know that reducing calorie intake extends life, vegetarians outlive non-vegetarians (on average), and the shortening of telomeres at the ends of chromosomes parallels aging. It should still be remembered that there are many unknowns about human life span.

Many plants live far longer than animals. Herbaceous plants, which are generally annuals or biennials, have soft anatomical structures. As can be understood from their lack of woody tissues, they are not given a long life. Still, there are controversies about the life spans of certain herbaceous species. For example, the plants presumed dead after withering in autumn have roots underground which blossom again in the spring. Is this blossoming the creation of a new plant or is it the re-emergence of the plant whose roots were hidden underground?

When the life spans of shrub-like plants, whose roots run deeper, are examined, it can be seen that annual flowers are not created individually, as are animals. Rather, some of their parts wither during the winter, while the plant as a whole, which has retreated for a while, simply re-blooms.

Summer flowers and vegetables are annual plants, living from spring to autumn. Plants with tubers, such as turnips and certain orchids, can live two years or more. Although their roots may remain underground for several years, the visible flowers remain alive for the summer only.

Trees, on the other hand, are hardwired both anatomically and physiologically to live long lives. They have stems made of strong wood tissues and root systems that can spread across a wide area. Yet there are considerable differences between tree species. They have to obey the life spans dictated by their genetic programming.

Plants that have long life spans

The oldest known tree was a spruce discovered in Sweden in 2004 by Leif Kullmann. Radioactive carbon isotope testing showed that it was 9,550 years old. There is also Pinus aistata, a pine species living in California that has withstood the test of natural elements. Longaeva is 5,066 years old. The ages of certain trees cannot be confirmed, such as that of the Tamrit cypresses in Algeria, which are considered to be 4,000-5,000 years old, and the Japanese cedar, some of which are thought to be 7,000 years old.

Scientific studies into the Huon pines (Lagarostrobos franklinii), which grow on a mountain northwest of Tasmania, show that they have descended from a parent tree through cloning to form the group of trees in the area. The oldest of this group of Huon pines is estimated to be 2,000 years old, and the group to be 10,500 years old. As the root system has developed since the ancient times, those that reached the age of 2,000 have died, but the descendants – which have the same genetic structure – have maintained the existence of these trees.

In 2009, a research team led by Jeffrey Ross-Ibarra of the University of California stumbled upon a shrub oak called Quercus palmeri that has survived by cloning from the same root for 13,000 years. The researchers claimed that the plant, which has survived since the ice age, was now accustomed to heat and drought. New sprouts that develop slowly from the stems of this plant can grow higher than 20 meters. This tree can be even 10,000 years older than the oldest California sequoia tree.

The genome is the book where our biological codes for the color of our eyes, shape of our ears and noses are written. The same goes for plants, too. It is more likely that a plant will live longer if it is equipped with the genetic hardware that can withstand factors such as cold, heat, and disease.

Durable plants need only water, minerals, and air to survive. The physiological processes that are activated according to the genetic codes give rise to mind-boggling strategies for protection against the harshest weather conditions. These strategies are very complex and imply so high a level of consciousness that needs to take environmental conditions into account and develop tactics to stay alive against any harm that may come from insects or to prevent them from cracking open in the cold. If a plant cannot get water, it coils slowly, withers, sags, and loses its leaves. None of these, however, means the immediate death of the plant, which can maintain life for a long time through numerous metabolic changes. When it finds water, it comes back to life.

Plants lie at the heart of life on Earth. Plants function like laboratories in which the carbon dioxide in the air is converted into basic foodstuff like sugar, and then into fat, protein, or starch by using sunlight. They also release oxygen into the air and help animals and humans breathe.