Insects at the Extremes 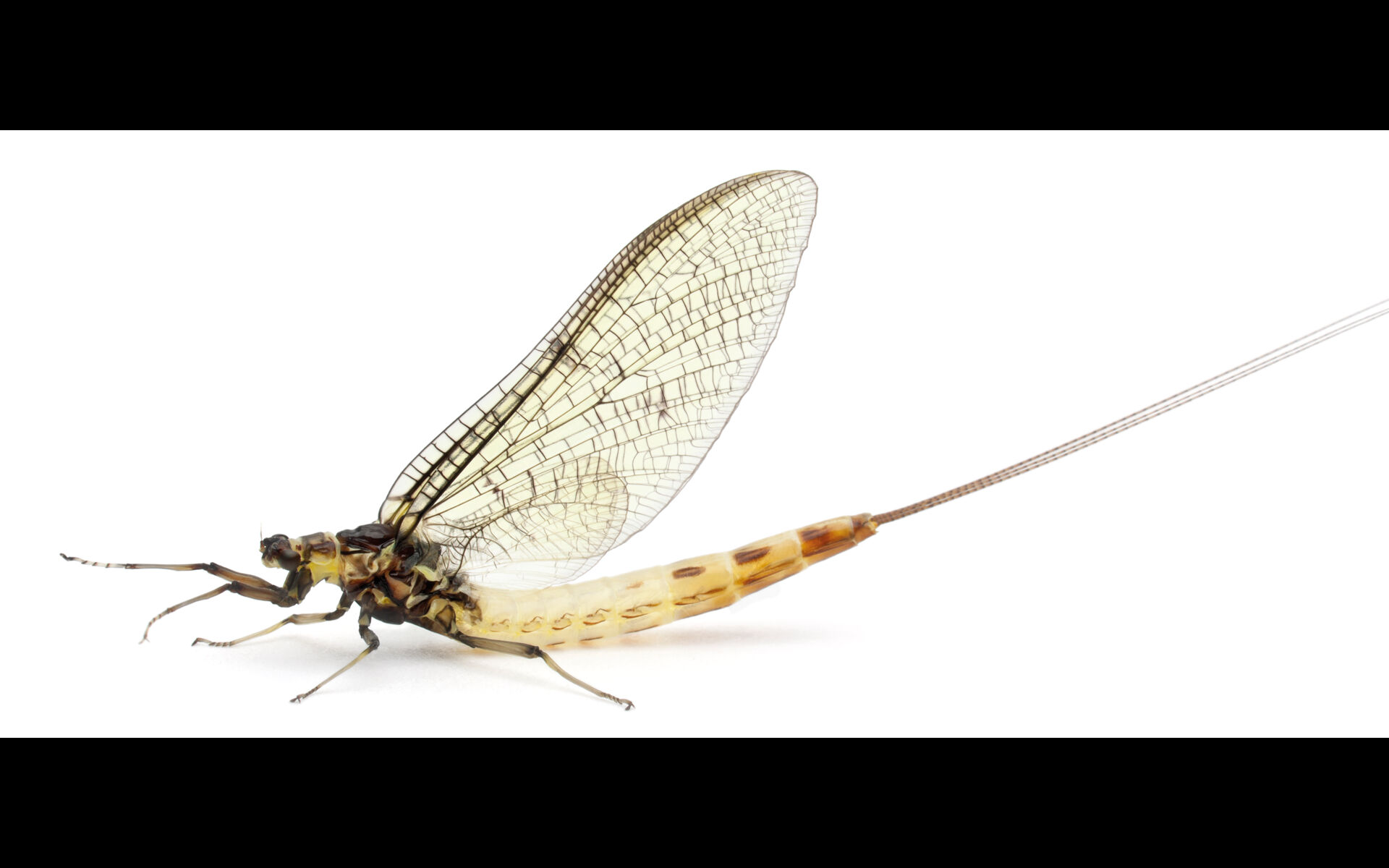 We classify each living thing by the different and similar features they possess. Through such classifications, we understand that all things are created for a purpose. They help us to read the book of nature laid before us.

Many species of animals belonging to groups such as one-celled organisms, fish, invertebrates inhabiting the seas, and worms in the earth, are still waiting to be discovered. No one can know for sure what the total number of animal species will be. Time will show whether it will be two million, or three, or even five. The number of animal species identified and named to date is about 1,400,000.

Of these, insects number nearly one million species. The group called Coleoptera, or beetles, have the most species, with about 350,000. The next largest groups are Lepidoptera, or moths and butterflies (about 120,000); Diptera, or flies (120,000); and Hymenoptera, or ants and bees without 110,000 species.

Incredible numbers from the insect world

Many insects serve a vital role for humans. Bees, of course, are a great gift to humanity. They do not only serve us honey, but also have a duty to pollinate flowers, fruits, and vegetables. If it were not for the bee, we would not have many types of fruit we enjoy today, or we would find them with difficulty and at exorbitant prices because they would have to be pollinated artificially. To be able to produce honey as small as one gram, a bee, which covers an approximate distance of 800 km in its lifetime, has to collect nectar from as many as 125,000 flowers. Put differently, in order to make one kilogram of honey, 40,000 bees have to visit 6 million flowers.

The animal with the longest jump

If we asked which could jump longer, a kangaroo or a flea, many would underestimate the flea. Striking findings emerge when we compare distances with body size. While a man can leap a distance of five times his height, the red kangaroo can jump 13.5 meters, which translates as nine times its height. The springbok, a medium-sized antelope living in Africa, can jump 10 times its height, a grasshopper 20 times, a kangaroo mouse 45 times, the northern cricket frog (Acris crepitans) 36 times, and a cat flea (Ctenocephalides felis) 200 times. It is a very special protein called resilin, placed in the muscle fibers in the hind legs, with which the cat flea is enabled to jump such incredible distances.

The animal with the fastest wing beat

Despite their tiny sizes, insects are equipped with most mind-boggling craftsmanship. They have keen senses as well as membrane-like wings that can beat shockingly fast. The common fly beats its wings 180-330 times per second, the worker bee 240-250 times, and the mosquito 278-307 times. Meanwhile, the tiny midge called Forcipomyia beats its wings 1,046 times a second, as calculated in 1953 by Sotavalta, a Polish researcher who used an oscillator for the task. Researchers were startled by how electrical and chemical processes could generate the speed required by contraction and relaxation of muscle fibers.

The eye that can perceive the most subsequent movements

For the perception of movement, the eyes need to record slices of movements, one after another, and send them to the brain. The more the number of movements sent in a second, the faster the perception of the movement. While the brains of some animals can handle a few images at a time, others can process a torrent of them. The fire salamander can perceive and process 5 images a second, a human being and a gecko 20, the black beetle 20-30, the cat 27, the frog 48, the bee 55, the rock pigeon 148, and the dragonfly (Libellula sp.) 300.

The animal with the shortest lifespan

Mayflies (Ephemeroptera) are best known for the fact that they spend 99% of their lives as larvae. They spend this period of youth in water, and then they emerge as adults. The length of their adulthood is normally one day. Some may live 3-4 days, and others die in a few minutes. Adult mayflies cannot nourish or feed because parts of their mouths and digestive system atrophy. They start to fly as soon as they are of age so that they can mate. The males die immediately after fertilization and are followed by females (after they lay eggs). Some can produce one generation, some two, and others many. They store all the air they breathe in a day in their intestine and swell their body, and they use the energy necessary for flying from previous reserves.

The animal colony with the largest population

The nests of social insects such as bees, ants, and termites are like plants that operate in the most incredible order. The perfectly designed division of labor includes such groups as drones, queens, workers, cleaners, babysitters, soldiers, guards, etc. The Bellicositermes have the highest population with three million members. A red wood ant (Formica rufa) nest has 500,000–800,000 members, a leaf-cutter ant (Atta) nest 600,000, a termite nest (Reticulitermes) 100,000, a honey bee hive 40,000–80,000, and a wasp nest (Vespa) 700–1,500.

Because breathing is carried out by the trachea system in insects, it becomes difficult for oxygen to reach the tips of tubes past a certain distance. That is why insects cannot grow very large. The biggest insect in the world is Phobaeticus chani, a species of stick insect, with its abdomen reaching a size of 35.7 cm (~14 in). Measured from the tips of its legs, it has a length of 56.6 cm (~22 in). The insect with the largest wingspan is the Thysania Agrippina, a butterfly species with a relatively smaller abdomen. The butterfly species with the largest wing surface is Coscinosera hercules with a smaller wingspan (28 cm or 11 in) but a wide surface area of 300 cm2.

The keenest sense of smell

Sense of smell plays an important role in many types of behavior such as finding prey, recognizing young, and marking the nest. Smell is perceived when chemical molecules dissolved in the air pass through the nose, which varies according to the species of animal. The more the molecules in the air and the closer the distance, the easier is for the scent to be detected. The most skillful creature in this area is Saturnia pavonia, or the small emperor moth. German researchers proved in an experiment they conducted in 1961 that the male moth could detect a single molecule of a chemical secreted by the female into the air with the help of the chemical receivers placed in its fan-like antenna.

Animal documentaries mostly highlight the number of casualties caused by such animals as sharks and the venomous box jellyfish at sea, crocodiles and hippopotamuses in fresh water habitats, lions and elephants in savannahs, bears in forests, and scorpions in deserts. These animals are known to be dangerous because they are easy to see with the naked eye and some can be violent. Yet, the total number of casualties by all these animals combined, we can have a better understanding of the overemphasis. These numbers are especially dwarfed by the death toll (around 2.5 million) caused by the much smaller mosquito (Anopheles sp), which holds the title for the deadliest animal. Malaria, yellow fever, West Nile virus, lymphatic filariasis, and dengue fever, all of which are transmitted by this species of mosquito, pose the most serious health threat in many countries of the world.

The animal with the hugest appetite

The intake of an animal depends on its basal metabolic rate, body temperature (warm-blooded or cold-blooded), and the surface area of its body. The food intake of the anaconda snake amounts to 0.13% of its body weight. It is 1% for the Asian elephant, 2.9% for the lion, 3.5% for the chicken, 3.5% for the little owl, 18% for the goldcrest, 30% for the Eurasian blue tit, and 40% for the rat.  The lesser mole eats as much as its bodyweight (100%), while the hummingbird and pygmy shrew consume twice as much. Much smaller than these animals, mosquitoes suck blood four times their bodyweight. The record, though, is owned by a caterpillar called Anthereaea Polyphemus, which eats plants 86,500 times its bodyweight in 56 days and 1500 times in a single day. If a human baby of 3.5 kilos ate proportionally, it would mean 301 tons of food.

The greatest endurance against G-forces

In an experiment, the click beetle (Elateridae) jumped to a height of 29.8 cm (11.7 in). It was found that it its brain endured a deceleration of 2300g by the time it reached its peak. Even jet pilots can only endure a force of 9-10g, meaning their bodyweight is multiplied by 9 or 10. When the racing driver David Purley crashed into an obstacle at a speed of 174 km, he was subjected to 180 g produced by the deceleration. He survived but and sustained dozens of fractures, a few dislocations, and several obstructions in the heart.

It was first discovered in Nicaragua in 1999, but because there were not enough samples it was not introduced to the world of science until 2015 when Russian researchers demonstrated 85 samples found in a national park in Columbia. Named featherwing (Scydosella musawasensis), the beetle species won the title of the tiniest animal. The smallest of the samples collected was 0.325 mm; the biggest was 0.352 mm. Having an elongated, oval, yellowish-brown body, the beetle has antennas split into 10 parts. It is incredible that this beetle has a heart, a brain and a stomach despite its size of one third of a millimeter.