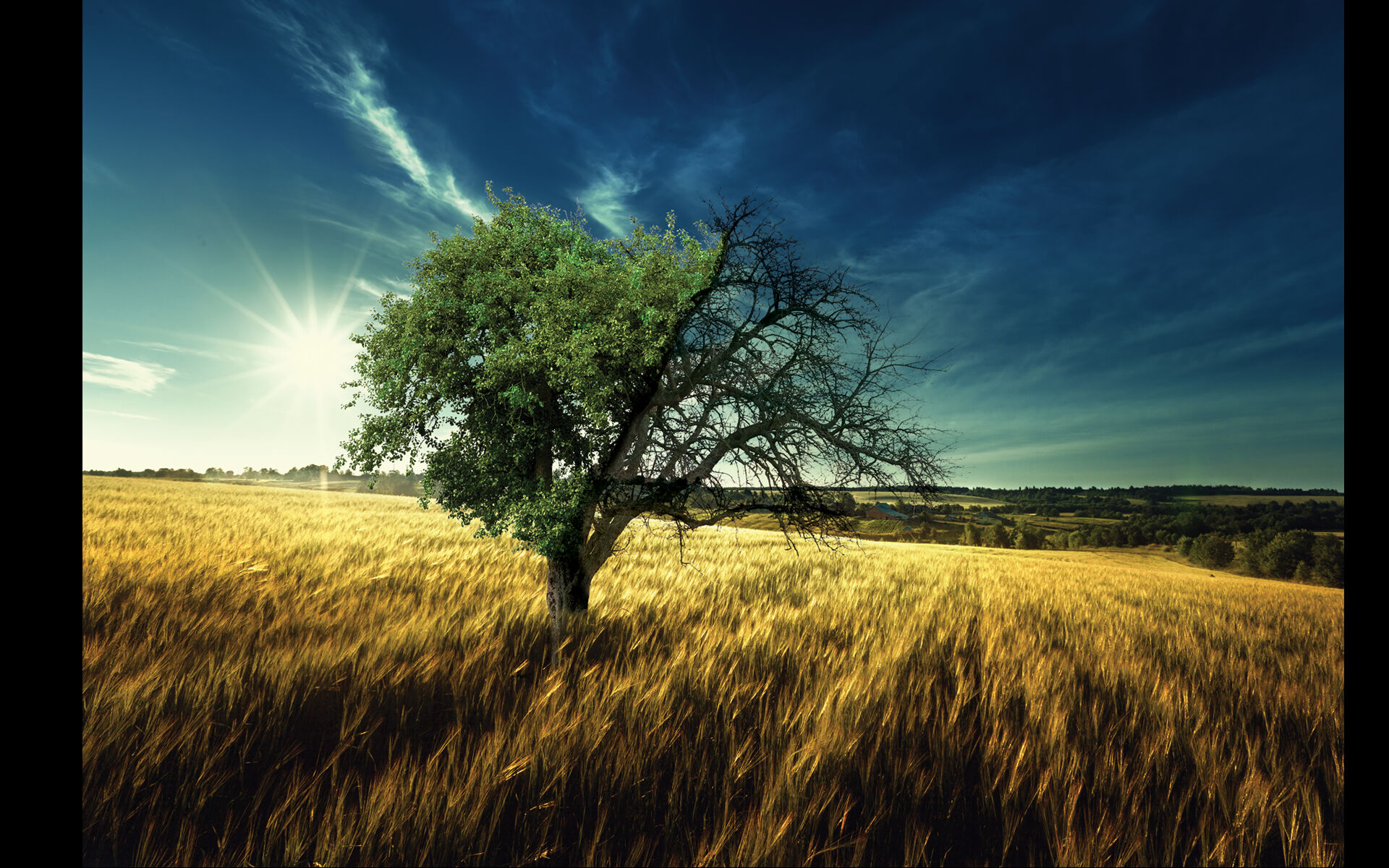 The spirit constitutes human's deepest otherworldly aspect, which is open to the heavenly realms. It is like a mysterious wing that helps one remain human while also extending to the realms further beyond this one. Realizing the peak of one’s human potential is a divine grace promised when that wing is alive and spiritually alert. Its paralysis, however, means paralysis of the anatomical system of the human spirit; we briefly refer to this as the “poisoning of spirit.”

Treating the poisoning of spirit is rather difficult, and in some cases, it is nearly impossible, for most of the time one does not feel aches and pains. The person does not wish to visit a physician for it. Therefore, such a person is almost like the dead, at least in terms of liveliness of the heart and spirit. Worst of all, they fail to realize the gravity of the issue. In spite of undergoing deformations in their inner world, the person further degrades their spirit, failing to see the dark end that awaits. One fails to see the true nature of things, for they are being poisoned in spirit and experiencing a blindness of insight. As for what such a person claims to see, they cannot make sense of what underlies them. How can they make sense while their system of cognition is paralyzed? While their spiritual anatomy is broken? While their reasoning and judgment fail to function? Consequently, they fail to soundly judge what happens, to tell right from wrong, for the poison incapacitates their abilities of cognition and discernment. They see poison as an antidote, and like one attempting to quench thirst with sea water, they burn further as they drink and continue to drink as they burn.

Factors that poison a human’s spirit are too many to count. Even only one of these bears the potential to make one lose their human character. When a few of them are found together, it becomes an incurable disease. The primary of these diseases are arrogance, pride, boastfulness, seeking fame, passion for authority, desire for applause and appreciation, ambition for amassing wealth, captivity to the carnal soul and its fancies, weakness for selfish interests, and the insolence of being nouveau riche. Due to their egotism, ostentation, spoiled behaviors, and arrogance, those who are prone to these diseases behave so erratic that they drift toward a waterfall of egocentrism. Unless graced with a Providential help, they will not reach the safest coasts or most convenient ports. Instead, they end up in the whirlpools where Nimrod, the pharaohs, and their likes perished.  They fail to foresee and sense the disastrous end, and the fact that they will be remembered as an accursed one.

Impoverished in thought, poisoned in spirit, and paralyzed in reasoning and judgment, such persons lead a life under the influence of animal pleasures and the drives of carnal desires; deviants who substituted worldly pomp for the feeling of righteousness. They are blind, deaf, and heartless who have preferred transient enjoyments to the eternal bliss of the Hereafter and good pleasure of God. They are senseless ones who fail to see tomorrows, under the impulses of their animal passions. A relevant verse describes such a person as one enchanted with passionate love for women, children, (hoarded) treasures of gold and silver, branded horses—and their contemporary counterparts—armored luxury cars and further worldly pomp and splendor. Under the influence of such mean things, they become unable to see the dizzying enjoyments of the Hereafter and the blissful end promised by God.

If the vitriolic areas of one’s spiritual life are vulnerable to material and carnal desires, such a person’s conscience will inevitably perish. When this most important system, which is supposed to flourish with God-consciousness and the ensuing awe, is paralyzed, such persons cannot make sense of themselves and cannot understand the immense purpose behind the blessing of being created with the best of stature. They cannot see the dizzying human anatomy as an index of all realms and forms of existence. They cannot correctly determine their place vis-a-vis phenomena. They are sometimes even taken by the whirlpool of causality and start humming tunes of naturalism philosophy. Sometimes, under the influence of impossible theories, they sing of materialism. And sometimes they take on a guise of religiosity, which is actually in conflict with the spirit of true religion. They outwardly project as believer; In my opinion, this presents a hypocritical form of behavior, one more dangerous than any other deviation.

A poisoned spirit continually goes through interwoven miseries and sufferings. The person is always restless with apprehensions of losing what they have obtained. With the ambitions of retaining what is in hand and also adding new things, this person runs from one worldly objective to the next. And from time to time, they are delirious with delusions of immortality. When their mind trips over impossibilities, then they begin to wheeze with fear of death. And in almost all of these episodes of thought, or rather delirious processes, they feel surrounded from all sides by multi-layered darkness. The situation of such a person resembles that of the unfortunate one depicted by the Qur’an. In terms of feelings and thoughts, their state is, “...like veils of darkness covering up an abysmal sea down into its depths, covered up by a billow, above which is a billow, above which is a cloud: veils of darkness piled one upon another, so that when he stretches out his hand, he can hardly see it...” (Nur 24:40).

This is how they always see the general atmosphere. With successions of grievous nightmares, they feel as if in an abyss of Hell. Such a person, who poisoned and paralyzed their spirit with vices of worldliness, resembles an inexperienced hunter out in the forest. While seeking preys, they shake with the fear of being prey to others and seek comfort by yelling and shouting. In fact, they are already hunted by their emotions and caprices but are not aware of that. Their doors are shut with respect to metaphysical realms. They neither understand anything from the depths within human nature, nor do they feel the harmonious tunes of the five hundred billion galaxies and billions of constellations in space. Since they extinguished a brilliant torch shining within, the splendid order and poetic beauty of phenomena, the All-Encompassing knowledge, overwhelming power, and the manifest Divine will underlying all things, are meaningless to them. And in this spiral of absences, a cycle of nothingness goes on and on. So, by poisoning their soul, they also paralyze their mechanisms of seeing, hearing, and assessing. The Qur'an depicts such people with its exquisite style as follows: “They have hearts with which they do not seek the essence of matters to grasp the truth, and they have eyes with which they do not see, and they have ears with which they do not hear. They are like cattle (following only their instincts) – rather, even more astray...” (Araf 7:179).

From past to present, there have been many people of this type. In the future, also, there will be such devilish figures. On the other hand, there will be those with lustrous faces who take their physicality under control, who overcome their animal side and become oriented to the life of the heart and spirit. They have always been there and will always be here. What falls to us in this case is letting our shadow remain behind us, walking on the Divine path with sincerity, seeking to gain God’s good pleasure, and yearning for reuniting with Him. For it is an unchanging Divine principle that care engenders care. Muhammed Lütfi Effendi voices this fact so beautifully:

If You truly love the Lord, do you think He will not love you?
If you seek His good pleasure, will He not let you attain it?
If your tears turn to a stream, if you cry like Job did
If your heart truly grieves, will He not show any sympathy?

May God Almighty bless us with that special blessing, as a grace out of His Providence.