Finding Faith in Difficult Times: Ten thinkers on the writings of Said Nursi 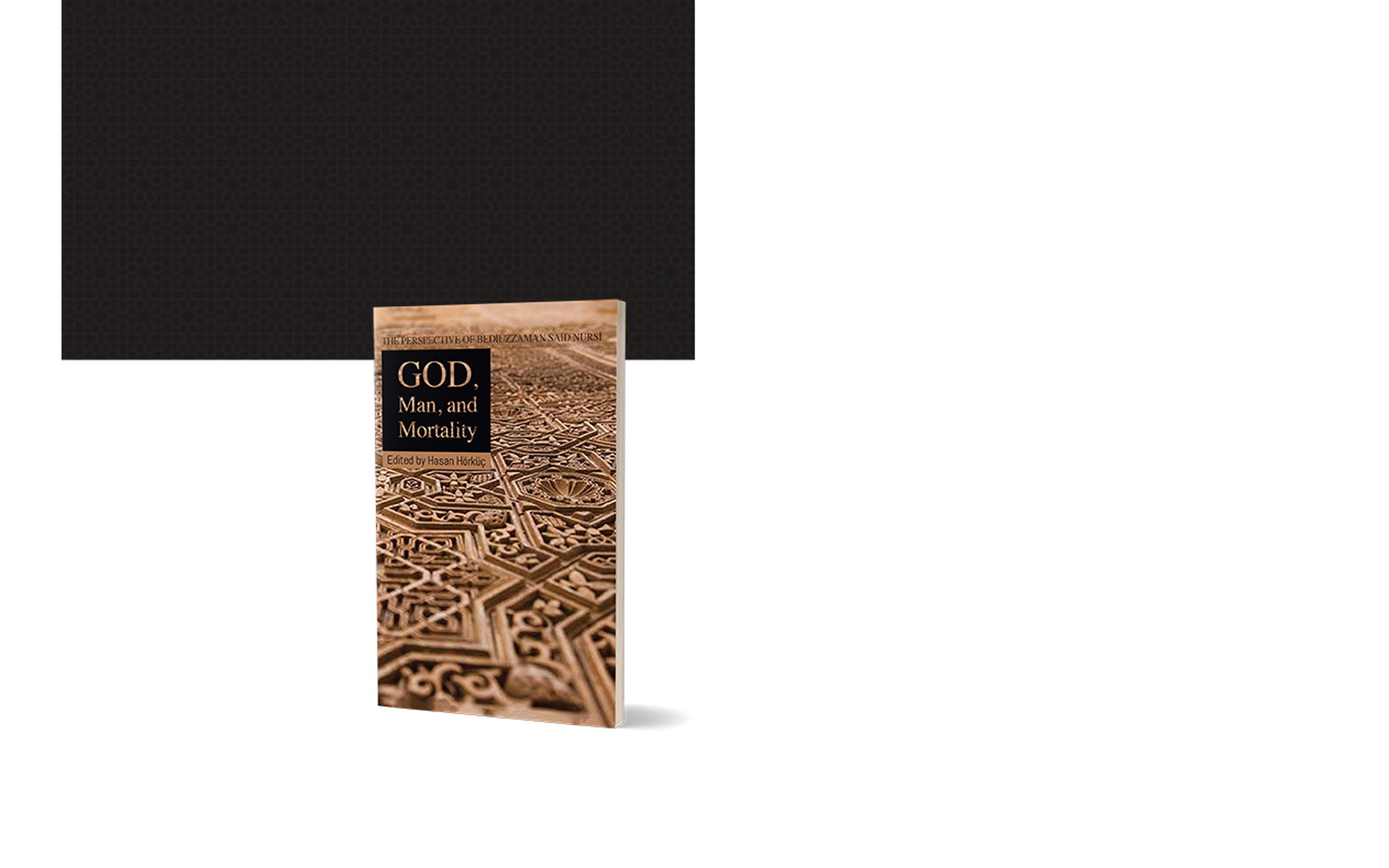 Many western readers are unfamiliar with Bediüzzaman Said Nursi, an Islamic scholar who wrote mostly in the first half of the twentieth century. Those few who are familiar with Nursi – who know that he was routinely persecuted by the nascent government of the Turkish republic or that he inspired hundreds of students – are likely unfamiliar with his writings and ideas. His Qur’anic commentary, the Risale-i Nur, is more than 6000 pages long, and his readers have generally been reserved to their own reading circles.

Thankfully, there is a (relatively) new collection of essays out. Titled God, Man, and Mortality: The Perspective of Bediüzzaman Said Nursi, the book serves as a convenient jumping off point for Western readers who know little or nothing about Nursi’s ideas.

As is natural in a collection about a thinker as complex and voluminous as Nursi, the essays themselves vary in tone, style, approach, and – yes – quality. The first essay in the collection, by Bilal Kuşpınar, is not one of the most scholarly or incisive pieces, but it serves as a good introduction to Nursi’s ideas and the Risale. It summarizes Nursi’s views on human conscience, which is foundational knowledge for the rest of the essays in the collection: “Nursi believes that ‘the conscience is a kind of metaphysical entity or spiritual faculty inherent in every human being.’” Later, Kuşpınar writes, “Nursi intends to show that man, by virtue of his conscience, can establish communion with the world of the Unseen, provided that the conscience remains unadulterated and uninfluenced.”

Of the former, the standout is “Man as Vicegerent of the Earth: How New Is Said Nursi’s Intepretation?” by Şükran Vahide. Vahide explores how Nursi viewed man’s role in the Universe, as outlined by the Qur’an:

Similarly to other beings, man is thus an official with duties; it is only by virtue of the wealth of his faculties and the comprehensiveness of his disposition that he has been made vicegerent of the earth, and the obligations and functions that it entails have been made incumbent on him.

Vahide does an impressive job of placing Nursi within the proper historical and intellectual context. She illuminates where Nursi’s thinking was drawn from historical sources and where it diverged. To wit:

As was noted above, the present author has not found to date any other commentator who links the teaching of the [divine] names and the vicegerency with the miracles of the Prophets and mankind’s civilizational progress. The whole ethos of this interpretation, based on such notions as civilization, science, and material progress, is clearly modernist and has its roots in nineteenth-century European thought.

Vahide examines Nursi’s place within classical and modernist Islamic thought, but perhaps most fascinating is her study of Nursi’s place within Sufi thought. The movement Nursi inspired has always been difficult to define, but many have thoughtlessly labeled him and his students Sufis. Nursi himself disagreed with this assessment: “Nursi was adamant that he was not involved in Sufism … indeed, he argued that Sufism was inappropriate for the modern age since it was ill-equipped to reply to the intellectual assaults of materialism.”

Among the other more “scholarly” essays Kerim Balcı’s piece, “Agents of Human Spirituality: Dominical Subtle Faculties of Man According to Said Nursi” is another deeply researched text that draws on classical Islamic thinkers to assess Nursi’s ideas. Balcı explores humanity’s Ten Subtle Faculties, as enumerated by Nursi in his Risale. Balcı digs into not just the Sufi roots of Nursi’s ideas, but also their roots in Greek and even Hindu sciences and philosophies. It’s the most complex essay in a collection of thoughtful, complicated pieces.

Zeki Sarıtoprak’s “Nursi on the Problem of Theodicy” is a fascinating examination of the question of evil. Can evil be reconciled with “the Most Just God”? Once again, the author studies Nursi’s ideas alongside those of his historical peers. It’s a fascinating essay about a question that has vexed philosophers and thinkers for millennia. As Sarıtoprak shows, the question is less troubling for Sunni Islamic thinkers than it has been for Westerners. Nursi himself said, “In everything, even in the things that appear as the ugliest, there is an aspect of real beauty.” Echoing this, Sarıtoprak writes, “There is an overwhelming concept of justice in this world, but in the Islamic understanding this world and the other world complement each other. So, if something is not finished in this world it does not mean that there is no justice.”

From among the second category of articles, two were most intriguing. Mahsheed Ansari writes about Millennials’ (or Generation Y’s) struggle with mortality and faith. In his estimation, Millennials (of which this reviewer is one), “are often characterized as being ‘demanding, impatient and bad at communicating’ – a generation of ‘individuals’ who are mostly self-driven.” As she later writes, they are defined by “‘individualism’ that pervades contemporary Western culture.”

Ansari’s essay is equal parts fascinating and infuriating. She’s not wrong that many Westerners live an “excessively material lifestyle” or that traditional religious faith is on the decline. She makes the valid point that materialist philosophy has left many people feeling adrift and without meaning. This sense of meaninglessness has also resulted in higher incidences of self-harm, suicide, and drug abuse.

What one may call a broad generalization in Ansari's essay is that for her many Westerners “now deal more with machinery and technology than with humans,” which is true. But it’s also true that there are humans behind every piece of machinery and technology we use. More often than not, people are using their cell phones or computers to connect with other people. They may be an imperfect medium, but the communities and bonds they build are real.

Another generalization in this essay is about Millennials. When looking at consumption and voting habits, it is baby boomers, not Millennials, who are excessively individualistic and materialistic. Part of Millennials sense of despair is at having to live in a world that has been desiccated by Boomers’ selfish rates of consumption.

Ansari obviously has a dog in this fight, though: she believes people are afraid of dying and, without faith in God, will never find meaning. As she writes, a person “wants, seeks, and yearns

for eternity, but the reality of his mortality and the inevitability of death bring pain and no fulfillment to his essence and core.” The answer, Ansari posits, drawing on Nursi, “is a firm belief in the ‘Eternal Existent Being.’” Augmenting this argument with statistics – say, lower rates of suicide and substance abuse in religious communities – could have been very useful. But it’s an argument delivered in good faith, and it’s certainly true that many Millennials are searching for the greater sense of community and selflessness that faith and religious communities provide.

In “Sincerity and Wisdom in the Fully Human Person: Ikhlas in the Risale-i Nur,” Father Thomas Michel outlines Nursi’s Nine Rules for Conduct among believers in the same community. These rules were intended to eliminate rivalry and jealousy, which Nursi had observed in his own students. As Michel writes, “Nursi’s point is that differing points of view need not cause division, factions, and enmity within the community.”

Michel writes in an engaging, personal tone. He extends Nursi’s rules to the Christian community and also to dialogue between Christians and Muslims. Knowing Michel to be an all-embracing person of peace, it’s only logical to extend these rules of conduct to people of other faith traditions, too. In such troubled times, one would hope that people of faith understand the need for unity with all people of good conscience, assuming their decency is genuinely held. A person need not believe in Christ or follow Muhammad’s example to live by Prophetic values. Conversely, there is plenty of evidence in today’s world of people who claim faith in God – faith that is, in many cases, sincerely held – who disgrace the good name of Christians and Muslims the world over.

Michel ends by quoting James: “But the wisdom from above is first of all pure, then peaceable, gentle, compliant, full of mercy and good fruits, impartial and sincere.” The challenge for believers – and non-believers – in today’s world is to go beyond identities and instead form bonds based on shared goals and sincerity. Muslims, Christians, Buddhists, and Atheists alike are concerned about the environment, about justice, and about violence. They should be able to work with each other to solve these problems. In fact, they must.

God, Man, and Mortality is the kind of essay collection that poses intractable questions. In the writings of Said Nursi, the book’s authors seek to answer some of the most vexing problems facing the contemporary world. And though they do not always find the answers, in Nursi’s timeless wisdom, they often finds the beginnings of the answers – the roots from which a healthy tree might someday grow. They’ve done a great service by introducing Western audiences to Nursi’s ideas in an accessible, well-researched collection.