How Is Baby Affected If The Parents’ Blood Types Do Not Match? 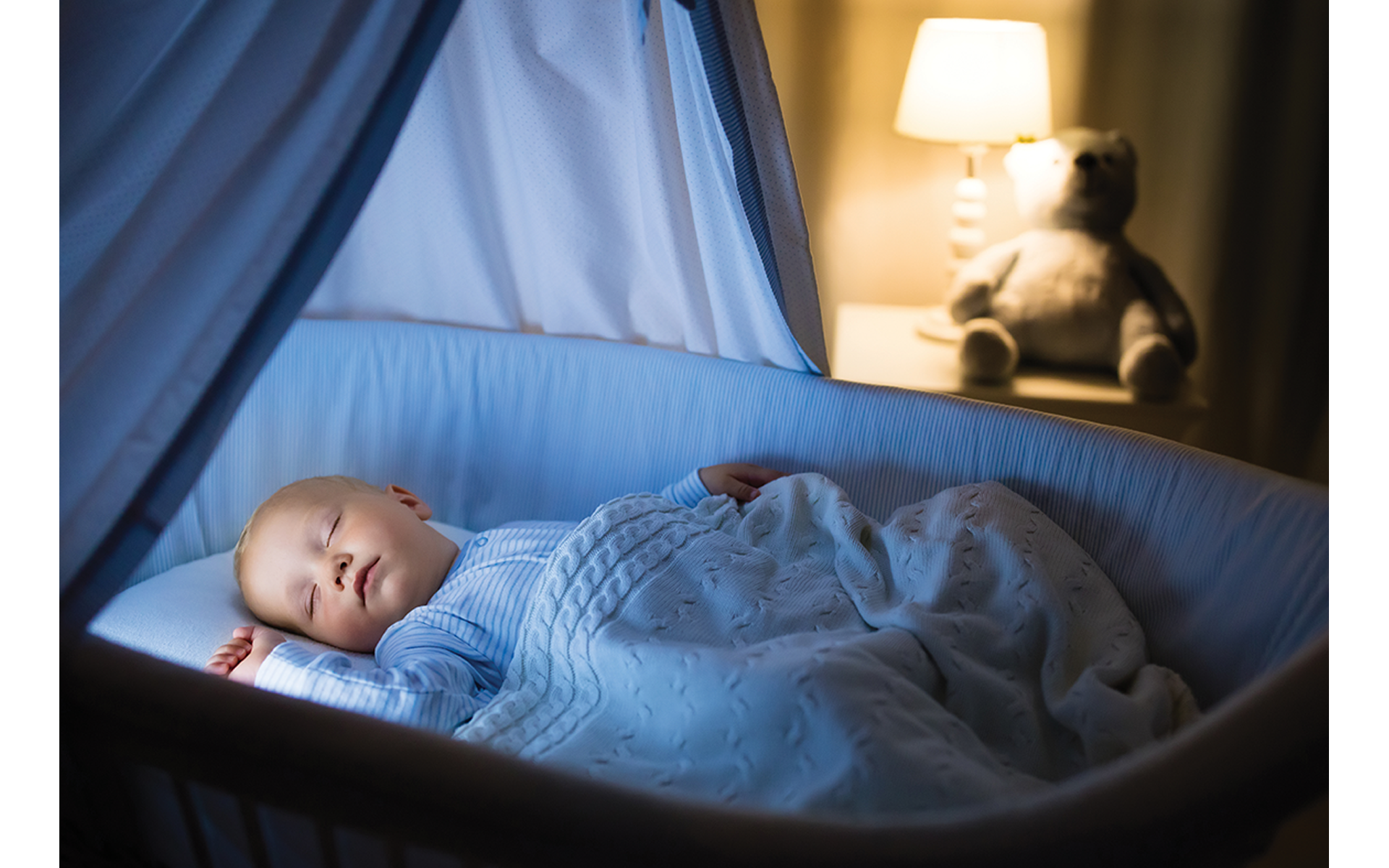 Your blood type is one of the least important matters in your life unless you are in a medical situation where blood transfusion is needed. It also matters when you decide to have a baby. This is when your doctor says, “Let’s see what your blood tells us about your pregnancy and child.” Incompatibility of parents’ blood types may be a cause for some health problems in the baby which are serious but not without cure.

Identifying a blood type is a simple procedure. A, B, and O are the three blood antigens – immune proteins. These antigens compose the four main blood types by making different combinations: A, B, AB, and O. Rhesus (D antigen) is also another factor that goes along with typing. The D antigen is basically another inherited immune protein in our blood and is used for further classification of blood types. It is categorized as Rh positive for people who have D antigen, and Rh negative for people without it. The prevalence of the D antigen differs among populations: Caucasians 15%, African Americans 8%, and East Asian populations less than 1%. The difference among populations is again due to inheritance.

Some races and ethnicities have a higher percentage of certain blood types presumably for protection from diseases endemic in their area. A good example of this would be the lack of the Duffy blood type in some malaria endemic areas of Africa which is considered to be the reason for “a distinct survival advantage.” The “absence of the Duffy antigen provides a measure of protection against malaria. The percentage of people lacking the Duffy antigen is much higher in these locations than in areas not endemic for malaria” (Scientific American).

D antigen exists in both females and males but it is especially important in pregnant females. Naturally, D negative people don’t make antibodies to attack D antigen. The person has to encounter Rh (D) positive blood in order to start producing anti-D antibodies. Bleeding during labor is the main reason for the Rh (-) mother to start making antibodies. Even small amounts of Rh (+) blood from the fetus can flame the process. Therefore, it is important to consider the possibility of a fetus being Rh (+). If the dad is Rh (-), the fetus will be Rh (-), and there will be no issues regarding anti-D production in the mother. If the dad is Rh (+) there is still a small possibility that fetus may be Rh (-), yet there is no way to predict it. So, if the mother is Rh (-) and father is Rh (+), medical professionals take precautions to prevent the mother from making anti-D antibodies.

What is the problem if the mother makes anti-D? Most of the time it is the mixing of the fetus’ blood with the mother’s blood during labor that starts antibody production, the first baby is not affected. Once sensitized, it takes approximately one month for Rh antibodies in the maternal circulation to equilibrate in the fetal circulation and therefore the upcoming pregnancies carry the risk of the destruction of the baby’s red blood cells (RBCs). Destruction of the RBCs is called hemolysis, and the disease caused by destruction of fetal RBCs is the hemolytic disease of the fetus and newborn (HDFN).

An untreated pregnancy may have up to a 16% risk of future fetuses developing HDFN for the next pregnancies. The sensitization process is as follows: sensitized Rh antibodies of the mother cross the placenta and find Rh spots on fetal RBCs. They then coat them and, in a way, trigger the destruction. The more RBCs are destroyed, the more the hemoglobin of the fetus drops, trying to compensate for the loss. RBC production at the bone marrow, spleen, liver, and some other sites is increased. As the fetal anemia becomes severe, less oxygen is carried in the blood so tissues start showing signs of hypoxia (lack of oxygen). Damage caused by hypoxia leads to fluid accumulation in various spaces and the deadly condition called hydrops fetalis occurs. It is basically the swelling of the baby due to the reasons mentioned above.

Whether a primary immune response occurs depends upon several factors besides the volume of fetal blood to which the mother was exposed. These variables include the frequency of fetomaternal transfusion and whether the mother and fetus are ABO compatible. Both the immunogenicity of the fetal RBCs and the immunogenic response capacity of the mother play a role in the development of the condition. Interestingly, some patients, like those with AIDS, may not form Anti-Ds. In addition, the incidence of Rh incompatibility in the Rh-negative mother who is also ABO incompatible (the mother has different ABO blood type than the father) is reduced dramatically to 1-2% and is believed to occur because the mother's serum contains antibodies against the ABO blood group of the fetus. The few fetal red blood cells that are mixed with the maternal circulation are destroyed due to ABO difference before Rh sensitization can proceed to a significant extent.

Let’s emphasize one point before proceeding further: Anti-D production can be important in anyone who needs blood transfusions for certain diseases. Yet, we can choose which blood to give to the patient and obviously prefer the most compatible blood we have available. The problem arising in pregnant patients is due to the fact that we have no control over baby’s blood type, and the mother’s body can identify the baby as a foreign object at any time during pregnancy. The whole purpose of identification and treatment is to make the incompatible baby unseen by the fighting cells of the mother.

Screening and prevention of anti-D production

Every pregnant woman is screened for blood type and antibody titers at the beginning of pregnancy. If she is Rh (-) as mentioned above, she gets a second screening at 28 weeks to measure the titers of anti-D. If the titer is low, she gets an intramuscular shot called Rh immunoglobulin (RhIg) which is, interestingly, anti-D itself. Some theories suggest that it coats the fetus’ red blood cells and shields it from the mother’s immune system; yet none of these theories is proven. We still don’t know how giving the anti-D from an outside source keeps the mother’s immune system from producing its own anti-D antibodies that actually cause the hemolysis.

RhIg is produced from Rh (-) males and post-menopausal females. These donors are purposefully injected with Rh (+) blood and then measured for anti-D antibody production. The ones that have enough anti-D in their blood are harvested regularly to collect immunoglobulins that contain anti-D.

When harvesting is done, not only are anti-D immunoglobulins collected but also some others, too. That is why the RhIg might cause some side effects and allergic reactions and must be given under doctor’s control.

A second RhIg shot is done within 72 hours of birth. If the routine guidelines are followed and RhIg shots are properly administered, there is less than a 0.1% possibility of seeing the disease in the following pregnancies.

Prevention of hemolysis in the situation of anti-D antibody presence

At the 28 weeks’ screening, if the titer is high, it implies that the woman has already encountered Rh (+) blood at some stage of her life, possibly in a previous pregnancy. Then comes the hard part of preventing the fetus from developing the disease.

The first step is trying to diagnose if the fetus is Rh (+). An Rh (-) fetus will not need any more testing or follow-up. Paternal blood type can be used to estimate the likelihood of the fetus’ blood type, yet misattributed paternity issues make it difficult for clinicians to trust on the typing results of the father. Therefore, more tests are usually done to confirm the fetus’ Rh status rather than solely trusting on the father’s Rh type.

The most common method used for Rh typing of a fetus is cell free DNA testing (cfDNA). Cells of the fetus can be detected in the mother’s blood as early as 38 days of gestation. Usually maternal plasma is sampled at 10 weeks and reverse transcriptase PCR is used to get the fetal Rh status from the DNA.

CfDNA is routinely done to every pregnant patient, at least in some European countries. But in the USA, it depends on the patient’s wishes and is not under routine prenatal care.

If it is not possible to perform cfDNA, an aminocentesis (getting a sample of the baby’s amnion fluid) is the second option. Nevertheless, it is associated with comparably high risk of losing the pregnancy, so it is reserved for high titer, high risk pregnancies.

Serial titers are done to predict the disease. If the pattern shows an increase and reaches a critical titer, then the pregnancy becomes more of a high-risk pregnancy, one complicated by severe anemia.

If the fetus is at risk of severe anemia, a Doppler study must be done to assess middle cerebral artery (MCA) blood flow. As the anemia increases, peak systolic velocity (PSV) increases. When MCA-PSV indicates high risk, fetal hemoglobin levels must be measured by taking blood from the umbilical cord (the cord between fetus and mother) to determine the degree of anemia. If the criteria for severe anemia are met, the fetus is transfused with RBCs. The transfusion is usually done between 18 and 35 weeks. Before 18 weeks, the fetus is too small, and after 35 weeks, the fetus is just too big. Hemoglobin tests are repeated every two weeks until the baby is delivered.

More research on the way

Let’s mention this incredible fact again in case you missed it: what hurts the baby is Anti-D antibodies made by the mother. What we give to the mother to prevent this disaster is the Anti-D antibody (RhIg) made by some unknown donor. When the mother does it herself, the fetus gets harmed; when it is given from an outside source, it protects the fetus. Despite all the research, we still have no idea how this miracle works. Yet more studies are on the way to enlighten us on how RhIg functions.

Routine prenatal care is essential in screening and prevention of HDFN. Simple tests and treatments can easily lower the possibility of acquiring the condition. Each subsequent pregnancy after the first affected pregnancy is likely to find the fetus suffering from more severe hemolytic disease, and at an earlier gestational age. For this reason, pregnant women must consent to screening and receiving RhIg. Any type of bleeding must be reported to the doctor immediately.

Your blood type doesn’t affect you from having healthy babies. Just a little bit of awareness and taking the appropriate precautions recommended by your doctor can lead you to the happy ending of a 9-month journey.