Talwin and Tamkin (Coloring and Self-Possession) 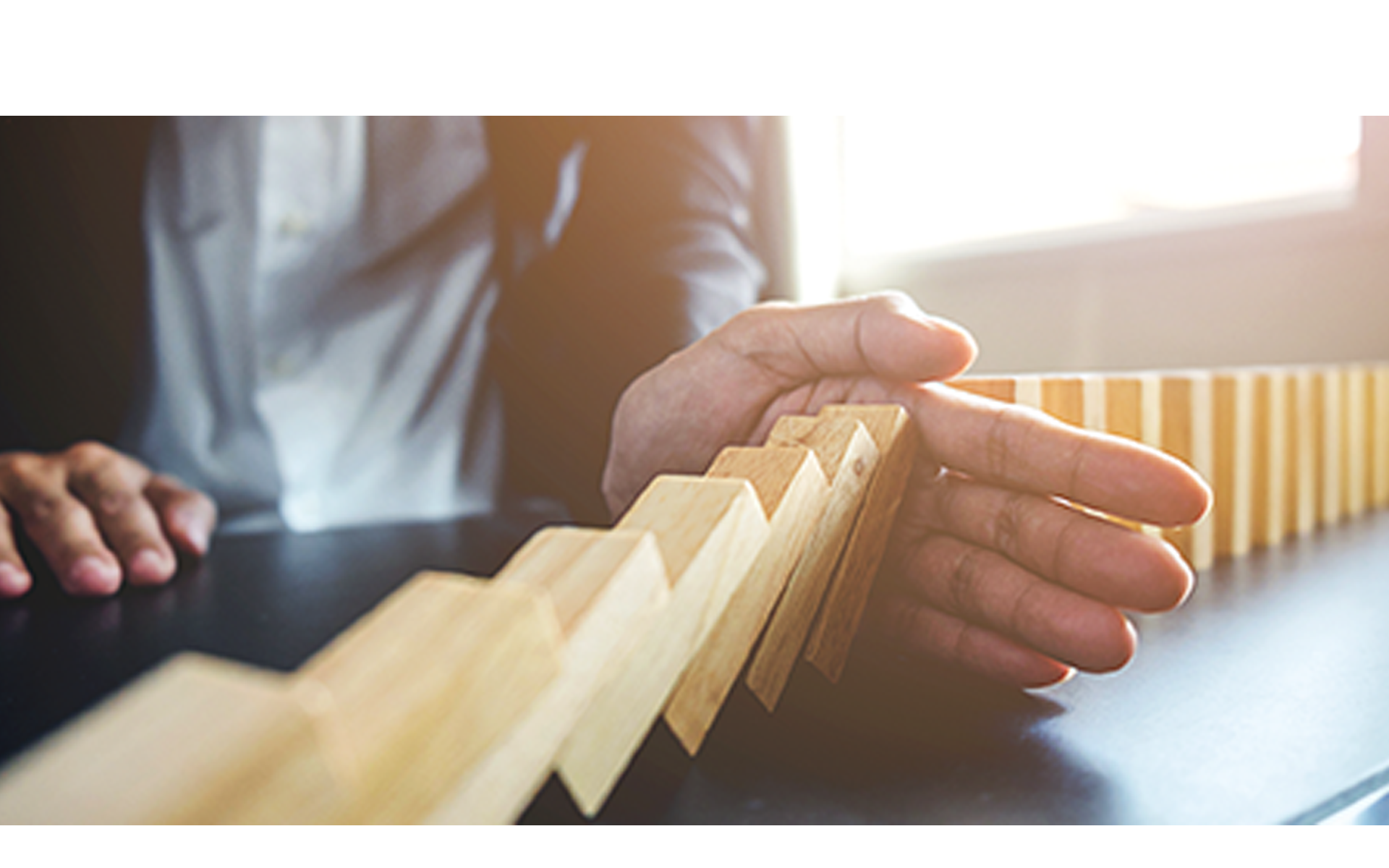 Meaning coloring, taking on a color, painting, and presenting different views, talwin (coloring) in the Sufi language is an important degree belonging to those who continuously seek to change their states for higher ones and to gain stability in the ranks they reach during their journey through actions in pursuit of God’s good pleasure.

If coloring is, as asserted by some, the presentation of ever- different views by continuously changing states, then those who are in this state are still in the initial stages of the journey, with- out having yet reached the horizon they are aiming for and with- out having attained peace or rest in their hearts. They are at the beginning of the journey and enveloped by time. If, on the other hand, they can feel or sometimes find themselves in the final stage of the journey, and their changing of states and the lags in time occur as stated in the verse (18:19), “We have stayed a day, or part of a day,” then, by means of their intention, will-power and resolution, they will fly from one step or rank to another. As they never avert their eyes from the goal on which they have set their hearts, and since they always keep company with Him in their souls and emotions, they will not even be aware of the fact that they advance, though sometimes they linger. By removing with intention and far-sightedness the shortcomings that are caused by instances of indecision or changes that arise from being in a state, they will be safe from displaying changes of colors, especially in moments when they are satisfied with the charm and magnificence of the goal. In addition, if the superb performance they display during their journey is favored with gifts, granted in advance, bearing the colors of the goal, even their temporary halts will serve as a means of gaining stability. The different colors they take on, or the different views they present may be regarded as self-possession, by virtue of the goal for which they are heading. For this reason, we can say that the travelers at this degree breathe self-possession in their coloring; coloring in this sense is a Divine imprint and even a Divine Act. Any Divine work or imprint or Act cannot be defective, for the Almighty is perfect in all His Attributes, Names, Acts, and works. The verse (55:29), “In every moment He is in a different, new manifestation (beyond all conceptions of modality)” refers to this truth.

Leading scholars in Islamic Sufism have dealt with coloring in two categories:

The first is the coloring which is witnessed at the beginning of the spiritual journey and which is still not free from the influence of the carnal soul and desires, which may be risky and deceptive for the initiates, leading them to make groundless claims like, for example, being the Mahdi[1] or the Messiah.

The second is the coloring which is praised by God, and comes on the wavelength of truth and guidance, and in response to acknowledgment of helplessness and poverty before God and thankfulness and reflection. It is accompanied by contentment, and has a potential for the traveler to reach the desired goal. In addition, it opens the way to further colorings, which can function as steps of future self-possession. Such coloring rarely deceives and does not cause the traveler to make groundless claims nor to utter words that are incompatible with the rules of Shari‘a and self-possession. Although it is apparently as charming and splendid as the former, this coloring is free from the influence of the carnal soul and desires, because A wind may blow away a piece of straw but how can it blow away a mountain? (That is, an initiate who has reached this degree of coloring is like a mountain deeply established in the ground of religion and cannot be blown away by the wind of carnal desires and groundless claims.)

The author of Mizanu’l-‘Irfan[2]  expresses the same truth in a beautiful style:

He feels constant worries on a slippery ground, while crossing distances without stopping at all. He advances forward from one attribute to another, being promoted from one rank to the other.
....
Every moment he changes states,
with his feet in a different realm every day. He always takes steps toward higher stations, presenting a new view, taking on a new color.
This is how one advances to perfection.
This is the state of one who experiences coloring.

Self-possession is the opposite of wavering and instability, and denotes steadfastness, dignity, solemnity, and contentment. The leading scholars of Sufism see self-possession as deepening in straightforwardness and gaining stability to attain contentment and peacefulness. Whether at the beginning or the end of the journey, seekers with self-possession who aim at the horizon of resignation always feel the beauty of their end and the joy to come at meeting with the All-Beloved. They are even unaware of being elevated from one state and station to another.

Travelers to the Ultimate Truth take on colors at the beginning of their journey as an indispensable characteristic of state. For they always see, hear and feel different things while crossing the long distances from the Names to Him Who is called by the Names and the Attributes and Him Who is qualified by the Attributes, and from state to station. Since what they see, hear and feel has a certain kind and degree of influence on their being, their manners display coloring; this is bound to continue until the travelers reach their goal. When finally the truth of “subsistence or permanence with God” manifests itself on the horizon of “self- annihilation in God,” the coloring gives up its place to self-possession. The author of Mizanu’l-'Irfan describes this occurrence:

When a man of God attains his goal,
God announces to him, “Return to your Lord...!”  When he has reached the Ka‘ba of the goal,
and the way ended in the All-Exalted, All-Desired One; this is the self-possession gained on the Sufi way,
in which the excellent have attained excellence.

Self-possession is a few steps above contentment and denotes stability and composure which requires the greatest patience and resolution, as it is referred to in (30:60): Let not those who have not attained certainty lead you to unsteadiness.

Those at the beginning of the journey can attain self-possession through  sincere  intention,  extremely  strong  will-power,  and  true knowledge that comes from its true source and the guidance of a perfect guide. They must make the attainment of the good pleasure of God their goal on the journey, they must be equipped with a strict religious life according to the Ahlu’s-Sunna wa’l-Jama‘a[3] (or the way of the Messenger and his Companions), and travel guided by the master of the creatures, upon him be peace and blessings. In other words, the goal must be God, the equipment, a careful life in strict accordance with His commandments, and the way, the Straight Path which is free from all kinds of excessiveness.

The self-possession of those who have dedicated themselves to God wholly should assign their hearts to God exclusively and keep them free from attachment to all else save Him in order to receive His gifts. Ibrahim Haqqi of Erzurum[4] stresses this, saying:

The heart is the home of God,
purify it of whatever is there other than Him;
so that the All-Merciful may descend into His palace at nights.

The self-possession of those favored with knowledge of God is that whatever they do they do it as if they were seeing God, and in whatever state they are they are in it as if they were seeing God; this is the highest point of excellence from where they see every- thing annihilated in God. They have reached this point where they are in constant self-supervision by realizing their “self-annihilation in God” and “permanence or subsistence by Him.” At this point, they are perfectly aware of the Source from which they receive gifts and always turn to that Source with deep yearning and wonder. They feel that they exist by His Existence and subsist by His being the Self-Subsisting (by Whom all subsist).  Following  the lights  diffused  by  the  perfect  guide  of  humanity,  upon  him  be peace and blessings, they claim neither the Unity of Being nor the Unity of the Witnessed, and keep within the sphere of the truth described in: It is incumbent upon you to follow my way (Sunna) and the way of my rightly guided and guiding successors.[5] With the conviction that their existence is solely from Him and they subsist because of His being the All-Subsisting, they feel well-established in existence and securely maintained, and acknowledge that permanent existence is possible by self-annihilation in His Existence. They submit to Him with all their being and say:

I have given up all existence for the sake of Your love, and orphaned my family so that I could see You.

O God! I ask You for resignation after any misfortune, and for a peaceful life after death, and for the pleasure of Your vision, and for zeal to meet with You. And bestow blessings and peace on our master Muhammad, the guide to the way of peace, and on his Family and Companions, noble and honored. Amen, O

[1] Al-Mahdi is the Muslim Messiah promised to come toward the end of time to revive the Islamic life. (Tr.)

[2] The author of Mizanu’l-’Irfan is Mustafa Fevzi ibn Nu‘man (1871–1925). He was from Erzincan, Turkey, and a follower of the Khalidiya branch of the Naqshbandiya Order. Izhar-i Haqiqat (“Manifesting the Truth”) is his another famous work. (Tr.)

[3] Ahlu’s-Sunna wa’l-Jama‘a is the overwhelming majority of the Muslims who follow the way of the Prophet and his Companions in belief and actions. (Tr.)

[4] Ibrahim Haqqi of Erzurum (1703–1780) was one of the most outstanding figures in the Ottoman Turkey of the 18th century. He lived in Erzurum and Siirt in the Eastern Turkey. He was a prolific, encyclopedic Sufi guide and writer, who wrote in many subjects such as Theology, Morality, Mathematics, Astronomy, and Medicine. His Ma‘rifatname (“The Book of Knowledge and Skills”) is very famous and still being widely read. (Tr.)