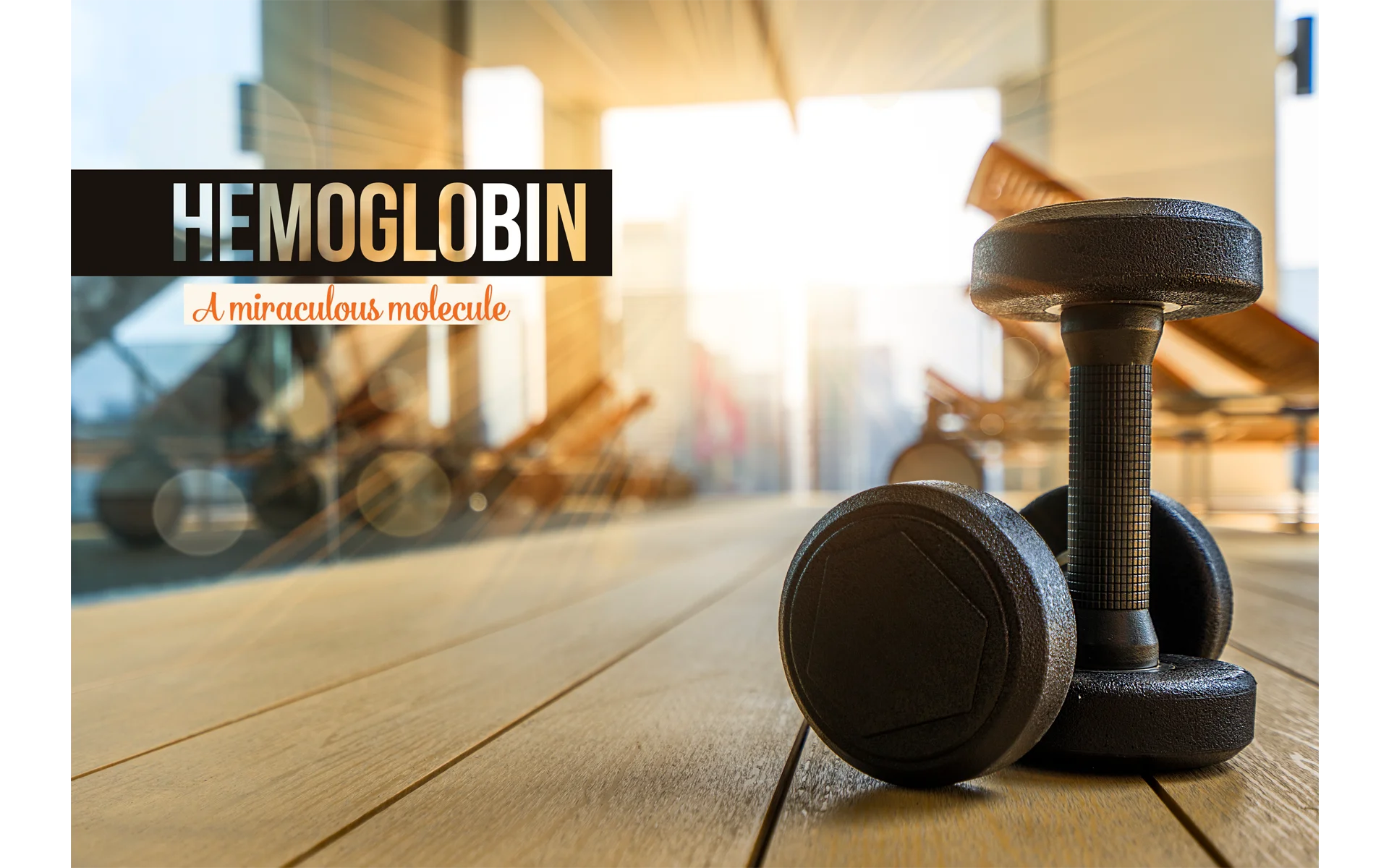 Do you know what hemoglobin does? You should, because it has been perfectly created to keep you alive!

Hemoglobin is one of the miraculous molecules in the human body. While its most important function is to carry oxygen in the blood, it also plays a role in maintaining the body’s acid-base balance. It also carries carbon monoxide in the blood, though to a much lesser amount than oxygen. Hemoglobin is not yet free to roam in the blood; it is carried in red blood cells, which act as hemoglobin sacs. Red blood cells have almost no other function but to carry hemoglobin. They lose all their organelles, including the nucleus, to be able to carry more hemoglobin – and hence, our oxygen.

Hemoglobin is produced in the bone marrow by combining the “hem” molecule with the “globin” molecule. The hem part is produced in the mitochondria of the red blood cell. Two succynil coenzyme “A”s and two glycine amino acids are combined to form pyrrole. Four pyrroles are then combined to form protoporphyrin, which is combined with the iron atom to produce the hem. Four hems are combined with four globins, a kind of protein, to produce one hemoglobin molecule. Since each hem has one iron atom, every hemoglobin has four iron atoms. And since an oxygen molecule binds with each iron atom, every hemoglobin can carry a total of four oxygen molecules – or eight oxygen atoms.

The makeup of hemoglobin along with its production steps is very complicated and it features a precise and intricate design.

Hemoglobin functions much like a truck that hauls oxygen. The blood circulates between the lungs and tissues thanks to the continuous work of the heart. As hemoglobin moves through the lungs it binds with oxygen and as it flows through tissues it releases the oxygen.

There are basically two kinds of hemoglobin. The first type is found in fetuses, and it is called fetal hemoglobin (Hb-F). The other is found in adult humans and is called adult hemoglobin (Hb-A). Before being born, the fetus gets oxygen from the mother’s womb. To get more oxygen from the mother, fetal hemoglobin is designed to bind more strongly with oxygen. One is tempted to ask: Because fetal hemoglobin binds so strongly with oxygen, will the fetus’ tissues not be deprived of oxygen? Yet there is no need to worry. Because there is less oxygen in fetuses than in adult humans, this different hemoglobin easily breaks free from the oxygen in the low-oxygen environment. After the baby is born, the body produces Hb-A instead of Hb-F because it starts to breathe through its own lungs.

Hemoglobin is charged with carrying 97% of the oxygen carried in the blood. 3% of the oxygen is carried in dissolved form in plasma. Because an increase in dissolved oxygen leads to oxygen poisoning, it is not desirable at all. If one breathes from a tube containing 100% oxygen instead of atmospheric air containing 80% nitrogen, the amount of dissolved oxygen in the blood increases, causing oxygen poisoning.

Hemoglobin is designed to store some oxygen, too. At rest, there is 20 ml of oxygen in the hemoglobin of 100 ml of arterial blood. Only 5 milliliters of this oxygen will be given to cells. The remaining 15 milliliters remains in the hemoglobin. In other words, not all oxygen in the hemoglobin is transferred to the body’s tissues. This is a security measure against possible risks. In the event that blood does not come from the lungs, this stored oxygen is used so that life can continue, though for a short time. The same situation is experienced when we do not breathe for a long time.

During exercise or work that requires physical effort, the amount of oxygen demanded by the body increases twenty-fold. The heart works faster as does circulatory system. Hemoglobin is supposed to get 20 times more oxygen from the lungs so that it can take 20 times more oxygen to the cells. Body temperature increases, too. Hemoglobin is designed to respond to all these changes. During exercise, hemoglobin starts to give almost all the oxygen to the tissues. When it gets back to the lungs, it is like an empty truck and can load more oxygen.

The exercising person breathes more deeply and quickly; thus, the lungs work faster, the heart pumps blood with greater force and speed, and the design of the hemoglobin is just good enough to carry more oxygen to the tissues.

Cellular metabolism speeds up when a person has an inflammatory disease. More oxygen is needed because the chemical reactions in cells gain speed. The body’s temperature increases; so, too, the amount of acids and carbon dioxide in the blood due to increase in metabolic rate. In addition, the amount of a very important molecule in the blood increases. This molecule is called diphosphoglycerate. It is charged with protecting the cell during inflammatory diseases and preventing cell death. Diphosphoglycerate coaxes hemoglobin to send more oxygen to the body’s tissues. As we can see, the body has been perfectly created to ensure it receives enough oxygen, even during illnesses!

The pH value of human blood is 7.4, on average. It is vital for cells that the pH of the blood remain stable. The regulation of the acid (H+) ion concentration in body fluids is called the acid-base balance. Little changes in H+ ions cause enormous changes in cellular chemical reactions. The regulation of the balance of H+ ions is therefore crucial for the body’s internal balance.

Hemoglobin plays an important role in the acid-base balance of blood. If strong acids find their way into the bloodstream because of certain diseases, hemoglobin help prevent an increase in the amount of acid (and a decrease in pH) by binding with the acid or carbon dioxide. A similar role is also true for times when the amount of base rises.

When we study hemoglobin and the chemical substances and reactions it is involved in, we can see that they are all arranged extremely precisely, and everything is in its proper place.