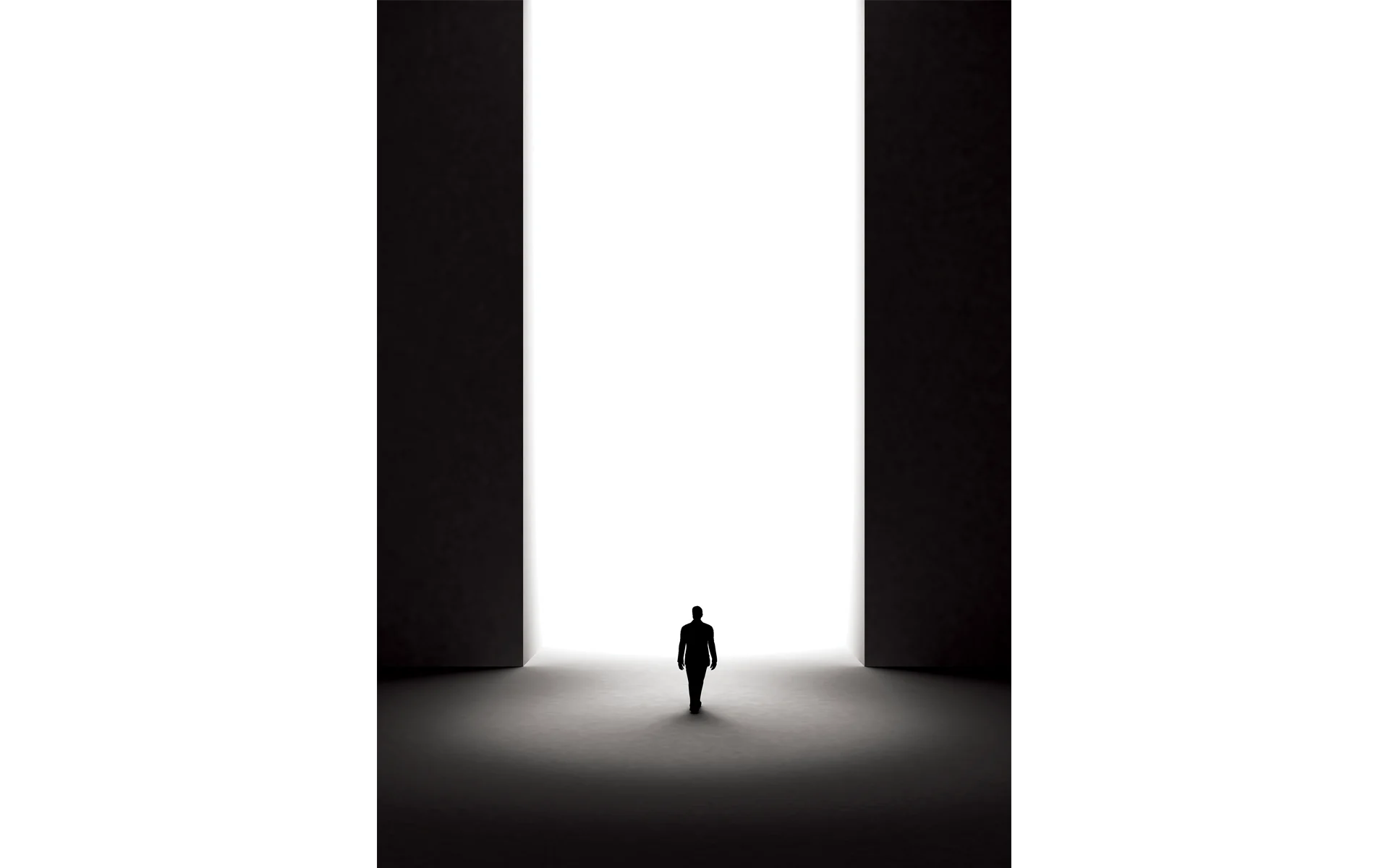 Mukashafa (derived from kashf, meaning discovering or unveiling) denotes that the Divine mysteries will be disclosed to those well-versed in the Divine truths when, by rising through a spiritual struggle, they are able to perceive and come to know the truths about the Divine Names and Attributes. Travelers to the Ultimate Truth who have attained this rank are regarded as having completed their journey in the Divine Names and Attributes, each according to their individual capacity, with the result that Divine mysteries begin to pour into the heart or spiritual intellect, which is the projection in humanity of the Divine Throne of Mercy. The veils before the pure spiritual realms are opened slightly to these people, and the truths that stand in front of and behind things are disclosed to them. This is called disclosure in the sense of gaining familiarity with the things unseen behind the veils. Disclosure is used to define familiarity with abstract truths and meanings which are by nature invisible, while the terms “witnessing” or “observation” is used to deal with beings.

Disclosure (whose Arabic origin—mukashafa—is in the form that suggests mutuality) implies that intimate friends disclose secrets to one another. The best example of this is that of the Messenger, called also Ahmad and Mahmud due to his being honored with God’s praise to the greatest degree, who attained the rank at which God revealed to him secrets of His Speech to a great extent (53:10).

God discloses some of His secrets to His friends who unburden themselves to Him. His friends talk to Him from their hearts and the One Who knows all the things hidden in creation showers the gems of His knowledge into their hearts. They rise to the horizon of recognizing their Lord with His All-Beautiful Names and All-Pure Attributes in proportion to this disclosure in order to be immersed in the lights of this recognition. The Absolute Hidden One removes the veil slightly from before the seeing of their hearts so that they can perceive the truth of light and He raises them to the peak of excellence or perfect goodness. Until reaching this horizon, every initiate can make a connection with the Realm of the Transcendental Manifestation of Divinity from behind veils. Whatever they see during their journey to that horizon, they see it as if from behind a smoky piece of glass and cannot clearly discern the manifestations of the Divine Names, Attributes and Essential Qualities. Even if they feel that they have discerned some things, it is but a mere illusion.

The veils between the travelers and the Ultimate Truth differ according to their relations with the Ultimate Truth. Just as being closed to the truth of the Names and Attributes is a veil, the heart’s turning to some object other than God is another veil. The interpretation of existence according to mere human philosophy is yet another veil. To search for a source of light other than the light of Muhammad, upon him be peace and blessings, is another veil. Moral deviations, such as jealousy, arrogance, conceit, ostentation and selfishness, and sins, which are regarded as steps toward misguidance and unbelief, are also veils in proportion to how great obstacles they are to discerning the truth. The traps laid by these veils are those arranged by the carnal soul, Satan, the world which relate to our carnal desires and lusts, our weak spots, and our human shortcomings. Each of these traps is deadly. When a person becomes entangled in these, all of his or her endeavors to rise in rank on the way to God are in vain and it is inevitable that he or she will suffer separation on the way to meeting with God.

The first step of disclosure for those who fulfill the requirements to travel on the way to God is a manifestation of knowledge of God, which the One eternally witnessed through His signs produces in their hearts. If they are steadfast on the way, they can advance as far as the final point, where they will be able to witness or observe Him in His signs. Nevertheless, such manifestations may not be constant and the way may sometimes be obscured, with the result that travelers may suffer setbacks. However, the desire to advance in their hearts never ceases; even if sometimes they feel dizzy and waver, they constantly endeavor to reach the goal with a desire that is insurmountable. It is heroism to follow the rules and requirements of the journey without falling into despair, and those who continue on the way heroically are favored with constant disclosure and advancement. They rise from the certainty that comes from knowledge to the certainty that comes from observation. If they are able to take two steps more forward, they are favored with the clearest disclosure supported by self-possession and wakefulness. If they are able to advance further, their journey ends in observation—seeing the All-Holy One, Who is called by the Most Sacred Names with the eye of the heart or insight. This will be explained later.

The clearest disclosure is when the Divine lights pervade the heart and all other faculties so as to enlighten and to be felt by all the emotions. In other words, an initiate feels the Source of these lights beyond what is demonstrated by His signs and proofs. This was the beginning of the spiritual journey of the Prophet, master of the creatures, upon him be peace and blessings. Throughout his life, all of which he spent at the highest of all ranks and at the summit of all virtues, he continuously traveled from closure to observation and always felt and experienced the mysteries of belief deeply. Especially during his Ascension, he acquired certified familiarity with all the mysteries that belong to the realm beyond, including Paradise, Hell, the angels, and even the sounds of the Pens of Destiny. Then he returned to the world in order to keep the way open for others to travel along, each according to individual capacity. Furthermore, he secured this way with reflector-like lights that he installed along it. In the ranks in which he traveled and made observations, he progressed without his eyes swerving and without his mind becoming perplexed, as declared in the verse (53:17), His sight swerved not, nor did it go wrong. When it came to the point where he was too great for this world of formation and deformation to bear and when he entrusted the way and journey to those who would come after him, he proceeded to his Lord, saying: O God! (Now it is the time to go) to the Highest Friend! His faithful followers have made the same journey in spirit which he made in the universal dimensions and which he has bequeathed to them with its means and results so that each can realize in part his journey, according to their capacity. Some have expressed their feelings, observations, and insights in the following words, “O Sariya! (Withdraw) to the mountain, to the mountain!”;[1] some with words which reveal their special relationship with God: “If the veil before the Unseen were removed, my certainty (of belief in the pillars and truths of belief) would not increase;”[2] and some with the glad tidings, “Be hopeful! The highest voice which will be heard worldwide among the revolutions of the future will be that of Islam.”[3]

O God! You are the First, there is nothing preceding You; You are the Last, there is nothing to succeed You. I seek refuge in You from the evil of all moving creatures whom You hold by the forelock, and I also seek refuge in You from committing sins and going into debt. And bestow blessings and peace on our master Muhammad and his Family and Companions, noble and honored.

[1] During the wars with the Sassanids,‘Umar, the second Caliph, saw Sariya, the Muslim commander, surrounded by the enemy at the front while he was himself on the pulpit in the Prophet’s Mosque in Madina thousands of miles away, and gave him the instruction, “(Withdraw) to the mountain, to the mountain!” at-Tabari, Tarikhu’l-Umam wa’l-Muluk, 3:42. (Tr.)