Repairing the Stronghold of Faith 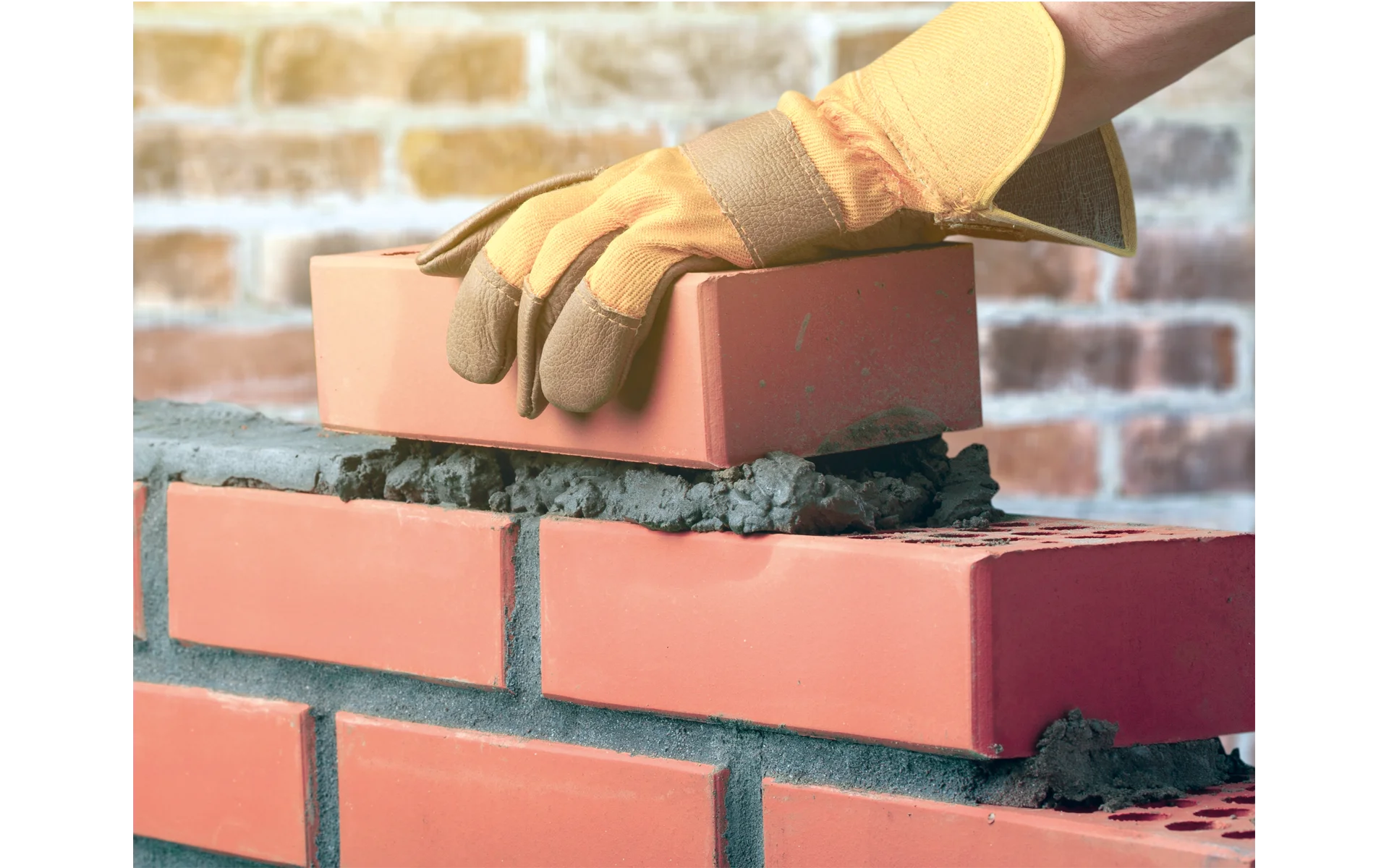 Question: Bediuzzaman says that the stronghold of faith has been damaged for years. What needs to be done to restore this stronghold?

Answer: Restoring is thousand times harder to achieve than destroying. To achieve a restoration, all inner and outer factors must be present. However, the absence of only one factor will result in destruction.

From the same perspective, you can also consider the construction or restoration of a building. Remember that such a genius as the architect, Sinan built his masterpiece Selimiye in six years. However, the work to repair damage caused by cannons and to restore it to its original form lasted for about 8 years. While the construction and restoration of the Selimiye Mosque was such a difficult and time-consuming task, a mere bomb or earthquake could cause serious damage to this magnificent work in just minutes or even seconds.

You can also think about the situation of repair and destruction in the human body. Sometimes, a poisonous substance in your food influences your body right to the neurons of your brain. It might confuse your sleeping and waking habits and you may need to receive treatment over a long period of time to be saved from its harmful effects and regain your health.

Likewise, if a society has lost its faith and its values have been torn down one by one, it takes a serious endeavor to restore and help that society back up onto its feet.

Reconstructing this monument, which has cracked, shattered and whose blessed pieces have been scattered here and there, and restoring it to a condition in compliance with its original identity depends on the strivings of idealistic souls who will sacrifice their enjoyment of life and personal happiness. As the saying goes, “No pain, no gain,” an Arabic poem expresses it as, “Scope of the gains made, depends on the pains taken.” To elucidate further, making material and spiritual accomplishments, ascending to great heights and crowning victories with other victories depend on striving and effort as well as using these efforts for the right purpose and in the right direction.

It should not be forgotten that no movement that aims to restore and resurrect a society can be promising and lasting unless it permeates from the bottom up. There are so many endeavors launched with pompous shows that stop a mere few steps away, remain stuck and paralyzed on the way and then disappear from the stage like a broken dream. When addressing the issue of restoring a society, a certain degree of initiative and support from administrators and politicians could perhaps help to remove some obstacles and progress faster. However, what really needs to be done is initiating the issue from the bottom up and making it widespread at the grass roots level. For this reason, it is necessary to begin with the ABC of the matter, knowing that setting a society right depends on setting individuals right, and never forgetting that it is impossible to set a society right without setting right all of its components.

The ideal of serving humanity and setting things right

People fixed on restoration and setting things right must act with a spirit of devotedness for their whole lifetime so that they can fulfill the aim of their life’s journey. Great projects sometimes failed for they were based on personal or familial benefits. Let alone succeeding, they adulterated that great ideal, and many opportunities of victory ended up with great loss. With the approach of Bediuzzaman, if politics, administration, or any establishment or organization is working on the axis of personal interests, then there is monstrosity in the issue. In this case, people begin to besmirch one another. When the issue is adulterated with personal interests, the masses come to loggerheads with one another and no progress can be made by the society. Being saved from domination of others depends on working ceaselessly for a lifetime solely for the good of the people and for God’s good pleasure.

People who have devoted themselves to the ideal of making others live in the true sense must pursue great projects and plans. They must have plans and projects even for the generations to come some fifty or sixty years later. Given that God has endowed humans with abilities that go beyond the narrowness of physical dimensions, individuals must know how to use these very well and not debilitate their abilities and capacities by condemning themselves to a narrow cage. In addition, they must never be abstemious about the work and activities they carry out on the righteous path or be satisfied with what they have done, but should seek different ways of opening up to the four corners of the world at every phase.

Let it not be misunderstood, such a thought of opening up to the world has nothing to do with invading the world or establishing new empires on the ruins of others. On the contrary, the real intention that underlies this thought of opening up is establishing sound, firm and warm neighborly relations with the different nations of the world. This will enable us to learn what we can from them and also let others’ hearts discern the human values, lofty feelings and thoughts that we try to represent, which are far beyond humanism. We already know that in the shrinking and globalizing world of our time, if such an understanding of neighborhood at the world level is not formed, contact with the entire world is not maintained, and close relations are not developed, the world will turn into an uninhabitable hell. Those fixed on brutality, who formulate plans to kill people and take the place of the people they killed, and who wish to make people clash with one another in order to continue their own tyranny, will continue their hegemony. However, it should not be forgotten that this old world has no tolerance anymore for such animosity based on grudge and hatred, or for the weapons of extermination, which are natural consequences of this animosity. If these waves of hatred are not stopped with bridges of love, tolerance and dialogue, then facing horrible events and an apocalypse that affects the entirety of humanity will be inevitable. For the sake of restoration, we must rely on God and, if necessary, be ready to face obstacles at the expense of the pleasures of this life. We must never harbor any worldly expectations about the different means God Almighty bestows for the sake of serving Him. If people who have volunteered for the revival of the entire world actually acted in favor of their personal interests, this would be an attitude of gross ugliness that cannot be reconciled with true humanity. We can even say that busying oneself with thoughts of earning Paradise through our efforts is disrespectful to our ideal. Using all our efforts, it is necessary to evoke this feeling in today’s generations. For the ones to change the face of the world will be the precious and distinguished ones who represent this feeling and thought.

The mysterious key to hearts

Being deeply concerned and feeling suffering for a cause is a very important dynamic to realize projects for the sake of setting things right and repair. A person in such a state, with God’s permission and grace, will not be deprived in terms of obtaining the things sought for the sake of repair. In this regard, come, let’s all of us beg some suffering from God.

Although religion is based on the principle of ease, the duty of the architects of thought in this respect is a very heavy one. As the master poet, Necip Fazıl, put it, they are supposed to give an extraordinary performance by racking their brains to the degree of squeezing their brains out of their nose. There are so many people who watch them expectantly, listen to their words, and who in a way act with mass psychology. Therefore, they need to care about making others live in the true sense rather than living for their own sake and should weave their lives around this very ideal. The standard must be kept very high in this regard, and the issue must be taken as an issue that concerns the entire humanity. In a globalizing world, if you don’t have a heart that represents your ideals in every place, you cannot be where you want to be and cannot realize the repair you desire.

While doing this, they must never give up their mildness and tenderness; they must reach into hearts using the language of love, for it is such a mysterious key that there is no rusty lock that will not be opened with it. If you use this language correctly, you can open all doors and reach into all obstinate hearts. As it is stated in a Turkish proverb, kindness even makes a snake come out of its hole. Given that the gentle finger movements of a flute player, or the sound, makes even cobras dance, I think a genuinely spiritual attitude and behavior will melt away certain feelings of animosity. As the Qur’an points out about repelling evil with goodness,[1] even some people that you see as enemies will begin to open their bosoms to you and say: “We have been waiting for you.”

[1] “Goodness and evil can never be equal. Repel evil with what is better (or best). Then see: the one between whom and you there was enmity has become a bosom friend” (Fussilat 41:34)