The Dynamics of a Changing World 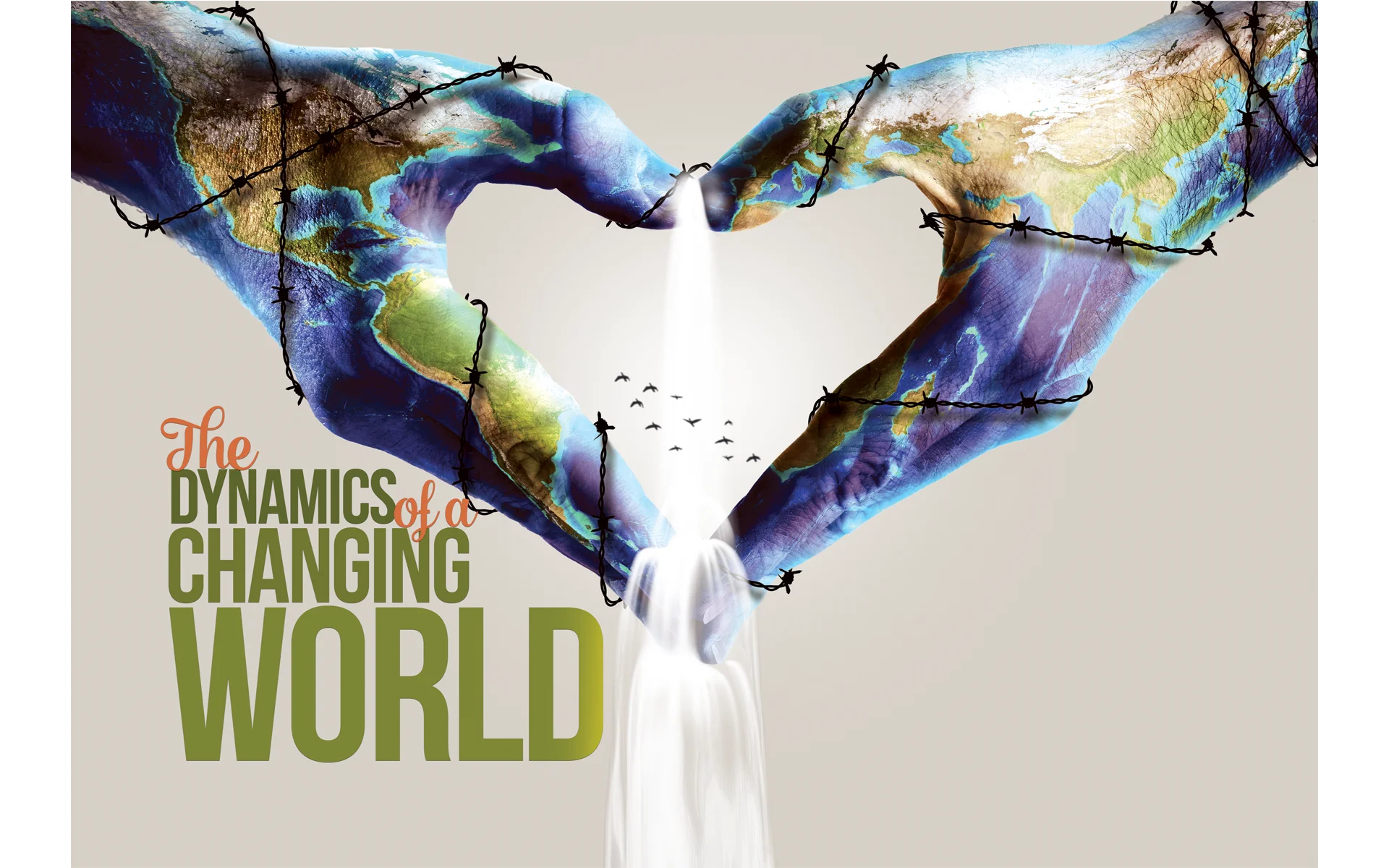 Today’s generations will leave aside their material, and even spiritual, expectations by sacrificing their own whims and desires, choosing to live for others rather than themselves.

From day one, the human experience has been that of continual change and transformation. While these processes of change and transformation—which can also be referred to as metamorphosis and development—have had their nuances depending on specific existing conditions, they have always recurred uninterruptedly and in essentially similar fashion. They continue still today, if with certain differences in detail and effect, and can be expected to continue without interruption from this point forward.

Hence, the future will come with many promises, exigencies, and rules unique to its times and will exert pressure on us over certain issues and steer us into particular affairs. Before these many pressures reduce us to the bewilderment of unexpected events that are impossible to resist, before they cause us to stumble or fall in a daze, we must know who we are and be positioned as ourselves, so that we are not crushed between the teeth of time and the ruthless cogwheels of events; so that we can walk into the future with our hearts filled with belief, our eyes gleaming with hope, and without being hindered or distracted along the way. These are essential if we are not to be overcome by waves of greater change and transformation that would cause us to forget the adverse change of today, which we may be trying to resist for the sake of our future existence, and in order for us not to be blown hither and thither like debris. In actual fact, those waves—with all their horror and destruction—have already started to advance upon the world.

It is difficult to be optimistic regarding the future of a world built upon the foundations of moral egoism, economic individualism, social racism, and general self-aggrandizement; in such a world, power and the powerful are the aggressors, people are egotistical, and matter is venerated. Material goods like gold and oil are worshipped as deceptive golden calves. Those at the helm of this cursed system are each a Samiri,[1] and the affluent in this order are each a Korah.[2] In truth, it is exceedingly difficult, perhaps even impossible, for those crushed beneath the cogwheel of this system to find a path towards the future.

What we, as humanity, have seen and understood with respect to our recent past and are now able to observe more clearly is that this world, which has forgotten God and glorifies matter, might, lust, race, and selfishness, is spiraling towards annihilation. If the inheritors of the earth, our sole consolation for the future, do not pave the way for humanity to reinterpret itself anew by putting forth a new code of morality, a new understanding of economics, a new philosophy of labor, a new love of modesty, and a new spirit of responsibility based on reverence, awe, and love, we will experience new catastrophes, ones so bad they will overshadow the destruction of the world wars.

Some, with the impression that we would not have enough capacity to realize such a project, may consider any plan a wild fancy or hope, and every venture to be in vain. However, a consideration of those supportive things actually accomplished would reveal that they are not at all behind those that were planned in the first place; if we could look back more clearly on the recent past, with respect to the last half century, it would quickly become apparent just how steep are the peaks we have climbed as a society. However, some pessimistic souls, perpetually giving in to despair and hesitation, and, unable to attain steadfastness and resolve in their thoughts, will never be able to see and accept this. They cannot free themselves from the stupor of the past few centuries.

Today, our society is experiencing a collective mobilization, so to speak, within almost all its segments. Greater numbers of people are drenched in sweat and working assiduously to reach the goals set as an ideal on the path of settling their accounts with the world. They turn to eternal pleasures in lieu of the temporary pleasures and comforts they regard to be trifling, as per their ideals. Leaving comfort, they seek struggle in the way of being able to continue surviving as a society, eschewing pleasure and walking constantly and unswervingly according to eternal values, cautiously, with much effort and suffering.

Many times throughout history we have struggled for survival, and have always sought to maintain balance among nations. During that struggle, eras have come to a close, while new ones have begun and have led the way in a great many world-wide transformations and advancements. We are thus aware of the implications of such values as exertion, endeavor, and circumspection, which are considered the mysterious keys of the change and transformation to come, and which we have continually observed in our vast spiritual heritage. We are of the belief that today's generations, as with those of the past, will leave aside their material, and even spiritual, expectations by sacrificing their own whims and desires, choosing to live for others rather than themselves.

After all, were not the developments the world experienced in given periods, such as the Renaissance, the Industrial Revolution, and more recent technological advancements, always born of this fiery will and profound faithfulness? Only those indolent and slovenly souls enslaved to their carnality would shun the opportunity to act selflessly in the name of their sacred cause. What do hardship, difficulty, and death matter for those refined spirits whose hearts pursue lofty ideals, and who have embraced the meaning of their purpose?

Regarding our recent past, a fever of revival has begun to be experienced anew in our society. This is, moreover, a fever of revival which promises certain constructive changes for the world as a whole. It is not pursued out of some desire to establish dominance over the entire realm; rather, it is a promise to contribute to the larger world from our own cultural richness and understanding of civilization; it is an opening up to a world which is experiencing a process of renewal. Through such an engagement, the future will become, for our part, much more placid and familiar. On the contrary, a realm of which we are not a part, and to whose molding we do not contribute, will always make its strangeness felt to us and, like a cruel stepmother, will put forth the measure of its distance even when taking us into its embrace, perhaps even not failing to pinch us at the same instant it shows affection.

[1] According to the narration in the Qur’an (20:95), Samiri tried to lead believers to idolatry by crafting a golden calf when Prophet Moses was away on Mount Sinai.

[2] Mentioned as Qarun in the Qur’an, Korah was an immensely wealthy man who, instead of being grateful to God, gave credit all to his own knowledge, and eventually revolted against Prophet Moses.