A Letter from Radon 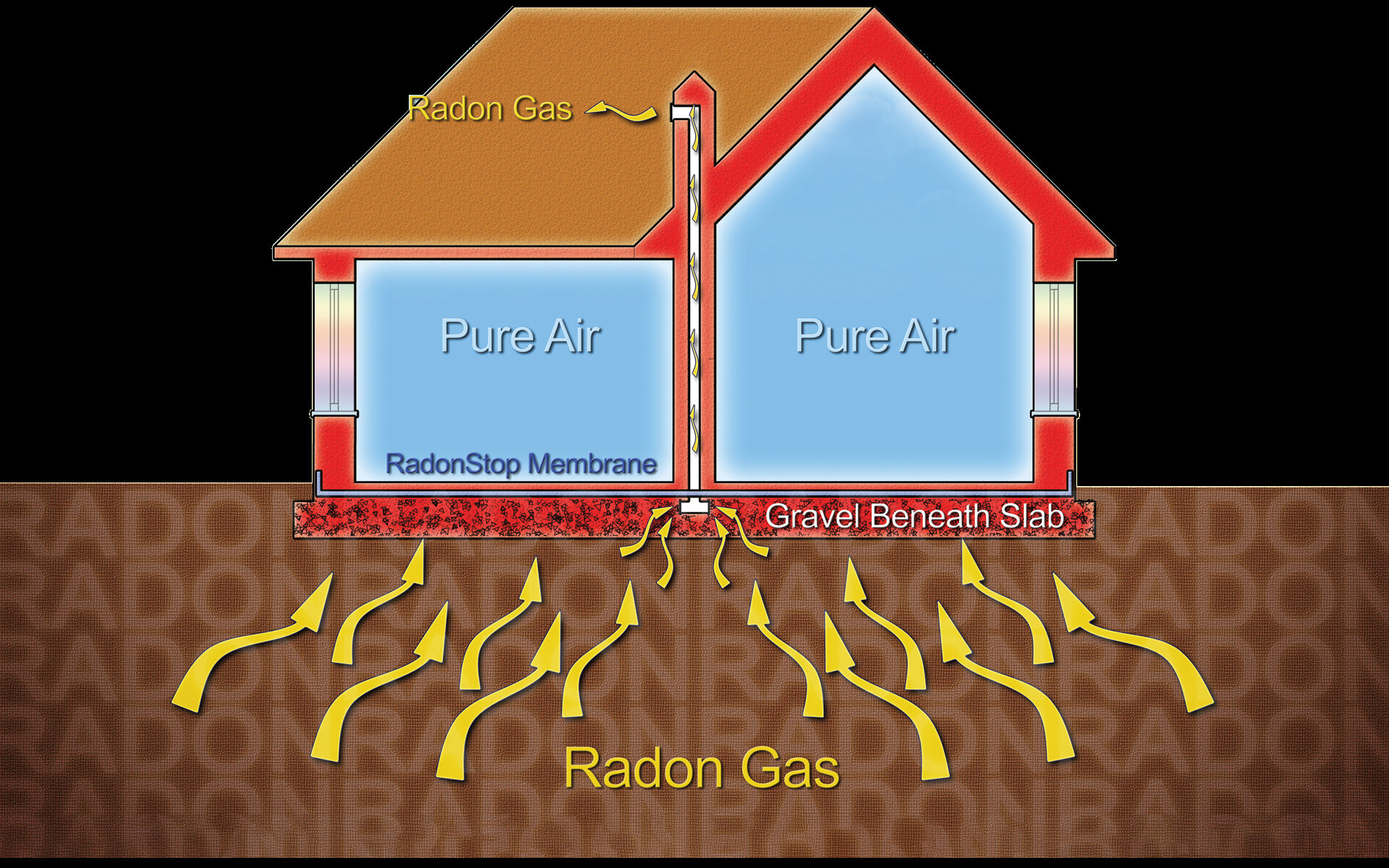 Radon is one of the noble gases in the periodic table. It is the heaviest, naturally occurring one among them. Due to its size, it is the most likely to establish compounds with other elements, compared to the other noble gases. However, its radioactivity easily breaks the bonds that are established between Radon and other elements. Thus, Radon has very few known compounds.

Radon forms in the radioactive decay chain of Uranium, which then forms Thorium, then Radium, and finally Radon. Radon condenses to form a solid that glows with yellow light due to its radioactivity. The half-life of Radon changes depending on the isotope at hand, but the longest half-life detected is around 92 hours.

Radon naturally occurs underground, and does not dissolve much in water or other liquids there. When it leaks above surface in the form of gas, it tends to accumulate in the not-well-ventilated parts of the houses, e.g. basements. Exposure to Radon gas is linked with cancer, and so it is considered as a health hazard. On the other side, the hot springs that contain trace amounts of Radon gas are used rarely to cure heart disease.

The following is an allegorical story in the form of a letter about how Radon develops in nature.

I am the only survivor from a quadruplet. One of my sisters survived only 108 minutes after birth. The death of the second one followed about half hour later. I spent my childhood with my only remaining sister. Our mother was not there either, because she had died while giving birth to us.

As we were growing into our adolescence, we shared many secrets with my sister, be them adventurous or romantic. She was a sister, a close friend, and sometimes a mom. When she died in her flourishing age, I not only lost my third sister but also lost a mom for the second time.

Since then, without bothering myself whether they are friend or foe, I let people approach me. I show affinity to them so much so that I am considered as the most sociable noble. When they start enjoying the beauties displayed on me, I am stressed by my need of privacy and security. And, I easily push everyone away by intimidating them with the very beauties they were attracted to.

So, life has been a bottomless solitude for me… Yes, being alone is part of being noble, and I need my privacy in my ivory tower. But I’d rather not have impenetrable walls between me and people.

What a discrepancy! I have a habit of intimidating people to push them away, but I am complaining from an endless solitude at the same time… Why am I like this? It feels as if there is an unknown person in me, over which I have no control, who is doing things using my body. Should I cry for help: I am stolen!

But life goes on, you know, whether you are a noble who pathetically seeks solitude, or if your mother died when giving birth to you, or if you are a pregnant mom left to herself… “The great gears of life turn with irresistible momentum. You either keep pace with it, or get smashed in it.” That’s what my mother said in her letter to me. And that letter is all I have of her. Though, however much I would like her to be with me, and share my joys of success and sorrows of failure. Maybe she would reveal precious life lessons to me, or whisper her secrets into my ear. Maybe she would reprimand me sometimes… Not a single moment lived with her, not even a smack… I wished that this not be the lot of my baby, but how?

I thought of Prophet Abraham’s wife, Hagar. Alarmed by her baby’s cries, she had rushed between two distant hills in search of finding some people to come for help. God had replied to her efforts by creating a spring in the middle of the desert, just near her, and guiding travelers there.

Following Hagar’s example, I tried taking refuge near people so that my baby would not be in a lonely world. In order not to disturb them, I chose their least used places. But people cast me out of there, lest I contract some illness. I tried fancy yellow dresses to make myself look friendly. But, instead of becoming friends, they put me in glass chambers. I tried to help people with some of their diseases, but except a few, they shunned me since I was too risky to be adopted into medical practice.

Oh my God, despite all my efforts, my baby was going to come into a solitary world like her mom’s. I knew I was going to be alone when giving birth, and so was my baby. There was a sour smile on my face every time I thought of her…

But maybe… Maybe one day, God would guide travelers here, and she could join them, and prosper wherever she ends up with. Maybe she would have a stable family, and become the mother of many. And I hope, even in her well-established state then, she could still keep her lineage at heart, from our grandest grandmother all the way down to her mother: Uranium, Thorium, Radium, and, me, Radon.

What could I do to make sure that my daughter holds on to her past? Could I write a letter, just like my mother left to me? Maybe that was a good option, since I inherited from my mother all the letters left from mother to daughter starting with the grandma Uranium. Yes, I could abide by the tradition of letters, and tell my daughter how much I loved her even before I could hold her in my arms. I could tell her that she had appeared in my dark night like a bright star, although she was yet in my womb. Maybe this way, she could feel at ease when with people, unlike her mother. She could make real friends and be happy with them, even if I won’t see her once.

Yes, I won’t see you, sweetie. It is what the doctors told while giving me your glad tidings: that I had cancer, and that my body would not sustain a birth. I had to choose between carrying you and a life without you. I chose to live with you, my precious, even if that meant the end of my life when yours bloomed. When you are going to be reading this letter, I’ll be watching you with your aunts. Shine and make us smile with your beauty.