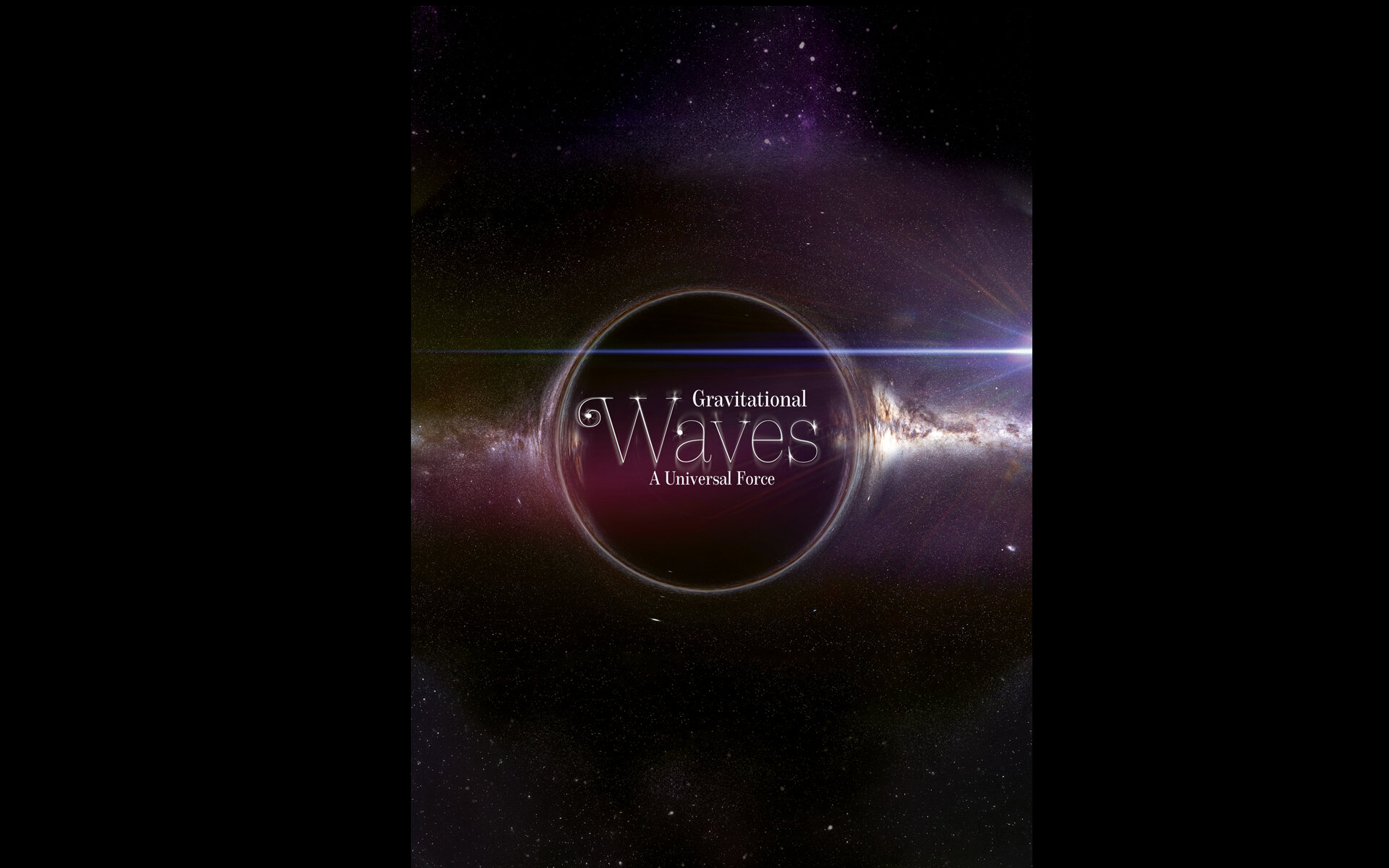 Gravitational waves can be defined as the vibration of space-time. Sky is an ocean in which the waves are stationary.

When you throw a rock into the water, when a taut rope is plucked, when a spring is compressed and then released, or when our larynx vibrates, what forms is a wave. In each case, the medium where the wave forms is different: water, air, etc. Interestingly, light waves do not need a medium to travel.  A common feature of all kinds of waves is that they have wavelengths, frequencies and amplitudes. Another important feature they have is that there needs to be a source that triggers the wave. A spring, for example, needs to be compressed to produce the wave.

Gravitational waves, on the other hand, can be defined as the vibration of space-time. These waves were predicted by Einstein in 1916 in relation to the general theory of relativity. Let us consider that all interstellar and intergalactic space is filled up with a substance similar to water. Then when, say, two black holes collide, space itself ripples like water. In fact, discussions have long continued over the existence of ether, a substance that forms the texture and essence of matter. If there are waves in space, then it is highly likely that there is ether that fills up space as well.

In a very interesting narration, the Prophet Muhammad, peace be upon him, is reported to have suggested that heavens are not a vacuum: “The sky is a wave held back” (Tirmidhi, Tafsir surah, 57/1). Bediuzzaman Said Nursi, in his interpretation of this hadith, says, “[Sky] is an ocean in which the waves are stationary” (The Gleams, Twelfth Gleam); in other words, heavens are a sea whose waves have settled, calmed and become still. The Qur’anic verse 36:40 reads “It is not for the sun to overtake the moon, nor does the night outstrip the day. All (the celestial bodies and systems) float (swim) in an orbit (determined for each).” We can infer from this verse that space is likened to a sea because floating or swimming can occur in a substance but not in a vacuum.

The discovery of gravitational waves

Gravitational waves were discovered by a team of experimental physicists on February 11, 2016, that is, exactly one hundred years after they were predicted by Einstein in 1916, and the discovery earned three physicists, Rainer Weiss, Barry C. Barish, Kip S. Thorne, the Nobel Prize in 2017. The LIGO observatory (www.ligo.caltech.edu/page/what-are-gw) used an extremely sensitive interferometer to detect the gravitational waves produced by the collision of two black holes, one having 29 times the mass of the sun and the other 36, 1.3 billion years ago. The researchers used such a precise mechanism that it (the interferometer) could measure the distance to the nearest star to an accuracy smaller than the width of a human hair.

The LIGO observatory used an extremely sensitive interferometer to detect the gravitational waves produced by the collision of two black holes, one having 29 times the mass of the sun and the other 36, 1.3 billion years ago.

The working principle of an interferometer is based on the idea of splitting a laser beam from a single source into two components and then recombining them. The split beams get to the target at the same time after diverging at a right angle and being reflected back from two mirrors. Scientifically speaking, there is not any phase difference between the two. However, if the beams are subject to an effect like gravitational waves, the waves cannot get to the target at the same time, or in scientific terms, an interference pattern is formed on the screen because of the phase difference. In the same way, the waves generated by the collision of two black holes had an impact on the movements of the perpendicular laser beams as they ran past the area that housed the interferometer built by the LIGO team and caused a time difference in their arrival at the detector. In this experiment, the effect of the gravitational waves was measured by directing laser lights through L-shaped vacuum tunnels four kilometers long. The length of the tunnels was so precisely adjusted as to measure a difference, if any, as small as a proton.

The reason why the laser interferometer was so finely tuned is that the waves generated by two colliding black holes are so infinitesimally weak that only such an experimental mechanism could capture them. In other words, the experiment had to be precise beyond the atomic scale because the gravitational waves that reached the solar system could change the distance between the sun and the earth by just the size of an atom. To reiterate, the mechanism was designed so precisely that it can detect differences between laser beams as short as ten-thousandths the size of a proton. It should be remembered that a proton is a very, very small particle in the nucleus of an atom with a diameter of 10-15 (one-million millionth) of a millimeter.

Gravitational waves are generated in space all the time. Large-scale phenomena such as the collision of two black holes or the explosion of supernovae cause ripples in the sea of space. It is highly likely that systems that can detect these waves will provide us with new information about the fabric of space and thus lead to new discoveries.

The fact that gravitational waves were discovered using technological tools is an excellent example of how technology can nurture science. Moreover, this study proves that some discoveries can only be made by big teams like those in the CERN experiments.

It is postulated that the universe rippled violently during the first creation as a result of the tremendous expansion, the effects of which might still exist and should warrant new studies. It is only a matter of time that a super-sensitive mechanism could confirm the Big Bang theory. It is believed that the gravitational waves generated at the very beginning of this expansion are still present and experimental designs such as that in the LIGO are likely to discover them. The Qur’anic verse 51: 47 is considered to be referring to this expansion: “And the heaven, We have constructed it mightily; and it is surely We Who have vast power, and keep expanding it.”

It is almost certain that technological progress will lead to new discoveries that will provide us with deeper insights into the incredible composition of the universe. Bediuzzaman describes the universe as “a rosebud, wrapped in thousands a variety of veils of unity” (The Rays, Second Ray, Third Station). Every new discovery is going to show us the magnificent secrets of this rosebud.