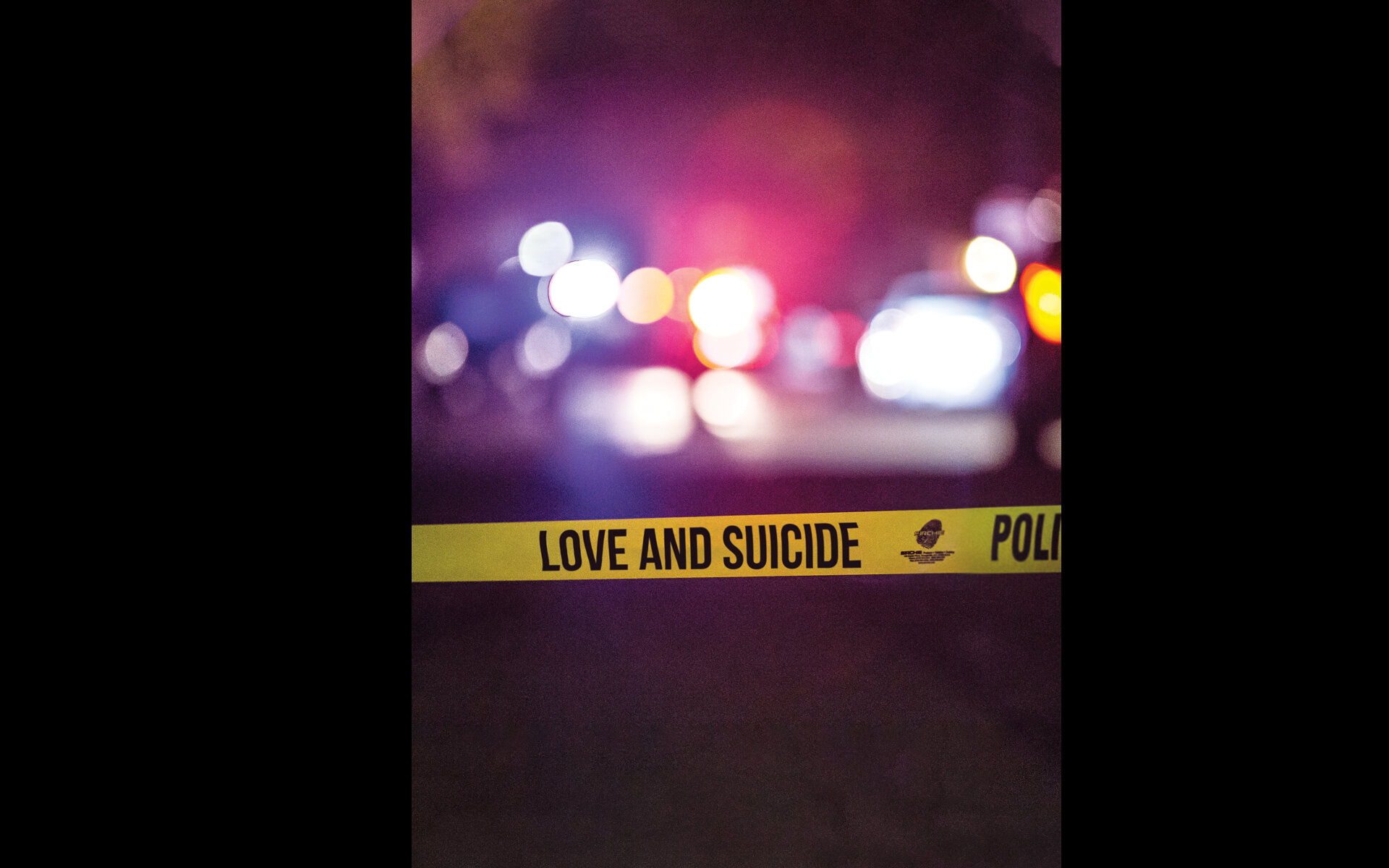 The day my husband died, my work for a newspaper had taken me out of the office to do interviews and take pictures. I hurried back to my computer because I wanted to finish early. The man I had loved for three decades had not been well for several years. He had attempted suicide several times before, and I had always been there to stop him, but today – on a most magnificent Tuesday, the kind of day only an Alabama sky can provide – I was worried. The weekend had given us new problems, and new problems usually brought with them reactions that could range from unusual behavior to a complete loss of hope.

I telephoned him as I drove from one interview to the next. We talked briefly about ordinary things and about my new idea: that he should try out a new program I had found. He had been diagnosed with bipolar depression in 2004, a behavioral disorder that decreases a person’s ability to handle stress. The toll this took on him in a few years far exceeded the ravages of major depression he had dealt with alone for a lifetime.

Those years had taken a toll on me, too. But I had no idea what lay just ahead. Suicide is not just a personal disaster. It happens to everyone in a family and devastates whatever life came before, changing forever those who are left behind.

After writing my column for the week, I left work early. I felt desperate to get home. On the way, I called him again. The day before had been his fifty-eighth birthday. Our plans had changed a couple of times recently, but the weekend had been eerily quiet. On Sunday afternoon, we sat on the deck in the sunshine. I grew tired watching him go through boxes of papers and discard this or that. At the time I thought he was just organizing. I left him to go inside and take a nap. When I returned he had finished, and the day ended with the sweetness I had known for so long: the satisfying closeness of just being with him.

But by this Tuesday, around four o’clock, the calls between our cell phones kept dropping – or perhaps he kept hanging up. I told him I was on the way home. As I did, I passed a grocery store and thought I should stop for a birthday cake. Yesterday had not gone well, and today I had a chance to do something special for him, but I was exhausted and felt driven to be with him. Something was wrong. I was sure of it. I didn’t stop, a fact I regret.

His voice, when we spoke again, was too calm. He told me he had broken into the gun safe, the one I bought after he had his first psychotic break. I realized later he could have done that at any time. My false sense of security had been nothing more than a thin veil.

“I’m not mad.” Inside, I panicked. What would I do now that I only had my voice with which to save his life? “Where are you?”

Carefully, as if speaking to a child, he told me. I asked him to put the pistol down and cross the road to our neighbor’s house. When the connection broke, I dialed 911, reported the situation, and heard the words that would change the course of my thinking.

“Don’t go in,” the operator said. “Sometimes they wait until they see you before they do it. Park on the side of the road where he can’t see you.”

That was something I had not thought of before. It terrified me. Woodenly, I obeyed. Now I had entered an alternate reality, shock creeping over me like a blanket. I stopped the car as close to the house as I could without being seen.

Eventually, a young deputy arrived, took my house key, and went inside, finding my husband’s body. He came back to my car, where I waited. Through the window, which was rolled down, he extended his hand, and I latched onto two of his fingers with my own. His expression was so pained that I couldn’t bear to make him tell me what he had found.

“I know,” I told him, and he explained that the scene would first have to be treated like a homicide. I nodded and stayed where I was as he drove back to the house.

It took more time for neighbors to arrive and the call to go out to our church friends who gathered around the car and waited with me. I made calls to his family and to our children in three different states. I was deep in shock.

From there, the nightmare of the past few years changed into the hellish existence of a grief I had never known before. I was familiar with death. My mother had died. So had my father and my brother-in-law. Even in childhood, in my life as a preacher’s kid it was not uncommon for me to attend every funeral and visit every grieving household. I played the beautiful organ in our church sanctuary at the funeral of one of my best friends’ father when I was only nine or ten years old. I had read and written about death, but this was different.

Physically, I had already used almost all of my strength. I had no reserves. My body was anemic; my mind was in a state of constant crisis. Even the moments between emergencies became crises because those were the waiting and worrying times. I never knew what would be coming next, but I knew it would be horrible.

Suddenly, as I sat in my car on the side of the road, he was gone, and I entered the aftermath of suicide. Since that day, I’ve worked alongside thousands of other survivors of suicide loss to try and understand what happened; and to mourn, heal, and rebuild. To help myself, I had to help others who were struggling through similar situations.

I discovered that grieving and hope can become entangled with regret and guilt and so many other emotions. During this confusing time, hope is a concept that is difficult to hold onto. Hold onto it we must, however, even if we have to borrow strength from each other.

Suicide changes us, but together, we can turn mourning into joy. For me, healing became a three-step process. I first found that co-support fortifies survivors so that obstacles like secondary wounding do not halt progress toward a successful return to life. Then, there is the essential but difficult step that enables survivors to let go of their past lives and turn toward new ones. No one wants to go on without a dear loved one, but a healthy recovery from grief depends on finding the strength to let go. Without this interim step, a survivor may not realize there are other ways to carry forward the memory of the lost one, other kinds of relationships that can be built with the departed. Lastly, there is an internal drive that emerges in most survivors that motivates them to go beyond just surviving to making meaning out of loss. This can manifest first as an instinctive need to do something. This guiding force inspires survivors to find or to create ways to carry a message forward, to turn their own personal tragedies into victories by helping others. They may write books, found organizations, set up foundations, or contribute in other ways. Many of these are artistic or creative in nature and come straight from the heart.

Suicide touches all kinds of people from every background and belief system. It can create a barrier between those closest to the person who died and those around them. Historically, suicide has been viewed by many societies as a social taboo, but the underserved stigma, shame, and shunning that surround suicide is being dispelled by the efforts of loved ones who are banding together to share both pain and healing. One such group – the Alliance of Hope for suicide loss survivors (www.allianceofhope.com) – is attempting to change the culture surrounding suicide worldwide. With the guiding slogan “Kindness Matters,” members share the simple but powerful knowledge that one can not only survive the loss of a loved one or friend to suicide but also can go beyond just surviving to rebuild happy, productive lives.

“You are not alone.”

“This was not your fault.”

“There are specific things you can do to build a new life that honors the one you lost.”

When I reach out in this way to comfort a mom or dad, a partner or child who is in more pain than they ever knew existed, it is because of the many times I saw my husband’s gentleness, his respect for all living things, his brilliant mind at work. His life is not defined by how he died. Neither is mine. He made such an impact on my life and on the lives of anyone who knew him that even his illness – even suicide – could not change the good he did in the world.

I can only hand survivors a little hope, but in that moment, hope is enough.