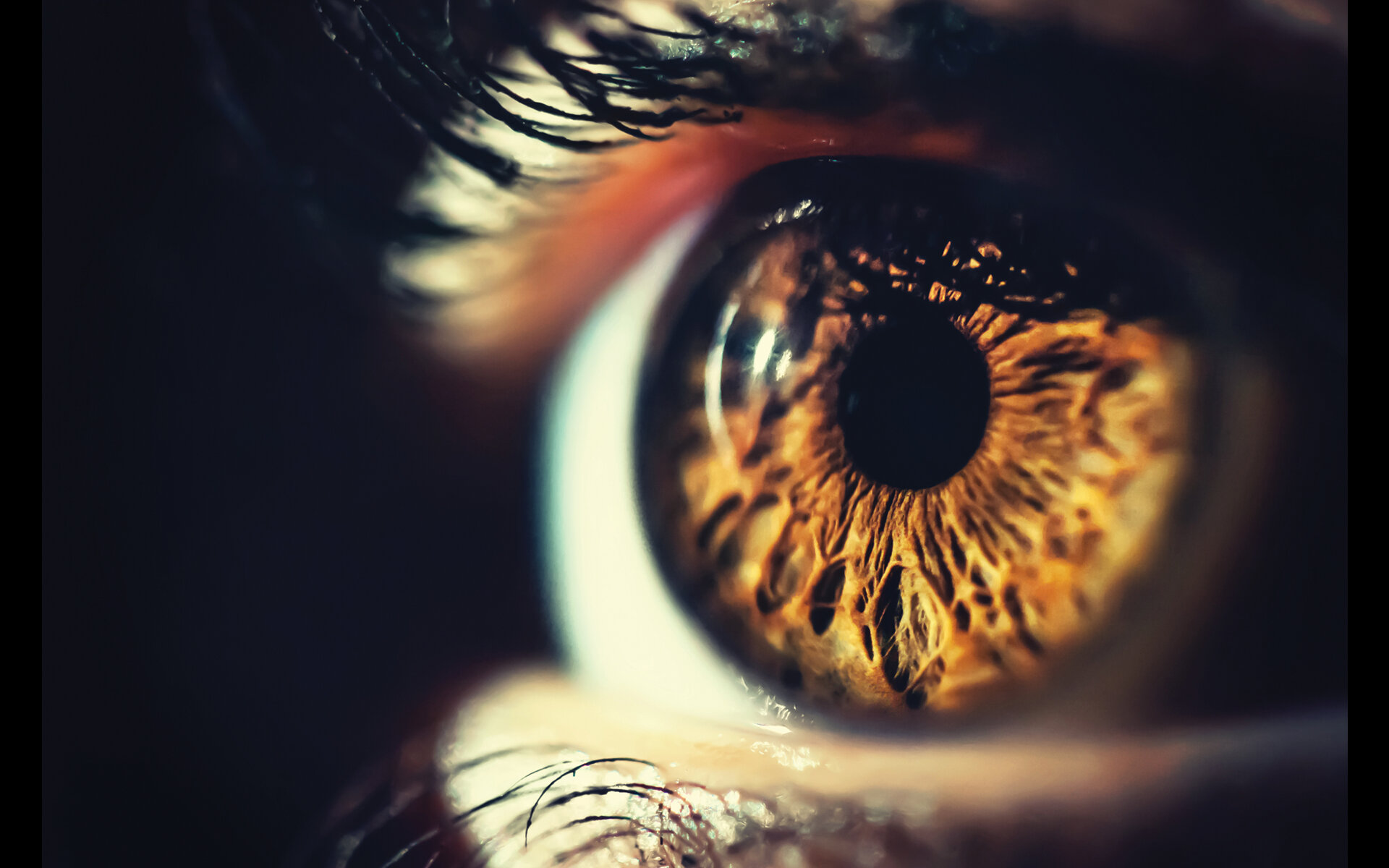 The eye is a miracle as it is. Even though we have a rough understanding of its basic anatomy, we are confronted with a much more complex miracle when we venture into the intricacies of its anatomy and the physiology of the act of seeing. We have theories about the many details – such as the perception and representation of mental images and their storage in the memory – but we still do not exactly know how the act of seeing works.

One of the most mysterious layers of the eye, the retina has an elaborate structure with a slew of functions. Not every eye surgeon dares touch the retina, which houses the most sensitive and special cellular layers. It is a three dimensional, crescent-shaped structure located in the back of the eye and is made up of ten super thin layers of cells that span the exterior part of the eye abutting the veins and its interiors.

The ten layers that form the retina are:

These layers are incredibly sensitive and elaborate, and studying their intricate structure give a sense of awe.

Light first arrives at and penetrates through the cornea, the living glassy layer at the outermost layer of the eye. It then goes through the frontal fluid (aquesous humor) and the aperture called the pupil (pupilla). It hits the internal wall of the retina (the inside of the crescent) after passing through the lens in the eye and then the optic fluid filling up the chamber in the back. This alone is an interesting fact because it is much later that the light that gets to the retina reaches the layer of sensitive cone and rod cells, which perceive light. As these cone and rod cells are lined one after another for their protection, light reaches this outer layer of the retina after the ganglion cells, retinal layers and nuclear layers. Such an alignment leads to a reduction of acuity in the peripheral regions of the retina.

The inner layers at the center of the retina, on the other hand, are drawn to the sides to prevent any loss in visual acuity. Resembling a pit, this section is much thinner than the periphery of the retina, so the layers that are likely to obstruct the passage of the light, and hence reduce visual acuity, are aligned specifically to allow light to directly hit cone and rod cells. Besides, cone cells, which are in charge of exact, colored sight, exist in this region, whereas rod cells, which are in charge of rough and uncolored (black and white) sight, do not.  The central pit where visual acuity is at its highest is for keen, colored, and exact sight. Why then is the rest of the retina not created for acute sight and why is this small section equipped with this ability?

As it turns out, if the entire retina had the ability to see keenly then it would not be possible for the eye to focus on a spot and accurately distinguish it from surrounding objects. If we could see the entire page of a book at a glance, for example, the lines would mix up in our brain. We would not be able to understand what we are reading. We normally start reading from the top of the written page and continue line by line as we focus on and take in each word. Our brain then can focus and perceive a single word accurately by restricting keen perception of the surrounding area.

The color black is known to absorb, not reflect, light. Thanks to such absorption, the layer made up of black pigments (melanin) or dyes prevents the reflection of light, which is crucial for visual acuity. This black substance functions like the black dye in the bellows of old cameras. If there were not any layer to absorb light, light would scatter off the wall inside the eyeball, thereby obscuring the sharpness between light and dark spots, which is essential for the formation of a clear image, and producing a blurry image due to the overall illumination of the retina.

People who lack this melanin pigment as a result of a genetic defect (Albinism disorder) have white hair, and they are oversensitive to light because the colored iris layer of the eye does not contain the melanin pigment, which refracts light. When an albino person enters a bright area, the light that hits the retina is reflected in all directions through the pigment-lacking retina and the white surfaces of the rigid layer underneath (sclera). Therefore, a ray of light that would normally stimulate a few cones or rods is scattered everywhere, stimulating all or most of the light receivers. As a result, visual acuity in albinos can only be between 20/100 and 20/200, even with the help of the best optical correction, which is a low value compared to 20/20 in normal sight. The joke that rabbits do not wear glasses because they eat carrots is based on the high concentration of vitamin A in this pigment, or black dye, layer of the eye. Indeed, vitamin A is a crucial factor for the health of these pigments.

Layer of rods and cones

The concentration of the cones increases toward the center of the retina and decreases toward the edges, to be outnumbered by the rods. In the cytoplasm of the cones and rods are stored substances that are sensitive to light (photosensitive) which break up when light contacts them and produce electricity in the cones and rods. In rods this chemical is called rhodopsin. In cones, on the other hand, are three substances corresponding to the colors red, green, and blue that are sensitive to the wavelengths of colored light. To be more exact, there are three separate cone cells that include one of these three substances. Chemically, the photosensitive substances in the cones are a little different from rhodopsins.

The destruction of rhodopsin by light energy

Rhodopsin, along with the color substances, fills up about 40% of rods and cones. They are made up of a protein called scotopsin and a molecule called retinene that is derived from vitamin A. When light energy is absorbed by rhodopsin or the color substances, rhodopsin starts to fade in as fast as one trillionth of a second. The underlying reason for this is that the electrons in the retinene (vitamin A) part of rhodopsin is activated by light, which alters the shape of the retinal molecule at a mind-boggling speed (one trillionth of a second). Extremely complicated and precise chemical and physical changes then take place. It is very difficult to monitor all of these biochemical changes, and they require specialization [1].

The regeneration of the rhodopsin destroyed by light

Rhodopsin destroyed by light is regenerated in the dark. Only in the twentieth century did we manage to partially identify the mechanism by which molecules with very specific geometric shapes decay at incredible speeds only to be regenerated later. It is wondrous that such knowledge and power are present in the cell allowing the light energy to destroy the molecule and the regeneration process is launched. The circulation between destruction and regeneration of the molecule continues throughout a lifetime [2]. Vitamin A is assigned a crucial task in the generation of rhodopsin in the dark. All-trans retinal is converted in the retina into all-trans retinol, which is then converted into 11-cys retinol with the help of an isomerase enzyme. Finally, 11-cys retinol is converted into 11-cys retinal, which in turn combines with scotopsin to form rhodopsin. Vitamin A is present both in the cytoplasm of rods and in the pigment layer of the retina. In this way, vitamin A is kept in reserve to be used for generations of new retinal. If, on the other hand, there is an excess of vitamin A in the retina, the excess amount is converted into retinal, by which the amount of light-sensitive pigment in the retina is lowered.

Night blindness appears in anyone who suffers a serious deficiency of vitamin A. Because there is a lack of vitamin A to be converted into retinal, rhodopsin amounts decrease dramatically. This disease is called night blindness as it is noticeable only in the dark or at night and does not affect sight during the day, due to the reduction of light for proper seeing. In daylight, however, cones can still be stimulated despite a similar decrease in color pigments. Night blindness typically only appears in people that have a low vitamin A diet because huge reserves of vitamin A are normally stored in the liver to be used for the eyes.

The human retina contains 400,000 light receptive cells per square millimeter. For comparison, this number is 680,000 in the retina of the owl, which needs to perceive even the slightest glow when hunting in the night. As another example, with 397,000 such cells the amount in the cat’s retina is almost the same as ours.

An average of 130 sight cells in the retina are connected to a ganglion (nerve node) cell. Constituting the nerve of sight, or the optic nerve (nervus opticus), every nerve fiber is connected to a ganglion cell. It takes about 15-60 seconds for the retinal optic nerves to adapt from dark to light, while it takes as long as 30-45 minutes to adapt from light to dark. The visual range of optic cells, i.e. the lowest and highest amount of light the eye can perceive, is between 10-7 and 106 nanometers. Light that is below or above this range is invisible to us because of its insufficient or overwhelming wavelength.

Clearly, it is not an easy job to elaborate on the divine art manifested in such a small area as the retina. Complicated structures and reactions that require specialization even to comprehend keep taking place smoothly every moment we look around. At least we can be thankful for this amazing gift of vision given to us free of charge so that we can recognize the universe.

[1] It causes the cys form of the molecule to change into the all-trans form. Although the all-trans form has the same chemical structure as the cys form, its chemical structure is different in that it is a flat rather than angular molecule. With the impact of light photons, the position of the molecule in space changes, yet its chemical composition remains the same. Because the position of the reactive regions of all-trans retinal no longer fit in with the reactive regions on scotopsin protein, the molecule is pulled off. The product that forms at that moment is batorhodopsins, which is a partly destroyed combination of all-trans retinal and scotopsin. An extremely unstable compound, batorhodopsin turns into lumirhodopsin in nanoseconds, into metarhodopsin I in microseconds, into metarhodopsin II in about one millisecond, and finally into decomposed products, scotopsin and all-trans retinal much more slowly (in seconds).

[2] The first step in the reformation of rhodopsin is the recycling of all-trans retinal into 11-cys retinal, which requires ATP energy and is catalyzed by retinal isomerase enzyme. Once created, 11-cys retinal combines with scotopsin to form rhodopsin.