Sleep Wellness: What to Do for It? 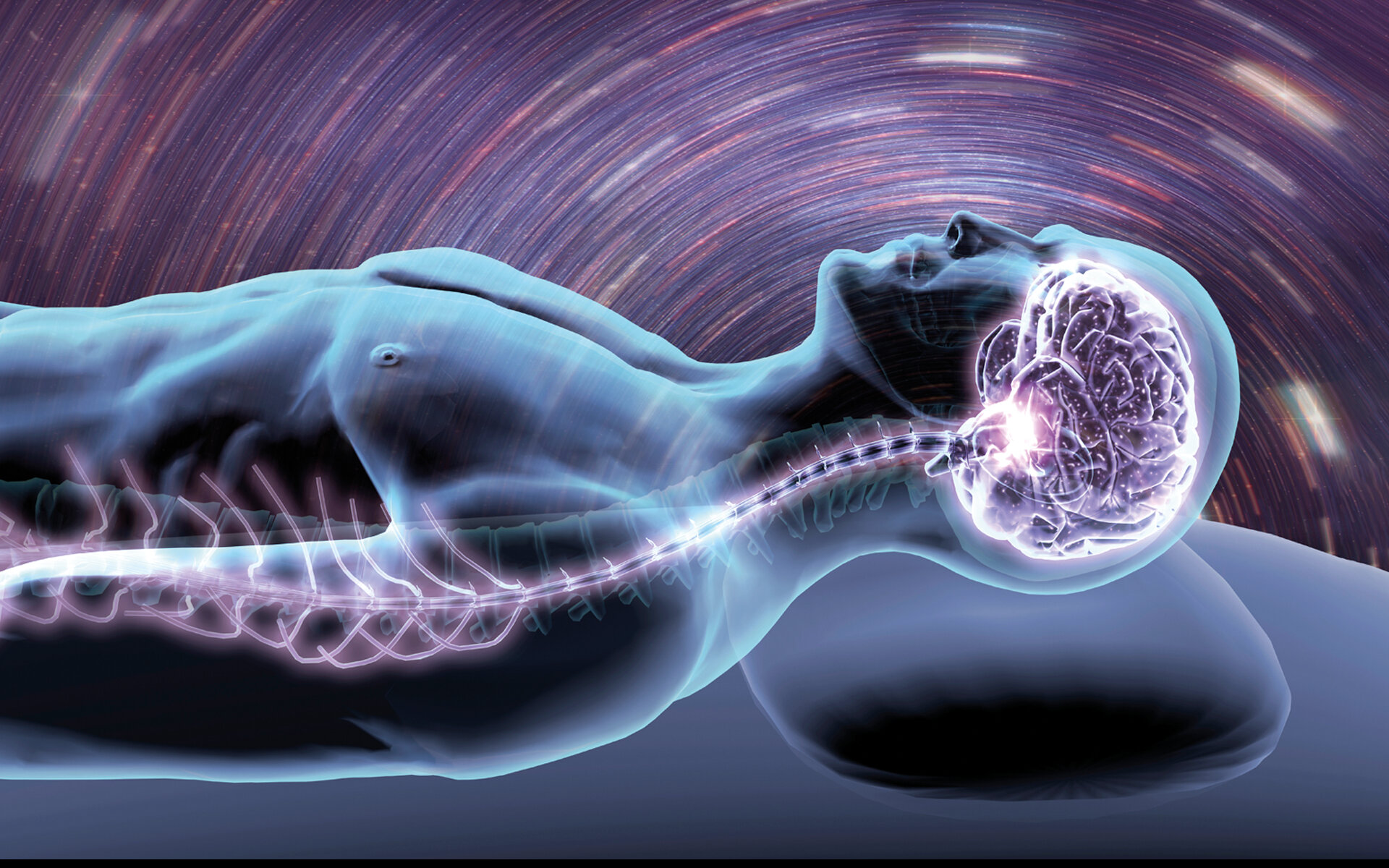 Sleep is a period of renewal that prepares us for the new day and enables our brain and body to perform duties that they cannot while awake.

Growing numbers of businesses are including good sleep in their wellness programs for their employees. Many of them now have sleep pods in their offices to improve productivity. In addition to diet, weight, exercise and smoking cessation, sleep wellness is now becoming part of our tools to prevent health problems; and this is a good thing.

Sleep is a period of renewal that prepares us for the new day and enables our brain and body to perform duties that they cannot while awake. Having a sufficient amount of high-quality sleep is vital for us to be healthier and to feel better during the day. Yet the number of people experiencing sleeping problems is on the rise.

The duration of healthy sleep varies from person to person. If the night’s sleep lacks quality –say, for instance because of frequent interruptions for the need to go to toilet – the total duration spend in bed extends. The craving or need for more sleep as a result becomes a sleep problem.

Sleep deprivation prevents certain brain functions that are enabled only during sleep. Sleep is necessary for learning and memory. Moreover, healthy sleep is crucial for appetite regulation, so insufficient sleep may result in weight gain.

In the general sense, sufficient and quality sleep is also essential for overcoming diseases and disorders. Therefore, many patients in the intensive care unit, especially those suffering from cerebral bleeding, edemas, or a heart attack, are put to sleep with drugs. Studies have shown that sleep is crucial for fast recovery of post-operational scars. It is essential that long hospital visits should be avoided so that the patient can have the much needed sleep.

Because metabolism slows down during sleep, all the bodily energy is redirected towards curing the brain and the body. Sleep is the time for repairing any part damaged during the day. Sufferers of sleep problems run a higher risk of developing illnesses such as Alzheimer’s and dementia. The number of neurons is important for memory as well. Their number decreases with age, weakening our memory. Age-related memory impairment stems from a breakdown of the brain’s communication network and can be prevented by healthy sleep. In addition, sleeplessness correlates with depression and cancer, too. The immune system also deteriorates in people experiencing sleep deprivation because it cannot be renewed and strengthened during sleep.

Coffee, tea, energy drinks, and other substances containing caffeine can prevent sleep for as long as six hours. That is, black coffee or strong tea you have in the afternoon may make it difficult for you to fall asleep at night. Similarly, if you have food that is high in fat and protein at a late dinner, you may experience problems drifting into sleep.

Some people have to work at night so they can sleep during the daytime. People doing night shifts, for example doctors, nurses and police officers, frequently develop serious heart and brain problems. Our brains are created so as to stay asleep at night and awake during the day, so people who go to bed late at night experience more health problems. Sleeping during the day after a sleepless night leads to sleeplessness the following night. However, a nap (siesta) in the afternoon is extremely useful in that it virtually enables renewed morning freshness thanks to re-regulation of hormones.

Our body clocks are influenced by sunrise and sunset. Modern people are exposed to less sunlight during day and more artificial light at night, which has an impact on the time we fall asleep. Increased exposure to the morning sun and decreased exposure to artificial light (especially from phones and computers) can help our body clock readjust to a normal sleep schedule and hence help us sleep earlier.

One of the most critical conditions for healthy sleep is to have a fixed waking hour. You should wake up at the same time no matter what time you went to bed the previous night. In fact, as a rule of thumb, you should get up from your bed at the same time in the morning whether it is weekend or weekday, work day or holiday, so that you can have a good sleep the following night.

The more tired you are when you go to bed, the harder it gets to drift into sleep. You should therefore avoid vigorous physical activity within a few hours before bedtime.

Contrary to widespread belief, reading books in bed, watching TV, or spending time on the mobile phone or computer makes it harder to fall asleep. Such activities should be done out of bed in another room, if possible, and the bed should be used for sleeping. In fact, sleeping somewhere other than your bed may also harm your healthy sleeping cycle.

Residents in big cities generally wake up very early to arrive at work or school on time and get back home quite late due to traffic. Sleeping late during the weekdays and waking up too early lead to an accumulation of sleeplessness, which needs to be made up for. Some research studies also have shown that late risers run higher health risks than early risers.

Certain regulations can be put into effect to help reduce sleep problems. For one thing, flexible working hours would enable more employees to start work later but more refreshed. Moreover, some businesses can arrange work schedules of their employees according to their body clocks. As a result, the performance and efficacy of the employees could be improved. Buildings can be made to let in more sunlight and thus dependence on blue light can be reduced.

Our need for sleep, daily and weekly, is more or less stable. This need is also related to your age. Sleep duration increases with your age: it peaks in your twenties and then your body clock tends to move back as you get on in years. As you get older, you need less sleep.

Sleep used to be considered to be a time of rest until recently. Today, however, sleep is accepted as a time for restructuring and physical formatting. Snoring, sleep apnea, and frequent visits to the toilet prevent high quality sleep.

Growth hormones are produced the most during deep sleep. We should therefore be particularly careful about ensuring that children get enough and healthy (deep) sleep schedules.

Sleep position is important, especially for the elderly. A position should be chosen that is least painful. For instance, the heart is believed to be more at ease when one sleeps on the right side. In this position, breathing takes place more through the left nostril rather than the right, enabling the sympathetic system to rest and the parasympathetic system to take over. When the parasympathetic system starts to work, drifting into sleep becomes easier and the duration as well as the quality of sleep increase. Sleeping on the right has been reported to be the tradition of the Prophet Muhammad, peace be upon him.

When you lie in bed, gaps remain between the bed and our neck, waist and knees. These gaps may need to be filled particularly for the elderly and those who suffer from pain in one’s back or neck. Herniated discs have become more common in employees doing desk jobs. A pillow can be folded slightly to support the neck, or special pillows that take the shape of the head and neck can be used. It may not always be necessary to fill in the gaps but if you have backache or hernia it might be necessary to support the waist. The support of a small pillow can be helpful in some cases of knee problems. In other cases, a soft pillow placed between the knees can be helpful.

Numerous studies in recent years have reported that cupping (hijama) and foot reflexology therapy can increase sleep quality. These two methods reportedly help discharge excessive static electricity and psychological stress that have accumulated in the body and thus make it easier to drift into sleep.

It is important to make sure we have enough amount of sleep for both our physical and spiritual health; not more, not less. Having a siesta for 1-1.5 hours during the day can also prove useful. Oversleeping numbs the human mind, may bring gloom to the heart, and may cause us to lose our ability to make good judgments. Going to bed immediately after eating and drinking may also be a cause for various illnesses, including obesity.