Hizmet Is a Social Movement 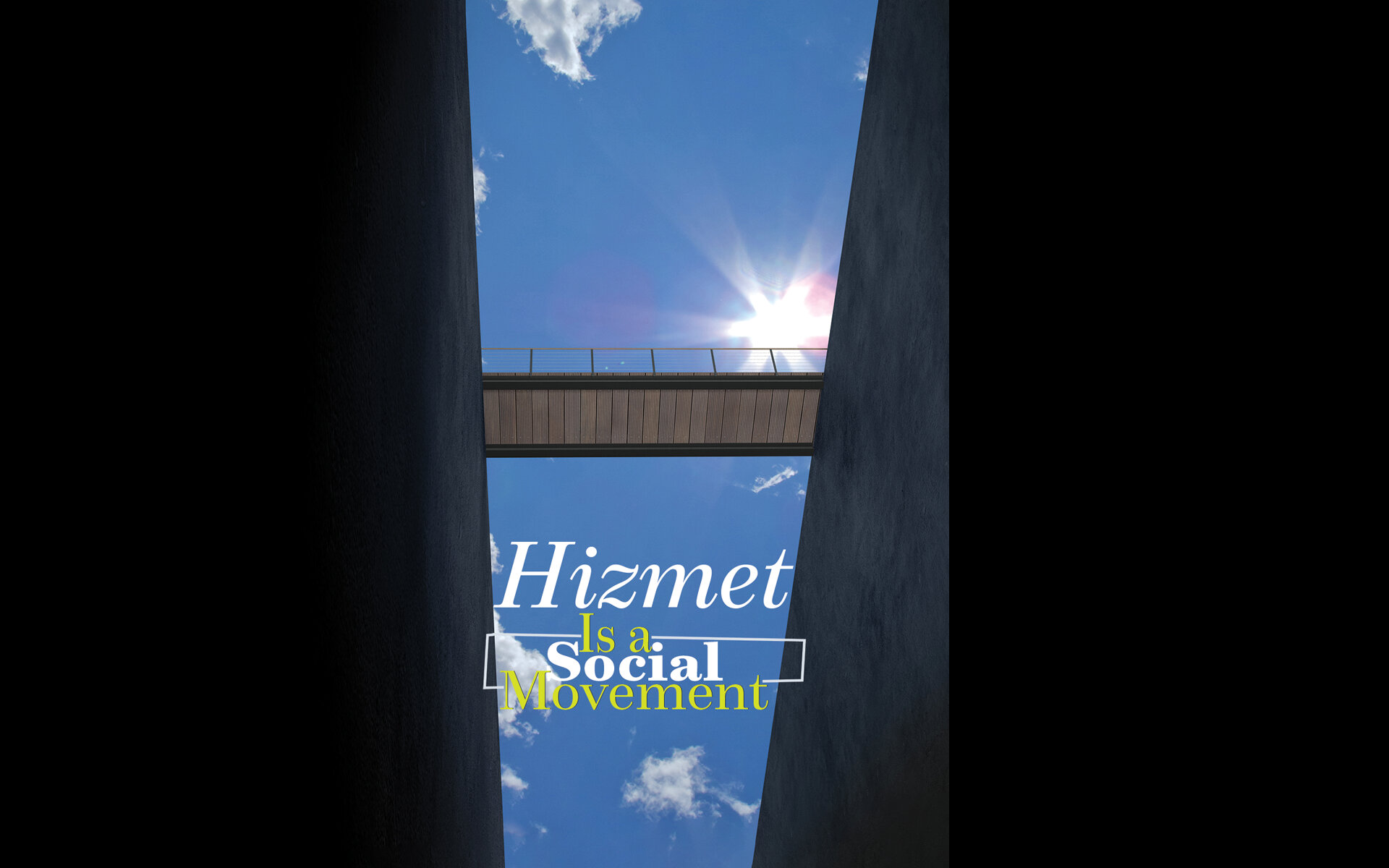 Hizmet Movement (aka Gülen Movement) has always been given different names, which rely on and point to divergent underlying ontologies and understandings. Cemaat (Community), Hizmet (Service), Gonulluler Hareketi, (A movement of volunteers), and Gülenciler (Gülenists) are just a selection of terms often used to refer to the movement. Nowadays, people have come to view the movement in diametrically opposing ways, due to the recent political history of Turkey. On one hand, some praise it for its virtues, claiming that it is a movement promoting and prioritizing democratic values and standards and standing against a corrupt government, at a very high cost. On the other hand, those who criticize it accuse the movement of interfering in politics and even plotting coups against democratically elected governments, and they try to label it as a cult – especially when they cannot prove their accusations. Therefore, a great discrepancy is very likely to emerge between how a sympathizer of the movement sees and defines it and how an outsider sees and defines it, as current developments in Turkey have pushed the public to the edges and have led to increased polarization. Thus, in order to see whether the Hizmet Movement is a cult or not, one has to remove himself or herself from political polemics and try to be critical and strike a balance between how the movement perceives itself and how it is perceived by the outside world. In order to do so, let us first consider how “cult” is defined in the literature and then see whether these definitions match with the Hizmet Movement.

Even though the meaning of cult has changed, the term acquiring differing meanings over time, it is generally and publicly used in a derogatory way to refer to movements that are regarded as socially deviant due to their unorthodox beliefs and practices. During the 1930s, anti-cult movements usually viewed cults as a disparate form of heresy. Similarly, Christian scholar Walter Martin defined a cult as a movement that applies, and relies solely on, personal interpretations of the Bible, in denial of mainstream beliefs such as the Trinity, the Second Coming of Christ, the ministry and personality of Jesus, and the like. Accordingly, new religious movements that were not a part of, or splintered from, pre-existing sects—these include movements such as Jehovah’s Witnesses and Christian Scientists—have been considered cults. From a sociological point of view, Max Weber ascribed the emergence of a cult to the routinization of the charisma of a self-proclaimed religious leader. A great variety of cults exist today—doomsday cults, political cults, destructive cults, racist cults, polygamist cults, and terrorist cults. Cults have also long been accused of applying unorthodox measures, such as mind control and abusive sex, to govern their members and of having secretive organizational structures to accomplish their objectives.

Any attempt to draw a distinction between a cult and a mainstream religious movement is an utterly value-laden endeavor, as it requires one to assume a position of authority and judge what is an orthodox or unorthodox practice or interpretation of a religion. Also, it is analytically impossible to determine how much deviation or what sorts of differences render a movement deviant and get it labeled as a cult, because even sects of the very same religion sometimes are predicated upon utterly distinct theological positions. For example, consider the God conceptualizations of two Christian traditions, Unitarians and Catholics. Whereas the former believe in the physical and spiritual unity of God and reject the idea of the incarnation of God in human form, the latter hold to the doctrine of the Holy Trinity, which states that the Father, the Son, and the Holy Spirit are divine manifestations of God. Or, in a similar vein, consider the example of the Alawites and Sunni Muslims; some groups of the former consider Ali, the cousin of Muhammad, to be the incarnation of God, while the latter view him only as the third rightly guided Caliph and as totally human in nature.

Despite this opaque and slippery conceptual ground, we can still systematically consider whether the Hizmet Movement is a cult and possesses any of the general characteristics and features attributed to cults. Let me rise above the dichotomies by considering the criteria for a cult, embodied in the definitions given below, in relation to the Hizmet Movement—namely, deviancy (unorthodox religious rituals), unorthodox means of control (mind control, abusive sex), and the presence of a charismatic leader—to determine whether it is a cult or not.

We’ll begin with deviancy. Even though the movement has often laid great emphasis on the spiritual resurrection of Muslims and humanity, it has not attempted to reject or change the pillars of Islamic faith and the essentials of the religion. It has not proposed theologically novel conceptions of divinity or prophecy. Quite the opposite—the movement intellectually and theologically associates itself with the earlier mainstream of Muslim scholars, thinkers, and movements and derives its legitimacy from its embeddedness in classical Islam. The criticisms leveled at the movement have mostly involved matters relating to the interpretation of religious texts. Accordingly, the movement has been criticized for its strong promotion of intimate relations with the members of other Abrahamic religions, for its willingness to engage in open dialogue, and for its support of democratization, which is often labeled as pro-Westernism by other religious movements in Turkey. Hence, the movement’s existing practices and theological dispositions do not suffice to qualify it as a cult, as they do not exhibit patterns of divergence and differentiation from mainstream Islamic rituals and practices.

Second, with respect to the employment of unorthodox means to achieve desired political objectives—even though the movement has been accused of interfering in politics and having a secret agenda, no proof has been presented thus far indicating the use of unorthodox means to control its members or accomplish its secret agenda. Even the recent purge in Turkey, which resulted in the removal of hundreds of thousands of people from their positions and the imprisonment of a large percentage of them, has not led to the disclosure of evidence verifying the use of unorthodox methods by the movement.

Finally, in regard to charismatic leadership, it is an actuality that Gülen’s charismatic and strong leadership has been very appealing to the masses. However, his leadership has not been grounded in any divine status claims, such as those of a prophetic or messianic character. His charisma has rather been derived from his expertise and erudition in respect to the religious sciences and his intuitive leadership skills. His leadership and charisma cannot be said to be premised upon any sort of divine claim, as has been the case with most cults. Ahmadiyya and Bahaism can be seen as cult-like Islamic movements; their leaders have made actual divine claims. For example, the leader of the former openly claimed messiahship and introduced unorthodox beliefs and organizational structures in the nineteenth century, and the leader of the latter identified himself as the last Prophet, which openly contradicted the mainstream belief of Muslims that the Prophet Muhammad was the last Prophet and Messenger of God. Gülen is neither seen as a supernatural human being by his followers nor does he claim prophecy or messiahship. His charisma is derived more from his spiritual personality deriving from the fact that he has acquired an immense amount of knowledge in the religious sciences and has combined that knowledge with successful practice.

By offering insight in relation to three aspects of cults, this article offers a framework within which the Hizmet Movement cannot be treated as a cult or cult-like organization. Unless there is concrete evidence and universal acceptance of deviant behavior, unorthodox means of control, and leader’s use of charisma to assert any supernatural or divine powers, no social movement can be categorized as a cult movement.